Charlie Powell has a yard filled with plants, flowers and Barbie Dolls. The quirky dolls are usually dressed or painted to reflect a holiday, but this spring, they are masked for the pandemic.

This article originally ran in 2020, but we're sharing it again today in honor of "National Barbie Day."

Charlie Powell is a professional landscaper, but he says he never wants to take his profession too seriously. Thus, for over a decade Powell has incorporated dozens of Barbie Dolls into the heavily-planted and soon-to-be-blooming front yard of his Bay View home.

The Barbies are usually dressed or painted to reflect the season – there are zombie and demon Barbies for Halloween, Christmas Barbies in December and so on. But this year, instead of dressing the Barbies as bunnies for Easter, Powell affixed tiny masks to their faces to represent the spring of coronavirus.

Some of the masked dolls are riding plastic yard flamingoes, others are holding martini glasses and enjoying a not-so-socially-distanced happy hour. All of them are topless.

"About 10 or 12 years ago it occurred to me that I live in Bay View and so we can get away with weird stuff in our yard," says Powell. 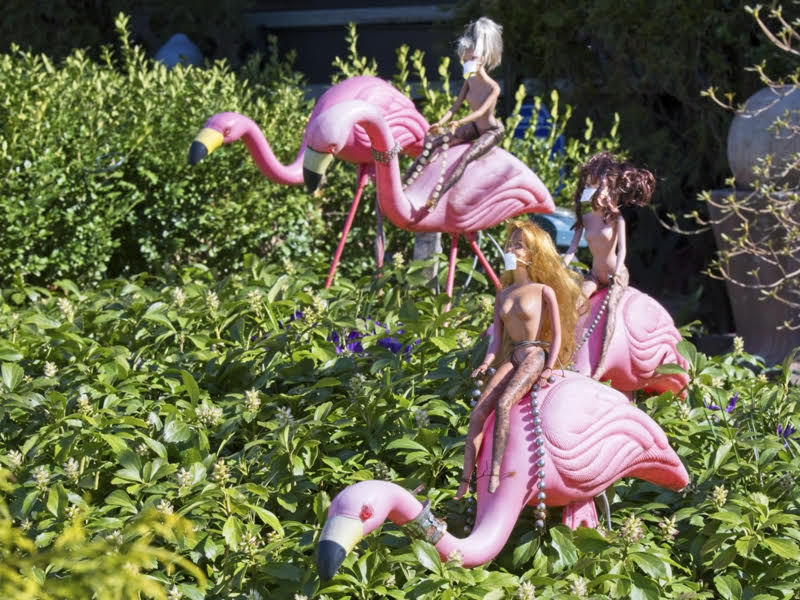 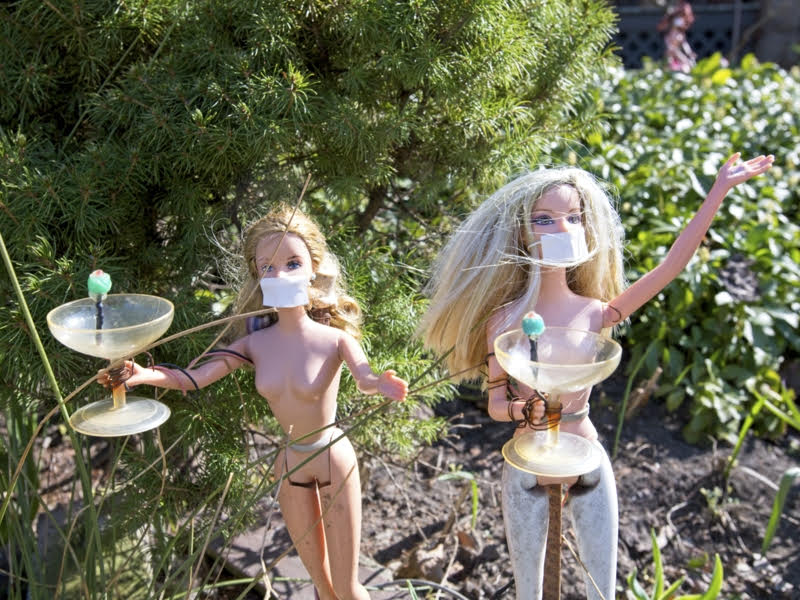 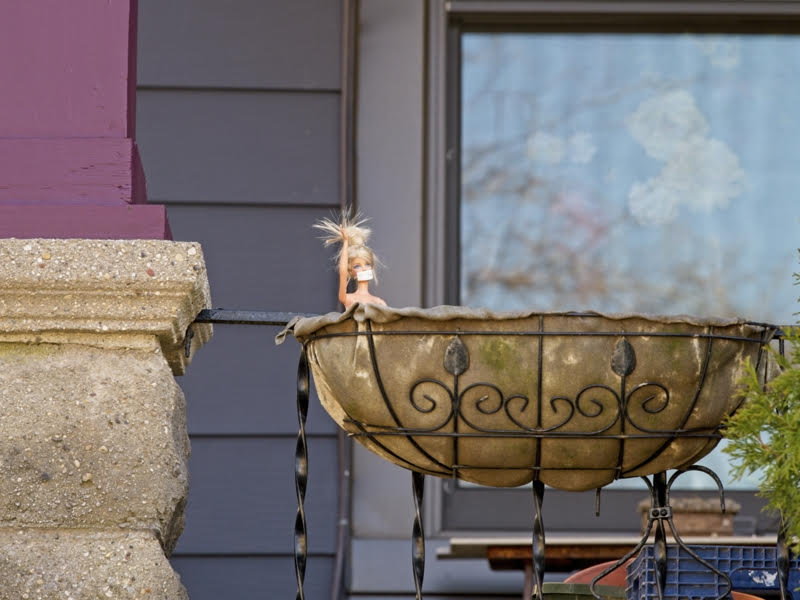 Powell’s good-natured neighbors refer to the dolls as "Charlie’s Angels" and now have a a pink flamingo and a doll or two in their yard, too.

"I landscaped their yard and, as a joke, I put a flamingo and dolls in it when I was done," says Powell. "But they left them there and said that they actually like 'em."

Originally, Powell bought a bunch of knock-off Barbie dolls at a Dollar Store in Gurnee Mills because they were on sale for a nickel. Since then, people have donated and gifted Barbies to him, and today he has hundreds in his possession.

People stop by at all times of the day and night to photograph the yard Barbies, but Powell says his displays are most popular with kids.

"Parents have told me they have to go blocks out of their way because their kids want to see what the Barbies are up to," says Powell. "I tell them this is where Barbies go to live out the rest other lives and to be happy." 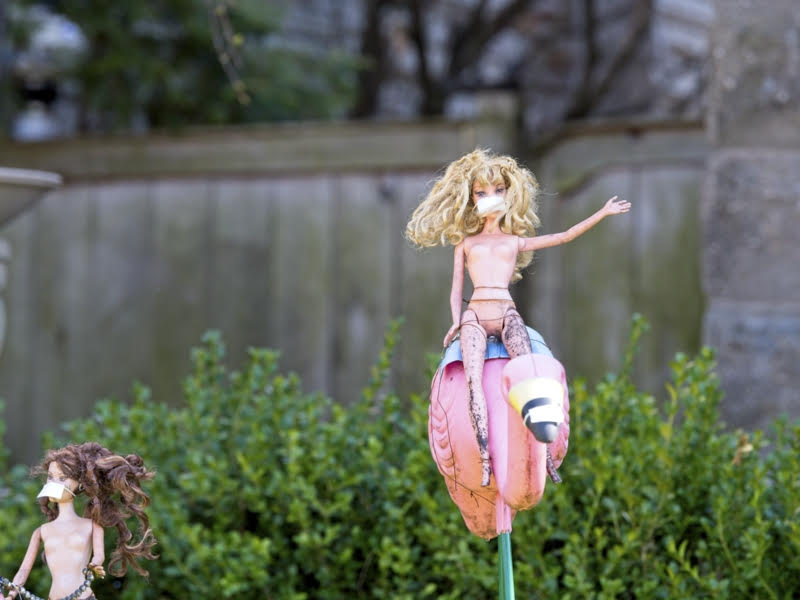