Over the past two and a half years, Bass Bay Brewhouse has undergone a steady transformation. Take a peek at the new space and menu offerings that are making it the hottest spot in Muskego.

Over the past two and a half years Bass Bay Brewhouse, S79-W15851 Aud-Mar Drive in Muskego, has undergone a steady transformation – from a 1950s vintage supper club to a rustic-remodeled restaurant and events space.

And while there are still details that require attention, including signage, a repaved parking lot and completion of the on-site micro-brewery, the restaurant has made large strides in the past few weeks which bode well for the future of this increasingly popular eatery.

"It’s unbelievable to think we started two and a half years ago, tore down two barns and moved the restaurant twice," says Ryan Oschmann, who co-owns the restaurant and event space with Laurie Oschmann, Andy Meinen and former SURG pastry chef Kurt Fogle. "Even though my grandparents, who owned the property years ago, have since passed, it’s hard not to believe that they've been here right alongside us the whole time."

The restaurant, which originally opened in the upper level of the spacious 16,000-square foot venue, quietly moved into its permanent quarters on the lower level of the building just before Mother’s Day. 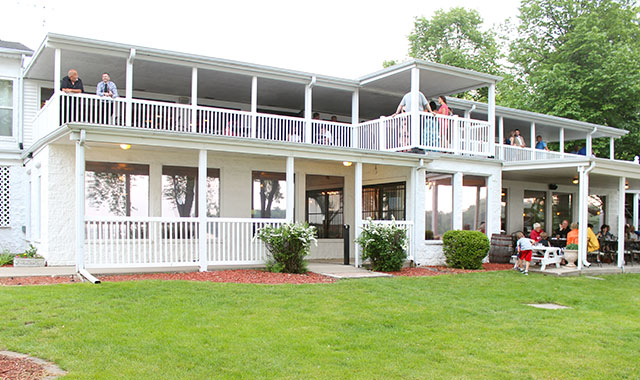 The upstairs has been fully converted into an event space, which can accommodate up to 250, complete with a patio-side view of Big Muskego Lake’s Bass Bay. 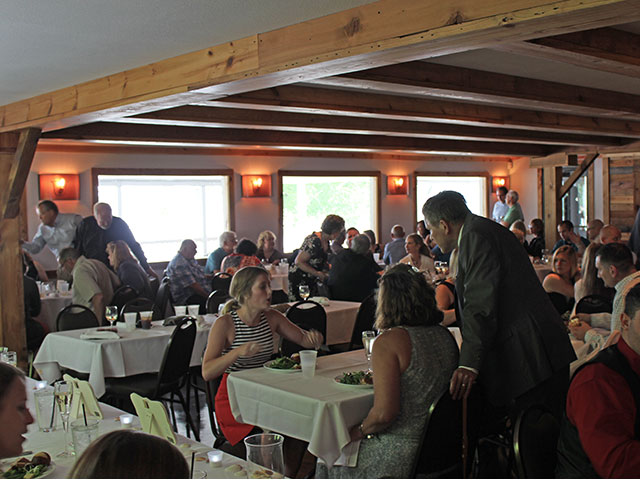 Meanwhile, a new lakeside entrance welcomes customers into the restaurant space, which boasts a ground view of the bay. 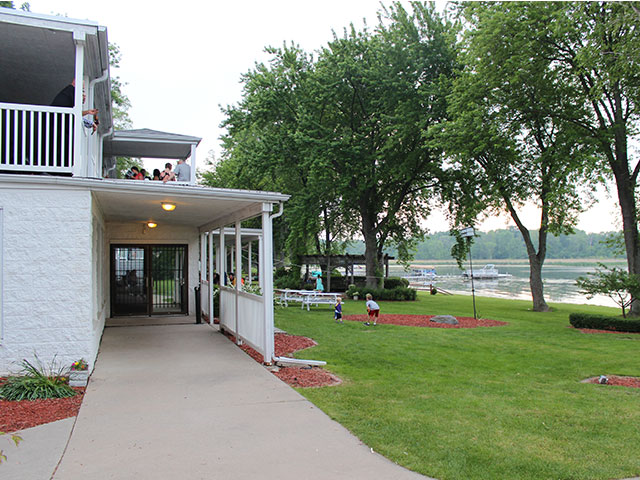 Inside, a spacious dining room, which seats up to 180, boasts rustic barn board paneling, wooden tables and new lighting. 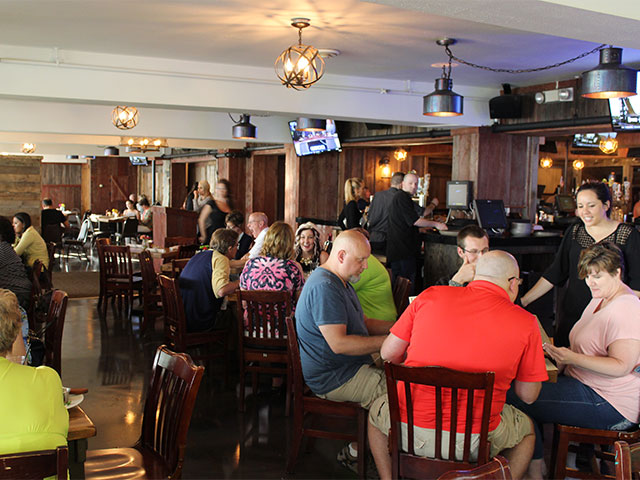 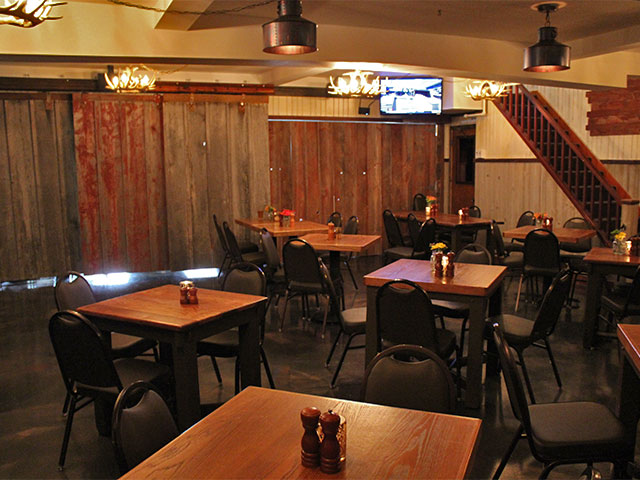 Meanwhile, a large U-shaped bar offers additional seating, along with 20 taps. Currently, 10 are stocked with a rotating selection of Wisconsin beers (along with a list of 30 more in bottles); the remaining ten will accommodate Bass Bay Brewhouse brews once the work on the micro-brewery is completed. Sixteen flat-screen televisions provide customers with easy entertainment, including regular coverage of athletics. 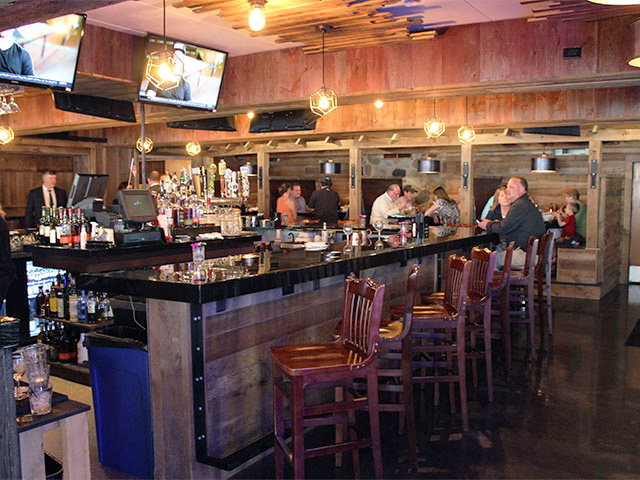 A brewing room, near the bar and adjacent to the restaurant’s pool table, contains copper-finished brewing tanks just waiting to be used. The brewery, which will be overseen by brewmaster Dan Sterling, will hopefully be up and running in the next few months, notes Oschmann. 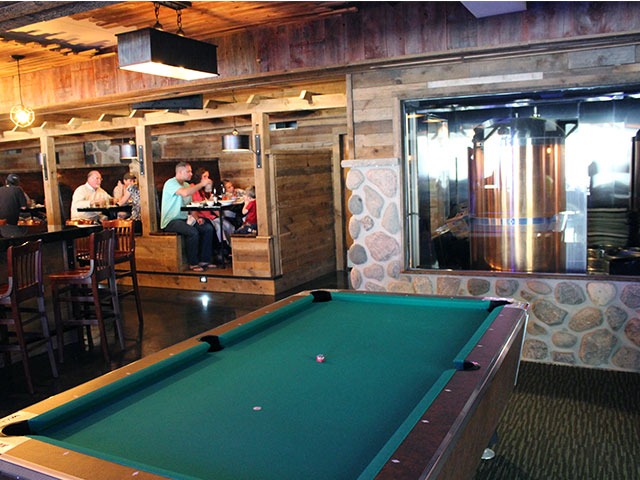 As for the menu, it's stocked with simple items that are simply well executed. Some dishes pay homage to the Aud-Mar’s supper club days, such as a delicious rendition of oysters Rockefeller with smoked bacon, wilted spinach, parmesan and perfect hollandaise ($12). 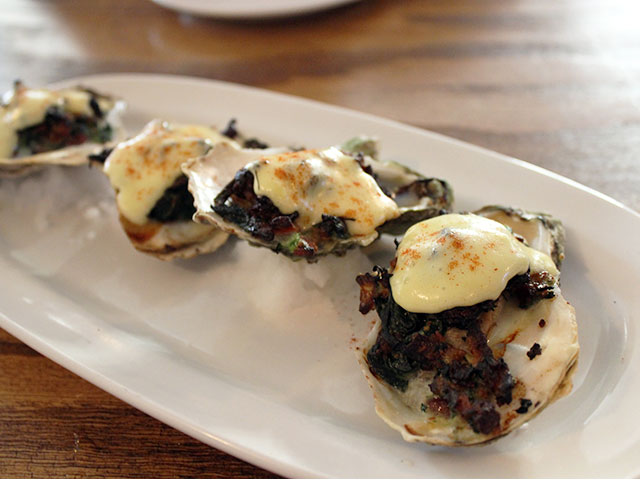 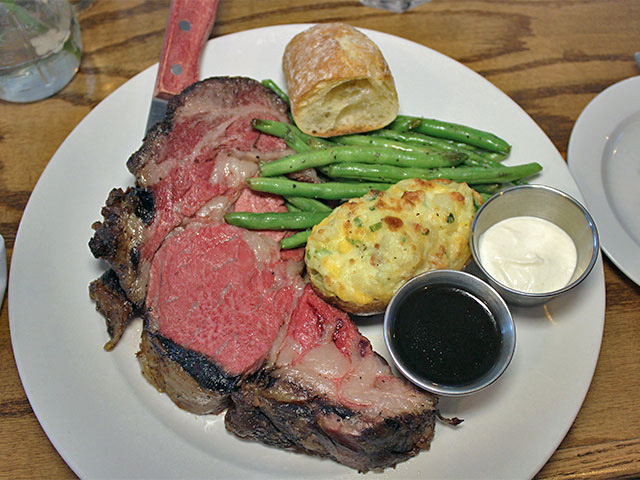 Among other entrees, you’ll also find an 8-ounce filet for $29, along with chicken fried chicken ($15), pot roast ($16) and pan seared salmon ($18). Pub fare, including burgers and other sandwiches ($9-13) comprise the remainder of the menu with items like pulled ham poutine with cheese curds, fried egg and black pepper gravy ($12).

A classic Wisconsin fish fry is available daily, including three filets of hand-breaded cod, served with tartar sauce, French fries, marbled rye and cole slaw ($13). The fish is crisp and well-prepared with breading that sticks to the fish and (bonus) and reheats like a charm in your home oven without going soggy. 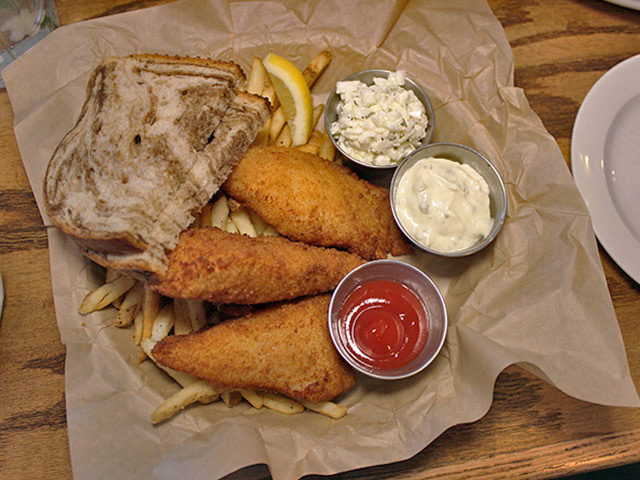 And, like the breading on the fish, there are plenty of other details that don’t miss the attention of Chef Kurt Fogle and Chef de Cuisine Joe McCormick. Meat for burgers is seasoned and ground daily in house. And weekend brunch includes house-made biscuits that are as light and fluffy as they can be.

Desserts rotate, but include items like tender bread pudding with maple anglaise and candied pecans ($7). 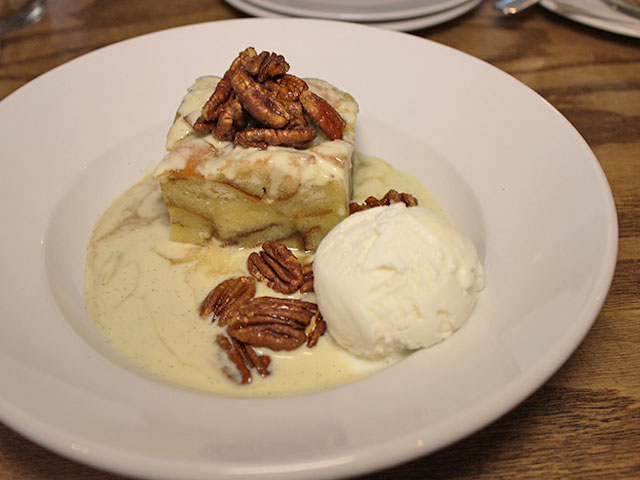 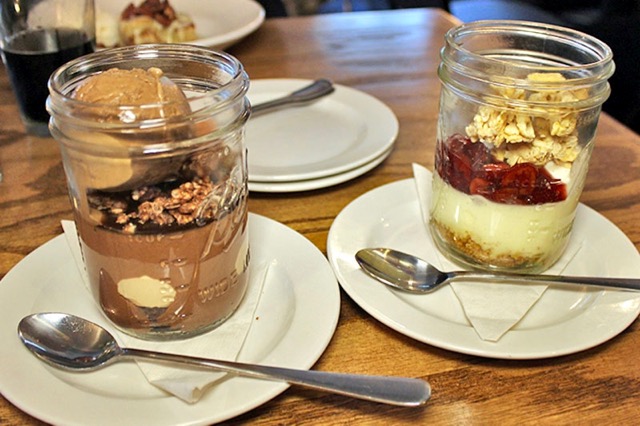