When I lived in Bay View for about seven years in the 1990s and early 2000s, I spent a lot of time walking. So, as you might expect, I have way more than seven, but here is one for each year I loved in the Oh-Seven.

When I lived in Bay View for about seven years in the 1990s and early 2000s, I spent a lot of time walking. So, as you might expect, I have way more than seven, but here is one for each year I loved in the Oh-Seven.

These are in geographical order, from north to south: 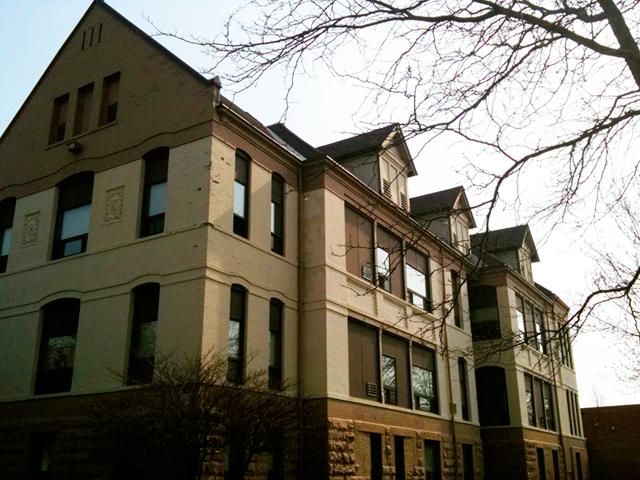 Designed by Walter Holbrook, who also drew the lovely 27th Street School for MPS and Trowbridge, too (see below) in 1886. (Holbrook worked with Edward Townsend Mix, too, when the latter designed Dover Street School in Bay View.) Van Ryn and DeGelleke chipped in an addition soon after. The school closed in the late ‘70s and was converted into apartments. You can read more and see more photos, including historical ones, here. 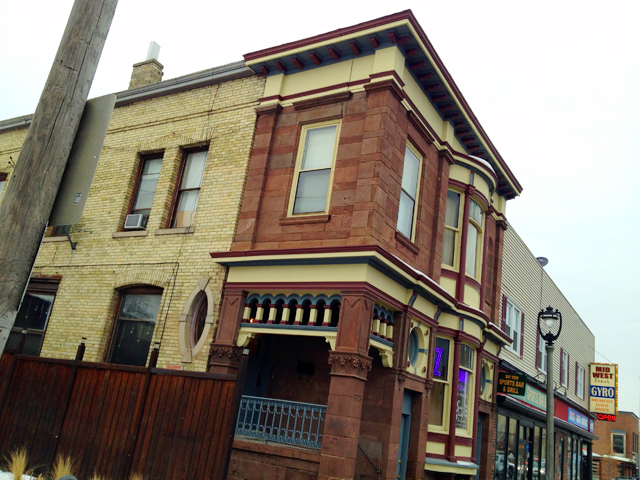 The two-story Queen Anne building at 2329-31 S. Kinnickinnic Ave. has always caught my eye. Apparently erected in 1900, this small apartment building (which also encompasses the Tonic building) has a gorgeous red sandstone facade that comes right to the sidewalk to greet guests. I’m especially enamored of the two porthole windows above the doors at the sidewalk. Another entrance has a small, decorated porch. Don’t neglect the distinctive window on the south side of the building, where you can also see the cream city brick cladding. Designed by Jacobi and Birnbach for Dr. Charles Wesley Graham. 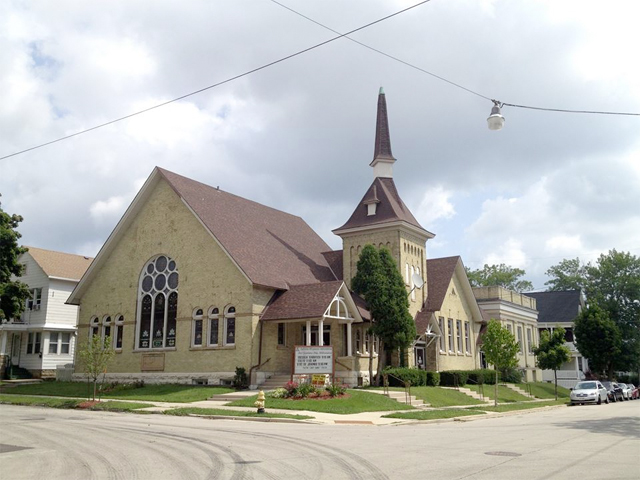 I was lucky enough to live a block from this beautiful and unusual Romanesque Revival church for about seven years and see it every day. Designed by Crane and Barkhausen and built in 1897, it was almost demolished in the '60s but fortunately escaped the wrecking ball. 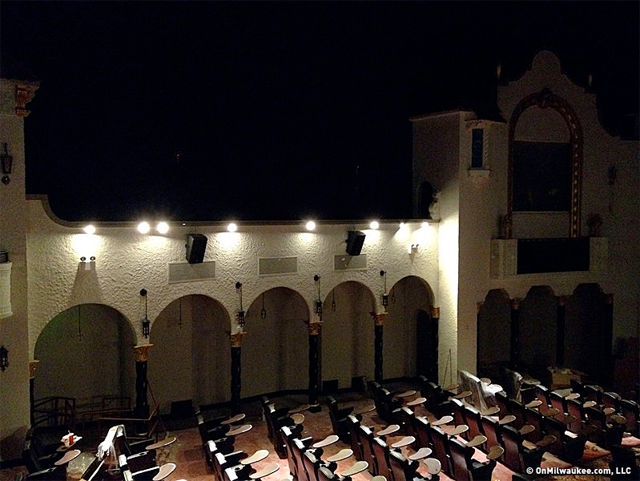 The last remaining atmospheric movie theater in town has just been brought back to life and it’s as architect Russell Bar Williamson’s cinematic gem, a recreation of a Spanish plaza, is as glorious as ever. Read more about it here. 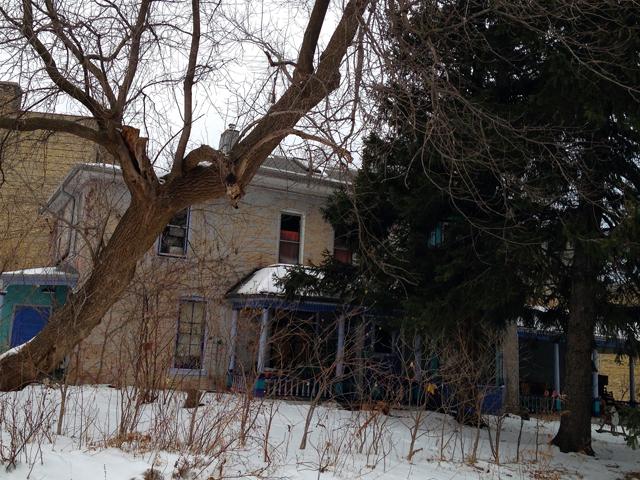 Built in 1865. In his "Heritage Guidebook," Russell Zimmermann noted, "this may be the only house, still standing in Milwaukee, which was built and occupied by a man who originally claimed his land from the Indians." The two-story cream city brick Italianate home was built by Williams on the highest point of his 160-acre farm.

Recently, a reader wrote in to tell me his great-great grandparents, Prussian emigrants, were the second owners. "At the time they lived there, they had a view of the lake from the house," he wrote. "Which must have been incredible. They sold much of their lot to the group that developed the Avalon. During construction of the theater, part of the lot was cut down and a retaining wall was put up," created what was long ago dubbed Frankenstein Alley (below). The home and the theater have great significance to the family history of this reader and if he’s up for it, I’ll tell you more another time. 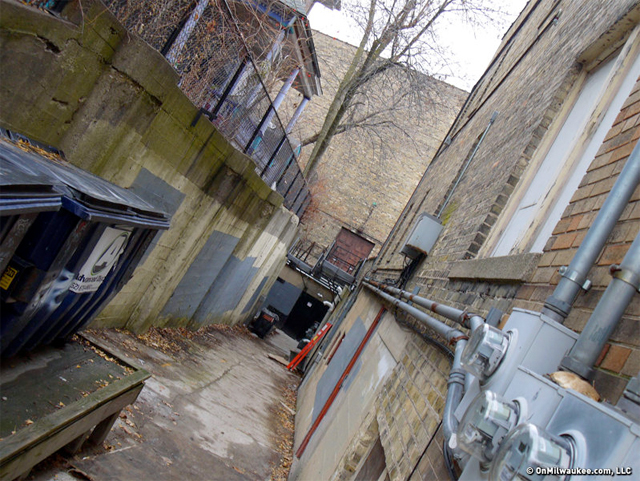 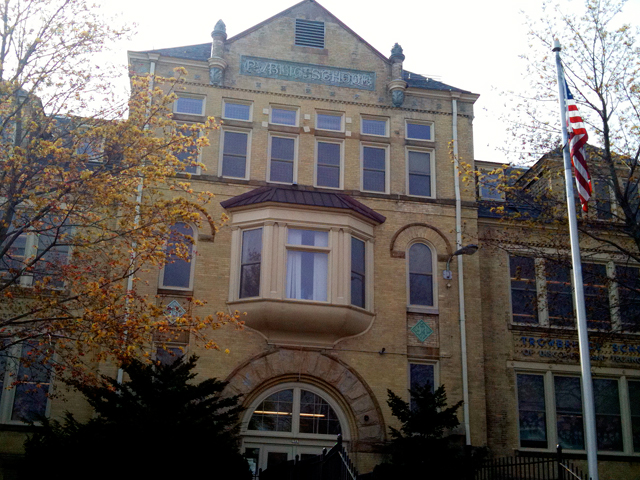 The only cream city brick MPS schoolhouse that has never been painted. And gazing upon its Queen Anne beauty – as well as its impressive Romanesque arched entry – one can only imagine how schools like Golda Meir, Kagel, 8th Street, Maryland Avenue, Garfield and others would look with their paint removed. Sigh. Read more here. 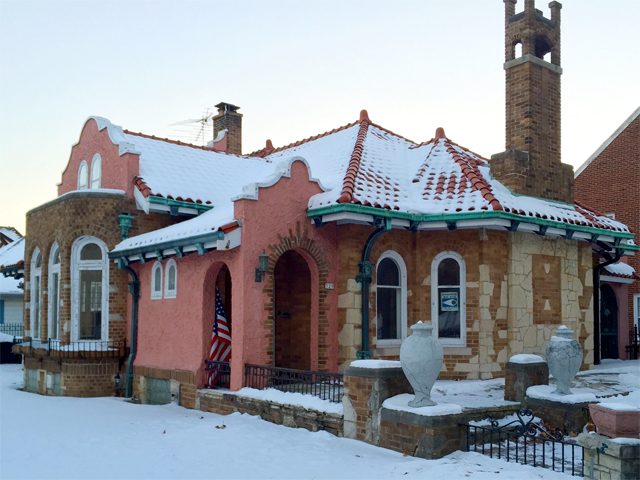 Built in 1925 for an Frank Kleczka. I’d imagine anyone who has seen architect John Menge Jr.'s pequena Spanish-style abode with its tile roof, soaring chimney and arched gateway has fallen immediately in amor. The view across the street to Humboldt Park probably doesn’t hurt, either. Though Menge was perhaps best known for his movie theaters and commercial buildings (including a store for I. Goldmann on 9th and Mitchell Streets, and Goldmann's own home nearby on Lapham.)