A pile of new media - music, movies, books - continues to emerge, digging into every aspect of the unprecedented career of the Beatles. We take a look at a few of them here.

This past Christmas, I pretty much had one thing on my wish list, and that was the new reissue of The Beatles’ "Live at the Hollywood Bowl," released in September to coincide with "Eight Days A Week," Ron Howard’s documentary about the band’s touring years.

I know, I know. The record – initially released in 1977 – has hardly been considered a high point in the recorded history of the Fab Four, but I remember the original release, which emerged during the height of my first intense Beatles jones, which lasted from about 1975 to ‘78, and was curious to hear it again. 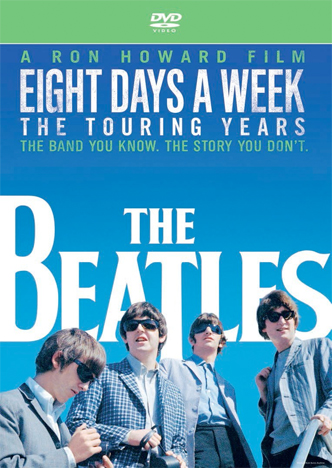 My family did one better, getting me the CD and the deluxe double disc version of the documentary, which offers a glimpse into the hectic and often dangerous international tours the Beatles undertook from 1964 to ‘66. Fittingly, the entire thing is basically awash in the jet-engine-like roar of the crowds.

It was that sound – which also covers most of the Hollywood Bowl disc (though I must say that Giles Martin has done quite a job of rescuing the music we could only barely hear on the 1977 vinyl release) – that defined those tours and which, in large part, led the band to quit the road.

What the CD shows, however, is that in 1964 and ‘65, the Beatles – who performed amid that din and without the benefit of stage monitors or a modern P.A. system – were so road-tested that they didn’t need to hear themselves. Listen to the 17 tracks on the CD (four bonus tunes are added to the original 13 from the vinyl) and you’ll be amazed how tight the band is, how spot on the harmonies are, considering the fact that they could only hear the drums and amps (remember, no vocal monitors) and even those were no match for the crowds.

A couple books also perfectly capture the era when the Beatles decided that living a life cloistered in hotels, playing for crowds like these, was no life at all. 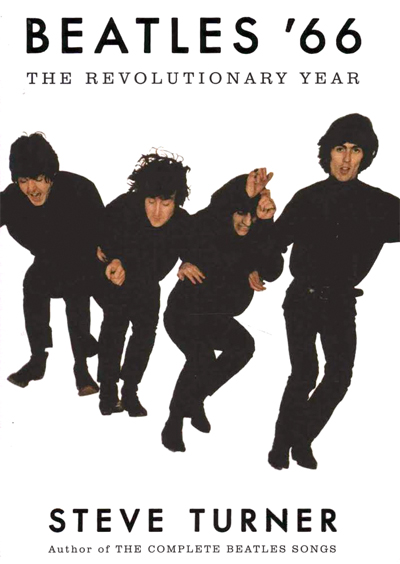 One is "Beatles ‘66: The Revolutionary Year," by Steve Turner, a longtime music journalist who has interviewed the band members over the course of decades. Only Mark Lewisohn’s epic "Tune In" can match this book in terms of detail and insight.

Turner begins as "Rubber Soul" (one of my absolute favorites) is out in shops and the band has begun to seriously consider ending live performances to focus on recording. That’s because they – along with producer George Martin – have made the studio into a hive of creativity, pushing its 1965 limits to create music and sounds no one had previously heard.

That creative burst also derived from the fact that a couple vacations had given the band members time to find themselves. George delved into the sitar, Paul dove headlong into swingin’ London and they all found LSD.

And so they created "Revolver" (my absolute favorite), the record that really marked the Beatles’ revolution (sorry, "Sgt. Pepper" fans, you were late to the game), showing how they could make a record of insanely diverse material sound like nothing else in the world, but, at the same time, exactly like the Beatles. It was trippy, it used adventurous instrumentation and cutting edge recording techniques.

It also sealed the fate of the Beatles concert. Compared to the satisfaction of an achievement like this, playing "Twist and Shout" to a crowd of screaming teens – combined with getting pummeled by Marcos supporters in the Philippines – hardly seemed worth it anymore.

For a photographic peek into that fading world of the Beatles on tour, check out the lovely new edition of "Hello, Goodbye: The Beatles in Tokyo, 1966," a swanky collector's item by Shimpei Asai, a photographer who had access to the Fab Four for the 100 hours they spent in Tokyo that year.

From the triumphant arrival on the tarmac, the band appears to be swept straight to the hotel, where the bulk of the photos are taken. Though a few managed to sneak out in disguise and see a bit of the city, the threat of violence after the Philippines – in part because the band was playing Budokan, which angered traditionalists – kept the band under close guard, and in the book we see images of soldiers and police on watch.

Then some photos of the band on stage and right back to the airport. Though there are plenty of smiles, the Beatles appear weary, ready to take on new challenges.

One of those challenges would begin the following year, when they formed Apple, and its extremely short-lived offshoot, Zapple, which was meant to release experimental records and spoken word material, and was run by bookseller and Beatles’ pal Barry Miles.

Miles’ "Zapple Diaries: The Rise and Fall of the Last Beatles Label," tells the story of the label, which despite Miles’ hard work – especially recording a range of American beats and other poets and literary figures – ended up releasing only two LPs, one by George Harrison and another by John and Yoko. 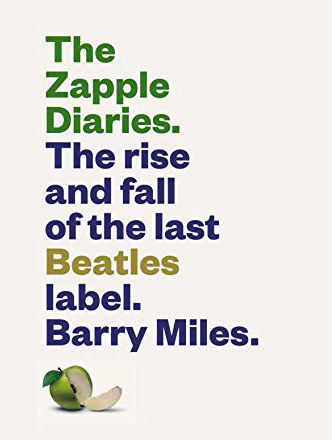 The book is beautifully designed and, of course, has background on the formation and running of Apple, as well as details on the demise. But the bulk of it follows Miles as he travels to the U.S. to record Allen Ginsberg and Charles Bukowski and Richard Brautigan and others for (ultimately thwarted) Zapple albums.

Though Miles assumes a certain knowledge of the Beatles (though he mentions that the first Zapple release is a follow-up to John and Yoko’s controversial "Two Virgins," he doesn’t really explain the context), the book is a fascinating look into how loosey goosey Apple was in those days and how frustrating that could be for folks involved when their work was lost in the mix.

Surprise: The Big Snow Show at The Rave is on!

5 Qs for Chris Tishler about his new solo album