I'm done being fat: Bariatric surgery is the life-changing choice

I've been on a road to gluttony that has had a profound impact on my life. It's a road that will come to an end in a week when I bow to science and have bariatric surgery at Columbia St. Mary's Hospital. Let's hope it's life-changing.

I vividly remember when I started to get fat.

I had been hospitalized for a couple of weeks. Each mealtime, patients would line up and then go, en masse, to the cafeteria. You could eat as much as you wanted, and I, for some reason, did just that.

Those two weeks started me on a road to gluttony that has had a profound impact on my life.

It’s a road that will come to an end in a week when I bow to science and have bariatric surgery at Columbia St. Mary’s Hospital.

My weight gain since those early days in 2003 has been steady.

I moved from an XL to a 3X. My waist disappeared so my pants seemed to always sag. It got to the point where I didn’t sit in a booth in a restaurant because it was so tight and always insisted on a table.

Any physical activity has become increasingly difficult. Sports – golf and tennis – have disappeared from my days. Playing catch with my grandkids involves me staying in the same place until I am exhausted and can sit down. Walking from my car to my seats in a theater when I’m reviewing a play is a struggle.

I was a smoker, and that has had an impact, too, but the huge amount of extra weight has made every problem much more severe.

It’s fair to say that being fat has changed all the physical activities in my life for the worse, but along with the physical problems comes an emotional struggle. I mix private shame with public braggadocio. I pretend that I’m the same guy I always was even though I know I’m not. I’ve spent time in a hospital as a direct result of my being fat.

"Fat" is a difficult word. I could call myself overweight or heavy or big-boned. But those are all just lies to get away from admitting that I’m fat.

I have lost weight over the past two decades, being on one diet after another. I’ve probably lost somewhere around 200 pounds. Ten here, 15 there, and another 10. But nothing worked over a long time. This may be a failure of character or willpower, or it may be a disease. But it hardly matters what it is. What matters is what it’s done to me.

My family has always tried to be supportive. I can’t begin to count the number of times that my wife and daughters have told me about a diet that I might like and that might work. They want me to get back to the way Dave Begel looked at the turn of the century: 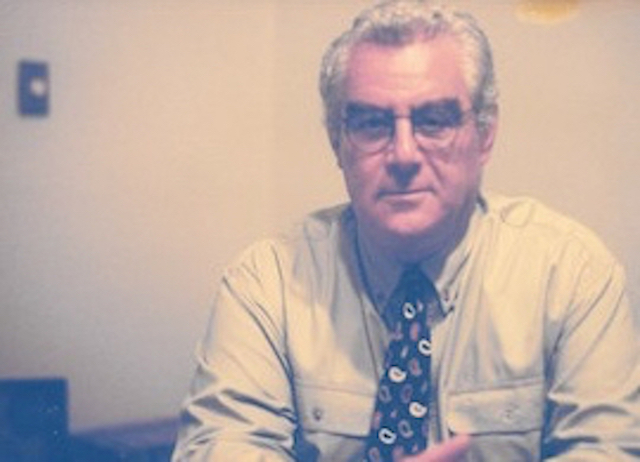 Several months ago I had an appointment with my cardiologist, Dr. Joshua Liberman. He’s a wonderful doctor and an evangelist for lifestyle changes that will enhance the health of his patients. For example, the worst four-letter word in his vocabulary is "salt."

At the end of the appointment, he asked me if I had ever considered bariatric surgery. I asked him if it worked.

He wrote a referral to the Bariatric Center at Columbia St. Mary’s. I made an appointment and met the center's staff and Dr. Craig Siverhus. We went through the whole thing. Six months of behavior modification lay ahead, with monthly meetings with nurses, dieticians and Siverhus.

I worked hard at three meals a day, and only three. No snacking. Don’t drink a liquid while eating dinner, since water washes out the food and prevents the full nutritional benefit. Chew your food – pulverize it. Take a vitamin.

We sat and looked at what was going to happen, both during surgery and what life looked like afterward.

Essentially the gastric sleeve surgery is going to remove two-thirds of my stomach and I’ll be able to hold only small amounts of food. The first three weeks after surgery are spelled out in detail.

Everything I eat will be pureed. The dietician suggests that jars of baby food can be a staple of my diet. She gave me a baby spoon to use, both right after surgery and in the future. Small amounts of whatever it is I’m eating.

Somewhere between 60 and 80 grams of protein a day is recommended along with at least 64 ounces of liquid with no sugar, carbonation or caffeine. Make sure a meal lasts between 15 and 30 minutes, even a three-ounce meal. Eat protein first, then fruits, vegetables and whole grains.

If I’m successful at this, I may be able to eat a one to one-and-a-half cup of food by the end of my first year. I normally eat that much when I stop for gas.

To say that this is a radical change is an understatement of massive proportions. I can’t imagine feeling full after a cup of food. But the science is undeniable.

People may wonder why I’m writing about something that’s private. Well, there are lots of people out there who suffer from being fat, and if I can be an example to them that there are ways out of the hopelessness that goes along with being fat, then good for all of us.

So, fingers crossed and a lucky penny in my pocket.