It may be time to retire the winner, this counter-serve, cash-only, late-night East Side institution that's been chosen 10 years in a row now, from the voting for Best Gyros and just induct it into the OnMilwaukee Dining Hall of Fame.

It may be time to retire this counter-serve, cash-only, late-night East Side institution from the voting and just induct it into the OnMilwaukee Dining Hall of Fame. For the 10th year in a row, Oakland Gyros was chosen by readers as the city's best spot for the Greek pita sandwich.

With a margin of victory of nearly 30 percent over its closest competitors, Oakland Gyros again flexed its greasy, meaty muscles from the corner of North Oakland and East Locust Avenues. The Greek-American menu includes burgers, dogs and plenty of fried appetizers, but it's for the simple and delectable $8.19 Gyro Original platter that the restaurant has for a full decade owned this category.

Lori Fredrich's pick: Cosmos Cafe
Oh, the gyro. Once you get past the challenge of saying the word, the next question is where to eat them. I love Cosmos Cafe. The gyros are solid, featuring soft pita and lamb that’s not too greasy. And I love the Greek seasoned fries topped with lemon and feta cheese.

This year we also asked a variety of prominent Milwaukeeans to weigh in on their pick for specific categories. For this category, we consulted Pete Zervakis, a reporter for TODAY's TMJ4. 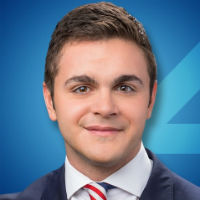 Take a trip to Greece and you'll notice gyros restaurants there serve not only traditional lamb and beef gyros, but also gyros made of chicken or pork. The "pork souvlaki" at Cosmos Cafe is the best pork gyros I've had this side of the Mediterranean.

It's served up just like you'd get it in my ancestral homeland: with tomatoes and french fries stuffed right into the pita along with the meat.