Of all the Middle Eastern joints in all the towns in all the world, Milwaukee continues to walk into - and vote best in the city - this one, which won for the fifth year in a row.

Of all the Middle Eastern joints in all the towns in all the world, Milwaukee continues to walk into – and vote best in the city – Casablanca. For the fifth year in a row, the Brady Street restaurant was chosen No. 1 for its casual yet elegant Mediterranean atmosphere and fine Middle Eastern cuisine.

With a massive menu ranging from hummus and falafel to beef, lamb and chicken shawarma and kabobs to steaks and seafood, as well as salads, sandwiches, wraps and burgers and delectable desserts, the restaurant – originally opened in 1987 as "The Sahara Inn" – has something fresh and authentic for everyone.

With more than the combined votes of the second- and third-place finishers, Casablanca is clearly still king, but at 26 percent, local competitors are starting to take a bigger piece of the Middle Eastern pie.

Lori Fredrich's pick: Shahrazad
It might be nostalgia talking, but I have a real soft spot for Shahrazad, where I’ve probably sipped up a gallon or two of Turkish coffee over the years. It gets points for having some of the smoothest, most delicious baba ghanouj on the block, along with pretty great shawarma. And I’m always up for an order of shakshouka, which I love to get on the spicy side.

This year we also asked a variety of prominent Milwaukeeans to weigh in on their pick for specific categories. For this category, we consulted Lena Taylor, a Wisconsin State Senator representing the 4th District. 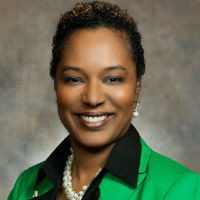 I’m a lover of Casablanca on Brady. The food is authentic, and you can tell that the ingredients are fresh.

With their new addition, the place is truly beautiful.