Last year, Five O'Clock Steakhouse broke out of its previous second-place wins to top Mr. B's as your favorite steak house and the Marquette-area restaurant. Who won this year? Find out now.

Last year, Five O'Clock Steakhouse broke out of its previous second-place finishes to top Mr. B's as your favorite steak house. And one year later, the Marquette-area restaurant – which celebrates 70 years in business this year – won the poll yet again.

There's nothing quite like a perfectly cooked slab of meat, and according to you the readers, nobody does that quite as well as Five O'Clock Steakhouse.

Lori Fredrich's pick: Carnevor
I don’t order steak very often when I’m dining out. So when I do, I expect it to be really, really good. And I mean spot on good. Great meat, perfectly cooked. And seasoned just enough to make it shine. For me, that spot is Carnevor. Pair one of their great steaks with the experiential effect of their new digs, and it’s a win-win.

This year we also asked a variety of prominent Milwaukeeans to weigh in on their pick for specific categories. For this category, we consulted Milwaukee foodie Erica Stolarski. 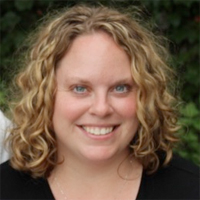 In addition to keeping the traditional supper club vibe alive in a city where those establishments once reigned, Five O’Clock Steakhouse does what it’s supposed to: cook a really good steak. Their bone-in ribeye, in particular, is a steak lover’s steak – perfectly seared crust on the outside, with a mid-rare center that melts in your mouth.