By the time I landed in Park City, Utah Friday for the final days of the Sundance Film Festival, most of the party was dying down. However, the important parts - the movies - were very much still in action. Here are the best and worst of what I saw.

By the time I landed in Park City, Utah Friday afternoon for the final weekend of the Sundance Film Festival, most of the party was dying down. Many of the big celebrities had already left town after the first week of premieres, and the press and industry people weren’t far behind heading back to the publications that sent them out west. Most of the year’s buzziest entries had already been bought up too – in the case of "The Birth of a Nation," for a record-setting price.

However, the important parts – the movies themselves – were very much alive and in action, and over the course of my three days amidst the snow and the spectacle, I managed to cram in six movies, several of which were some of the festival’s most talked about (unfortunately, I wasn’t able to get into the talk of the town, "AbracaDeborah," due to reasons of it not being real). It was a fascinating mix of reality and oddity, tragedy and comedy, Anthony Weiner and Daniel Radcliffe’s wiener (I’ll explain).

Before they all hopefully make it out to Milwaukee, here are my films of Sundance, ranked from worst to best.

In 1974, Sarasota TV newscaster Christine Chubbuck killed herself live on air. Over 40 years later, for some reason, this macabre yet still mostly forgotten chapter of media history was the source for two movies at Sundance: the narrative drama "Christine" and the "documentary" "Kate Plays Christine."

While the former may have had the star power – namely Rebecca Hall ("The Gift," "The Prestige") in the lead – the latter featured the most intriguing premise, following an actress desperate to learn more about Chubbuck after being cast as the newscaster in a cheapo movie adaptation. The result becomes less about the unfortunate news reporter and more about the impossible quest of trying to find meaning in the meaningless, some sense of logic or reality in the bizarre and the unreal – with the meta-documentary toying with the viewer’s own sense of reality.

It all sounds very compelling in theory, but unfortunately "Kate Plays Christine" winds up a bit disappointing in practice. Near the middle, the film starts to drag as it seems to run out of things to explore or discover, and while it almost picks back up near the final third, it absolutely botches the landing with a finale that’s preachy, hypocritical and unconvincingly performed. It’s still an intriguing effort with plenty of ideas and thoughts swirling in its head, but unfortunately they’re much more satisfying to talk about than actually watch in action. 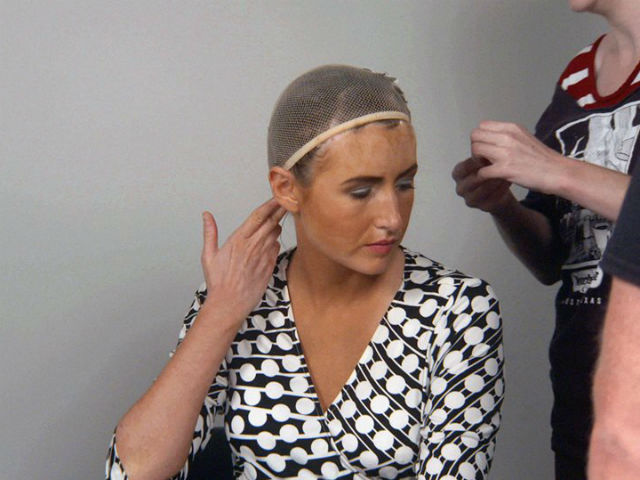 On a similar – though much more conventional wavelength – as "Kate Plays Christine," director Brian Oakes’ "Jim" hones its focus not on the horrifically public way its subject died (the doc says outright it won’t show Foley’s execution) but instead on the life that came before. For the most part, it’s a successful mission, sharing a lovingly intimate and personal – not to mention compellingly photographed, thanks to Foley and friends’ urgent warzone footage – eulogy for its fallen friend. It may not be the definitive in-depth look into Foley and his war photographer career we want – the imbalanced structure sometimes leaves intriguing elements unmined and occasionally forgets Jim in his own story – but it’s certainly the powerful and emotional tribute he deserves. 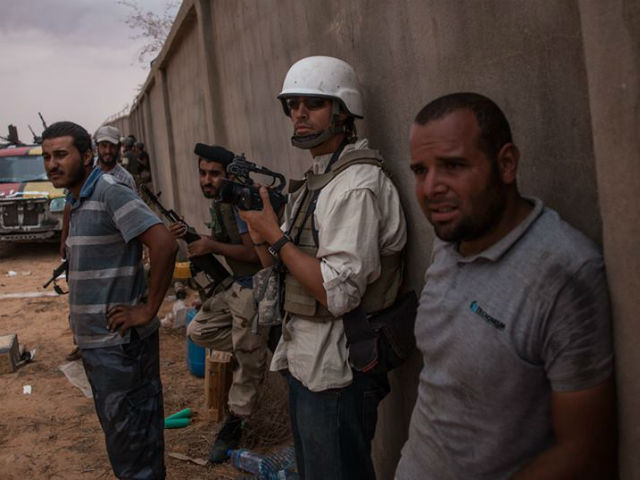 Stop me if you’ve heard this one before: A man (Paul Dano, "There Will Be Blood") trapped on a desert island is saved when an unknown dead man (Daniel Radcliffe) washes ashore with gassy farts so violently potent, his alive compatriot is able to ride him like a man-shaped banana boat (a manana boat, if you will) across the sea to the mainland.

That’s certainly a good part of it, with the early going using Radcliffe’s fumes to hilariously deflate the potentially heavy drama like a well-placed whoopee cushion, refusing to allow the viewer to take the lead character’s struggle through nature too seriously. And that’s just the beginning, as Radcliffe’s slowly reanimating corpse amusingly becomes Dano’s grapping hook (don’t ask), canteen (don’t ask), compass (REALLY don’t ask) and BFF. It’s all quite inventively funny, and everybody – from the writer-director duo to an incredibly game Radcliffe – impressively commit to the delightfully crazy, macabre concept.

Hiding in plain sight, however, behind the flatulence and the boner jokes is a rather thoughtful story of a man witnessing his life flash rather bizarrely before his eyes through a dead man, fighting his way through depression and coming to terms with his weirdness. It’s almost touching (cue explosive fart sound).

In case everything I’ve just said didn’t spell it out, its oddball nature certainly won’t be everyone’s taste, and it’s far from flawless; the ending stumbles in trying to wrap up neatly, and I wouldn’t mind sitting "Swiss Army Man" down on a psychologist’s couch to talk out its women issues. But of the two movies I’ve seen in 2016 about a lone man struggling to survive in the woods featuring a bear attack, I found this one both more entertaining and enriching. And thanks to its purchase by A24 Films ("Ex Machina," "Room"), I think it’ll find an audience that appreciates it for what it is – farts and all. 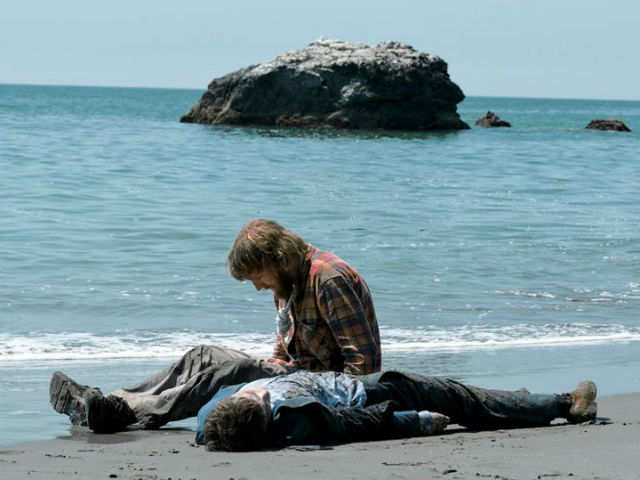 They hand out a lot of awards to several different movies at the end of Sundance, but the undoubted winner of the film festival was Nate Parker’s bold debut "The Birth of a Nation." Not only did the Nat Turner slave revolt drama win both the Audience Award and the Grand Jury Prize (which is becoming a regular occurrence), but it also scored a record-breaking payday when Fox Searchlight purchased the film for $17.5 million.

And on top of all that, the movie is quite good too.

While it pales in the impossible-to-ignore imposing shadow of the recent Best Picture winner "12 Years a Slave" – Parker’s filmmaking feels a little stagey and simple, especially when the mind recalls McQueen’s clear-eyed authenticity with both the horrific and the human – the fire and potency of "Birth of a Nation" can’t be denied. Parker is a force in the lead role, slowly transforming from a Bible-spouting pawn of the white slave owners into the slaves’ righteously furious revolt leader, combating their oppressors with first the weapon of the holy word they used to chain them and later the weapon of axes and violence. His passion, on and off screen, fuels the emotional charge of the film, one that feels electric when it comes time for the fight for freedom.

Even through its flaws – I wish the female roles were more than support for its Great Man lead, and the revolt finale submits to some action cliché – "The Birth of a Nation" feels utterly essential, a powerful reclaiming of film history (Griffith’s infamously racist silent classic will now have to share its page with a Nat Turner biopic, and that’s awesome) and American history. The final shot in particular is a cinematic roar for the ages. 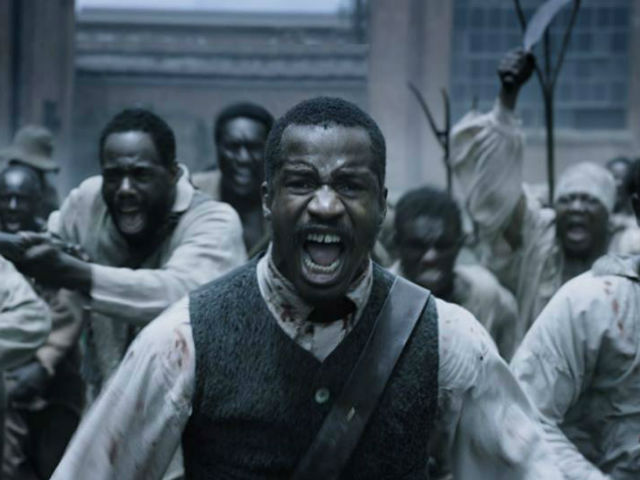 Between potent slave revolt dramas, crazy star-studded comedies and all of the other titles fighting for air at Sundance, it’s not surprising that a modest little family-and-friendship drama like "Little Men" feels like it fell through the cracks a bit. Do yourself a favor, though, if and when it becomes available to you: check it out.

Theo Taplitz and Michael Barbieri star as Jake and Tony, two New York boys who become friends, despite the fact that their respective parents (Greg Kinnear and Jennifer Ehle on Jake's side, Paulina Garcia on Tony's side) get into an escalating feud over the new rent owned for a Brooklyn property that Jake's family newly inherited and Tony's mom houses her clothing store. Writer-director Ira Sachs’ follow-up to 2014’s critically acclaimed "Love Is Strange" is perfectly pitched, from the performances to the drama. He never pushes it too hard or too big, instead crafting a very human story, not about bad people but about regular people in an unfortunate situation – and the sweet, charming and natural young friendship hanging in the balance.

It’s a tribute to Sachs’ simple, honest storytelling that a story can feel so small in actual stakes and so big in emotional stakes at the same time. And while the ending of "Love Is Strange" brought things to a depressing, empty end, the final note here is right on point, a childhood reality we all likely know very well. 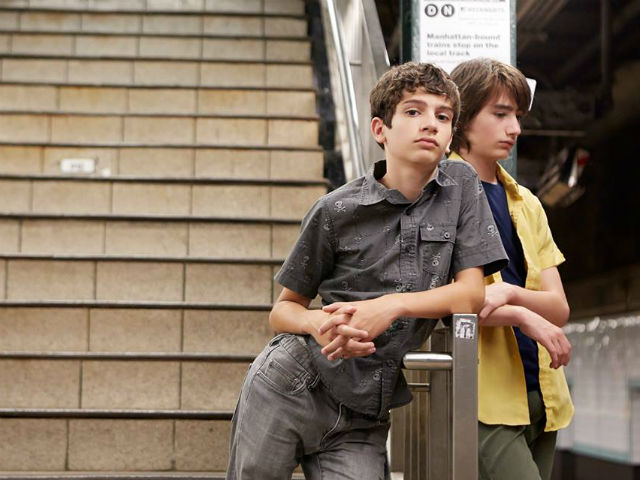 What’s in a name? If that name is Weiner, the odds are good you just guiltily chuckled a little bit, and if I told you it’s in reference to disgraced New York politician/serial sexter Anthony Weiner (AKA Carlos Danger), you’d probably laugh even more. The documentary that bares Weiner’s unfortunately foreboding name, however, is no joke. In fact, directors Josh Kriegman and Elyse Steinberg’s debut doc is an early entrant in the year’s best film conversation.

Capturing a ton of remarkably candid behind-the-scenes footage of Weiner’s predictably failed post-scandal mayoral run, "Weiner" is the complete package: funny and fascinating, entertaining and incisive, a complex snapshot of a person and of politics.

In addition to the goldmine of personal and professional footage – there’s really no overstating how much incredible access granted to the filmmakers; even the filmmaker at one low point has to ask, "Why did you let me film this?" – the duo also picked a terrific story, with two fascinating lead characters as expressive as Weiner’s last name is unfortunate. Every captured glance from Anthony’s wife Huma – also a Hillary Clinton aide, then and now – carries a Hemingway novel’s worth of thought and emotion, while Weiner comes off as such an endearing schmuck of a sadsack, a pretty good politician who simply can’t get out of his own way – whether it be the fault of addiction, pride, naivety, ambition, actual belief, incompetence or ego. Or maybe it’s our fault, letting the ravenous media noise get in the way of a decent politician.

No matter your takeaway on the man, "Weiner" paints a biting, hilarious and human look at one of the all-time great political punchlines. It’s a film so good, it might single-handedly redeem the entire 2016 political season. 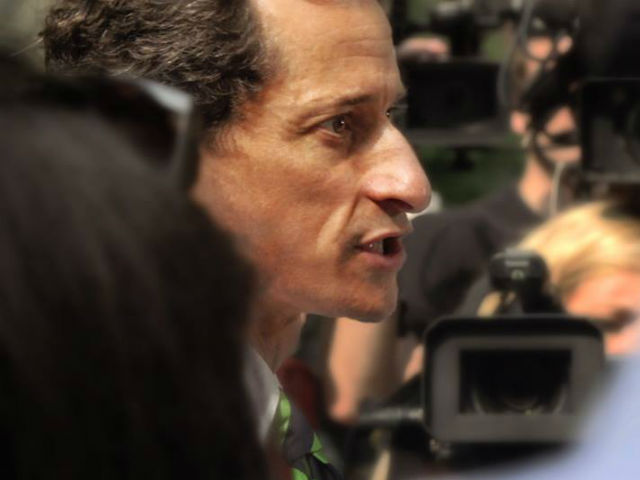 8 movies to check out at the Minority Health Film Festival

Marcus Theatres to reopen 10 more locations this weekend, more by end of month