Just a few years ago, all Katie Daly knew about candles is that they smelled nice, and she liked having them around the house. Her boyfriend, Cody Weiss, didn't disagree. But Daly, always a self-admitted "type-A antsy person" found herself bored and browsing Pinterest one day, when she saw a how-to guide to making soy candles in Mason jars. The corporate trainer melted some wax on the stove, adding some lavender oil - and found herself surprised when the candle actually burned.

Just a few years ago, all Katie Daly knew about candles is that they smelled nice, and she liked having them around the house. Her boyfriend, Cody Weiss, didn’t disagree.

But Daly, always a self-admitted "type-A antsy person" found herself bored and browsing Pinterest one day, when she landed on a how-to guide to making soy candles in Mason jars. The corporate trainer melted some wax on the stove and added some lavender oil – and found herself surprised when the candle actually burned.

"I had 10 pounds of wax I had to use so I continued making them, and they got better," says Daly, encouraged by Weiss, a teaching student. "Then I started giving them to some friends with the caveat of, ‘I don't really know what I'm doing so watch them while they're burning.’"

"We may burn down your house or it may explode," Weiss warned, too.

By 2014, Daly and Weiss had found an online source for high-quality wax and tinted mason jars, and were getting used to hearing from friends telling them that they should sell their candles.

So Daly, an Etsy shopper herself, started doing the research. Turns out, there are lots of candles for sale on Etsy. 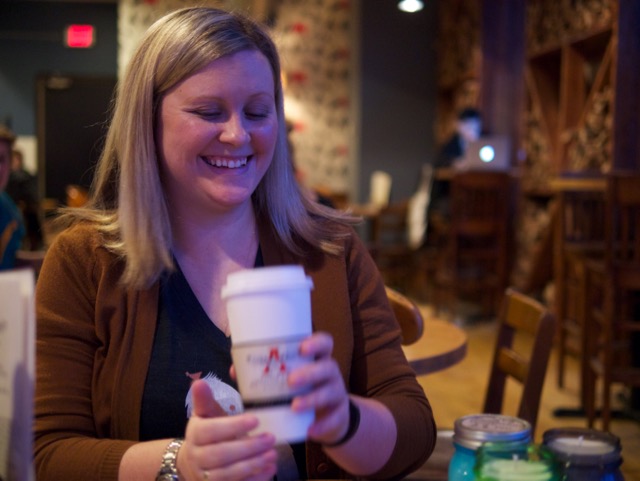 "They're all very serious kinds of stoic names," says Daly. "That's not us at all. We're pretty silly, goofy people."

And that’s how they chose Big White Yeti Candles as their brand. They both liked the word "yeti" and its mythology, and picked "white" because their wax is white but lives in colored mason jars.

Fast-forward to 2015, and Big White Yeti has sold more than 1,000 candles on Etsy, and is building a name for itself in brick-and-mortar stores like Beans & Barley, Broadway Paper, Sparrow Collective, Salon Thor, Hometown Established, Min's and Lillies in Cedarburg. You can also find the candles in Lake Tomahawk and in a shop in upstate New York.

Daly and Weiss also participate in the the local "maker" fairs, where they meet fellow artisans who provide inspiration, support and friendship. (Their first event of the season is at the May Maker Mart on May 3 at the Bay View Colectivo.)

"We're starting to branch out a little bit," she says with a smile.

Big White Yeti candles are not particularly expensive, as clean-burning soy candles go. Daly and Weiss sell a large jar for $20 and a small tin for $10. But they also seem to last forever. "You'll actually get about, conservatively, 60 to 80 hours out of (the large jar), and the small ones about 25 to 30," says Daly.

Still, the operation is becoming more and more profitable as the couple finds efficiencies in production.

Last year, the pair moved from the kitchen to a studio space in Bay View, and they’re putting the proceeds toward their "new house" fund. Their biggest rule on scents? "if we burn it in our house, we have to like it," says Weiss. 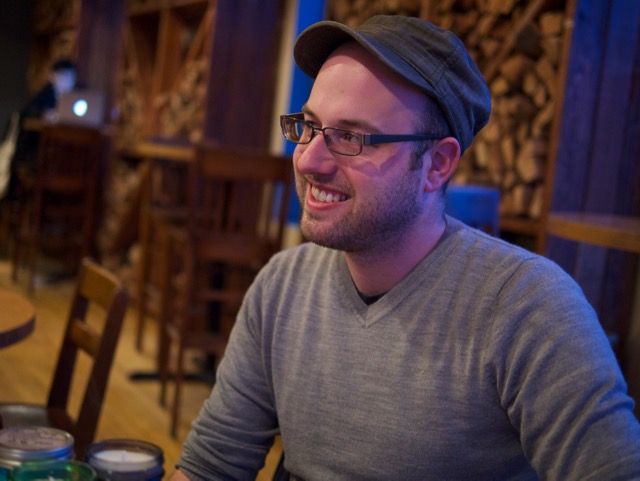 Weiss and Daly say they can imagine a time when Big White Yeti is a full-time job for them, and they are considering expanding into soaps and fragrances, too.

After all, now they know the different between a "hot throw" and a "cold throw," and how to mix top, heart and base notes. With 20 concurrent scents for sale at any time, the process is even rather scientific.

"It's a little bit like Walter in 'Breaking Bad' with little vials and little plastic pipettes," says Daly.

But they also admit they’re not done learning. 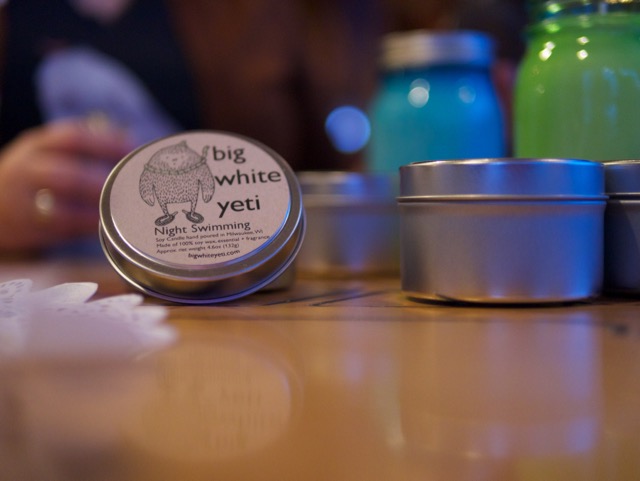 Says Weiss, "We’re going to get really good at doing this, making candles work before branching out."

"I want people to know that this is what we do, and we're the consummate people in Bay View who make really great candles," says Daly.