Guests can get their first taste of the new chef-driven carry-out friendly menu starting Wednesday.

Binary: Games Food & Spirits, a venue known primarily for its games, will be reopening for carry-out and curbside pick-up on Wednesday, Jan. 20.

And whether you’re already a fan of the geek-inspired game-themed bar, or a new curious customer, you’re likely to be delighted by the venue’s brand new menu, which features carry-out friendly, scratch-made New American fare – including appetizers, soups, salads, sandwiches and desserts – that just might surprise you. 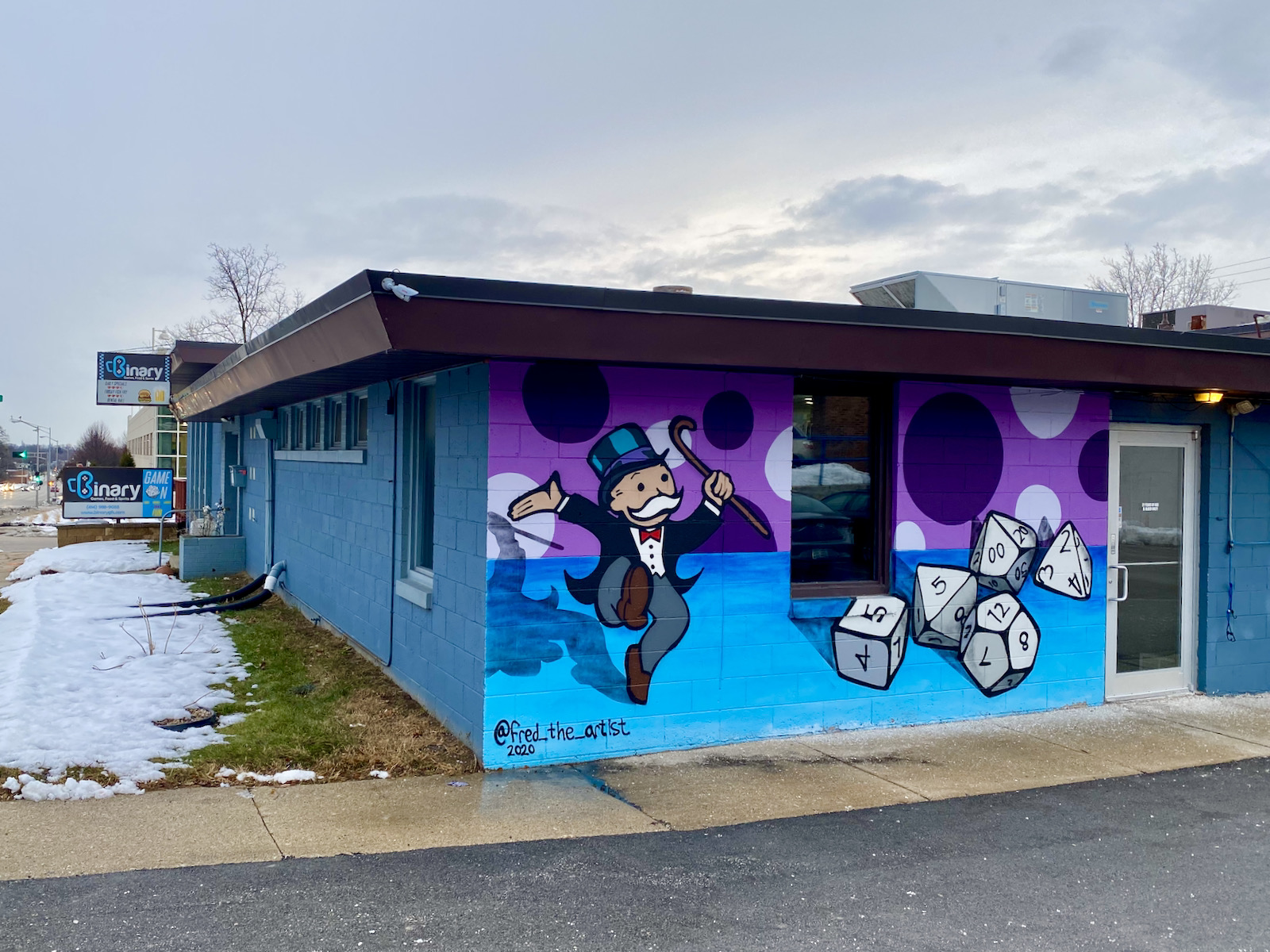 A new life for Binary

When Binary opened in 2018, it was primarily an entertainment venue. Although food and beverages were served, they weren’t the main attraction. But all of that has changed, thanks to new ownership and a new kitchen staff headed up by accomplished pastry chef and co-owner Travis Martinez.

“When COVID-19 hit in March, we closed just before St. Patrick’s Day,” says co-owner Jana Baumann, “But after reopening in June, we realized how difficult it was to reopen in a similar capacity. People wanted to play games, touch things. It just wasn’t a safe space.”

At that point, she says, she realized they needed to make changes. As they contemplated their options, she says, they made the decision to refocus their energy on the restaurant, an element which had previously been an afterthought.

“Ultimately,” she says, “We want to bridge the gap between what is and what can be. We want to be the place where folks can come and game; but we want it to be a place where people can come with their families and enjoy a night out, complete with really good food.”

In August, she reached out to local chef Travis Martinez, a Binary customer who she’d worked with to plan a LARP event at the gaming bar in the past, to see if he would be interested in doing some consulting work. He took her up on her offer.

“As we worked with Martinez and our focus shifted, the former owners of Binary decided to move on” Baumann says, “It was an amicable split; they simply weren’t interested in running a restaurant.”

As a result, she offered Martinez the option of coming on as an owner, which he accepted, officially joining the Binary team in January.

Baumann says that, although Binary has shifted strictly to food for the moment, guests can also look forward to the return of gaming as it becomes safer to do so.

A Binary patio is currently in the works for next summer, at which point she says they will reintroduce gaming slowly, focusing on games that can be easily disinfected first and moving forward from there. 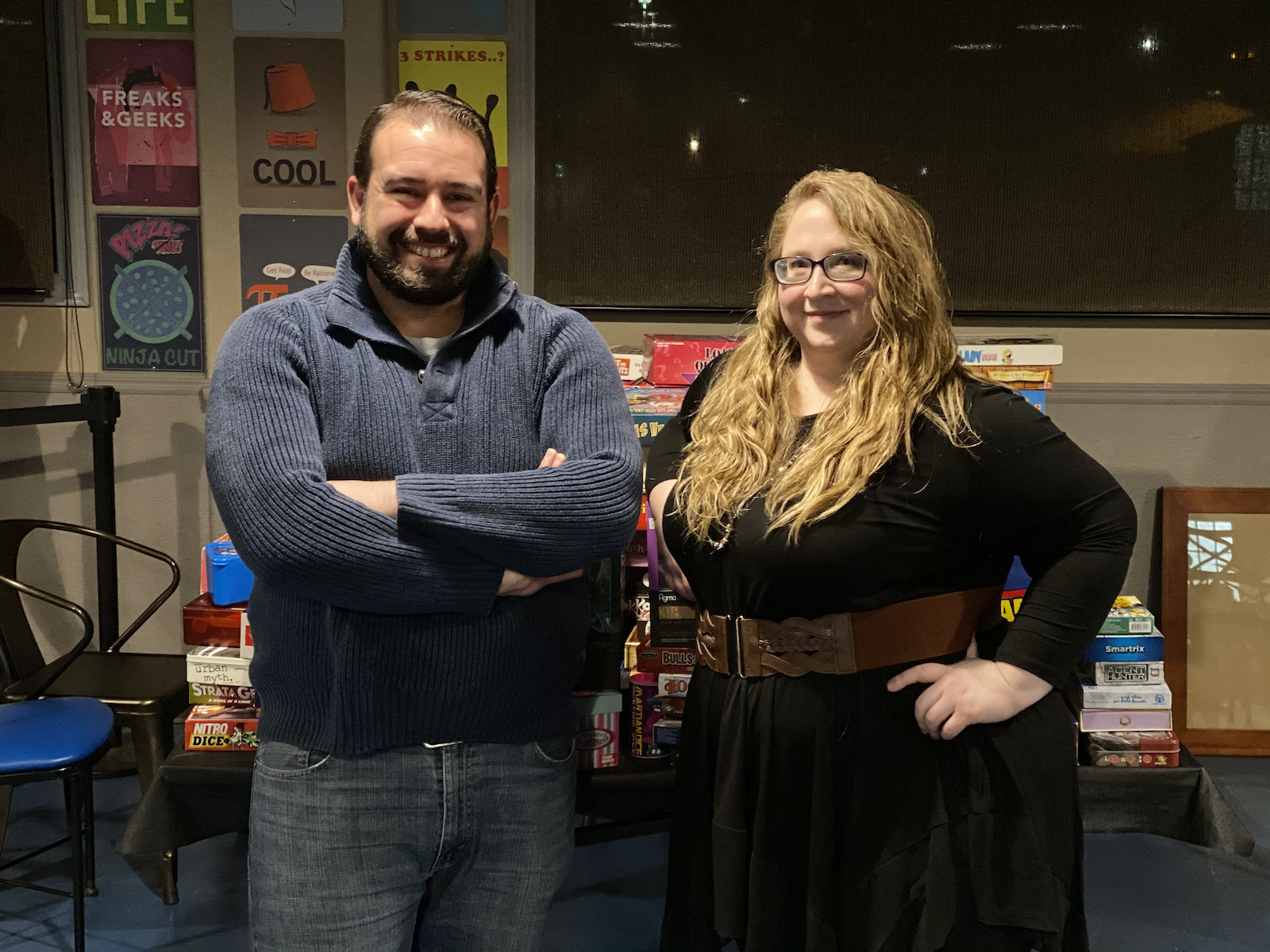 Martinez, an accomplished pastry chef and owner of Sugar Studio, was born and raised in California, where he attended culinary school. He gleaned his inaugural culinary experience in Hawaii working for cruise ships, eventually making the trek across the country to take a pastry position with Potawatomi Hotel and Casino.

“I’d never been to Wisconsin,” he says. “But I fell in love with Milwaukee. And the longer I was here, the more appreciation I developed for the beauty that comprises the entire State of Wisconsin.”

Despite his affection for the Cream City, Martinez says he dropped everything when he had  the opportunity to work as a Senior Pastry Chef at Cesar’s Palace in Las Vegas, where he lived and worked, eventually moving on to work for a Vegas-based chocolatier. But by 2017, he says, he really began to miss Milwaukee, so he moved back and accepted a job in pastry at the Pfister Hotel, where he worked until he was laid off in August of 2020.

Under Martinez’s leadership, Binary reimagined its food program, replacing amateur cooks with a trained kitchen staff including Chef Curtis Sidoni of Tre Rivali, who contributed to the creation of a brand new menu filled with accessible, yet interesting options, all of which are made in-house with high quality, locally sourced ingredients.

“It’s so much easier to just buy stuff,” says Martinez. “But this isn’t about easy. It’s about giving people an experience. So we are taking the time to make as much as we can from scratch, right down to our sauces and salad dressings. We aren’t cutting corners.” 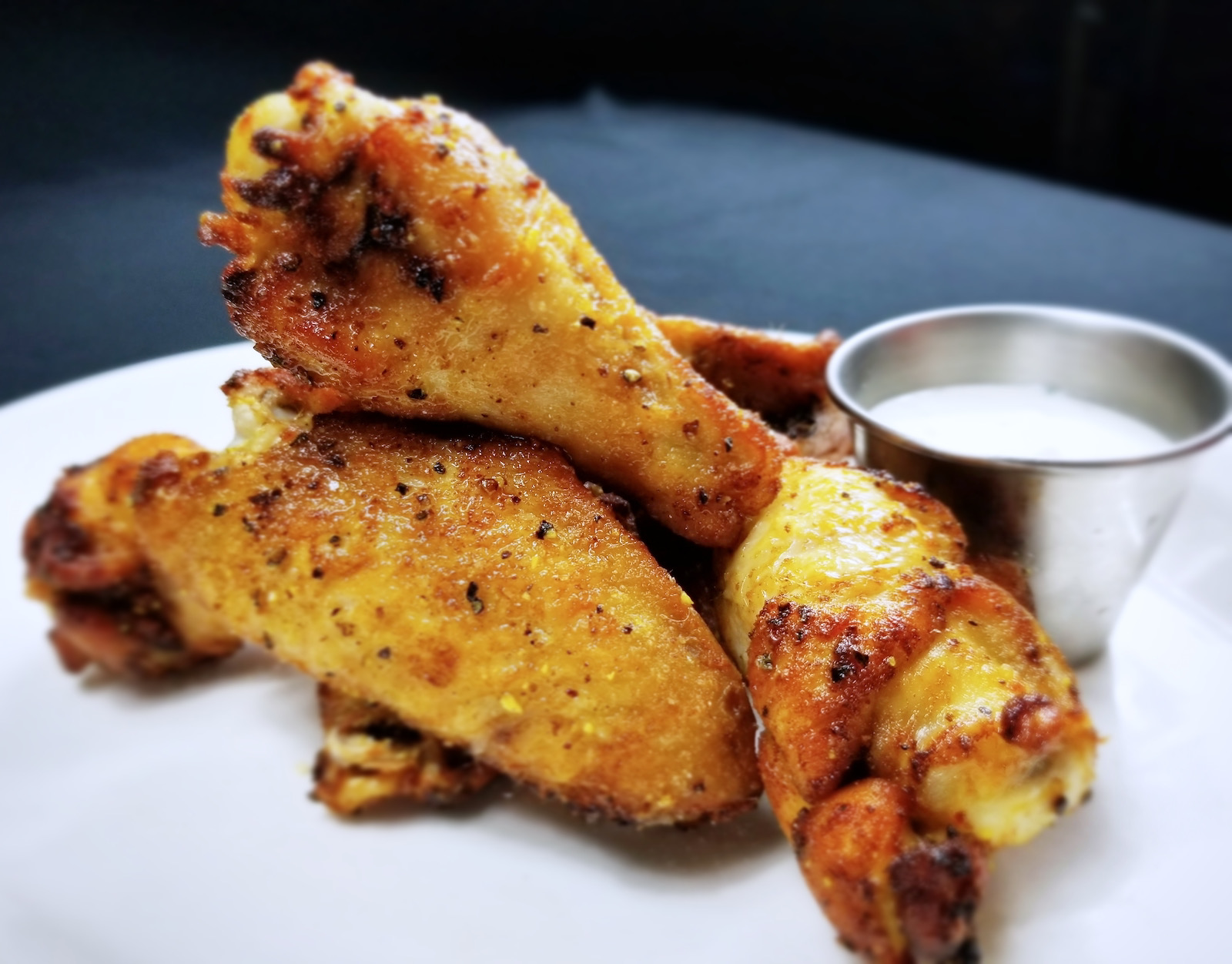 There are Cobb and Caesar salads ($11-14) and housemaade tomato bisque ($4.25) which can be enjoyed in tandem with any number of Binary sandwiches, from the Ultimate Grilled Cheese (featuring gouda, havart and cheddar on sourdough) to the house BLT made with bacon from Chris Brandt of Artas’n Meats, fresh leaf lettuce, tomato and mayo ($12).

Both Martinez and Baumann say they’re excited to see customers’ reactions to the predicted house favorite sandwich: The Outlaw, a creation stuffed with house-brined slow-roasted brisket mopped with house-made barbeque sauce and topped with crispy onions and jalapeno chips. It’s served with a side of Binary BBQ sauce and slaw ($15). 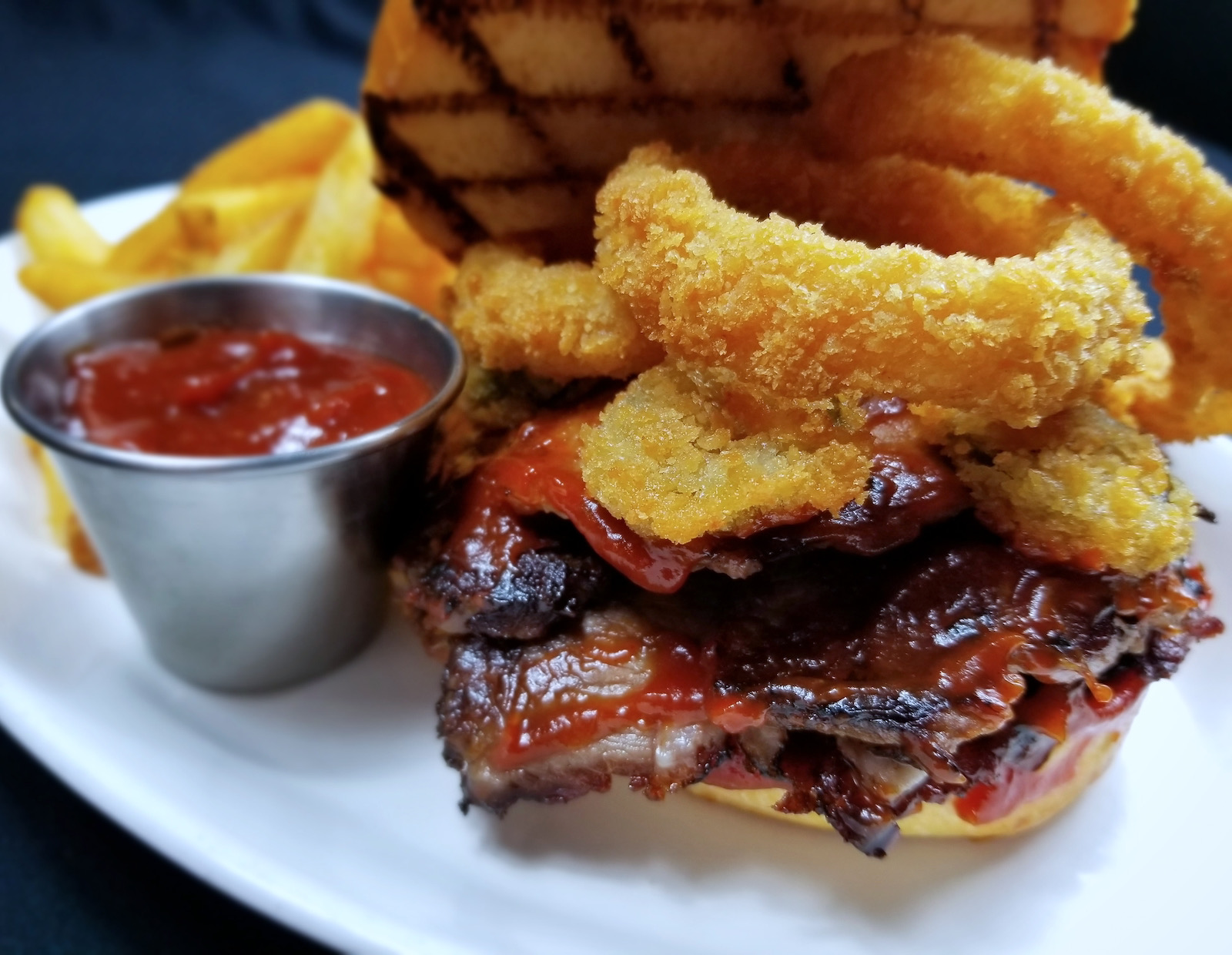 Of course, they’re also hoping options like the WTF!sh Sandwich ($14) make a splash. This take on the classic fried fish sandwich is made with flaked, butter-poached white fish that’s been breaded (crab cake style) and topped with slaw, a squeeze of lemon and Binary sauce, a  citrus-forward mayo-based sauce that stands in for tartar sauce, but – according to Baumann – “tastes good on everything.”

Folks can also order one of Binary’s signature burgers, each of which are cooked to order with custom-blended half-pound beef patties (a combination of brisket and ground chuck) from Allen Brothers.

Choices include the Binary Burger topped with Artas’n Meats bacon, pepperjack cheese, jalapenos, Binary sauce and an over-medium egg ($15); the 1-Up Burger with bacon, breaded cheese curds and Binary sauce ($14); or a Build-Your-Own option featuring a quarter-pound burger and choice of toppings (starts at $11). 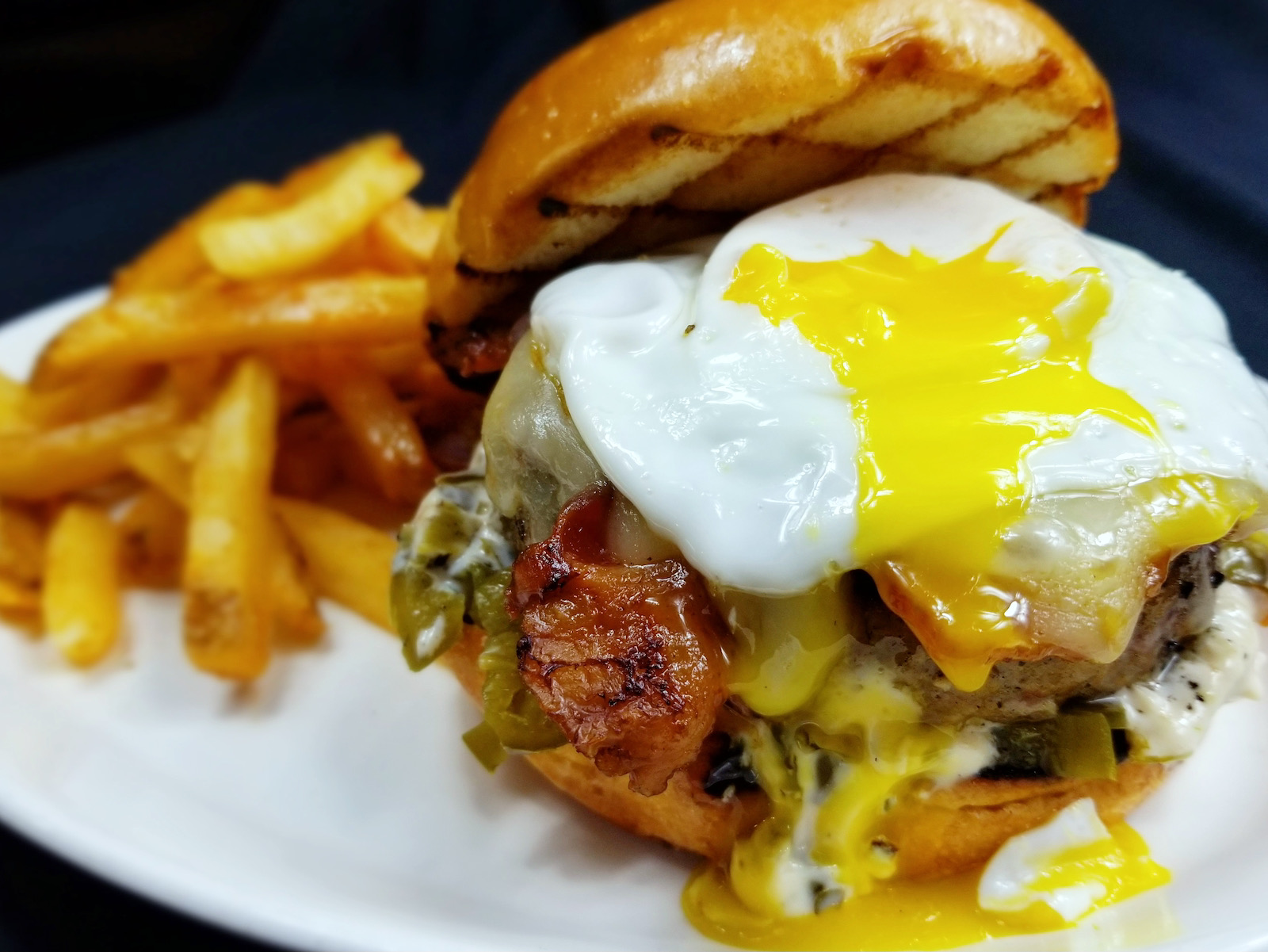 “Everyone offers to-go,” says Martinez. “So we designed our menu to stand out. Every one of our items is designed to hold up well for carry-out, even for folks who are coming here from a distance.”

And, for those longing for a bit more geek with their dinner, every carry-out order will be accompanied by one in a collection of six custom-made stickers designed by local artist Ryan Steiskal of Terrestelle Studio. The first edition printing is holographic and they’re looking snazzy enough  that you might just want to collect them all. 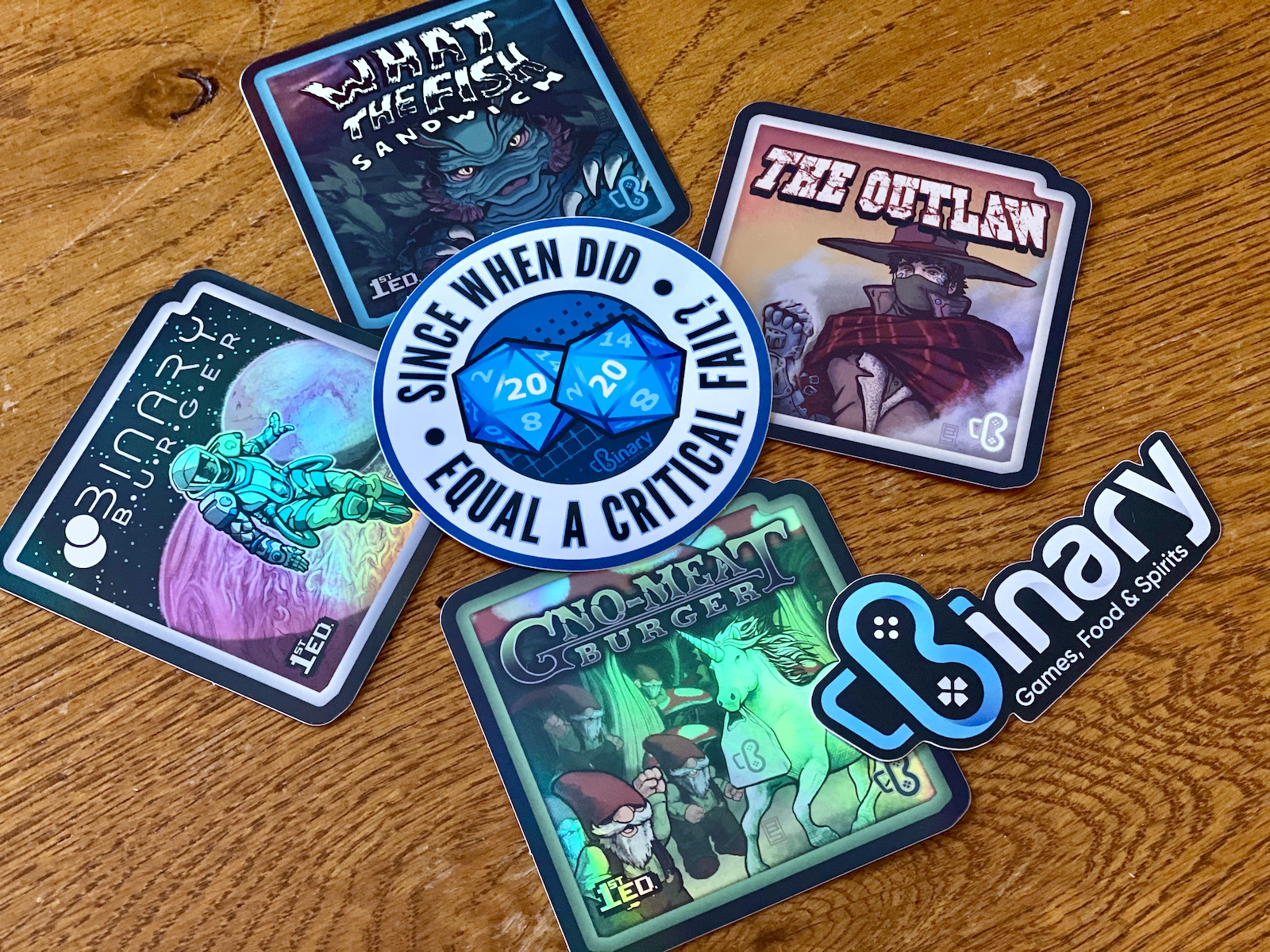 A bright road ahead

Baumann and Martinez are united in their vision for what Binary can be moving  forward, and both owners say they're excited to see how guests respond.

“It’s always been a dream of mine to own a restaurant,” says Martinez. “And Jana and I really work well together. She brings the business acumen and I bring my restaurant background. It’s very harmonious. Plus, we’re both nerds, so it’s a great fit for both of us.”

Baumann nods. “Among our goals, we want to create a great place to work. We want people to be happy here. We want people to like working here to have ownership and be paid fairly. And the ultimate goal is all of that will transfer to the guest experience.”

Beginning Jan. 20, Binary will be open for carry-out and curbside pick-up Wednesday through  Sunday from 4 to 10 p.m. Guests can place their orders by phone to start, with online ordering  on the way. Third party delivery will also be available through DoorDash and UberEats. View the full menu at binarygfs.com

Lori Fredrich May 03 Dining
(Re) Openings

Scardina Specialties to reopen in new location this summer