Binary is a hidden gaming gem in West Allis

Tucked away in West Allis is Binary: Games, Foods and Spirits, a small gamer's paradise on the corner of 92nd and Lincoln. Various banners from "Game of Thrones" hang from the ceiling, there are mannequins donning "Star Trek" costumes and tons more.

Tucked away in West Allis is Binary: Games, Foods and Spirits, a gamer’s paradise on the corner of 92nd and Lincoln. Immediately upon walking in, you’re immersed in geek fandom. Memorobilia seems to cover every inch of the place; various banners from "Game of Thrones" hang from the ceiling, and posters depicting art from countless different TV shows, games and movies cover the walls. There are even mannequins donning "Star Trek" costumes.

One has to wonder where all of this geek memorabilia came from. It’s actually from owner Kelly Hansburg’s personal collection. Her family never knew what to get her for her birthday, so they would buy random geeky items. This exposed her more and more to different parts of geek culture. 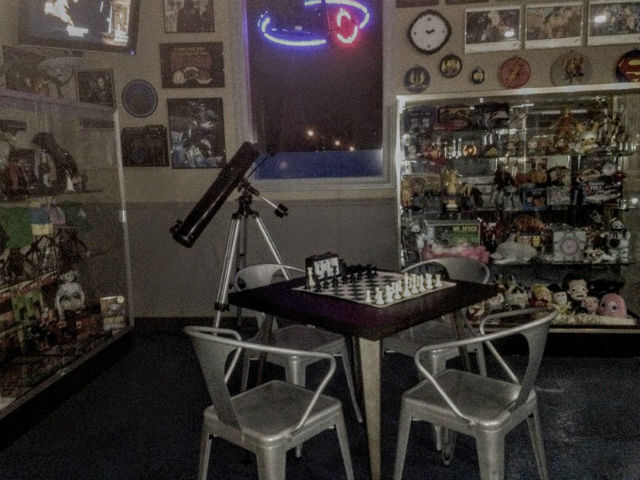 Apart from the memorobilia, the whole design of the bar is nerd-inspired. Hansburg says the point was to make it look as "if a spaceship had a lounge area." Renovations took a year, and she tried to make the bar as raw as possible with an exposed ceiling baring pipes and a metal roof.

Besides the memorabilia, the place is overflowing with tabletop games from role-playing to strategy to quiz-based. There are 300 games within the bar, and every month, a good chunk of them are rotated out for new ones. Don’t know how to play a game that peaks your interest? Don’t worry; ask a staff member or a patron of the bar, and they’ll be more than willing to help you. Hansburg says that the bar is very much a community in this respect, from people helping each other to initial strangers even joining to play.

The most popular games are Settlers of Catan, Betrayal of House on the Hill and Cards Against Humanity, the lewd version of the kid-friendly Apples to Apples. Hansburg says that sometimes the whole bar will participate shouting answers back and forth which makes for a good time. 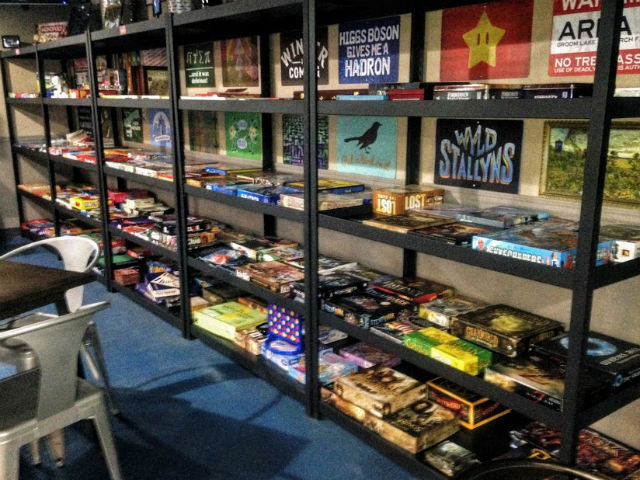 There are also classic arcade games, such as pinball, an air hockey table and skeeball. Don’t feel like being around others? Go look at the wonders of space through their own telescope. Binary also has a patio, but it's hard to understand why anyone would want to be outside when there's such a wide array of activities to do indoors.

The name Binary is obviously in reference to the base code which makes up computers. Hansburg thought the name was "short and memorable," and "anyone savvy to the nerd crowd will understand." The attention-grabbing name and code-covered sign brings in geeks and many people who are just plain curious. 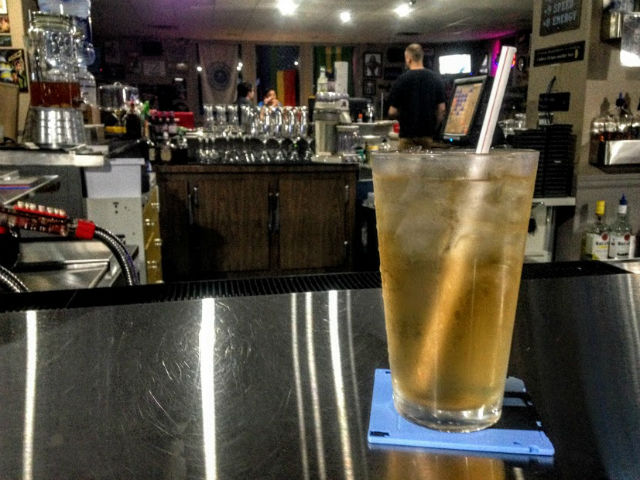 Binary has a nice selection of specialty drinks with names based off TV shows and films. Battle of Serenity (pictured above) is one of the most popular specialty drinks, including Captain Morgan Spiced Rum, Triple Sec, root beer Schnapps and Sprite. The name is based off the shortly-lived but exceptionally beloved sci-fi series on Fox, "Firefly." Hanseurg says the specialty drinks "fit a certain scene and are very tasty." And to make the bar even more geek-friendly, they use floppy disks as coasters.

Hansburg wants people to have fun but not too much fun and wants the public to know Binary "has a different mindset for a West Allis bar." Hansburg cares for her customer’s safety and well-being by discouraging people from taking too many shots and making sure her staff provides water for every few drinks a customer consumes.

Hansburg also likes to make sure her customers don’t have an empty stomach. The food served at Binary is, in her words, "traditional American comfort food" filled with burgers, pizza and nachos. Hansburg says that the tater tot nachos are the most popular item, saying that she goes through 30 pounds a day. Apart from the typical American food, there are also vegan and vegetarian options. 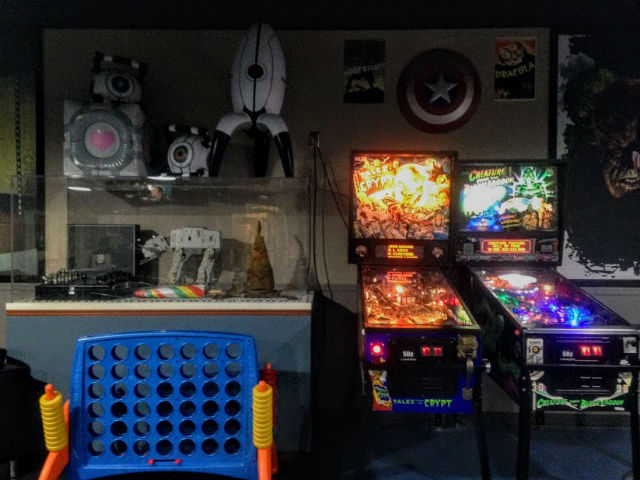 In order to attract more customers, Hansburg notes Binary is beginning to set up a trivia night. She doesn’t know yet whether they’ll cover different themes each week or just stick with general trivia about films. The prizes would include craft beer and "obviously bragging rights."

If you want to take part in a new kind of bar experience – complete with board and arcade games – Binary is your place.