Sometimes it Snows in April: Bittercube pays homage to The High Priest of Pop

This year, the talented team at Bittercube Bar & Bazaar has done it again with the largest, most diverse Prince tribute menu yet. We've got a preview of the offerings, which will be available through April 27.

The news had broken that morning that Prince had passed away at his Paisley Park estate. Among the tributes seen across the city of Milwaukee was a purple-hued cocktail menu created by the folks at Bittercube during their residency at Twisted Path’s former tasting room, Dock18.

It was the first of what was to become an annual celebration of the musical prodigy, a tribute expressed through the media of flavor, color and poetry.

This year, the talented team at Bittercube Bar & Bazaar, 4828 W. Lisbon Ave., has done it again with the largest, most diverse Prince tribute menu yet.

The offerings debuted in soft-opening form last weekend; but the full menu will make its debut beginning Thursday, April 11 and will run through the end of April, culminating with a celebration on Saturday, April 27 featuring music from DJ Fuzzy Logic beginning at 9 p.m.

Throughout the month, guests can enjoy their cocktails at the Bittercube Bar as well as in the bar’s fully loaded purple-lit Prince Listening Lounge complete with streaming Prince videos, Prince on vinyl and a Prince-inspired Instagram selfie wall.

Scroll through the impressive menu and you’ll find a menu that runs the gamut from light and refreshing to boozy and complex. There’s whimsy and overt sexuality, fruit and flowers, bitterness and astringency. In fact, each cocktail is more unique than the next. 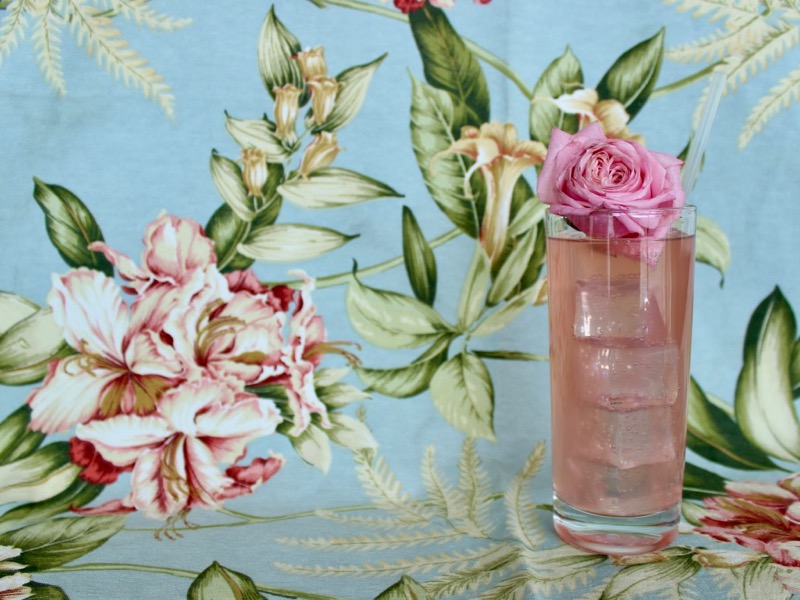 A citrusy and slightly floral refresher. Goes down easily. 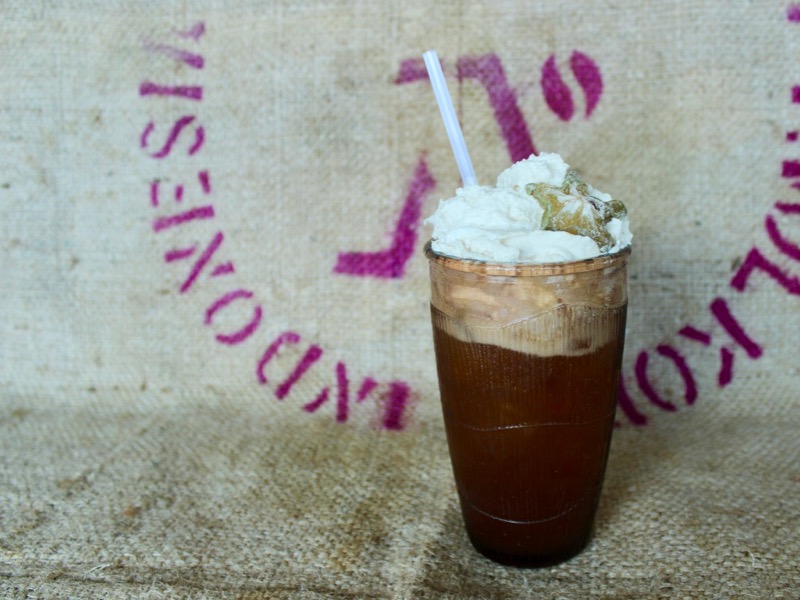 Don’t miss the joy of scooping up the coffee whipping cream and enjoying it with the dried starfruit garnish. Delish. $11 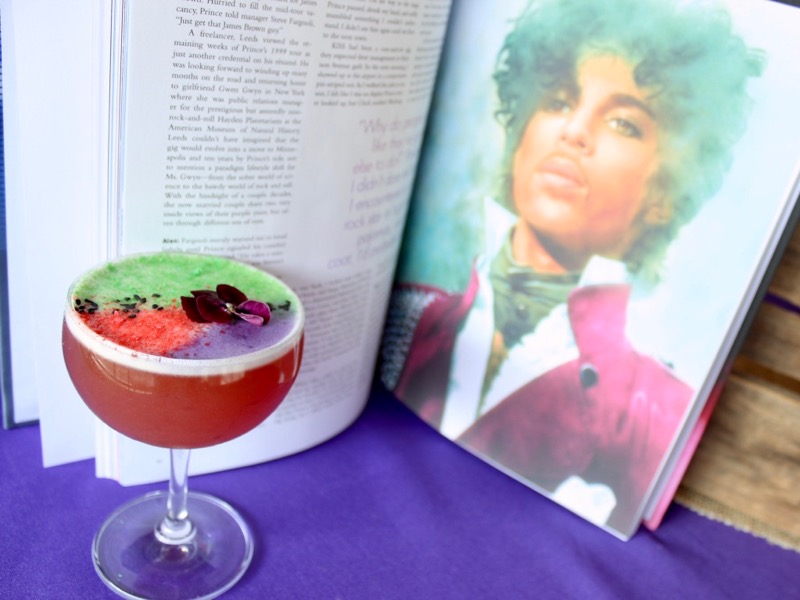 Smooth and refreshing; it's a classic with a colorful twist.

A gin cocktail with lemon, raspberry, bergamot and honey. $12 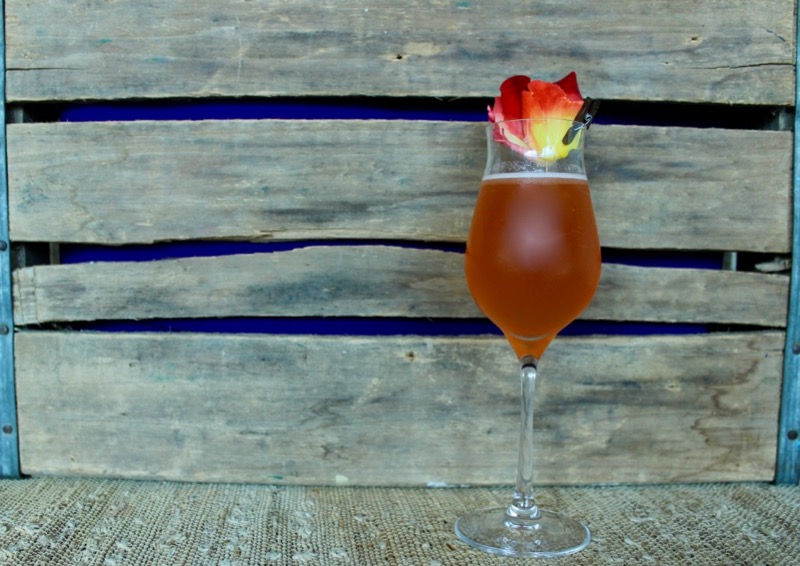 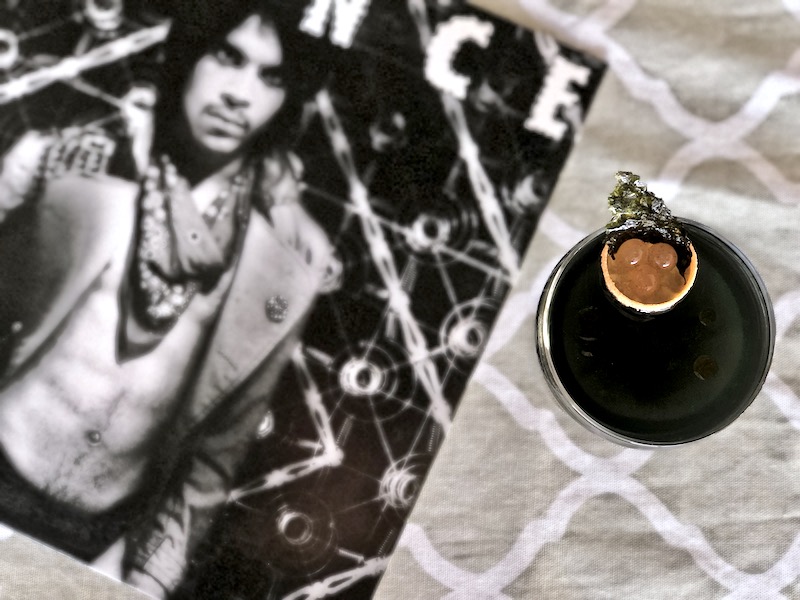 This vodka martini is deep and dark, colored with squid ink and accompanied by a sushi-like garnish of chili bursters and nori served up on a cracker boat. $9 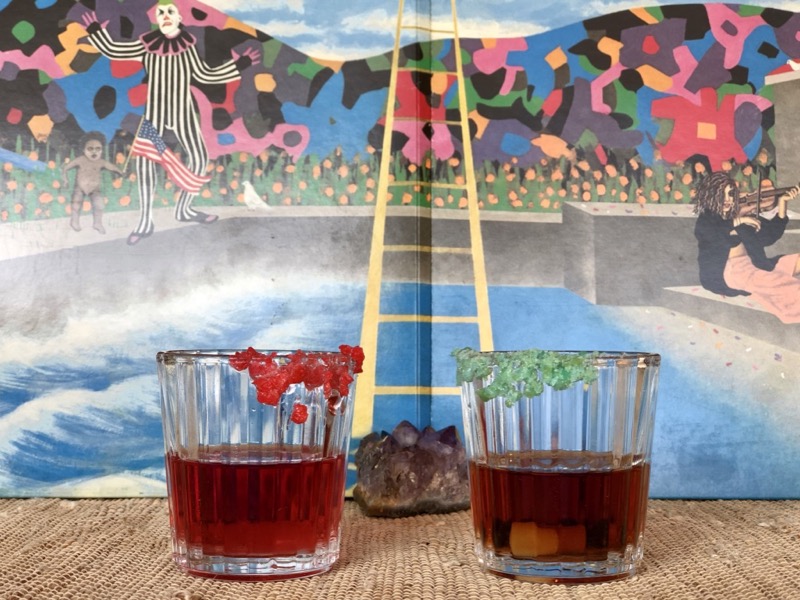 And there are more where those came from (six more, to be exact).

Beginning on Saturday, April 13, there will also be a limited release special edition collaboration brew called Paisley Heights. The beer was created by the folks at Vennture Brew Co. in collaboration with Bittercube’s Brandon Reyes. The intention was to capture the flavor profile of Reyes’ cocktail "The Kid" in beer form. 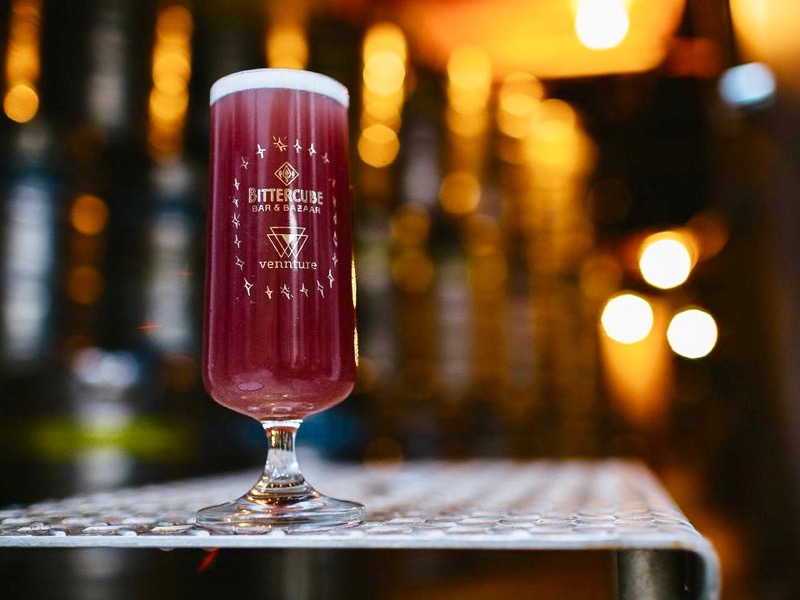 The beer is a cocktail sour that weighs in at 6.4 percent ABV. It’s dry-hopped with Denali and Hallertau Blanc and flavored with pineapple and blueberry puree, cassia, allspice and cloves. It's vibrant color comes thanks to the magic of the butterfly pea flower. The result is a lively, lightly tart brew with a ton of complexity. $7 (The beer will also be available for a limited time at Vennture Brew Co.)

At Bittercube Bar, Paisley Heights will also appear in The Cocktail (Formerly Known As The Kid), a fruity purple masterpiece incorporating the beer, rum, pineapple and Bolivar Bitters $10.

Commemorative Prince-themed goblets will also be available for purchase at $10 each (or discounted when purchased with the cocktail or beer). 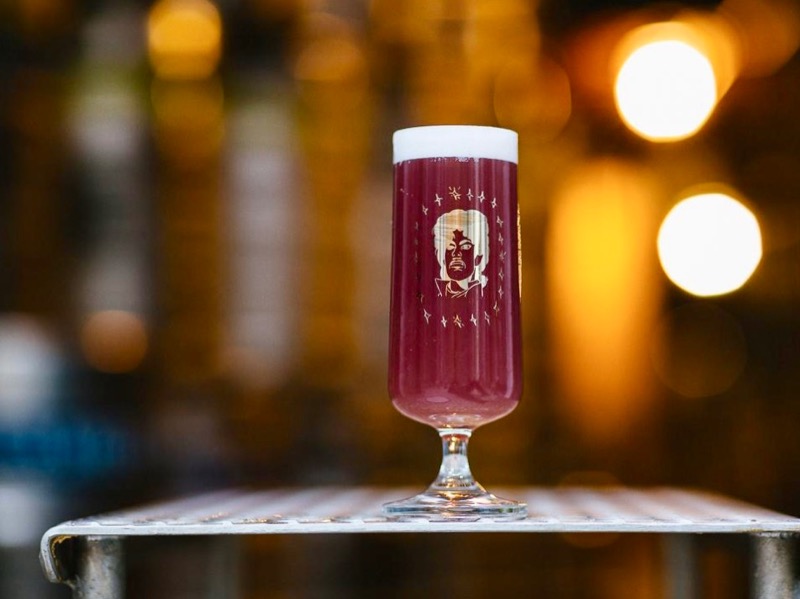 Want more? Get tickets for "7"

During the event, which takes place on Saturday, April 27, guests will enjoy seven Prince-inspired cocktails (highlights from the "Sometimes it Snows in April" menu, plus one drink created exclusively for the event) paired with snack-sized pairings created by Chef Anastacia Nielsen, Bittercube kitchen coordinator.

Seatings are available at 6 p.m. and 9 p.m.; availability is very limited. Cost is $60 per person and includes 7 cocktails with pairings. Tickets can be purchased online. 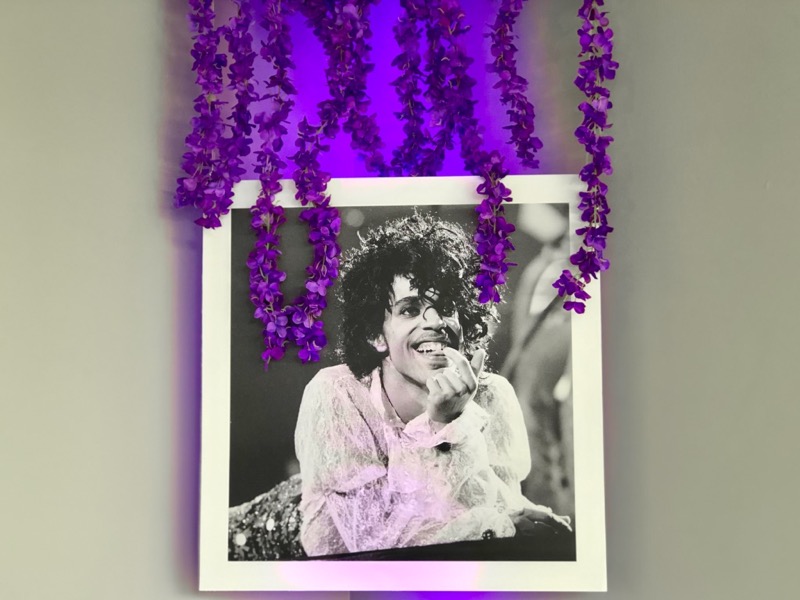 An abbreviated "Sometimes it Snows in April" cocktail menu is also available at the Bittercube Bazaar Monday through Saturday from 2 to 9 p.m. and Sunday from 11 a.m. to 5 p.m.

Lori Fredrich Oct 04 #RaiseMKE
Do This

Dwayne 'The Rock' Johnson's Mana Mobile to visit the Cream City on Sept. 30

Lori Fredrich Sep 28 Dining
Do This