Construction on the Riverwest digs for Black Husky, a northwoods brewery making the move to Milwaukee, is scheduled to begin in the next few weeks. We sat down with owner Tim Eichinger to find out more.

Construction on the Riverwest digs for one of Milwaukee’s newest breweries is scheduled to begin in the next few weeks. And, if all goes according to plan, Black Husky Brewing will begin production in its new facility at 909 E. Locust St. by late spring or early summer.

It’s a big move for the nano-brewery, which currently operates in a log cabin in Pembine, just miles from the Michigan border. But, owner Tim Eichinger says that both he and his wife Toni are looking forward to the change.

"A big part of the move, for us," says Eichinger, "Is to be closer to our family. Our son Jake lives here in Milwaukee… and we have a grandson who will be three in March. It will be really good to be here, to be able to be the silly grandpa on a day to day basis."

But, the move also makes sense from a business perspective.

For years, Eichinger has been making the near 200-mile trek to Milwaukee once per week, distributing his beer to approximately 52 accounts in the greater Milwaukee area. Black Husky’s production is small, amounting only to about 300 barrels a year (for comparison, consider that Lakefront Brewery currently brews about 40,000 barrels per year).

But, at least 80 percent of the beer brewed at the northwoods nano-brewery is delivered to spots in the Milwaukee area, including Discount Liquor and Otto’s Stores along with restaurants like Goodkind, Morel and Merriment Social, and bars like Sugar Maple and Draft & Vessel.

"We really didn’t market to too many places," says Eichinger. "It was really just word of mouth that created the business. And self-distribution is a pain in the ass, but it really connects you to the right people."

Eichinger, who grew up in Pembine as the son of a welder, moved to Milwaukee when he was in high school. It was in the Cream City where he met his wife Toni, a native south-sider from large working-class family not so different from his own.

The two lived in West Allis for a number of years, before moving up north to Pembine in 1999. Eichinger built their log home by hand, using leftover logs to build what would eventually become the Black Husky Brewery. 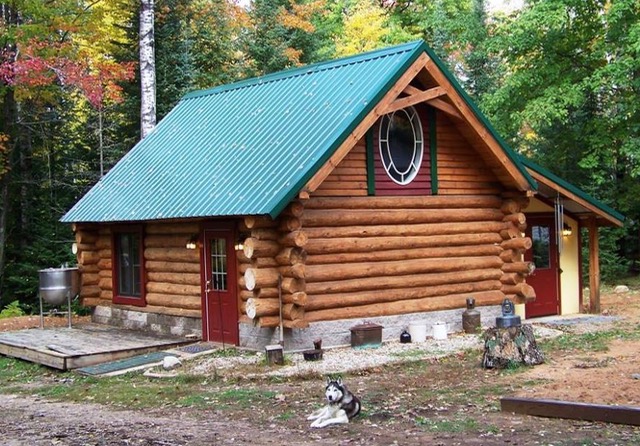 "I’d started home brewing simply to increase the selection of beers available to me," Eichinger notes. "And I kind of got obsessed. After drinking a Bell’s Two Hearted Ale, I couldn’t get my mind off of hoppy beers. And I brewed and brewed, and then I had all this beer. I was pretty popular in our neighborhood."

By 2010, Eichinger took his home brewing to the next level by launching Black Husky, a brewery named for Howler, a lovable black husky who never quite took to his training as a sled dog.

"Toni and I have a pretty special relationship, and we’ve always done things together," notes Eichinger. "It took us thirty years to figure out what it was going to be, but brewing turned out to be it.  Everyone reaches this point in life where they’re looking for something to do. And circumstances were such that it worked out."

In his first year, he made 28 barrels of beer. And surely but steadily, Black Husky grew, eventually producing over sixteen beers (each featuring one of the Eichingers’ sled dogs on its label) including two flagship brews, Black Husky Pale Ale and Sproos, along with numerous seasonals including a winter Milk Stout, their fall Big Buck Brown, and Shutzengel, a white IPA whose name means "guardian angel" in German.

But despite Black Husky’s popularity, which developed quickly among craft beer lovers, Eichinger says he still remembers a visitor to the brewery who reminded him that not everyone was going to love their big, bold high APV beers.

"I remember this guy coming in, who had a background in marketing." notes Eichinger. "And he said, ‘I can tell you are going to do well. But, don’t make that spruce beer. It’s just awful.’"

In addition to its operational quarters, the new Black Husky brewery – which is being designed by InStudio Architecture and built by Inland Construction – will feature a tap room where folks can get their growlers filled or enjoy a "coffee shop-like" vibe for hanging out and grabbing a beer or two. Meanwhile, an outside beer garden with a fire pit will provide a space for folks to linger during clement weather.

"We’re not particularly flashy," he adds. "We’re pretty real. I still love going to spots like the Roman Coin here in town. You’re on a first name basis with people; it was ‘Cheers’ before there was ‘Cheers’ …  and our goal is to be a place like that, a neighborhood spot where Bob brings over his zucchini harvest and people come and pick them up. " 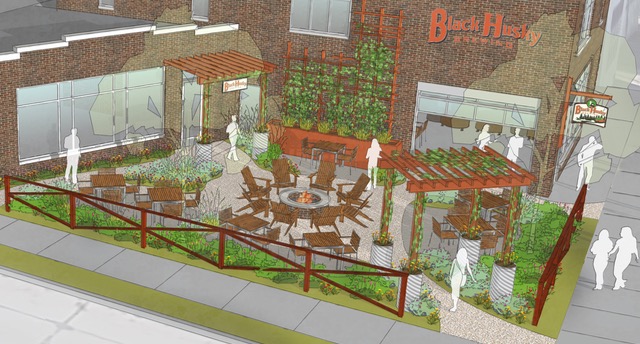 Despite the move into larger digs, Eichinger says that Black Husky will remain a small brewery, maxing out at about 2,000 barrels a year.

"I talk to a lot of guys who are doing startup breweries, who started for the same reasons we did -- they loved brewing," says Eichinger. "And then you grow, and you don’t brew anymore. But, we want to keep brewing. So, staying small is a good fit for us; it makes sure we don’t let the tail wag the dog."

"We were working with Milwaukee Seven and Colliers International," says Eichinger. "We’d looked at some different properties and things just weren’t working out. But, then Steve Sewart suggested Riverwest."

When Sewart showed them the former Manyo Motors at Locust and Bremen, Eichinger says everything started to make sense.

"As a brewer, there are a lot of different styles of buildings that you look for," he says. "You need big open spaces and high ceilings. And I saw the garage, and right away I knew it would work."

But the neighborhood, Eichinger says, was still unfamiliar. So, he and Toni dialed up John McGivern’s "Around the Corner" episode on Riverwest. "We watched it, and thought ‘Yeah, Riverwest is cool,’" he says. "The vibe seemed ordinary and really diverse. I think we’ll fit in really well that way. There are a lot of individuals here, and that’s really comfortable for us."

Eichinger says he’s looking forward to the move, which he sees as a natural progression for the brewery.

"I look at a lot of these places that are starting up," he notes. "And there’s so much hard work to do in the first few years – learning your suppliers, how to get labels made. We’ve got all of that behind us. And now we’re really seeing the brewery and our plans come to fruition. That feels really good."