North Star American Bistro, which was sold in late 2019 to Spencer Stewart, has been rebirthed as Bonobo American Bistro, an upscale, yet family friendly concept that builds on the foundations established by North Star while offering guests and updated environment and menu.

The restaurant, which was sold in late 2019 to Spencer Stewart, has been rebirthed as Bonobo American Bistro, an upscale, yet family friendly concept that builds on the foundations established by North Star while offering guests and updated environment and menu. 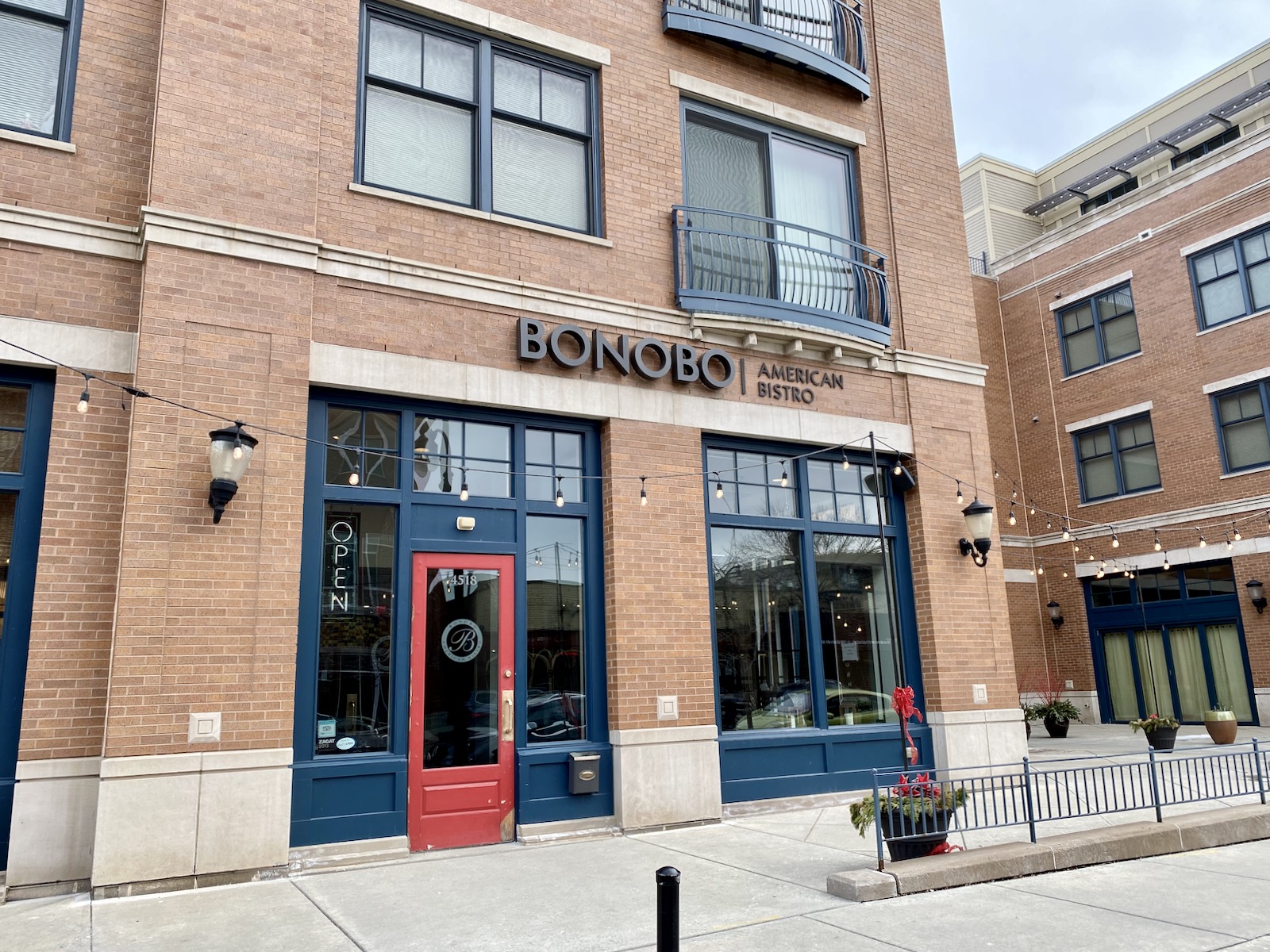 Stewart, who worked for North Star American Bistro owners Michael Stoner and Duffy O'Neil for three years at Milwaukee Ale House in Grafton, says he feels privileged to take the helm at a restaurant which successfully served customers for 15 years.

"When I knew I wanted to open my own restaurant," he says. "My vision was always to offer a more upscale dining experience. I got very lucky in the sense that I was able to take over a profitable business that was well established in the neighborhood."

In fact, Stewart says his ultimate goal was to make positive changes at North Star that would take the restaurant into the next decade. 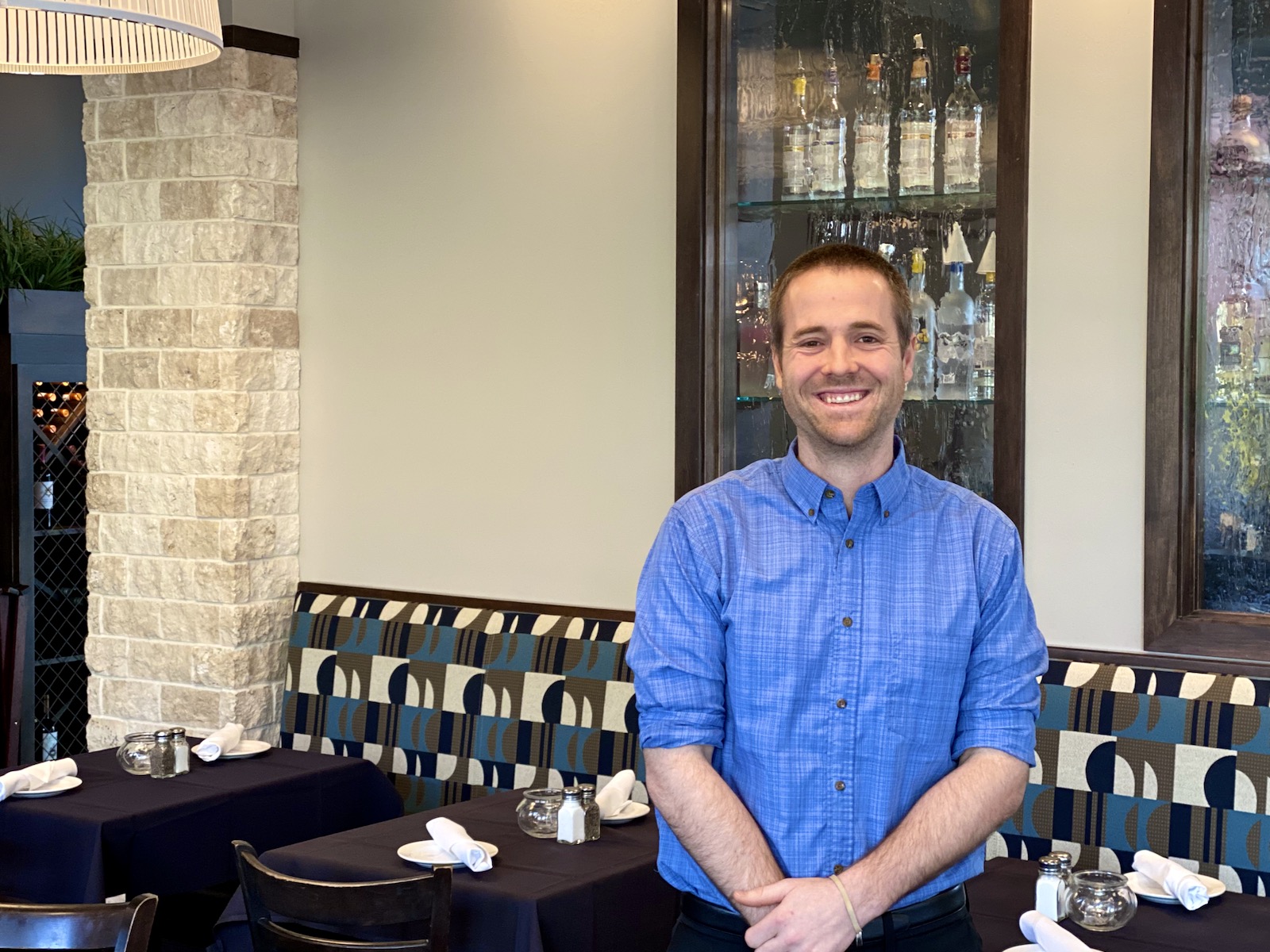 Despite taking over operations of the restaurant in September, Stewart took his time with making changes. In fact, he operated the business as North Star Bistro through the end of the year.

But over the course of four months, he put a great deal of thought into what needed to be done. He used the time to test out new menu items, garner feedback from guests. And then, in mid-January, he closed the restaurant for five days, giving the interior of the restaurant a visible refresh before hosting a grand opening on Jan. 17.

The refresh of the space was mainly cosmetic, with the most dramatic changes evident in the dining room. 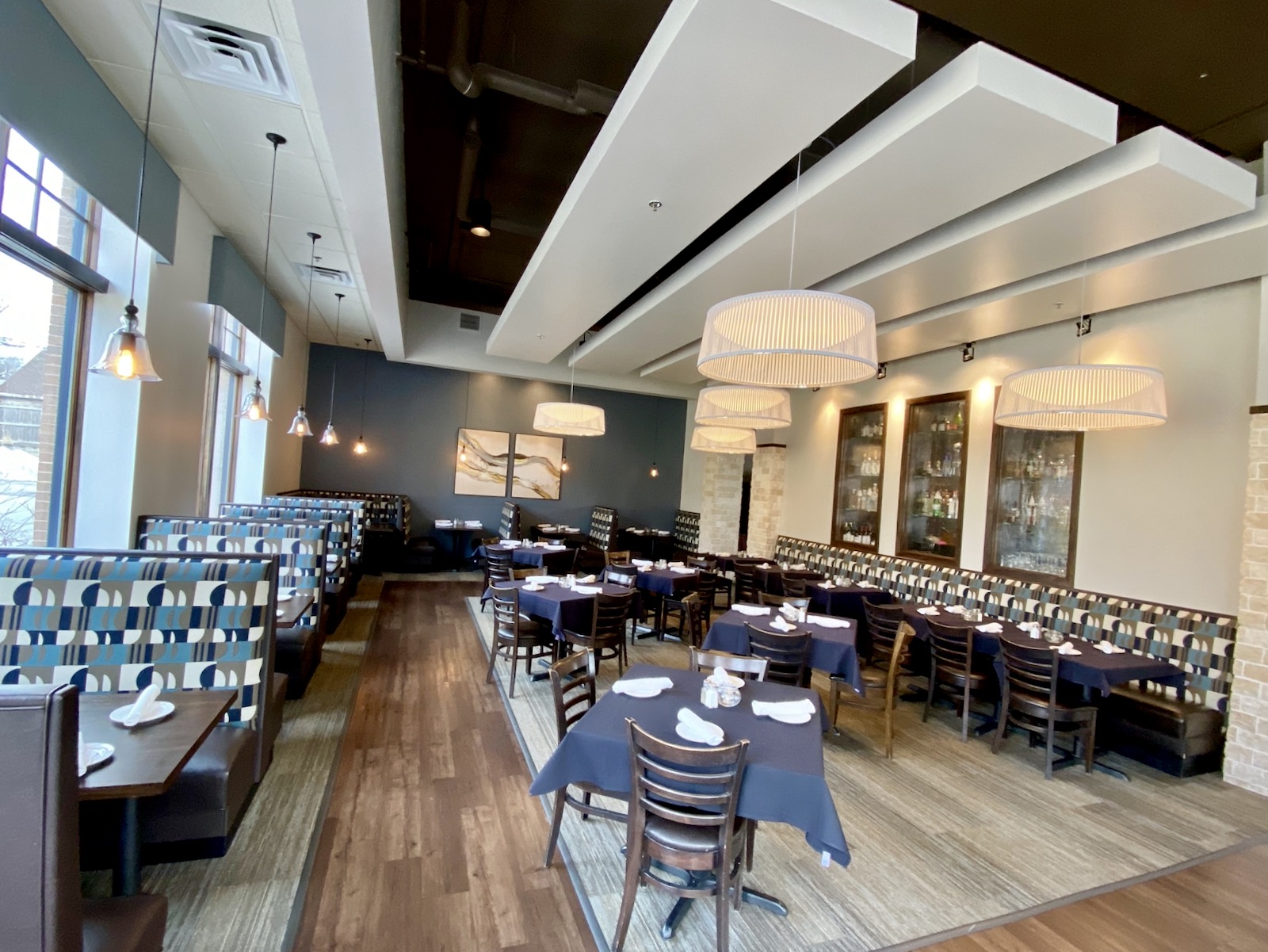 The large diner style booths which lined the dining room have been replaced, and banquettes along the inner wall re-upholstered to match. 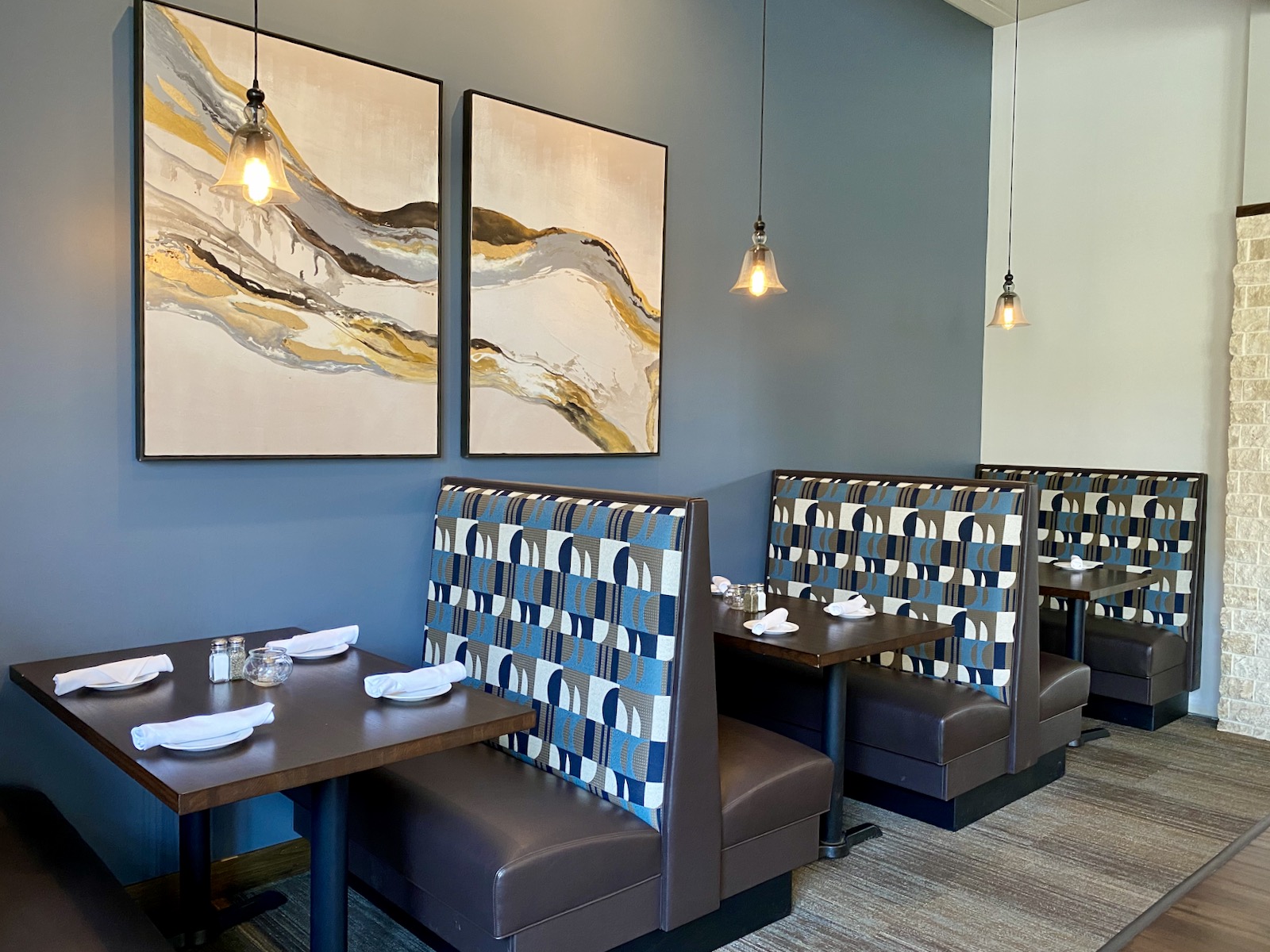 Meanwhile, the family dining area – which has long accommodated families with small children – has also been reimagined with new paint and art work. In addition, the former chalkboard walls have been replaced with a series of hanging chalk boards with dark wood paneling on the reverse side. These can be flipped around, instantly converting the children’s play area into a more upscale space appropriate for private events. 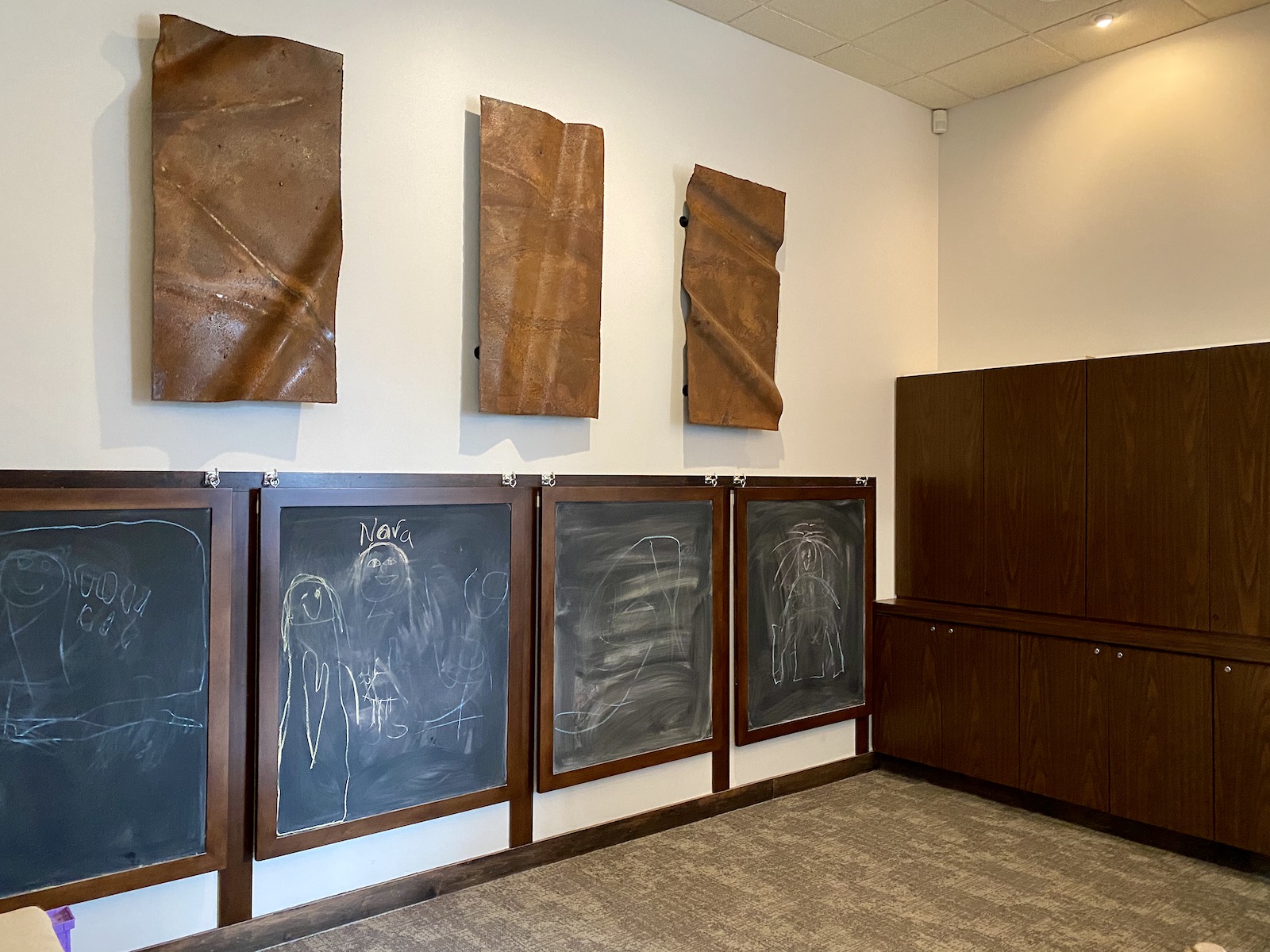 As for the name, Stewart confirms that it’s not an intentional reference to the pygmy chimpanzee of the same name. In fact, in the end he says, the word just had a ring to it.

"Naming a restaurant is incredibly difficult," he says. "I went through all the typical motions, but kept coming up short. I knew I wanted to keep ‘American Bistro’ in the name, but I couldn’t come up with something I loved. Finally one day I was looking through the wine bottles at my parents’ house and I saw the name Bonobo on a bottle."

It stuck. In fact, the Bonobo Winery in Traverse City, Michigan, even has a place on the wine list at the bistro. 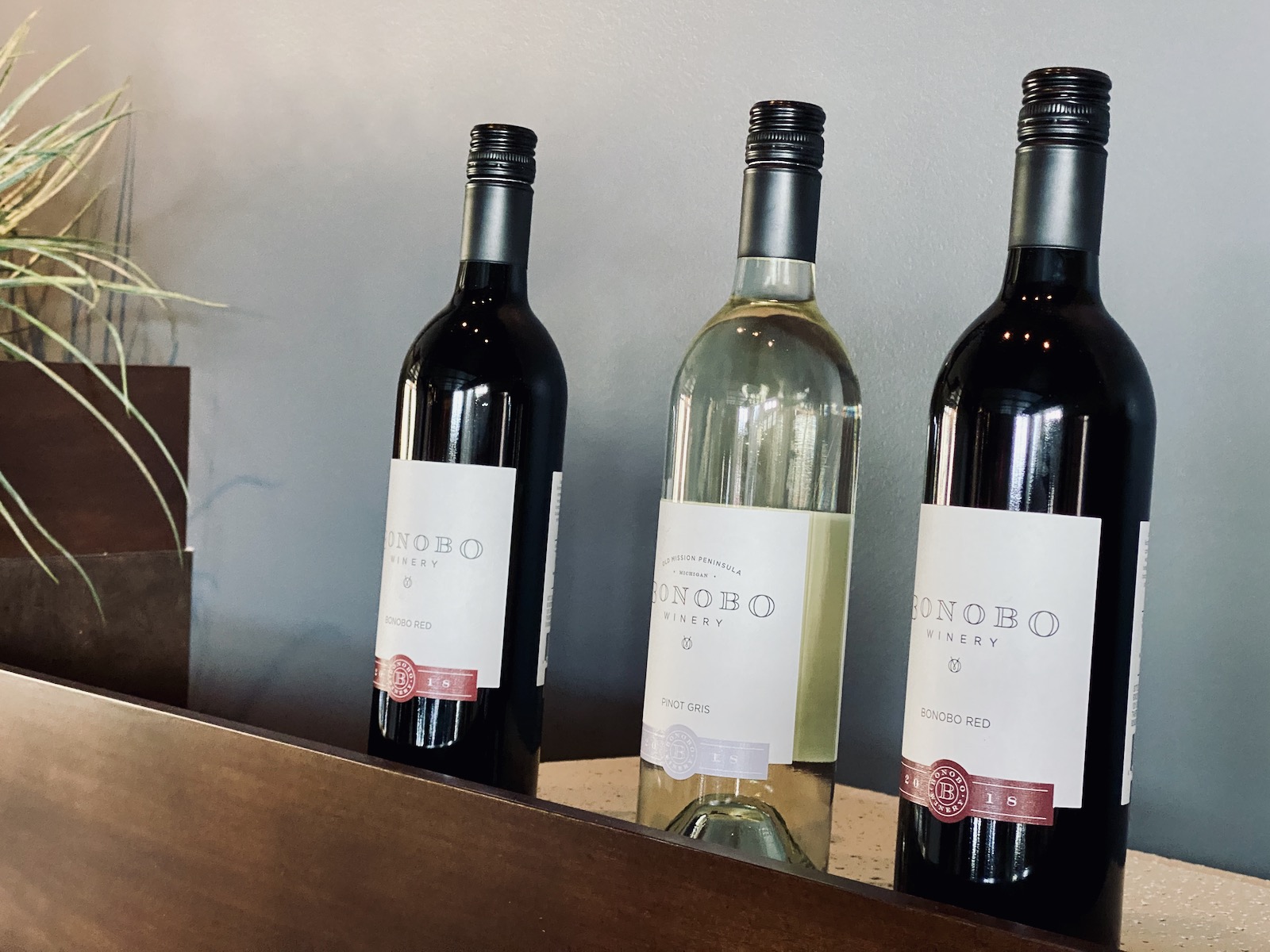 During the transition last fall, Stewart says he spent a good amount of time talking with customers about what they wanted to see on the menu. Time and time again, he says, guests mentioned that they’d like to see a variety of new items.

With the help of Chef Trent Leiknes, a classically trained chef whose experience included recent stints at Pastiche at the Metro and SportClub, Stewart pared down the menu, adding a variety of small plate-style starters, an enhanced (and growing) selection of vegetarian and vegan options and a variety of new entrees.

Salads run the gamut from house salad with mixed greens ($9 / $4 for side salad) to entree-worthy steak and salmon salads featuring ingredients like kale, romesco and farro ($15-$17).

There’s a collection of half-pound cooked-to-order burgers and the Impossible Burger ($14-$16) a deep fried chicken sandwich ($15) and steak and frites ($23).

Steak lovers will fiind an 8-ounce filet served with seasonal vegetables and a choice of potato ($33). Meanwhile, the seasonal menu features seafood options, including scallops, salmon and skate wing ($22-$28) along with plant-based farro and roasted mushroom risotto ($16) and vegetarian bolognese made with Impossible "meat" ($16).

Guests can also stop by on Fridays for the Bonobo fish fry featuring a choice of beer battered or pan seared cod, breaded ocean perch or macadamia and coconut crusted shrimp. Fish options are served with housemade cole slaw and a choice of potatoes (mashed, fingerling, handcut fries or potato pancakes).