Ruth, Robinson, Mays, DiMaggio? They all appeared at Borchert Field

Nostalgia is a powerful thing, especially among tradition-bound fans of America's Pastime. That's why many of us yearn for the chance to experience even just one game at a place like Milwaukee's old Borchert Field, chronicled in a new book by Bob Buege.

Nostalgia is a powerful thing, especially among tradition-bound fans of America’s Pastime. That’s why many of us yearn for the chance to experience even just one game at a place like Milwaukee’s old Borchert Field.

This despite the fact that Bob Buege, author of a new book called "Borchert Field: Stories from Milwaukee’s Legendary Ballpark," says, "Make no mistake, Borchert Field was an uncomfortable, splintery eyesore."

Still, we wish we could see it for ourselves. Thanks to Buege’s new book, published in paperback by Wisconsin Historical Society Press, we almost can.

From its short right-field line, to its scoreboard encrusted in a frame of period advertisements, to personalities like Casey Stengel and Willie Mays, to its setting nestled into a near North Side neighborhood, Borchert Field – which was between 7th and 8th Streets between Burleigh and Chambers – comes alive in Buege’s book. 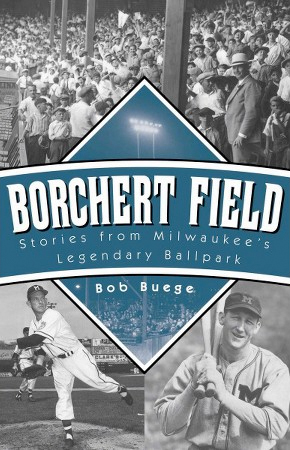 Buege took a moment to answer a few questions about Borchert Field (which is featured in this great blog) and baseball in Milwaukee.

OnMilwaukee: For folks who don't know your background in baseball history, tell us a bit about your previous books and the work you've done researching and preserving the history of Milwaukee baseball.

Bob Buege: My writing about baseball started in the mid-1980s. I saw an ad in the newspaper for an event at the Eagles Club called Pizza Jamboree or something like that. To attract patrons they offered autographs from Warren Spahn. I had pretty much abandoned baseball when the Braves left for Atlanta, but I was still a huge fan of the old Braves ballplayers, so of course I had to go to see Spahn. I stood in line with mostly kids who were too young to even know who Spahn was, and I got his autograph on a 1953 Braves yearbook. He was interested in the yearbook and paged through it for a minute while we talked about the good times of the Braves.

The event inspired me to write an article on spec for Milwaukee Magazine about my first-hand recollections of and connections to Spahn’s great career. The magazine bought the article, and Reitman and Mueller talked about it on the air. While fact-checking the article, I was reminded that no one had written a book about the Milwaukee Braves. I spent a couple years researching and writing "The Milwaukee Braves: A Baseball Eulogy." I joined SABR – the Society for American Baseball Research – and have been researching and writing about baseball ever since. Six years later (1994) I published "Eddie Mathews and the National Pastime." I have also written a couple non-baseball books.

Many of us who are too young to remember Borchert Field still seem to feel some nostalgia for it, if that's possible. Why do you think that is? What was special about it? 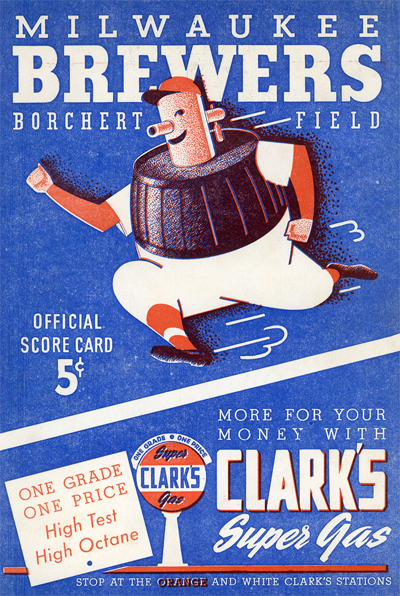 I’m a septuagenarian, but I was just 6 years old when Borchert Field was demolished. Everything I know about the park was told to me by people who attended games there or was acquired through my research. It was a fascinating place. It was constructed entirely of wood, built at a time when the U.S. had only 38 states and the White House had no electricity. It was the ultimate neighborhood ballpark, with houses standing less than 40 feet from the stadium wall. It had a Norman Rockwell quality that probably represented our nostalgic belief that the good old days were wonderful although they were mostly awful.

Can you tell us a bit about what it was like to see a game at Borchert Field? Presumably a lot different than now, with the music and the video boards. Plus, back then there were all those hats on the spectators!

An afternoon at Borchert Field – or maybe a night game after 1935 – had to be more relaxed than a modern Brewers game, mercifully lacking the constant cacophony of amplified music aimed at the younger crowd. Fans treated the games with respect, though. They dressed as they would for church. Most were men, and all wore suits, ties and fedora-style hats. Boys dressed less formally, often In shorts, but they too wore hats.

There was a closeness too, wasn't there, having a ballpark nestled into a neighborhood, rather than surrounded by a sea of parking lots?

Because the park pre-dated automobiles, no parking space was allotted. Some folks arrived by horse-drawn vehicles. Some rode trolleys. Many simply walked. The park filled one city block: 7th Street on the east, 8th Street on the west, Burleigh and Chambers on the north and south, respectively. Many people could sit on their upstairs porch and watch the games for free. That was their compensation for living with the commotion of a crowd of sports fans a few feet from their living room.

Did you support the idea of building Miller Park Downtown when that discussion was taking place?

When Miller Park’s location was being debated, I thought a Downtown location would be terrific in the sense of recreating the old neighborhood atmosphere and maybe revitalizing the Downtown area, but I could never imagine where people would park or how they would get to the games. Minneapolis seems to have handled that very nicely, though, so maybe it could have been done.

When its era had ended did Milwaukee mourn its loss and celebrate its glory the way we did when County Stadium was about to fall?

Make no mistake, Borchert Field was an uncomfortable, splintery eyesore. It caught fire from abandoned cigars and had to employ kids with buckets to extinguish these little blazes before they grew out of control. A large section of the roof blew off during a game in 1944 and was never replaced. Fans in the grandstand could watch left field or right field, but not both.

From the Depression era to the time the Braves arrived from Boston, everyone knew the park was substandard, but the ballclub was tethered to an ironclad lease held by Otto Borchert’s widow. Even the most loyal followers of the American Association Brewers rejoiced at the construction of a modern stadium in the 1950s. 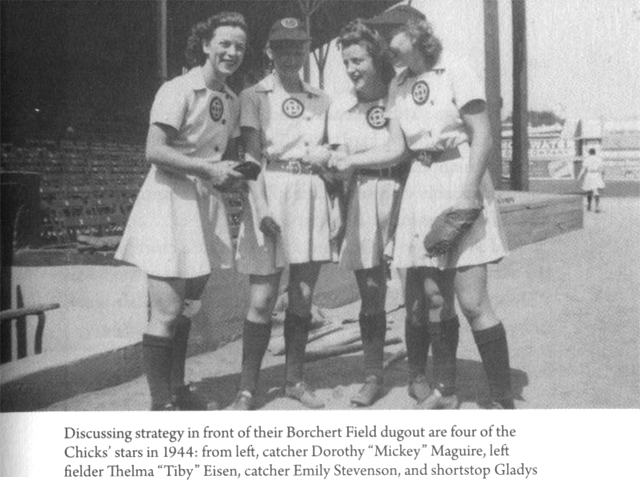 What are some of the great moments in baseball at Borchert Field that Milwaukeeans should treasure and hang on to?

For all its flaws, Borchert Field had to be a wonderful place. Milwaukee fans were able to witness close up – very close up – some great athletes and marvelous teams. The Brewers’ championship clubs of 1936 and 1951 were recognized as being among the finest minor league baseball teams ever assembled. Some of the sports world’s coaching giants displayed their brilliance there – Knute Rockne, Casey Stengel, Curly Lambeau, George Halas – the list goes on.

Most of all, the story of Borchert Field is in its performers, primarily but not exclusively athletes. Pick a great ballplayer from baseball’s glorious past and he or she probably performed in Borchert Field: John McGraw, Jim Thorpe, the Babes – Ruth and Didrikson – Mickey Mantle, Satchel Paige, Dizzy Dean, Grover Cleveland Alexander, Josh Gibson, Ty Cobb, Whitey Ford. Some excelled outside of baseball: Red Grange, Harry Truman, Cab Calloway, Verne Gagne, Paul Robeson, Daniel O’Brien. Wait – who was Daniel O’Brien? That’s a long story in itself.

Are you a fan of the modern game, too? What's your prediction for the Brewers this year?

I am still a baseball fan today, and I’m actually optimistic about the Brewers’ chances this season. I think they may win 75 games in this rebuilding year. Unfortunately, I don’t expect to ever see an array of talented athletes like those who showed off their athletic genius in Borchert Field.