A dream is on the cusp of realization for former Bacchus sous chef Andrew Wilson, who will open his first restaurant in Cedarburg later this year. We talked to Wilson about his vision for the restaurant and the challenges in renovating an historic space.

A dream is on the cusp of realization for former Bacchus sous chef Andrew Wilson, who will open his first restaurant in Cedarburg in late spring or early summer.

Brandywine is named as an homage to Wilson’s mother, who was an avid gardener. Among her favorite things to grow were heirloom Brandywine tomatoes, a perennial favorite for their rosy-pink flesh and balanced flavor. The name also plays into the menu, which Wilson says will focus on vegetable-forward dishes that change with the seasons.

Wilson purchased the former Chamber of Commerce Visitors Center property at W61N480 Washington Ave. with his wife Rhiannon last April. Originally they hoped to open the restaurant before the end of 2017. However, as they worked to develop architectural plans for the historic property, hurdles developed which extended their timeline.

Wilson says they’ve made significant progress in the past few months, so construction on the building is set to begin in the next couple of weeks. If all goes well, the restaurant could open as soon as May. 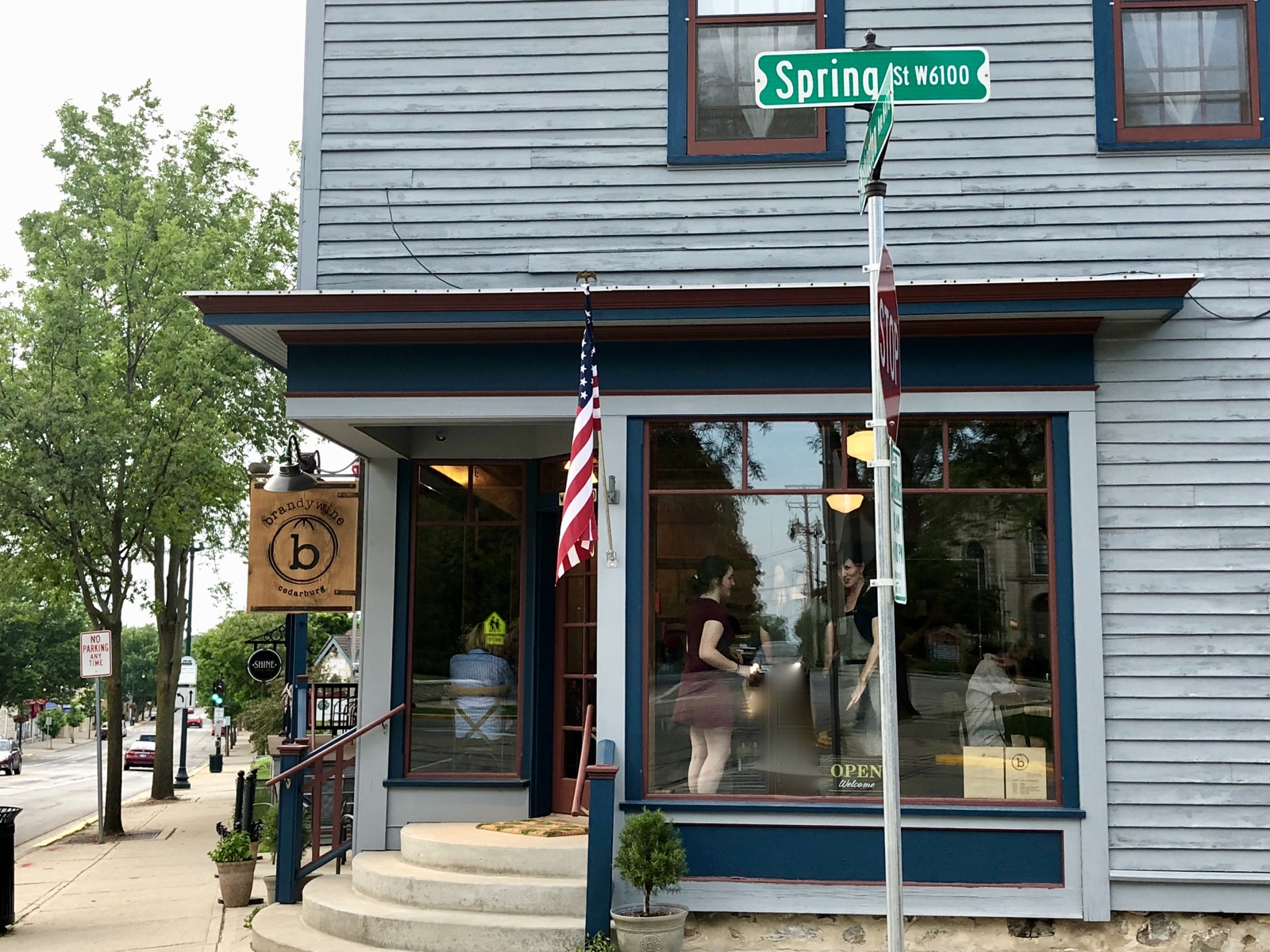 Wilson, who left his position as executive chef at the Madison Club to move to Milwaukee to be closer to his wife’s family, credits his early work with Chef Stefano Viglietti in Sheboygan with shaping his career, as well as the philosophies which will govern the food at Brandywine.

"My first restaurant job was at Trattoria Stefano and Il Ritrovo," he says "And, in retrospect, Stefano [Viglietti] really set me on the path to what I’m doing now. The work got me excited about food and local ingredients and really gave me a chance to immerse myself in the experience."

His passion for locally grown food was only heightened by his work in Madison, where the farmer’s market provided regular fodder for his creativity.

In turn, he says, Brandywine’s menu will focus on the best Wisconsin has to offer in the form of shareable appetizers, housemade pastas and a variety of entrees.

"We’ll be making our own pasta and breads," he says. "And the restaurant will really embody the marriage of local products and Italian sensibility. We want things to be very simple and uncomplicated. And we want this to be an approachable neighborhood restaurant … an affordable place where you can bring the family or enjoy a really nice date night."

Meanwhile, the restaurant’s decor will reflect a casual, rustic feel that pays homage to the past while maintaining a modern industrial look.

"We want to maintain the historic integrity of the building, including the pressed tin ceilings," says Wilson, "And then offset that with some rustic, reclaimed wood and a few industrial elements."

In addition to the main dining room, which will feature a long bar made from recycled wood, as well as seating for 40-50 guests at low-top tables, the restaurant will also offer additional seating in a room to the back of the restaurant, which can also be closed off for dinners or private events.

During the summer, Wilson says, they will also offer patio seating on the sidewalks surrounding the building.

It takes a village

Like so many chefs branching off on their own, Wilson admits that the build-out for the restaurant is squarely outside his comfort zone. "Cooking and cleaning, that’s my wheelhouse," he says. "But all of this is a completely different world."

In turn, he’s looked to a variety of industry professionals for assistance in creating a space that captures his vision in a budget friendly way.

"I’ve learned a ton," he says. "For the past few months we’ve been measuring, walking through and really deciding what’s practical and what works in the space."

Among the folks he’s relied upon for guidance is Rick Schmidt, a 40-plus year industry veteran whose experience includes ownership of a variety of longtime Milwaukee restaurants including the Oakcrest Tavern, Water Street Brewery and the restaurant in Turner Hall. Schmidt says he’s left restaurant ownership behind in favor of sales and consulting for local foodservice equipment and supply dealer, Fein Brothers. It’s a role he says allows him to combine his industry experience with his love for helping people create their dreams.

"Restaurateurs are naturally risk takers," he says. "They’re fiercely independent. And they have a lot of passion. But you have to be sharp when you’re starting from scratch. In the end, it’s not just about throwing a piece of equipment at them. It’s about sitting down and talking, finding out what they really want and need, and then bringing our expertise to the table."

As a result, he says he’s spent months with Wilson, offering wisdom and, most importantly, an eye for saving money.

"I want to see people succeed," he says. "And so much of that is about saving money and just being smart about the decisions you make. So Andrew and I work together. We talk projections and forecasts, and that really informs us regarding how much he can really spend on the kitchen. My stake is really for this place to do well and be successful on the long term. And that means you have to stick to a budget."

Wilson says that’s meant taking a long, hard look at the small kitchen footprint and trying to determine what equipment will work in the space and still meet his needs. Among other things, their chats have led to the purchase of a new state-of-the-art Vector Multi-Cook Oven, a piece of equipment that Wilson says he’s never used but that will serve a wide range of purposes in the kitchen.

"It’s really space and money saving," he says. "It’s also ventless, so it doesn’t need to go under a hood – which is awesome. And when we tried it out in the test kitchen, I was pretty blown away..."

Wilson says he met Schmitt purely by chance. "I walked into the store and he happened to be there. He showed an interest in what I was planning, and we hit it off. This has been such a learning experience, and I’m the sort of person who really appreciates perspective from others. So being able to use Rick as a resource has been great."

Wilson says it’s been the support of so many people – including members of the Cedarburg community – which has given him the energy to move forward with Brandywine.

"Opening our own restaurant was really our dream...and life is short," says Wilson. "So we just decided to go for it. When we came to Cedarburg, we fell in love with its historic charm. And for such a small community, they have a lot to offer, and people have been so supportive. Most of all, my wife has been amazing; in so many ways she’s the brains behind the business. Going into this together has been really great, and I can’t wait to see it all come together."

Watch OnMilwaukee for additional details about Brandywine’s progress as they develop.