Brantley Gilbert brought his massive "Fire't Up" tour to Fiserv Forum on Saturday night. Here are our six reasons why you shouldn't have missed the country superstar's Milwaukee show at Fiserv Forum.

Country superstar Brantley Gilbert brought his massive "Fire’t Up" tour to Fiserv Forum on Saturday night. The visit marked Gilbert’s first Milwaukee concert in over half a decade, after the "Bottoms Up" singer performed three shows on the Summerfest grounds in 2012 and 2013 – including a performance at Harley Davidson’s 110th Anniversary. While Brantley Gilbert was happy to return, he told fans that he wished he would have came during a different time of the year. "It’s cold as sh*t out there," Gilbert joked.

The Georgia born and bred artist didn’t travel alone either, as he brought singers Brandon Lay and Louisiana’s Dylan Scott along for the ride. None of the above disappointed – especially Gilbert, who performed over 20 of his biggest hits and fan favorites from his new LP during a fiery hour-and-a-half long show. From start to finish, the night was an absolute treat for the city’s biggest country music fans.

Here are our six reasons why you shouldn’t have missed Brantley Gilbert’s Milwaukee show at Fiserv Forum: 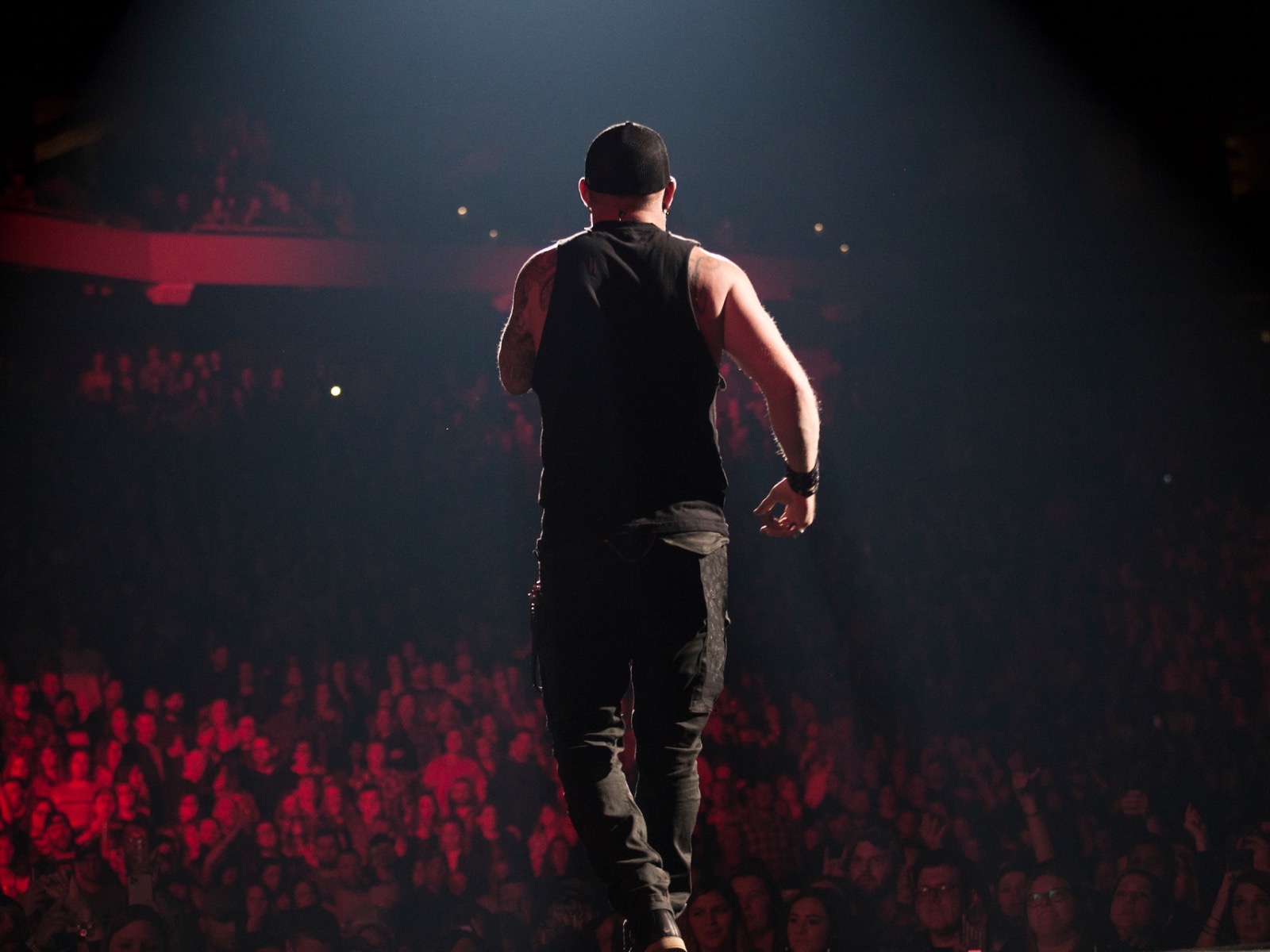 While the new arena has filled its seats with a diverse slate of entertainment and a number of big wins from the first place Milwaukee Bucks, Saturday night marked Fiserv Forum’s first concert of 2020 and its first since last November with The Chainsmokers (unless you count the Trans-Siberian Orchestra’s performances in December). With no arena-level performances in the city for nearly three months, music fans in the arena couldn’t wait to return to Fiserv Forum for a night of music.

Now that Brantley Gilbert has broken the seal of concerts at the arena in the new year, fans can prepare themselves for a number of scheduled performances in 2020, including The Lumineers (Mar. 11), Blake Shelton (Mar. 20), Michael Buble (Mar. 29), Dan + Shay (Apr. 11), Elton John (Apr. 28) and many more.

2. He brought his kinda party to Milwaukee 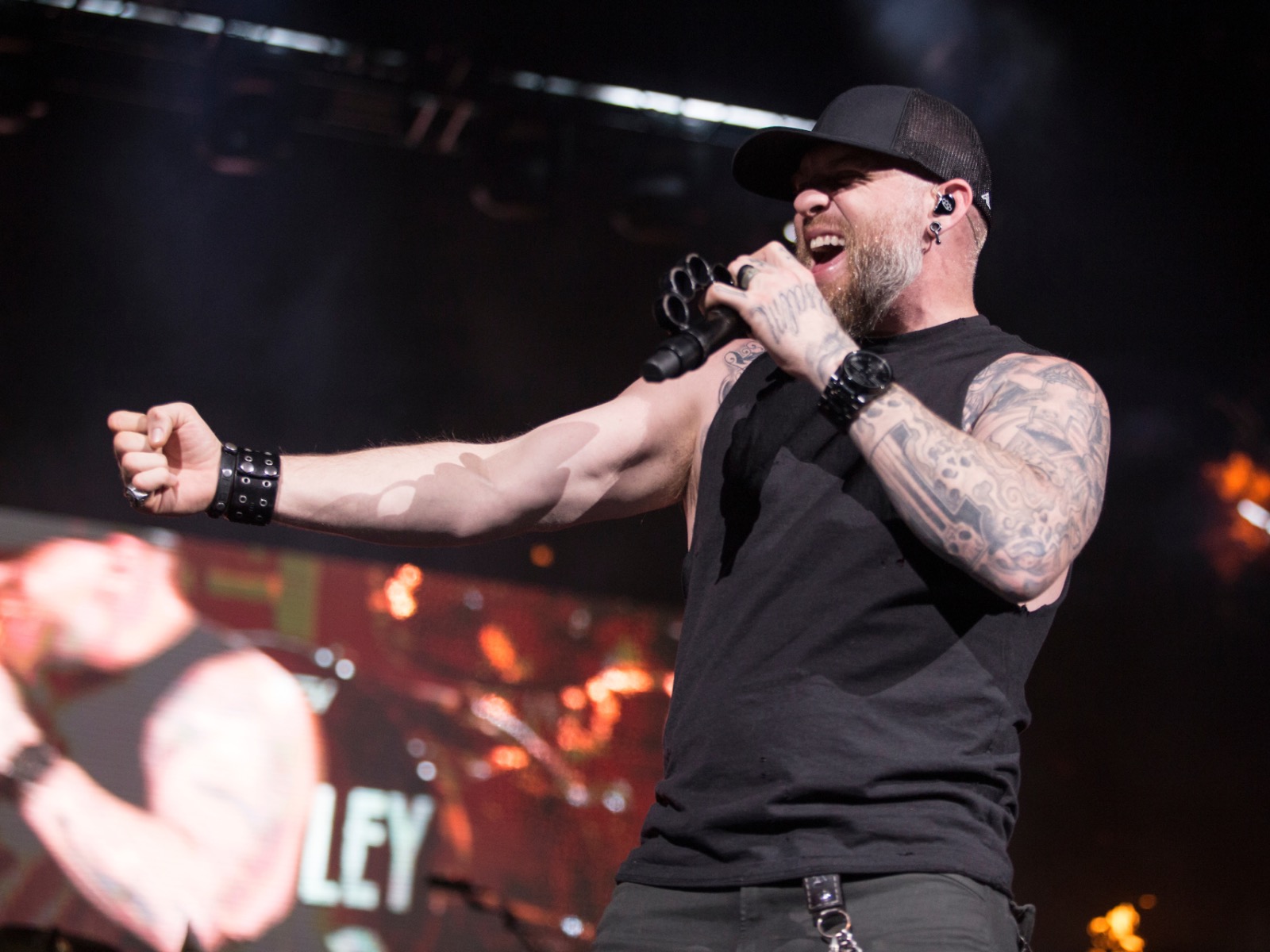 Of the many highlights throughout the evening, one of the biggest came during Gilbert’s performance of "My Kinda Party." Although the record was made famous through Jason Aldean’s recording of the song in 2010, the jam was originally written and recorded by Gilbert on his 2009 studio debut, "Modern Day Prodigal Son." Both Aldean and Gilbert know how to take the track and amplify the room’s energy with an entertaining live rendition of the hit song, and Saturday night was no exception as the crowd partied along throughout the performance.

3. Gilbert performed over a decade of hits 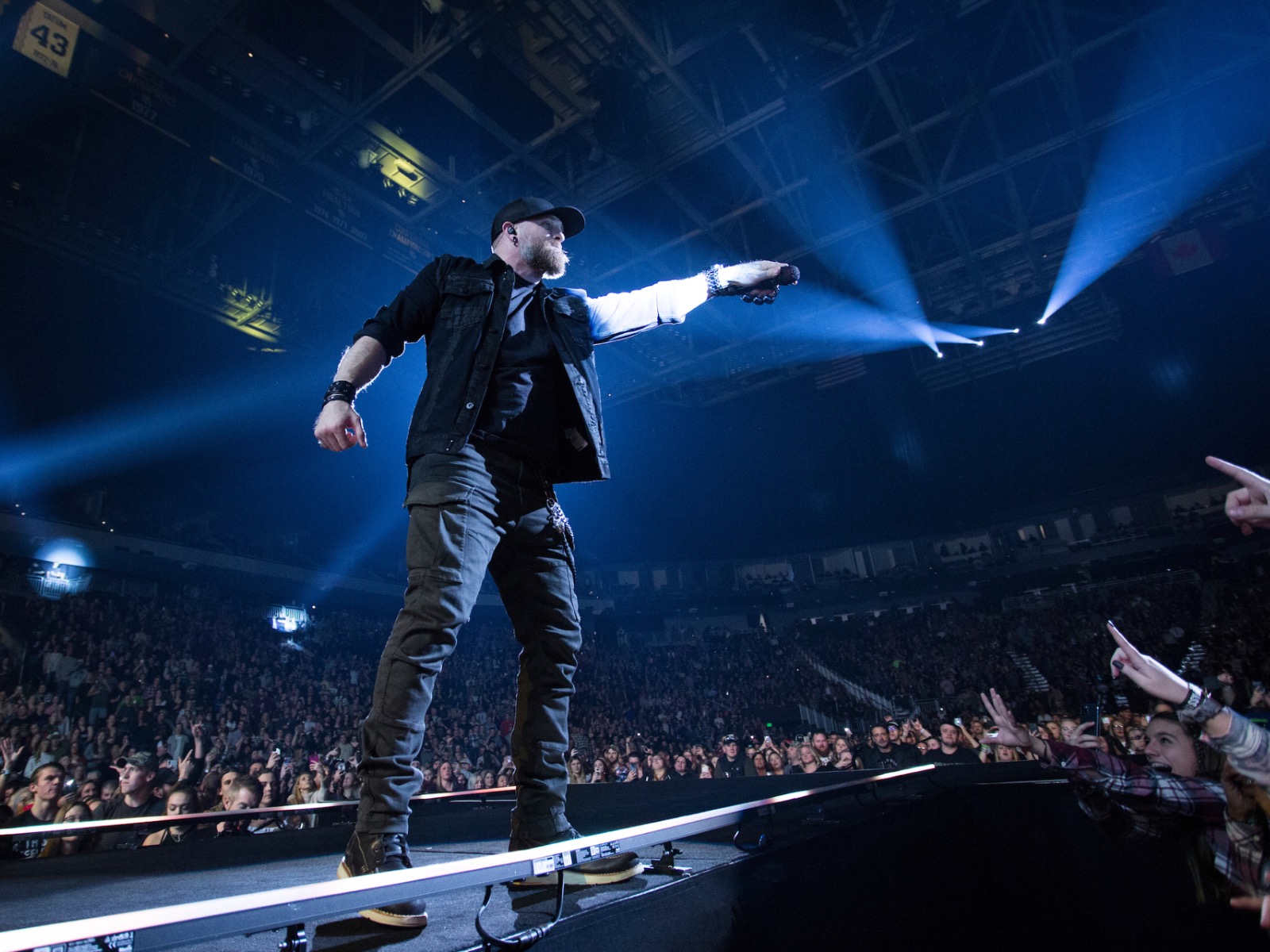 With five studio albums spanning a decade, a handful of number one hits on country radio and a collection of fan favorites that his crowd wouldn’t let him leave town if he didn’t perform, Gilbert made sure to perform all his hits throughout his entertaining performance. From the numerous hit singles from his third LP, "Just as I Am" – like "One Hell of an Amen," "Bottoms Up" and "Small Town Throwdown" – to his most recent hits "Fire’t Up" and "What Happens in a Small Town," Gilbert made sure to show love to all of his biggest records.

Ironically, perhaps the best performance of the night came as Gilbert performed a cover of Lynyrd Skynyrd’s 1973 classic "Simple Man." Keeping things simple, Gilbert delivered an acoustic performance of the track while recruiting the talents of his packed crowd to help sing along. While the pyro and sprinting down the stage’s lengthy catwalk made for a wild night, stripping things down provided a pleasant contrast to Brantley Gilbert’s set.

4. It was fans' first chance to hear "Fire & Brimstone" live 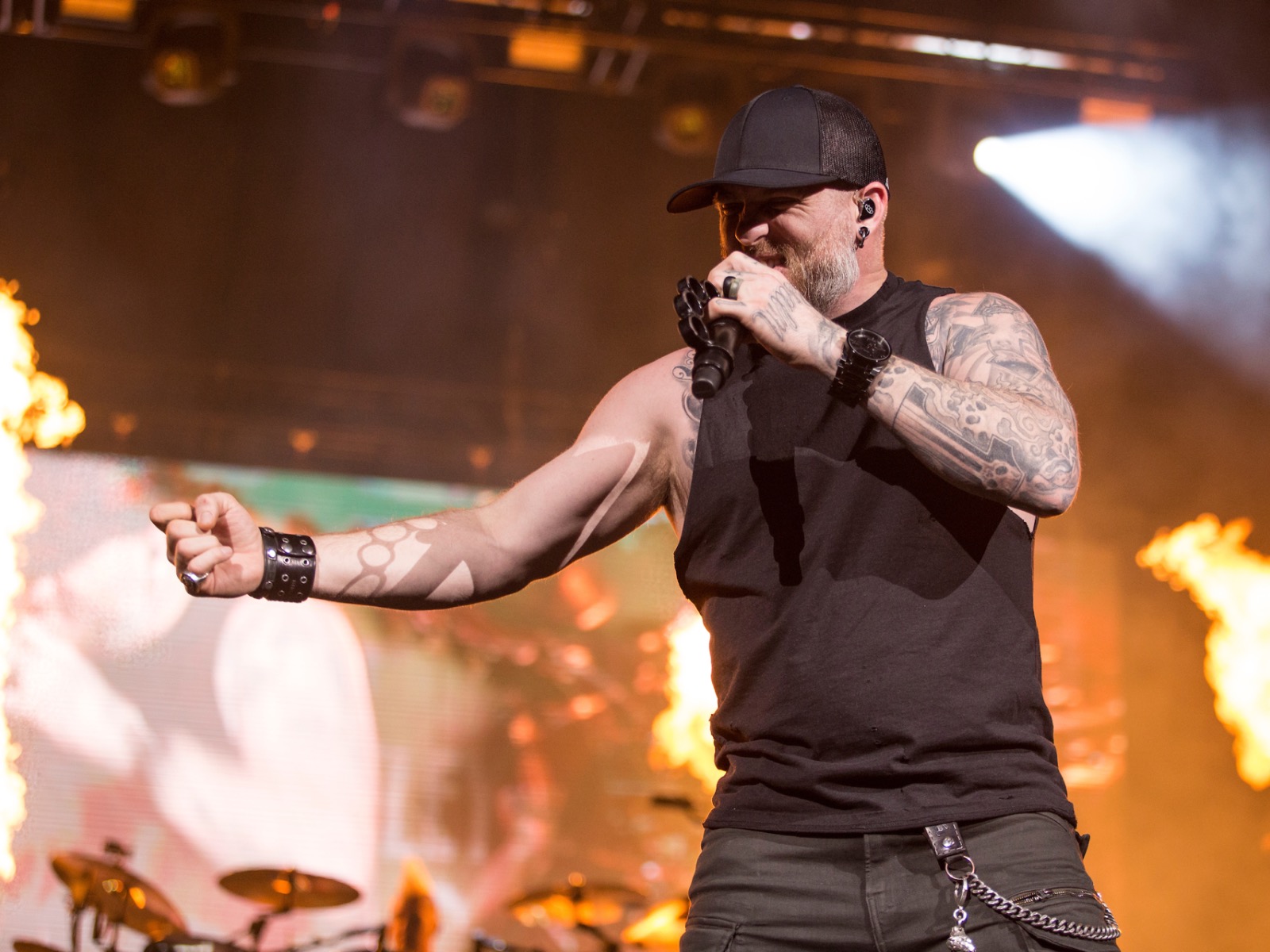 Gilbert made a concerted effort to bring new life to his latest album with rocking live performances on his new tour. "I truly feel like we’re at the point that we can let the music take us where it is meant to go, so with every new album, we like to change up our show and make it something that plays to those stories and characters," Gilbert said, in a press release promoting his new tour. "We are looking at this as an opportunity to turn up the heat a bit and give the songs on ‘Fire & Brimstone’ a chance to really rock," Gilbert continued.

Turn up the heat is just what Gilbert did, proving that even the best headphones money can buy are no substitute for live music in front of an engaged audience. While the Georgia native didn’t have time to perform his 2019 album in its entirety, Gilbert hand-selected standout tracks from the LP on Saturday night. "Bad Boy," "Fire’t Up" and Gibert’s Lindsey Ell-assisted "What Happens in a Small Town" were just a few of the tracks from 2019’s number one country album to find their way into last night’s setlist.

5. The show supported a good cause 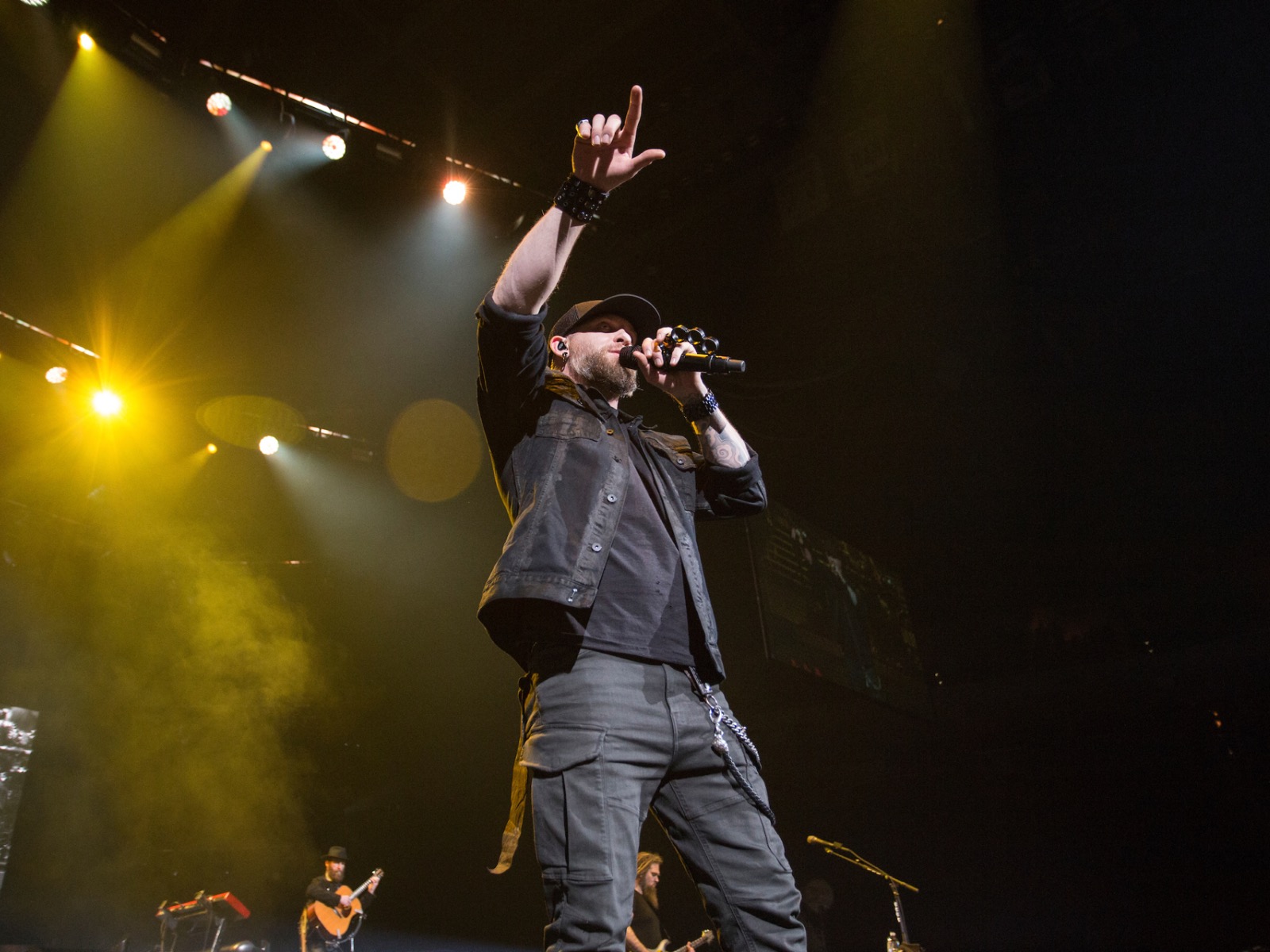 Saturday night’s performance was also worth the price of admission because it supported a couple great causes. Following the show, Gilbert’s tour donated the leftover catering from the evening to the Milwaukee Rescue Mission at 830 N. 19th St. Similar to his other various tour stops, the initiative is part of Gilbert’s association with "Musically Fed," a non-profit organization that donates excess food to different organizations that tackle hunger throughout the country.

Gilbert didn’t stop there either, as the country superstar also partnered with Farmer Veteran Coalition (FVC) to purchase catering products on each tour stop from local farms, shining light on the value of locally sourced meats, dairy and produce. Country musicians love to give back to the farming community and Brantley Gilbert is no exception. 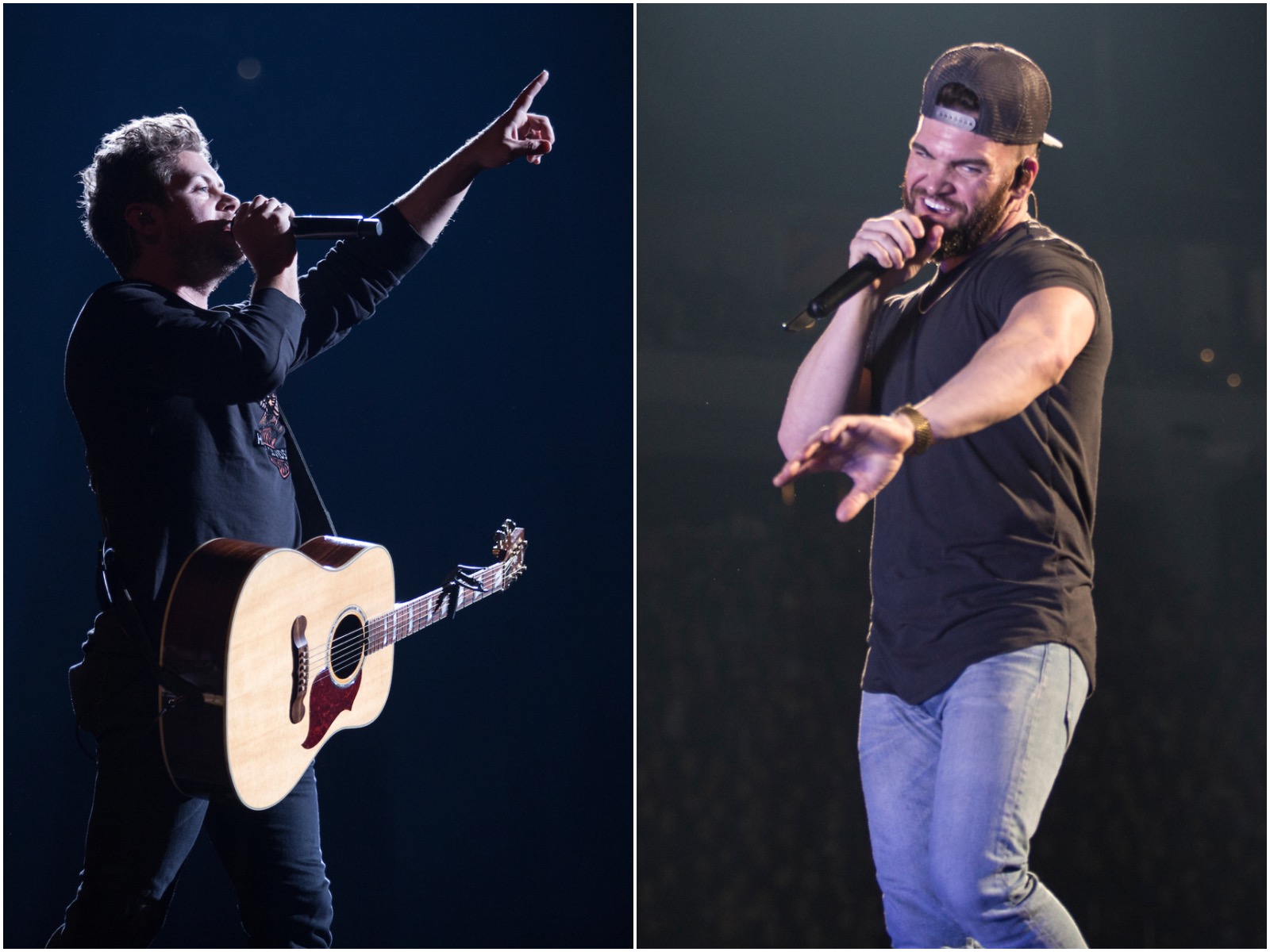 Before Brantley Gilbert brought the house down with his headlining set, the "pre-game party", as he dubbed it, kicked off with singer Brandon Lay. The charismatic Tennessee native set the mood with a high-energy performance, highlighted by his catchy gold-diggin’ single, "For My Money."

Next up, Dylan Scott had the ladies in the crowd screaming with his supporting set. The 29-year-old performed a number of tracks from his self-titled debut and left fans wanting more after he finished his set with his 2016 single, "My Girl." Both Scott and Lay would later return the stage to join Gilbert for a special collaborative performance of "Small Town Throwdown," one of standout moments of the entire night.