Actually, The Brass Tap, 7808 W. Layton Ave., has more than 80 brass taps, all lined up in a row behind the bar and ready to dispense craft beers - stouts to lagers to IPAs. The first Wisconsin franchise opened last week at the end of a strip mall in Greenfield.

Actually, The Brass Tap, 7808 W. Layton Ave., has more than 80 brass taps, all lined up in a row behind the bar and ready to dispense craft beers – stouts to lagers to IPAs.

"Sampling is encouraged here," says owner Nick Marking. "It’s difficult to make a decision with so many options."

There are also 120-some bottles of beer available – including Goose Island Bourbon County Brand with a 13.8 percent ABV – as well as a large selection of ciders, wine and craft cocktails.

Currently, beer is available by the pint or to go in a 32-ounce growler. Marking says a 64-ounce growler will also soon be available.

All of the Brass Tap's employees are required to attend a "beer school" before starting the job so they are well versed on the available brews.

The bar and restaurant, which opened in a Greenfield strip mall last week, is the first Brass Tap franchise to open in Wisconsin. Marking, who owns a distribution company as well, says he was looking around for the right franchise business for about seven years.

"I always wanted to do something like this," he says. "I knew a franchise was the best fit for me because I had already started one business fresh from the ground and this time around I wanted to own something that was already established."

In 2010, when The Brass Tap started franchising, Marking’s interest was piqued, but he decided against it at the time because it was a beer-only business.

"I didn’t think it would be sustainable. But when the food and liquor components were added the opportunity became a no-brainer for me," he says. 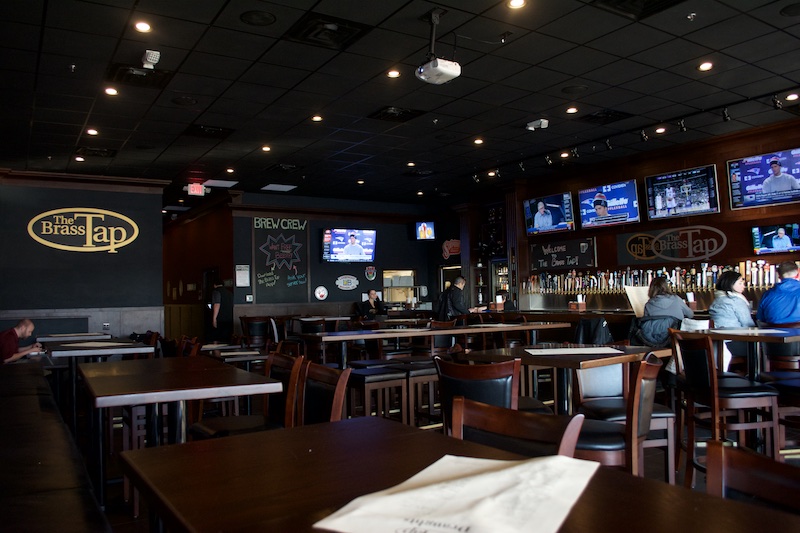 The food menus vary among the Brass Tap franchises. Some have appetizers only, others have a limited pizza and panini menu, but Marking opted for the full menu.

"I decided that if I was going to spend all of this time and money, I might as well go all the way to make it a full success," says Marking, who grew up in Fond du lac and attended the University of Wisconsin-Madison.

The food menu features a few classic and unique bar fare items, including a bacon sampler  appetizer and entrees such as prime rib tacos, a mac-and-cheese hamburger and a selection of pretzel-crust pizzas. Salads and paninis are also available.

Marking, who lives in Franklin, says he picked the Greenfield location because the area was underserved by this type of business.

"Hooter’s was here for 17 years, but it’s gone now and there’s not a lot of other places where people can go to have a beer, a sandwich or pizza, watch a game or listen to live music," he says.

Shop these beer worthy products for your home.

The Brass Tap will host live music every Wednesday and Saturday nights. The stage is small, so Marking says he will primarily host two-piece acoustic acts. Joe Hite plays every Wednesday – which is also ladies night – and the talent rotates on Saturdays.

The Brass tap will also feature trivia every Tuesday night and discounts on Thursdays for all members of the Brew Crew beer club as well as teachers. Monthly "tap takeovers" will start with New Glarus on Friday, Jan. 30.

The Brass Tap took over the space that was formerly 2nd Wind Exercise Equipment. The remodel was so extreme it set the project back by 35 days, but Marking says it was worth the delay.

"I’m really happy with how it turned out," he says.

The space is larger than it appears to be from the outside with high ceilings and large windows. There are 11 televisions and one 100-inch projector screen.

"It would have been a nice start to our business if the Packers made the Super Bowl," says Marking.

In spring, Marking plans to add a patio enclosed by an aluminum fence in front of the business.

"There really aren’t any places around here to enjoy a beer outdoors," he says. "We’re going to make it really attractive and enjoyable." 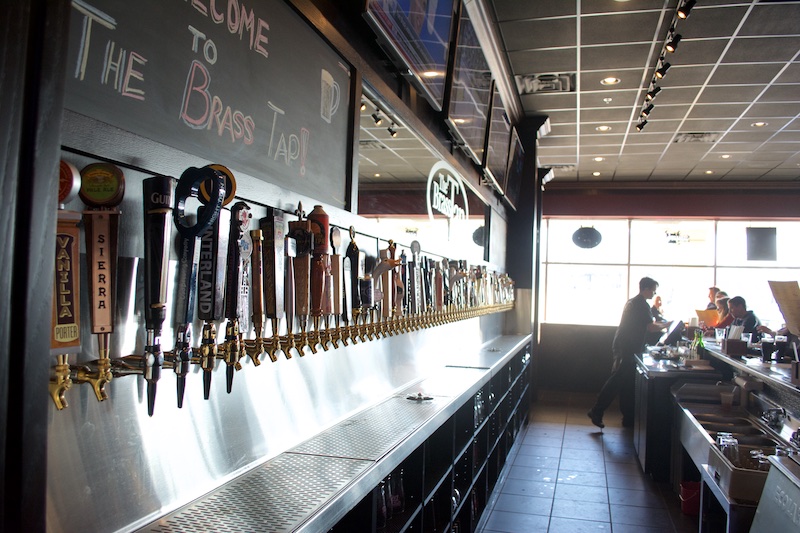