The indulgent biscuit pop-up from Hospitality Democracy has been extended.

Brew City Biscuits, the Southern-inspired pop-up concept which launched in August at Smoke Shack, 332 N. Milwaukee St., is extending its menu offerings through the end of September (including service on Monday, Sept. 7).

"We are absolutely blown away by the response to our Brew City Biscuits pop-up brunch at Smoke Shack and four weekends just isn’t enough," noted Maddie Seymour, director of marketing and sales. "We’ve had a line out the door every weekend before opening and the feedback on the biscuit sandwiches has been really positive. Our biggest challenge, and we’re grateful to have it, is keeping up with the demand for fresh biscuits!"

The Brew City Biscuits concept, which builds its foundations on buttery scratch-made biscuit sandwiches, also offers a nod to popular menu items at venues across the Hospitality Democracy portfolio. 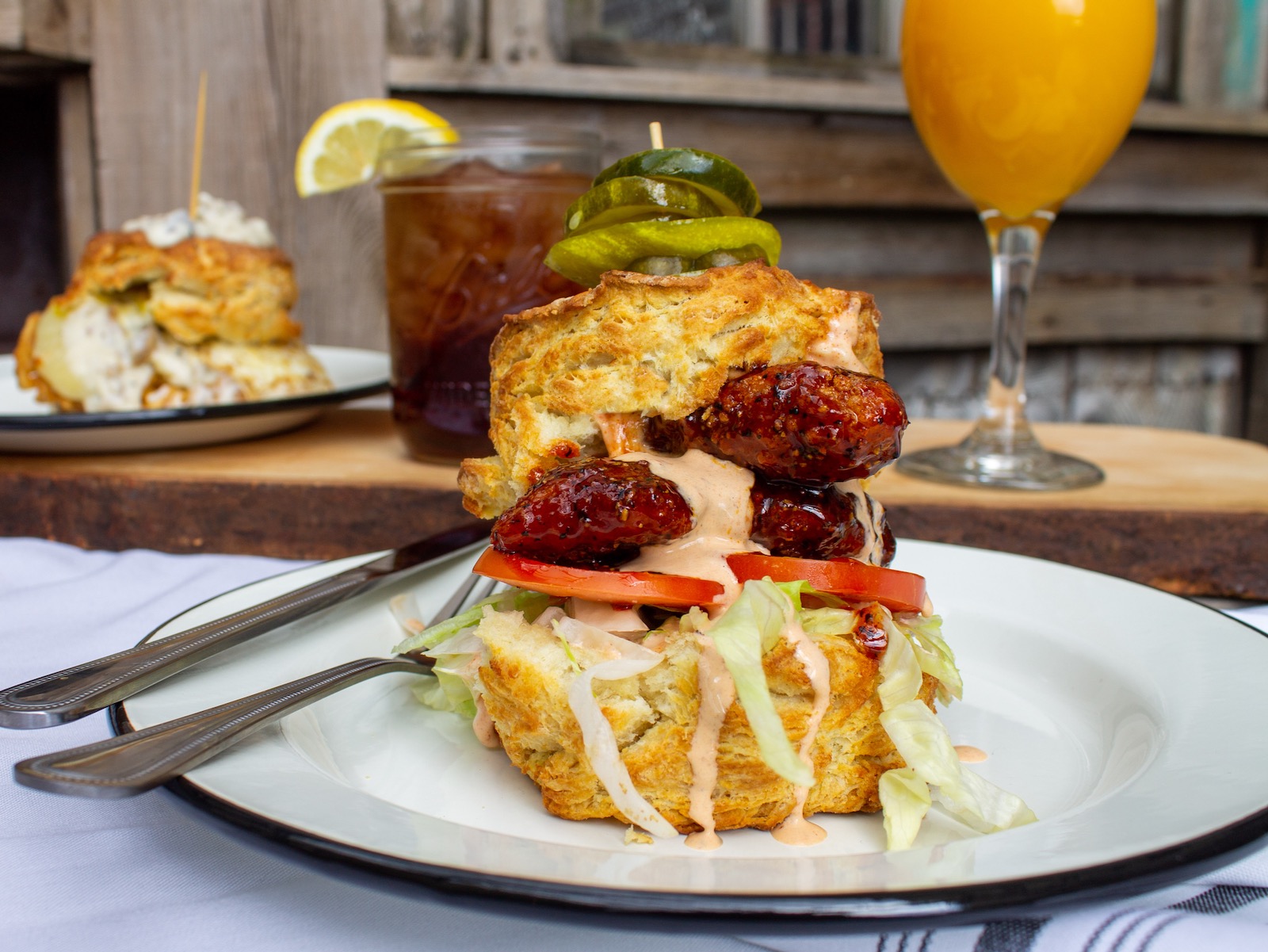 And yes, there will be brunch cocktails, including mimosas, bloody marys, sangria and cabin coffee to wet your weekend morning whistle.

"This is a menu I’ve been crafting for quite awhile and I’m really excited to introduce it at Smoke Shack for a limited time," says Alex Sazama, Executive Chef for Hospitality Democracy. "It’s a difficult time for restaurants, and the service industry in general, and this is an opportunity for us to experiment with some new menus and give our guests a fun, new experience here in Milwaukee."

For more, check out our recent Quarantine Kitchen with Chef Sazama where he makes Onesto's mushroom ragu with ricotta gnocchi.