While the start date of the 2020 Brewers season remains in questions, it's nonetheless the Crew's 50th anniversary season, and Triumph Books understandably tapped veteran beat reporter Adam McCalvy to write "The Milwaukee Brewers at 50."

Adam McCalvy has covered the Brewers for mlb.com for a long time. In fact, at going on 20 seasons, he can currently claim the longest continuous tenure on the beat – although he never would, because that would earn him some serious ribbing in the press box.

So, while the start date of the 2020 Brewers season remains in question, it’s nonetheless the Crew’s 50th anniversary season, and Triumph Books understandably tapped McCalvy to write "The Milwaukee Brewers at 50."

It’s a thick, photo-heavy book, full of iconic Brewers moments, captured from the men and women who made it happen. The 256-book is scheduled to drop on May 19, and will be available online, at Miller Park and in local bookstores.

We caught up with McCalvy to discuss the process, the impetus and the joy in recording the stories of this franchise.

OnMilwaukee: With your long tenure covering the Brewers, it seems like you were a natural fit to write this book, right?

Adam McCalvy: The franchise is 50 years old, which seems like a really long time, and this is my 20th year, so I've covered 40% of the team's history. It’s kind of crazy to think about, because I feel like I had so little idea what I was doing in the early years on the job, and they are sort of blended together.

Were you commissioned to write this book, or what it your idea?

I never had the book bug. I felt perfectly content covering the club for mlb.com, and it just wasn't on my radar. But Triumph Books did approach me in spring of 2018 about doing an entry in this series that they're doing called "The Big 50." The timetable was just really tight because it would've had to be done by October, and it would have been just basically writing 50 essays without being able to do more original reporting. 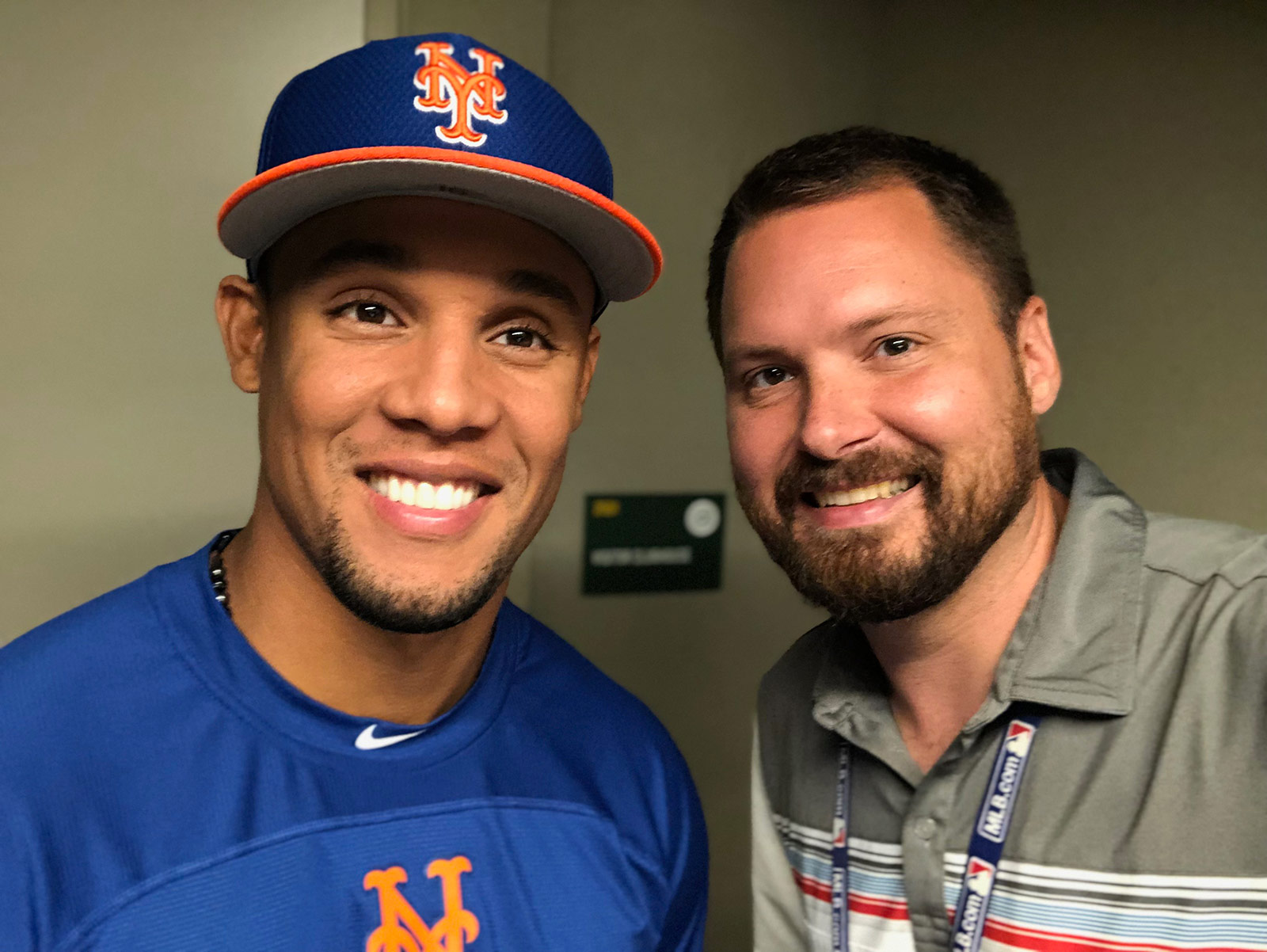 So I pitched back to them, and asked if we put it off one year and tie it to the Brewers’ 50th anniversary. That led to a conversation about pivoting from doing a paperback book, and doing instead of a big coffee table, a lux book with rich photos. Really build it around the photos. So then that involved bringing the Brewers into the picture. So we had total access to their entire photo archive to put together this book.

The cool thing about that was my first job in baseball was an intern for the Brewers in 1999, and I remember them telling me, "Hey, here's this big box of photos, can you organize this?" So here we are, 20 years later, and I'm going through that same file and trying to find photos. So it was kind of cool. It felt like something that I started a really long time ago and I could have had absolutely no idea what was going to come.

So, is this an official Brewers project?

Yeah. It's the official book of their 50th anniversary. It'll be up for sale at the ballpark. They were advertising it at Spring Training. People were so tired of seeing the picture of this book on the scoreboard. I apologize.

As a writer, does it feel foreign to create something that is more about photos than words?

It's definitely photo heavy. Triumph did the Packers’ 100th anniversary book. If you'd seen it and held it, this book is the same shape, size, weight, paper stock and finish as that book. It’s a big, heavy book. This one has more of my writing, but the idea was to let the photos tell a lot of the story, too. It was a total learning experience for me. I've never written a book. If I did it again, I might write even less. 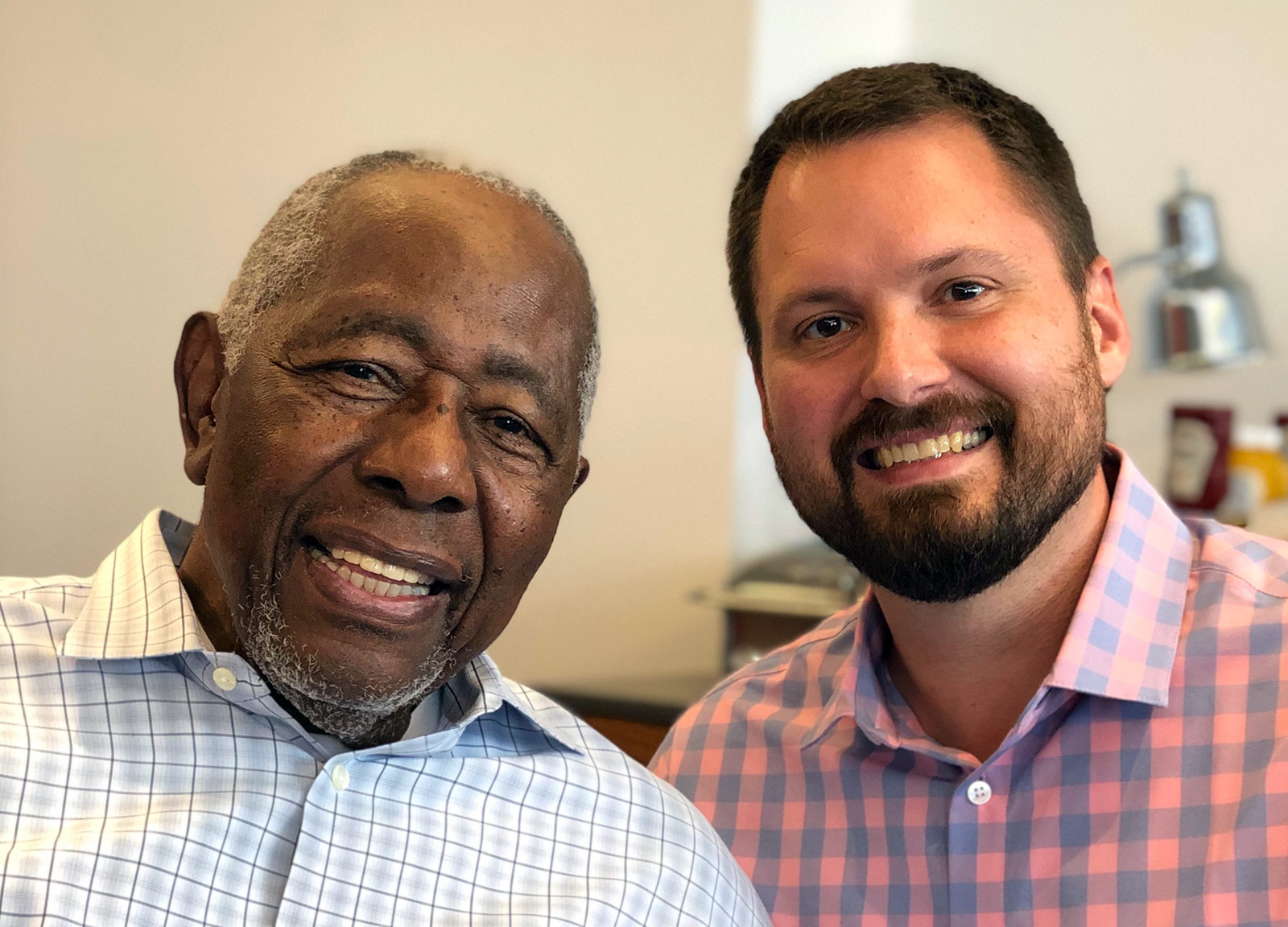 What’s the structure of the book?

We broke it down by decade and then sort of within the decade, so sometimes there's two sections. For the 1970s, for example, there was a section about pre-1978, the story of Bud getting the team to Milwaukee, the early year struggles, the beginning of something with Robin. And then there's a second chapter within the 1970s section about the 1978 breakthrough. The ‘80s is broken into Harvey’s Wallbangers, and then there's a second section of built around "team streak." The ‘90s is just one chapter.

That’s probably all it deserves to be.

You'll definitely get the history of the team, but it's not a big gray brick. It was trying to find a balance between how much to write and how much to let the photos explain.

Was that difficult to kind of convert your reporting skills into being an archivist or a historian like this?

Yeah, and part of that is the difference of my job for mlb.com, because in that role things are so immediate and fleeting. Unfortunately, just because of the way our technology has worked over the years, my stuff from 2011 and 2008 is difficult or impossible to find, or it’s just gone.

Yeah. So this is something that is so permanent. It felt very different. I didn't want to just recite the facts of the franchise. I tried as hard as I could to tell some stories about the men and women who made the history of this team. I really hope that people read them. I really hope people turn the pages and learn something they didn't know, because I definitely learned things I didn't know while reporting them. 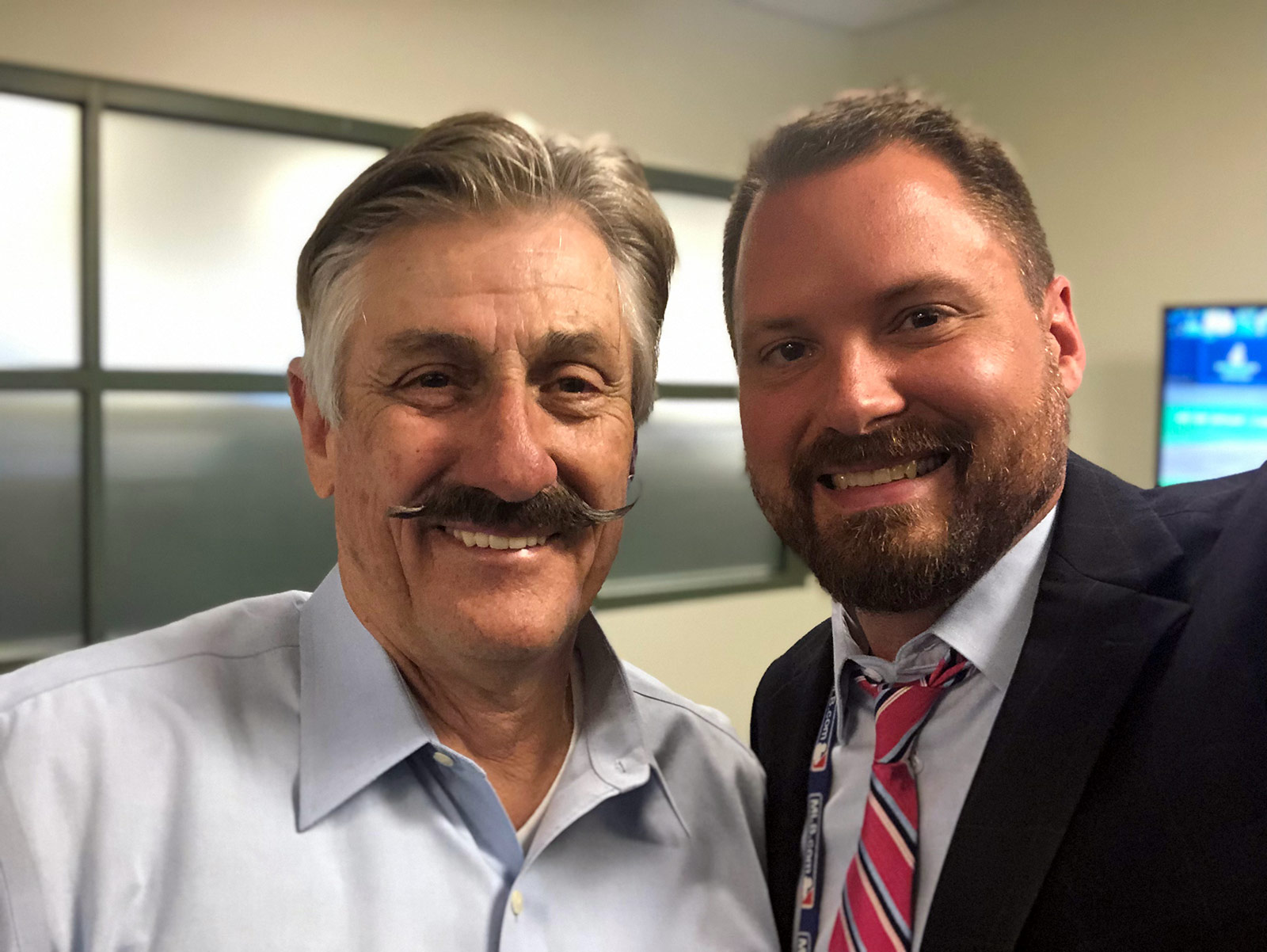 What did you learn?

One of my favorites that I use as an example is that Robin Yount showed up for his first spring training with no baseball equipment. He's pretty low key. I asked him, "What did you do? Did you used borrowed equipment? Where’d you get your gloves from?" And he said, "That is a good question that I don't know the answer to."

You know all these guys. Did that help in getting them to open up to you and to tell these stories?

Well, I hope so. The personal relationships really helped. Robin, for example, came in for almost three hours one day during early spring training. Henry Aaron was kind enough to meet in Atlanta. He was at the ballpark and we sat and he told a story of coming back to Milwaukee. I sat with Jeff Cirillo in the stands during a game. Corey Hart and JJ Hardy came in. I went over to Geoff Jenkins’ house in Scottsdale, and we sat in the backyard at the pool for a couple of hours. The hard part was how you squeeze this all into a book. A lot was left on the cutting room floor.

Are there more books in your future?

I would say that the door has been opened now, and Triumph is awesome and I love their books. And you know, maybe there's a Big 50 out there to be written.

How long did you spend working on this?

My first interview was with Bud Selig in his office the week after game seven of the 2018 NLCS, and then we wrapped the book around Christmas of 2019.

I know you’re an impartial baseball writer, but you’re also from Milwaukee and grew up as a Brewers fan. Did any part of this process leave you a little starstruck?

Look, in covering the team, you get neutered on your fandom, right? I go back to the Pepsi fan club as an 8-year-old from New Berlin, playing baseball in the street. You lose that because you want to do the job the right way. And I really have worked hard to do that, but for a project like this, I think some of my history with the team will come through. The most hardened reporter became a sports writer because they love the sport. I think it's important to not let the fan in you completely die. I love baseball and the fact that I grew up loving this team and the history of it, I hope that shines through in some of the writing. 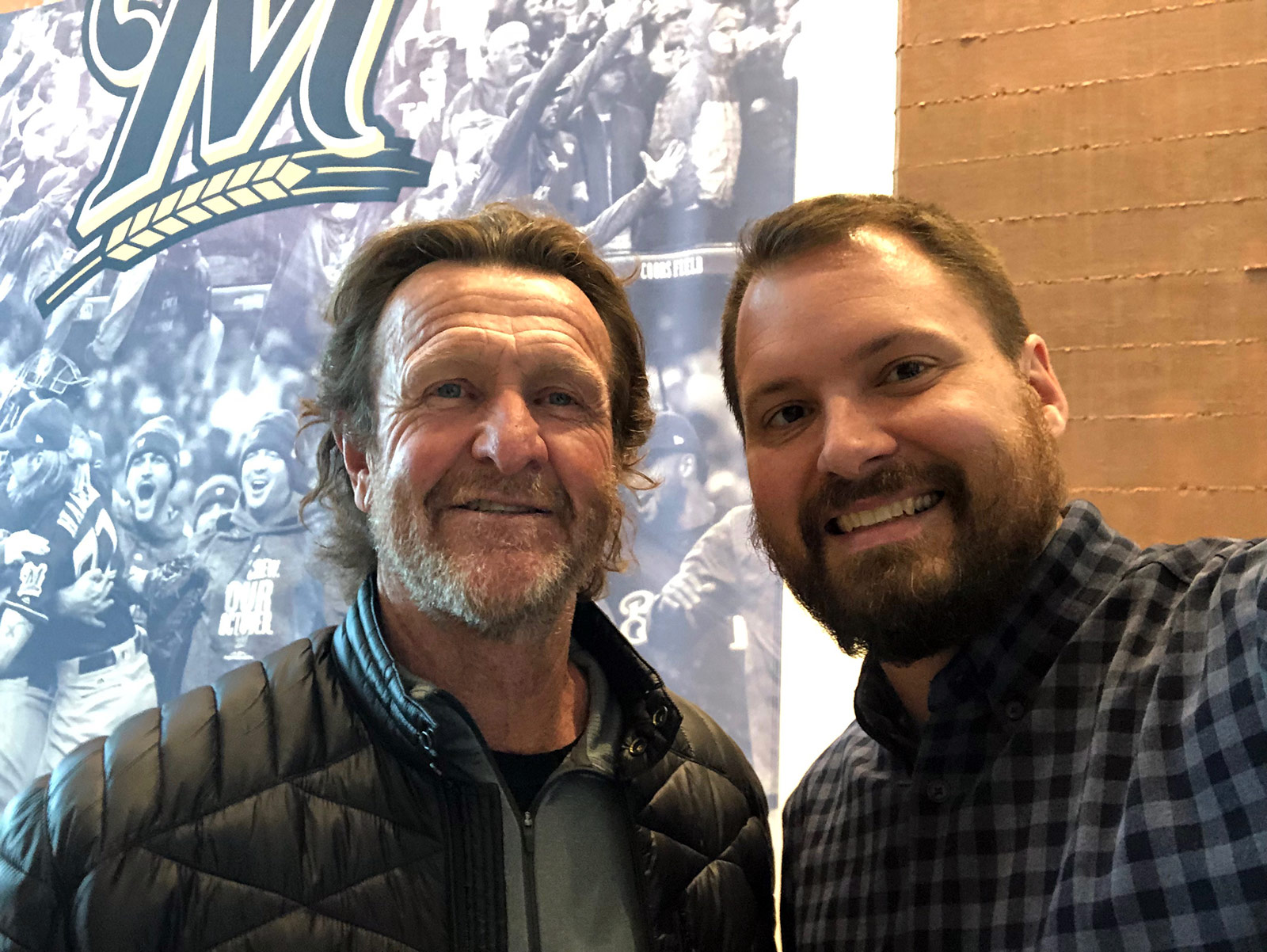