The making of a Brewers viral video

Each spring, the Brewers produce a viral movie parody video to get fans ready for the season. In 2020, that video almost died on the vine. But because there will be baseball this summer the Brewers were able to release their homage to "Back To The Future,â shot way back at the beginning of the spring training in Phoenix. Here's how it came together.

Each spring, the Brewers produce a viral movie parody video to get fans ready for the season.

But because there will be baseball this summer – even if it’s unlike any other season – the Brewers were able to release their homage to "Back To The Future" this month, although it was shot way back at the beginning of the spring training in Phoenix.

"There has been a real need for fans to feel some sense of unity and connection, and I do think we have an important role," says Sharon McNally, Brewers vice president of marketing. "We have worked hard to put a lot of content in the void. Everything from re-airing of classic games, to other messages that we tried to put in the world from our players, who have been just phenomenal."

But, McNally admits that she was concerned that this year’s video would never see the light of day. Between the communications team, the Brewers’ legal team, baseball ops, coaching staff and players – McNally says so many pieces need to come together to make a video like this each January and February.

"We just had to sit on it for several months," she says.

The creative team chose "Back to the Future" as this year’s homage, because the film is celebrating its 35th anniversary, and the Brewers are kicking off their 50th season. Previously, the Crew has produced videos playing off of "Mean Girls," "The Sandlot," "Dumb and Dumber" and "Wayne’s World."

"I think you could call it a Brewers tradition at this point," says McNally. "Our social and creative team have found success with movies that are something of a pop culture icon that have staying power, and that helps us in knowing that a movie has broader appeal."

Obviously, getting players and coaches on board to participate is the most important part of a successful video. Pitcher Brent Suter and second baseman Keston Hiura starred in this year’s video as Doc Brown and Marty McFly, respectively.

"We do have a team culture that's playful and has a good sense of humor, and I don't think takes themselves too seriously."

But was it difficult to get the players to participate?

For Suter, one of the team’s class clowns, McNally says it was easy. Hiura participated in the team’s new uniform reveal last winter along with Suter. She was pleased how eager the 23-year-old player was to be involved.

Says McNally, " They came out together and did a little dance, and that created a connection point for the two of them. And so, when Keston heard that we were asking Suter, he was like, ‘Well, I have to do this.’"

"I had a blast being an actor for a few days," says Hiura, who is entering his second season with the big-league club. "‘Back to the Future’ has always been one of my favorite movies, so it was a lot of fun reenact a classic."

And Suter, who has done this before, says he was impressed by his young teammate.

"I don’t think he messed up one take. The Brewers media and social media departments continue to come up with great ideas, and they’re totally on the ball when we’re in production." 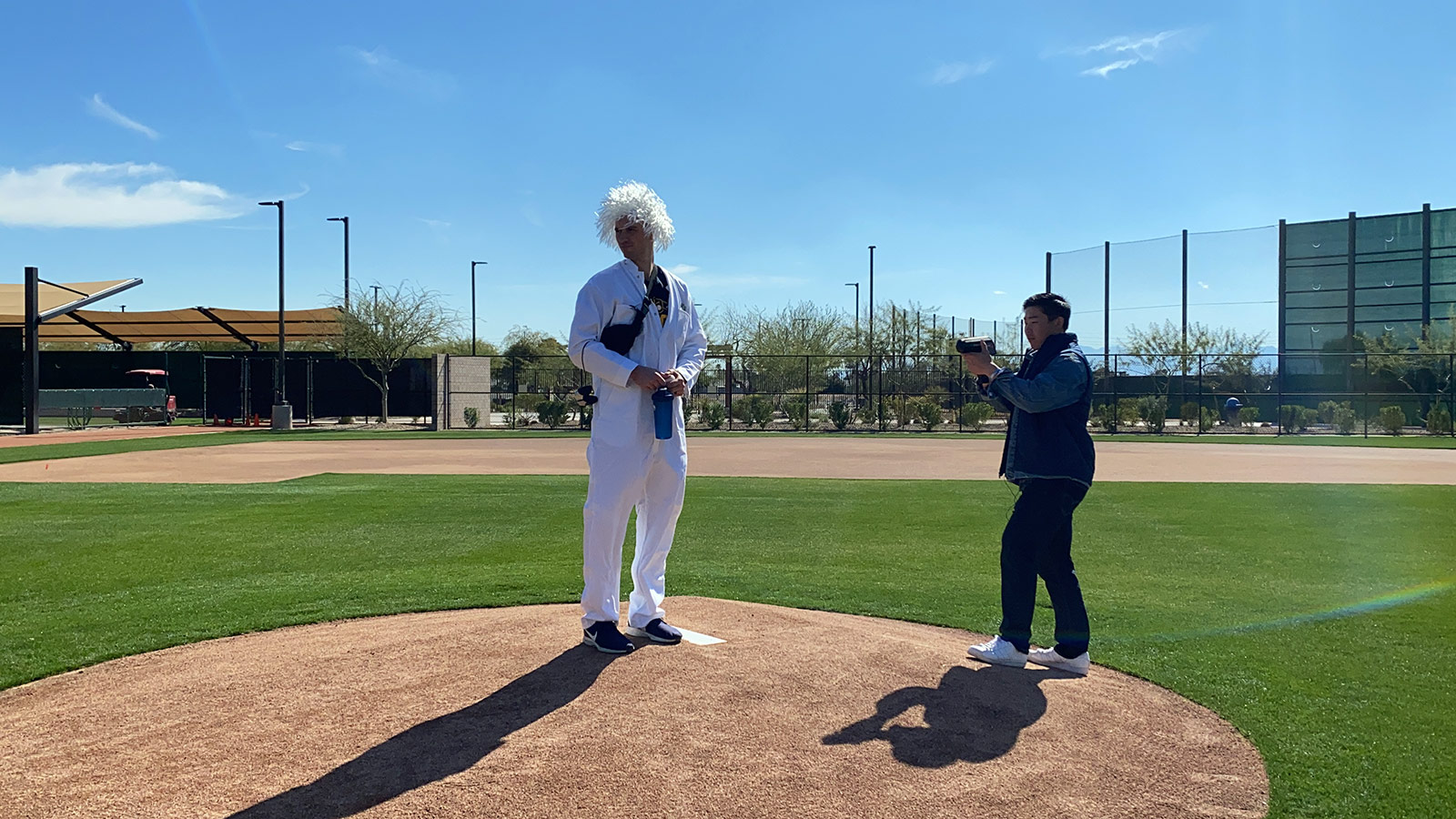 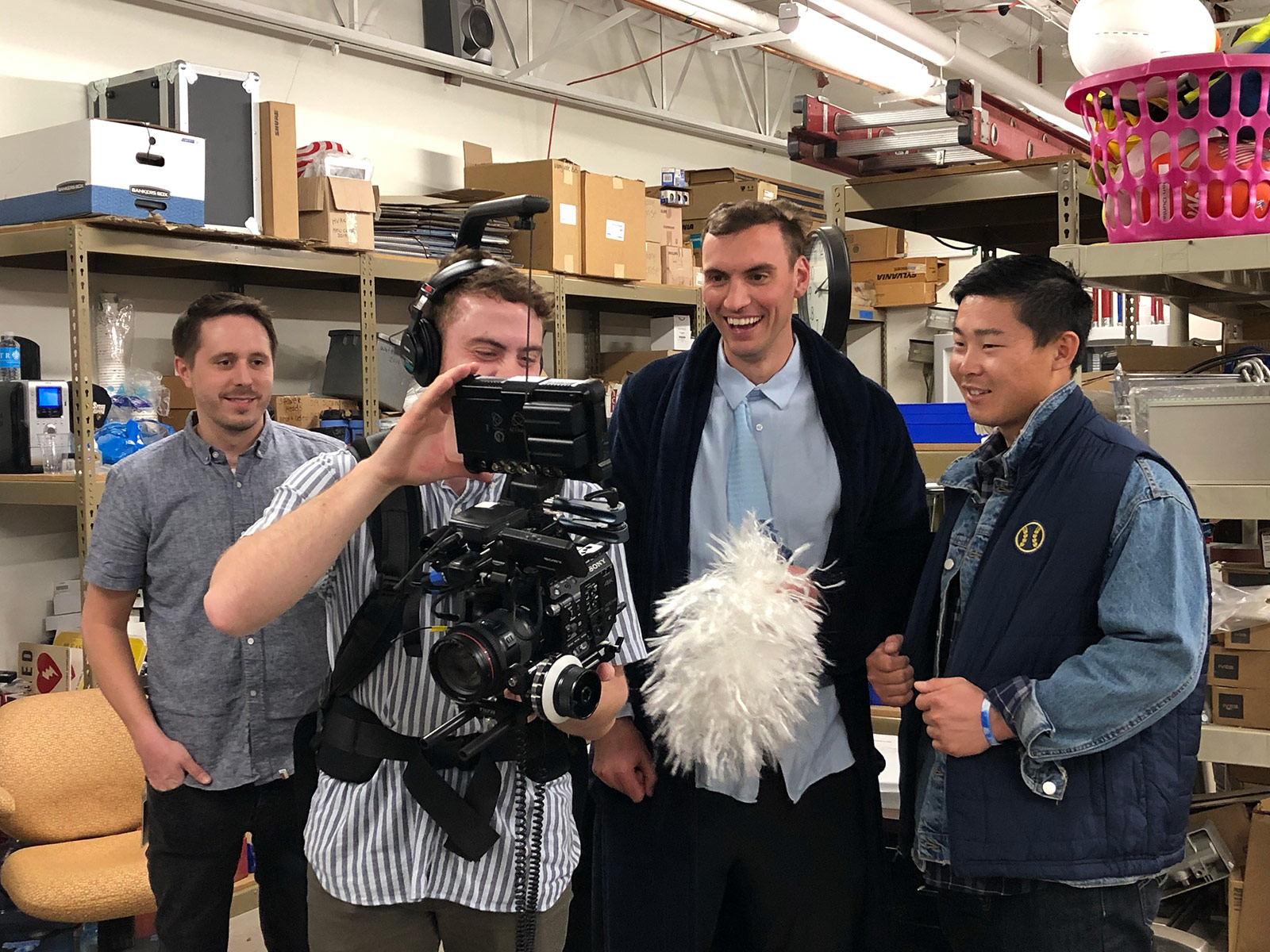 McNally says these videos typically take about two months to produce, although the concept work begins shortly after the season ends in the fall. The idea is usually hatched by Caitlin Moyer, director of new media, and Aaron Oberley, new media coordinator.

From there, it’s script revisions, shot lists, props – and a thorough review from the legal team and baseball ops. McNally says that since these videos are homages, they don’t require clearance from the film’s owners.

Once the video is complete, the Brewers distribute them through all their social media channels, and let the team’s engaged fans amplify the message. McNally says that while the Brewers haven’t received any feedback from the "Back To The Future" cast, she would love it if they did.

But what’s most important to her is the fan reaction, and this year, they’re starving for baseball.

Says McNally, "We have a fan base that is unbelievably supportive of this team and shows up year after year, in good times and bad. I also think that this team really understands where we come from and what our role is and who we're here for and why we are here."

She gets a little choked up while talking about it, because after all, Covid-19 has been difficult not just for fans, but for the Brewers’ front office, too.

"It's definitely a year unlike any other," says McNally. "We normally have a steady cadence of work and programs and things that we are doing at this time of year and all of that is out the window. We are finding the need to work very nimbly and to be flexible and adaptable. We aren't going to be unscathed; we've already seen too many losses, but I think we're doing as well as anybody else."

The Brewers begin a 60-game abbreviated season on July 24 against the Cubs. 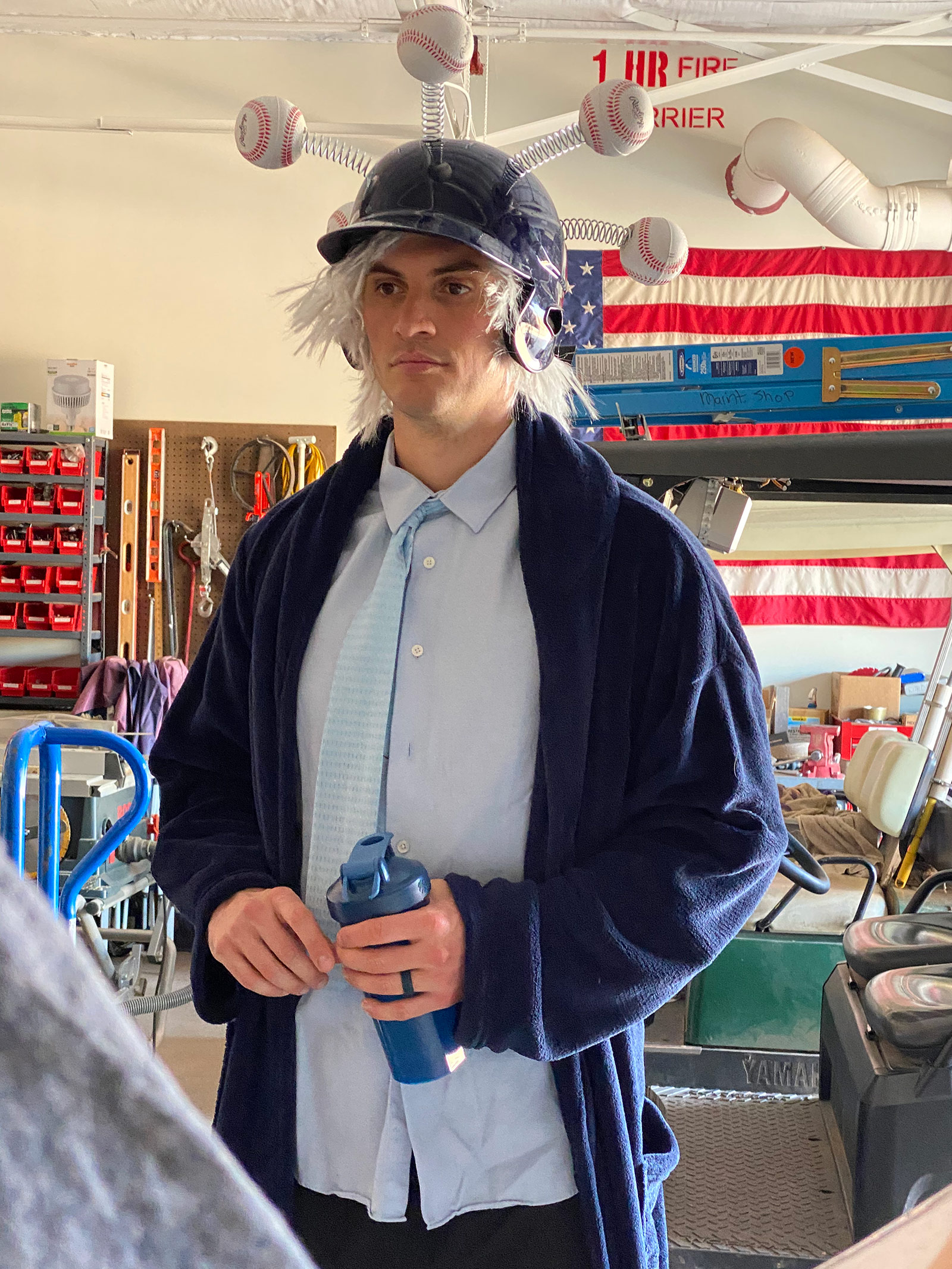