The Brewers rang in the franchise's 50th anniversary with a launch party at Miller Park on Monday night, and while the team brought out some iconic figures from the team's past, it was a another blast from the past that was the star of the show, as the Brewers introduced several new logos and uniforms.

The Brewers rang in the franchise's 50th anniversary with a launch party at Miller Park on Monday night, and while the team brought out some iconic figures from the team's past – Bud Selig, Bob Uecker, Cecil Cooper and Rollie Fingers – it was a another blast from the past that was the star of the show, as the Brewers introduced several new logos and uniforms. 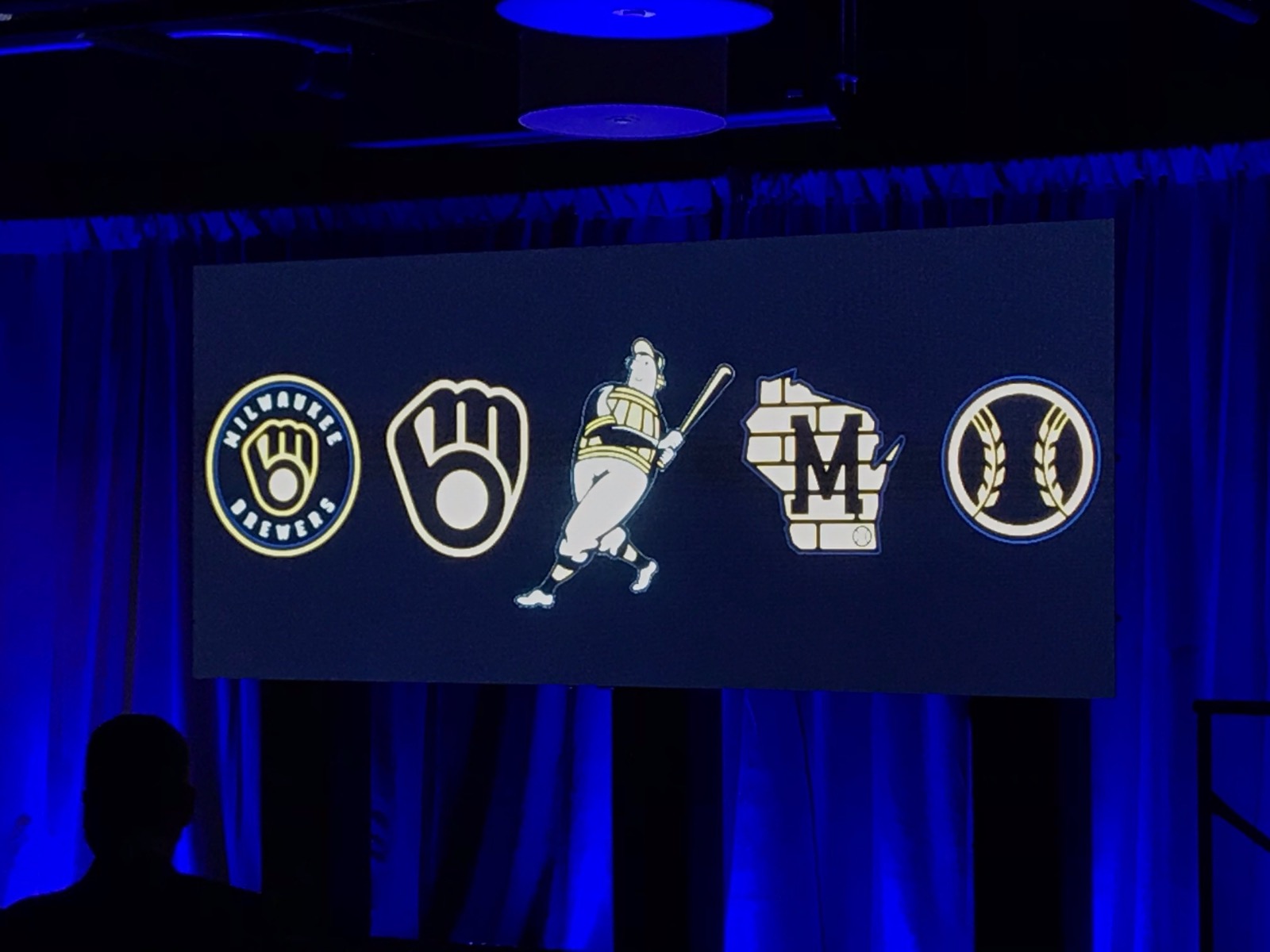 Heritage. Hustle. Heart. Wisconsin, this is for you. #glovestory

Brewers owner Mark Attanasio said that the team was looking at redesigning the team's logo as early as 2015 during the team's rebuild, but noted that the 50th anniversary season in 2020 was set as a target date for the new look in the hopes the Brewers would be back to competitive form at that time.

"I didn't want to introduce a new logo that would simply divert attention from a bad team," Attanasio said. "I wanted to pair an exciting new logo with an exciting team."

As leaked and reported late last month, the Brewers primary logo will be a slightly altered version of the team's famed ball-and-glove logo, with the M and B connected between the thumb and fingers as well as the ball's lacing simplified. During the new featured logo's introduction, Attanasio gave a shoutout to the original logo's creator, Tom Meindel, and noted that his wife, Elaine, was in attendance Monday night for the reintroduction of her late husband's famed creation. 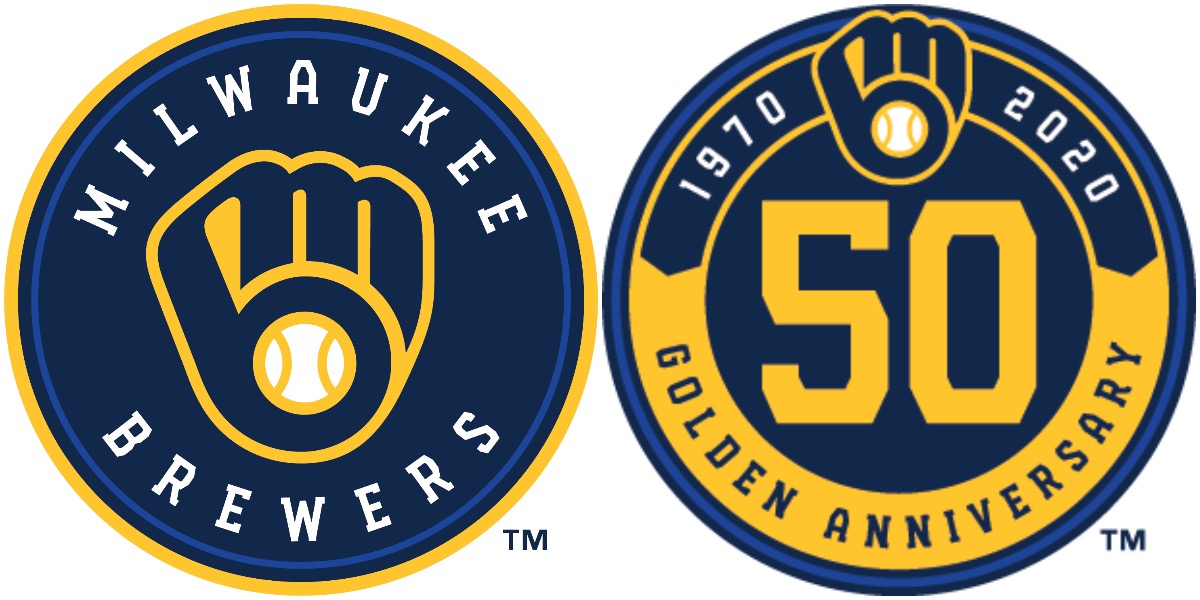 "This is what the fans came up with," said manager Craig Counsell. "That's why this is the greatest logo: The fans brought this to us, and the fans wanted it. Now we've created an updated, timeless version of what Brewers baseball is going to be in the future."

Newly reintroduced Monday night, however, was the Barrelman mascot logo, also slightly modified to, according to Attanasio, "give him a little edge," along with two new logos: the retro plain M over an outline of the state of Wisconsin with a small ball over Milwaukee and a ball logo with the seams made of barley grain. 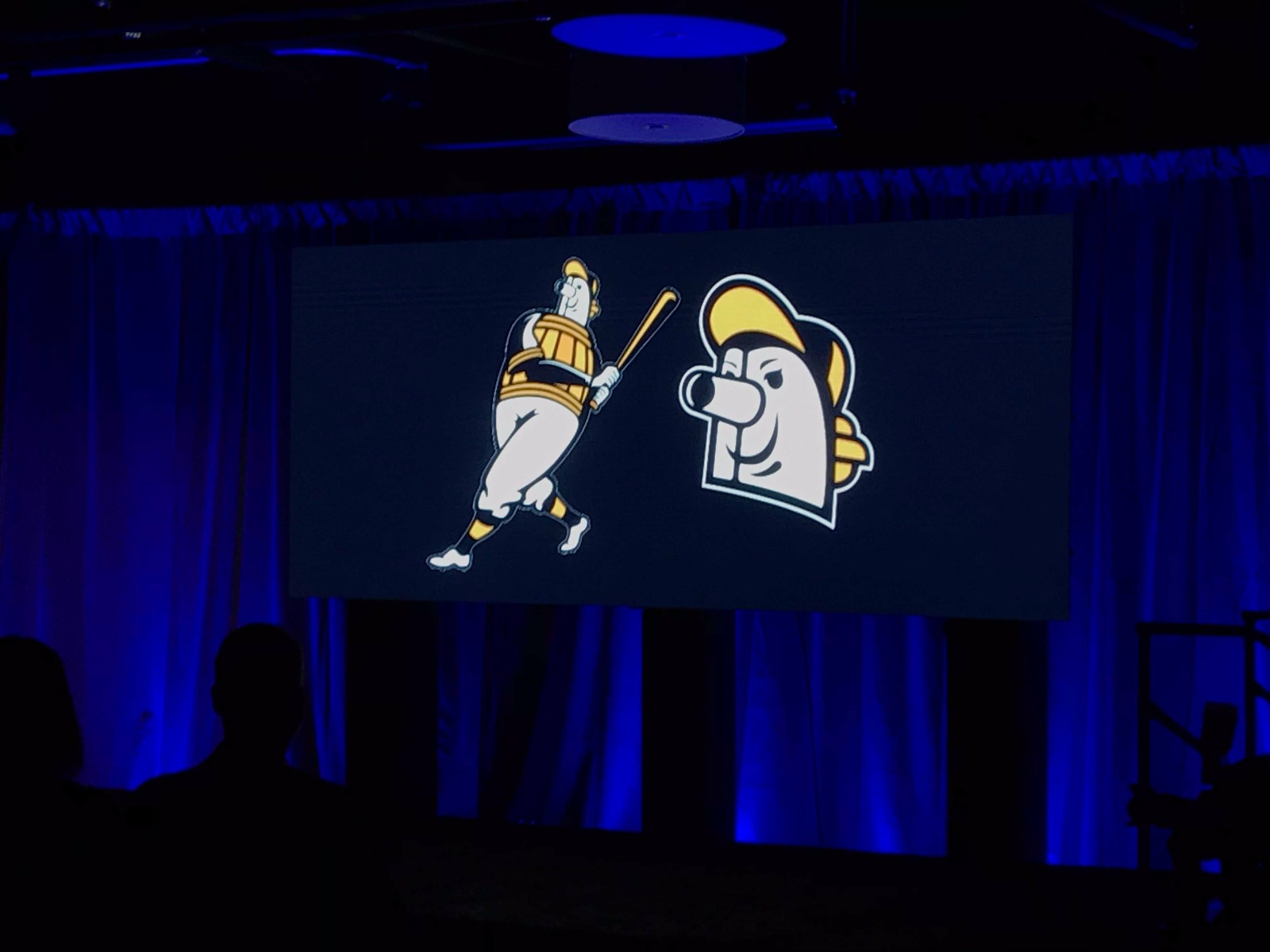 With the help of Ryan Braun, Brandon Woodruff, Brent Suter and Keston Hiura, the Brewers also introduced four new uniforms: two home uniforms, both reminiscent of the Brewers' throwback jerseys from the past seasons, save for modernized font as well as one with the pinstripes and one – the primary home uniform – in a cream color to represent the Cream City. 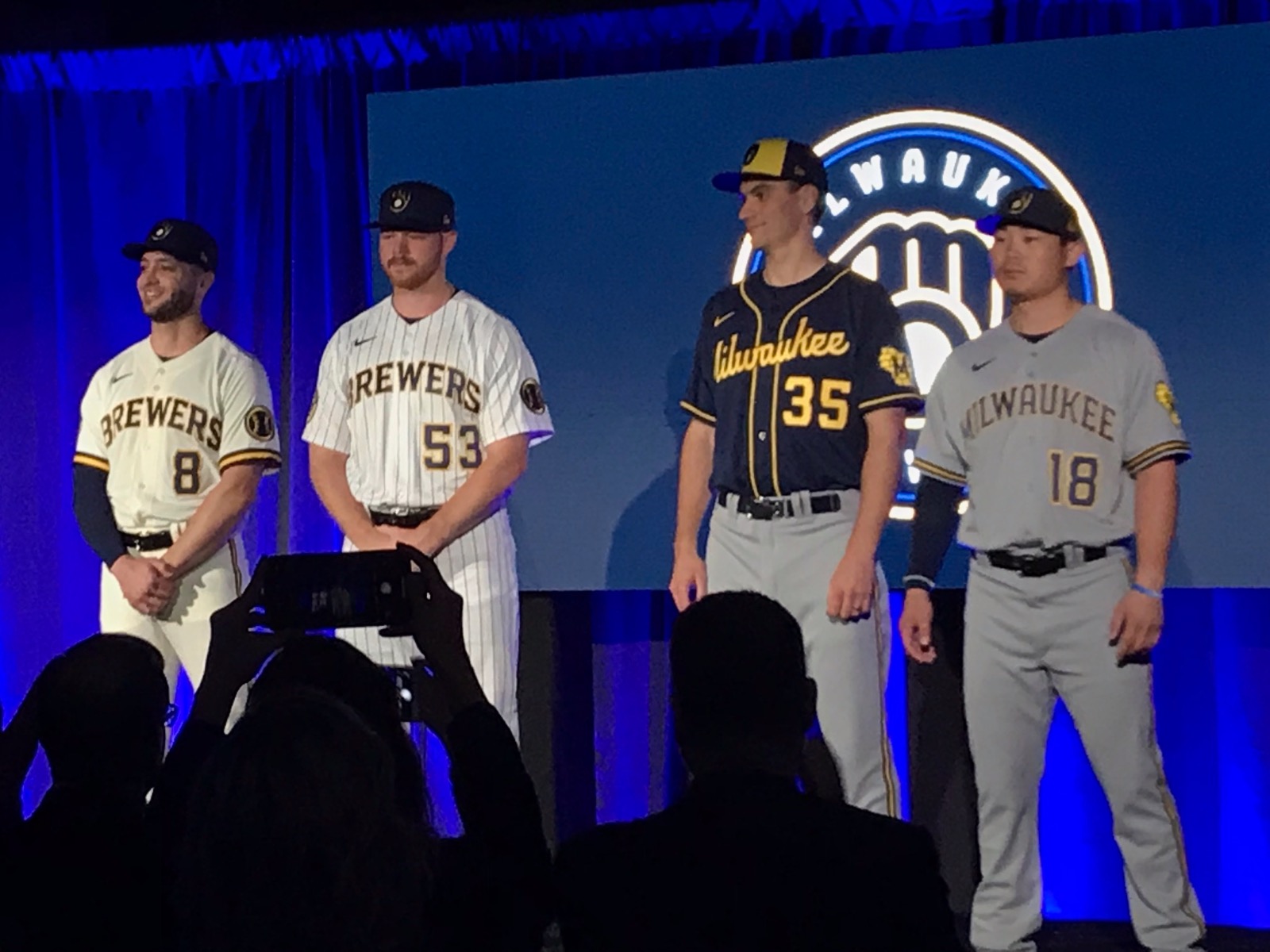 The boldest new looks of the night, though, came with the road uniforms: one a modernized version of the Brewers '80s grays with royal blue ball-and-mitt cap, as well as a navy look with yellow modern cursive font and the yellow-paneled ball-and-glove hat. 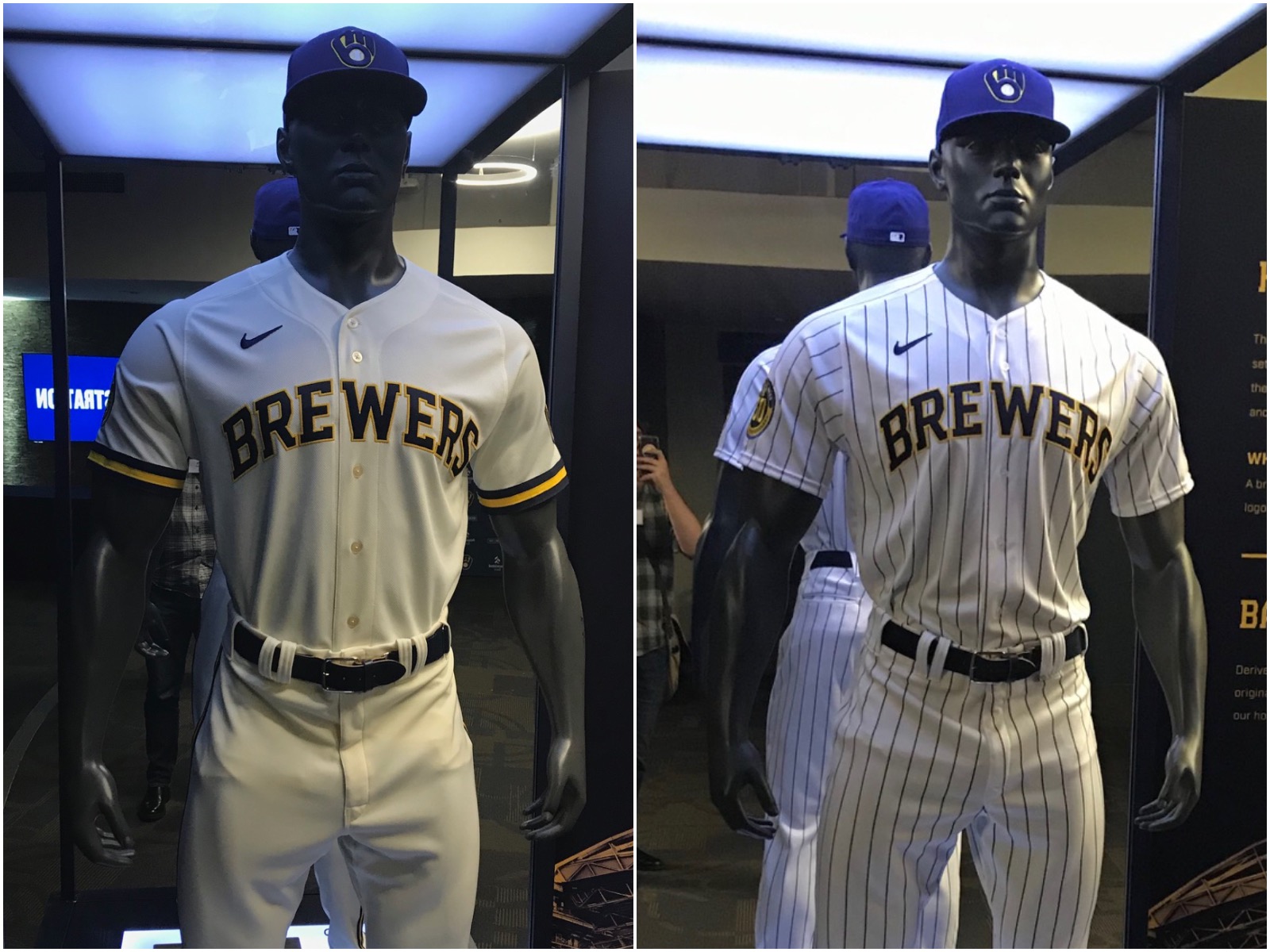 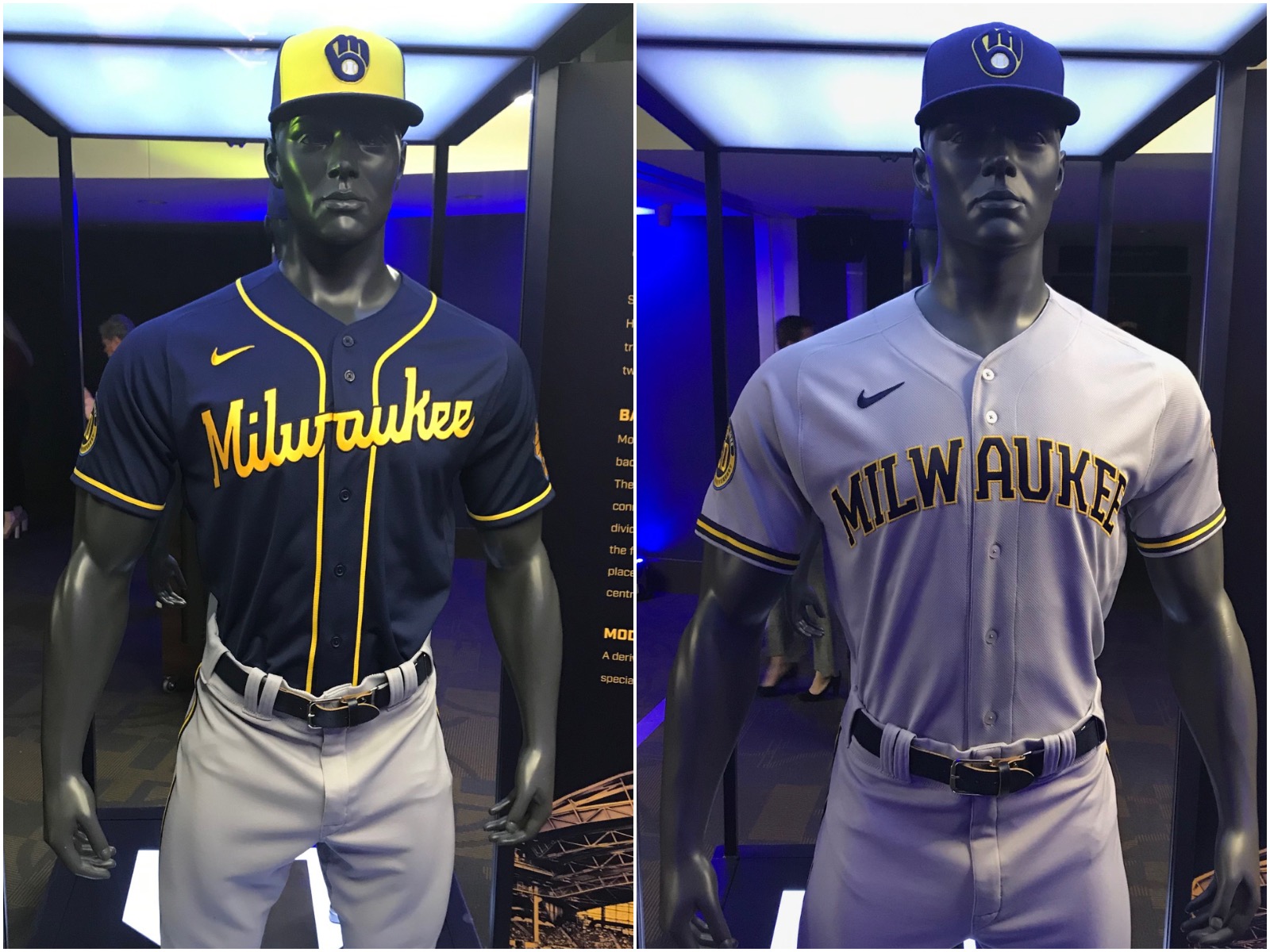 Unsurprisingly, the Brewers also opened their reconfigured team stores inside Miller Park on Monday night, with lines of fans streaming in to snag the new gear. 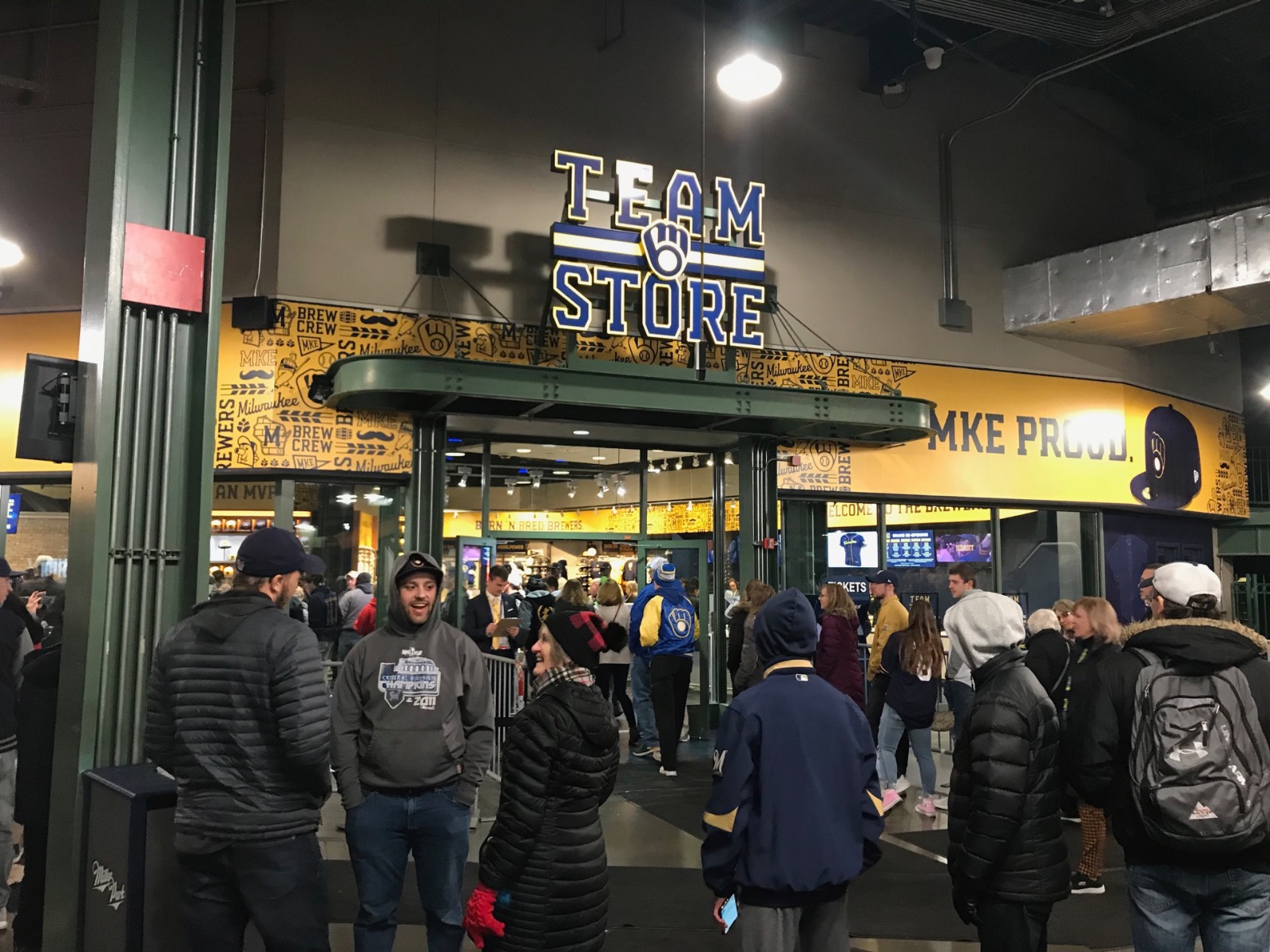 For a closer look at the team's new merchandise, check out the online team store. We have a feeling we know what a lot of local sports fans are getting for Christmas this year ... 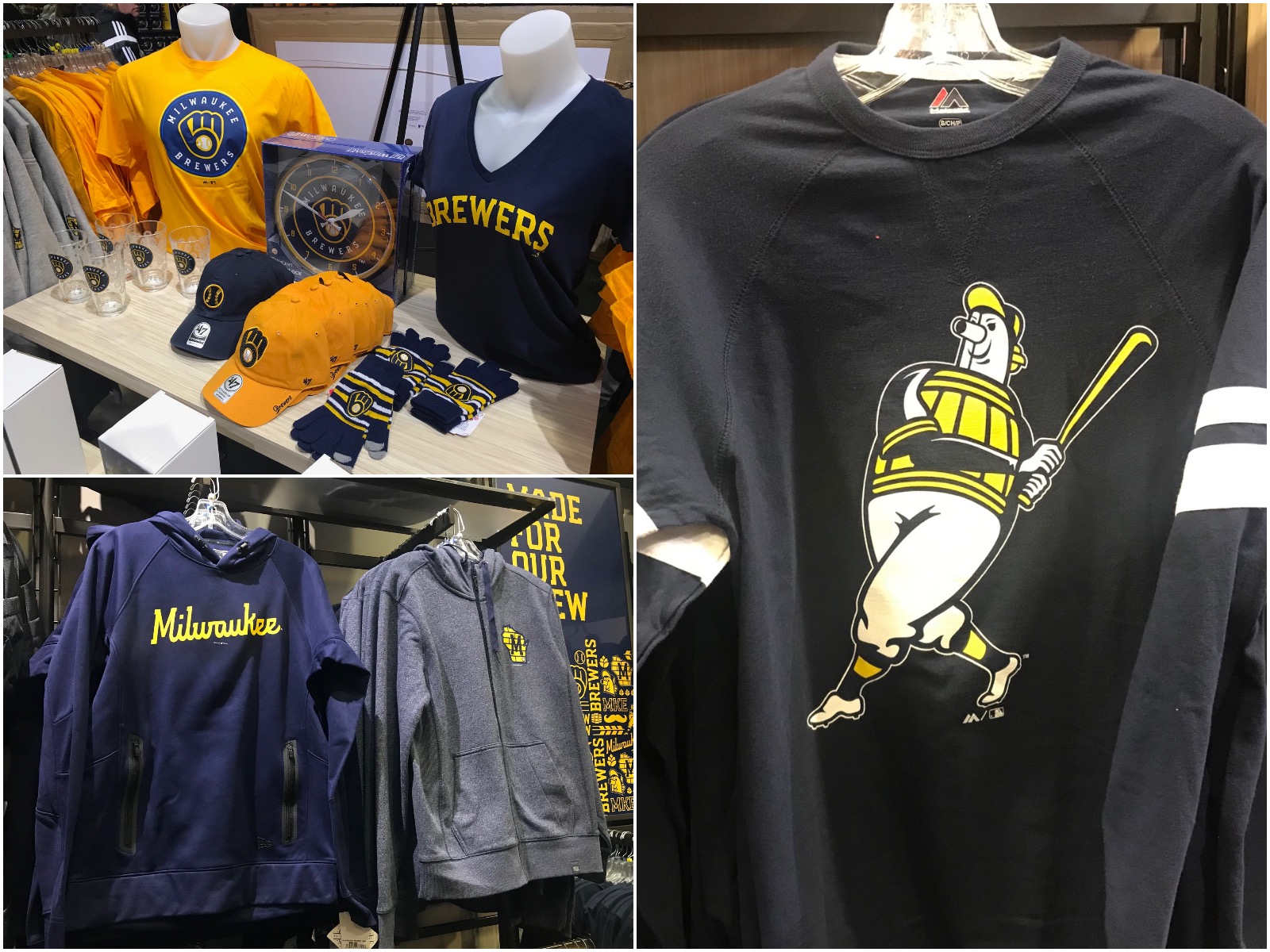 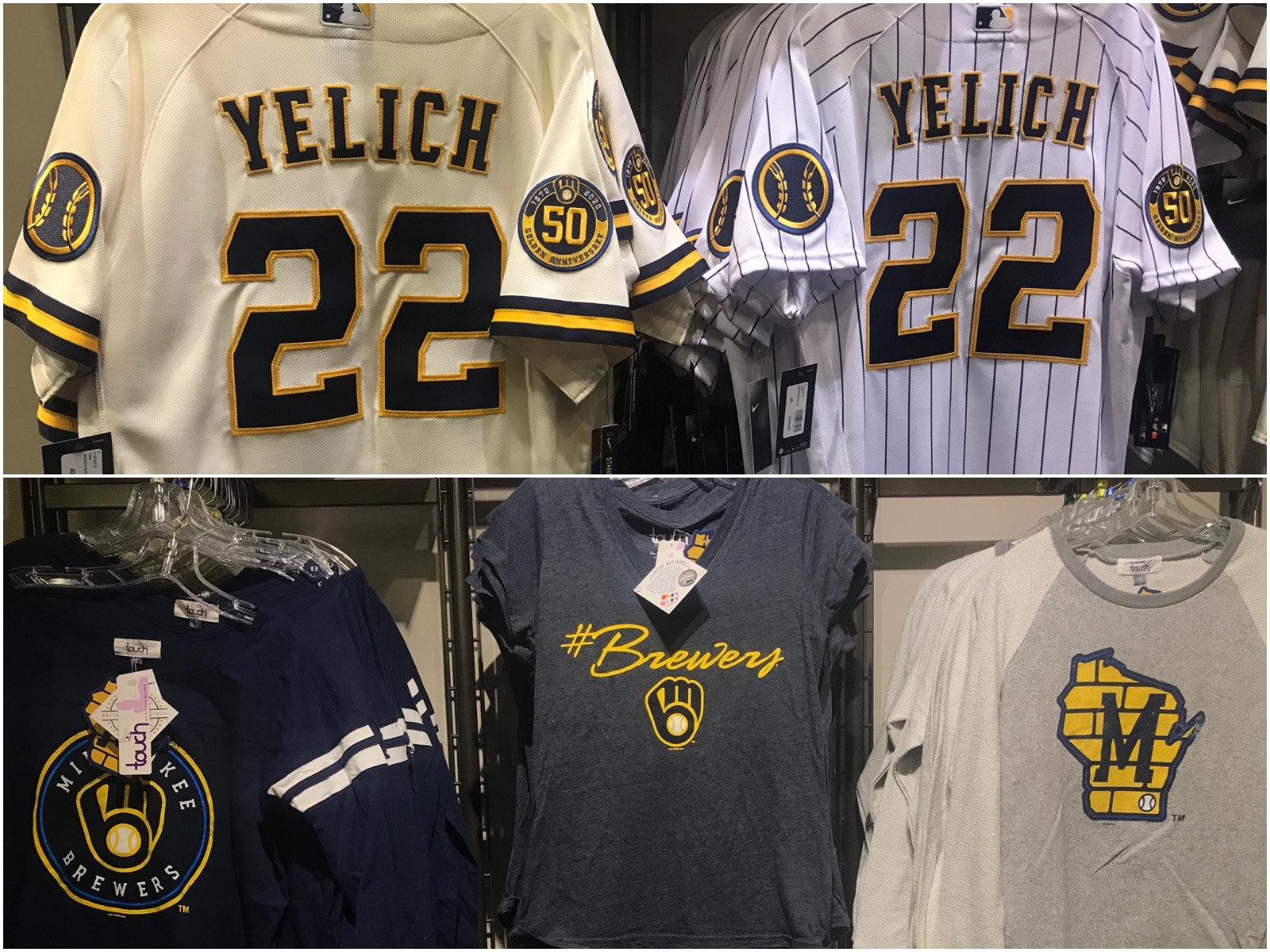