5 things to watch for in the Brewers' second half

The Milwaukee Brewers return from the all-star break tonight in Washington, and the push for the playoffs begins with just 66 games remaining in the regular season. Here are five things to watch for as the Brewers try to reach the postseason for the second time in four years.

The Milwaukee Brewers return from the all-star break tonight in Washington, and the push for the playoffs begins with just 66 games remaining in the regular season. Here are five things to watch for as the Brewers try to reach the postseason for the second time in four years. 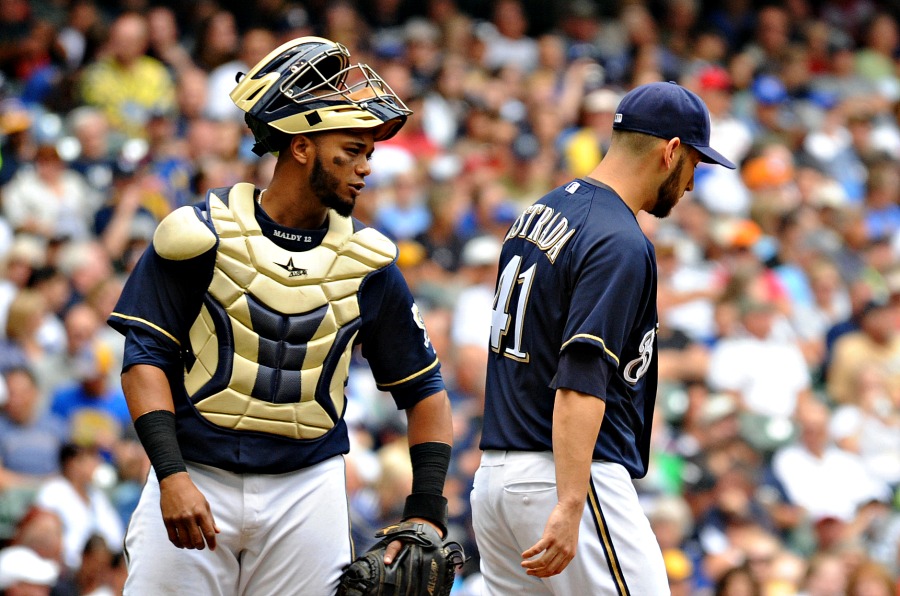 The Brewers made a change just before the break by bringing up Jimmy Nelson and demoting Marco Estrada to the bullpen.

"We’ve been talking about him for a while, and I think it had both to do with him pitching so well and Marco not pitching as well as we know he can," manager Ron Roenicke said of the move. "Even though Marco’s pitched, we think, better the last four games, Jimmy was making it impossible for us to keep him down there."

Nelson was a Pacific Coast League all-star after going 10-2 with a 1.46 earned run average while walking just 32 in 111 innings and after a solid spot start against Miami in May, he was hammered for eight earned runs in 4 1/3 innings on July 12 against St. Louis.

He has experience in the bullpen, and Roenicke said the initial thought is to have Estrada come out for long relief – but he could pitch himself into a more important late-inning role in front of closer Francisco Rodriguez.

It would seem Nelson is here to stay (Wei-Chung Wang won’t likely return from the disabled list until the roster expands Sept. 1) so what bears watching is if Nelson teams with Wily Peralta at the end of the rotation for the stretch run or if Estrada can find his way back into his old role. 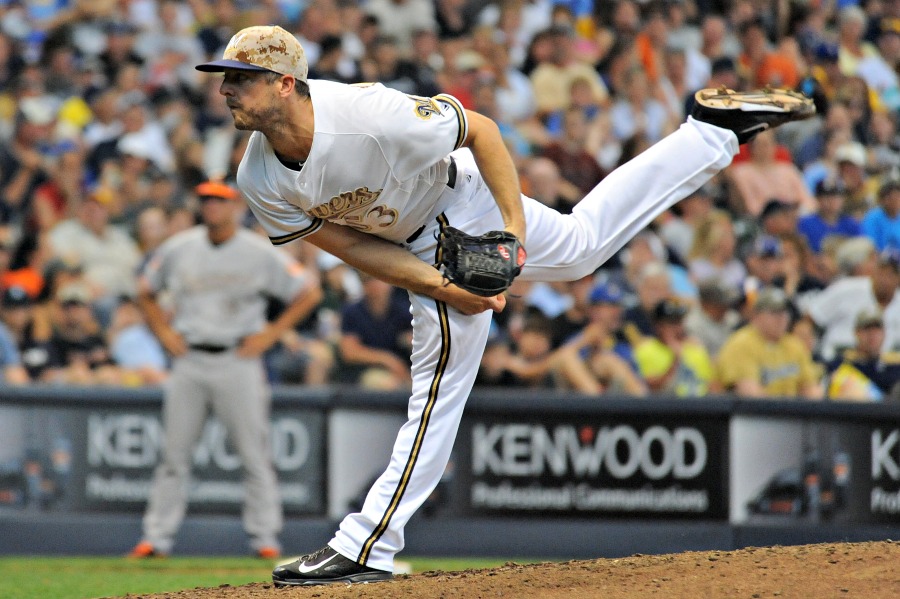 One of the reasons Estrada was moved to the bullpen was because that at the end of the first half, that unit wasn’t as consistent as early in the year – especially right handers Rob Wooten and Brandon Kintzler. With injuries to righties Tyler Thornburg and Jim Henderson – as well as the fact the Brewers seem to play so many close games – some depth was needed.

For as good as Will Smith and Zach Duke have been as well, neither have extended experience in their current roles. Smith began the year with just 18 relief appearances and 123 major league innings under his belt. Duke is a 10-year veteran, but he only began relieving in 2011 and had just 67 2/3 innings of experience in that role.

Will Henderson and Thornburg make it back, and if so – will they be as effective as they were before the injuries? Will Tom Gorzelanny continue to improve following his late return from the disabled list? And for as good as Rodriguez has been closing games, it’s a role he hasn’t done under pressure since 2008. Will he hold up the entire year? 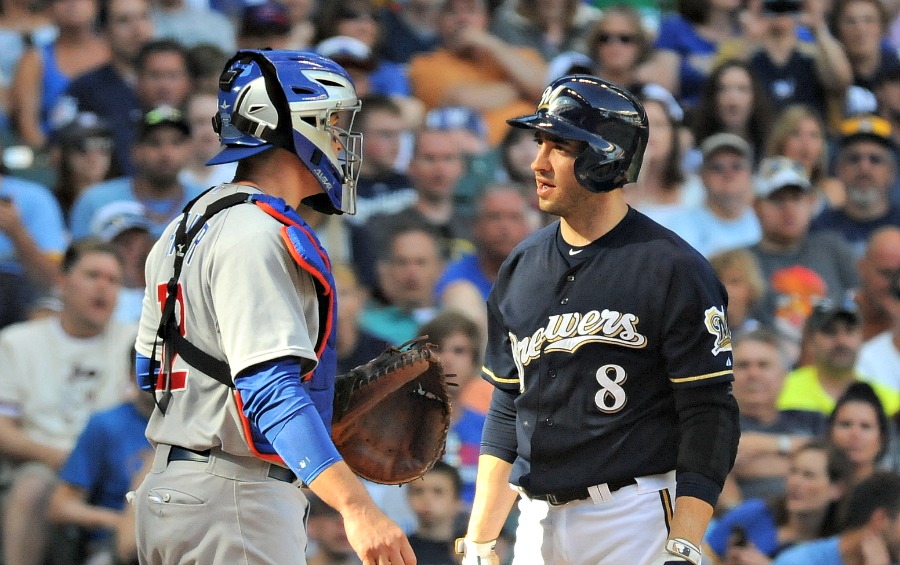 The former National League Most Valuable Player, now 30 years old, missed 23 games due to a variety of maladies in the "first half" of this season, and he hasn’t been the "old Braun" since his MVP runner-up campaign of 2012.

His overall numbers are respectable, but they’re not quite up to the level that he – or the Brewers – have come to expect. The team obviously became one of the best in the league with him performing as he was, but to close out the playoff run and make a deep push into the postseason you’d have to think Braun needs to be healthy for all of it and revert back to some semblance of his 2012 form. 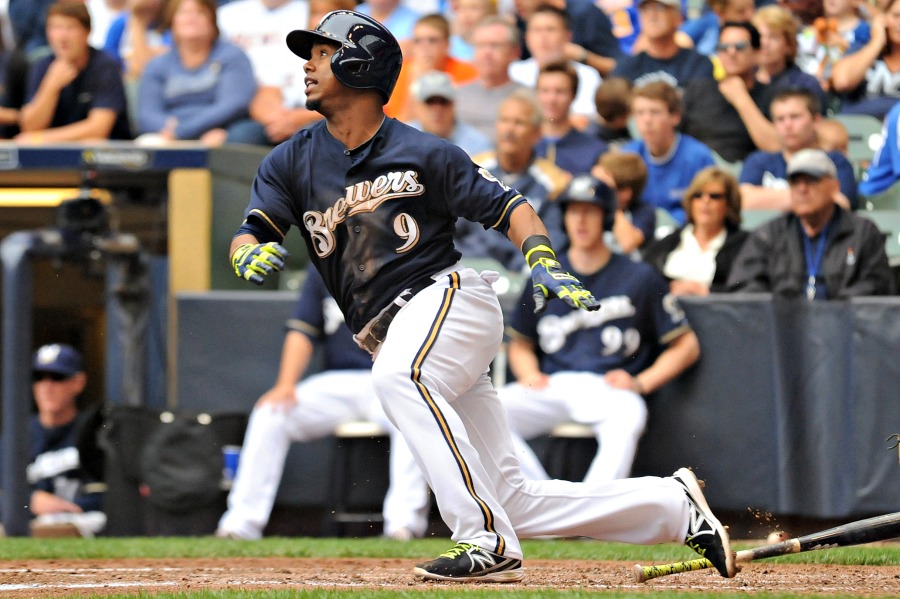 This is a tough one for the organization. Segura found out last week that his 9-month-old son passed away in the Dominican Republic, and he immediately left Milwaukee and was placed on the bereavement list.

No timetable was given for his return, but he is back and ready to resume play after missing the final two games of the St. Louis series last weekend. That said, no one can guess how this will affect the 24-year-old shortstop. This places the club in a tough spot, because in order for them to make a playoff push, they need Segura to find his hitting stroke for the first time, really, since mid-July of his 2013 all-star campaign.

While Segura hasn’t taken his struggles at the plate to the field, he had become almost a non-factor in the lineup.

Last year, even as he slumped the final three months of the year, Segura hit with force to all sides of the field and finished with 42 extra base hits and 44 stolen bases. So far in 2014, he has 16 extra base hits and his double last Friday against St. Louis was his first extra bags since a two-homer game against Colorado on June 20 and first double since May 26.

Segura has been a very streaky hitter in his roughly two seasons with the Brewers, so the Brewers are no doubt counting on him getting hot in the final two and a half months of the year. 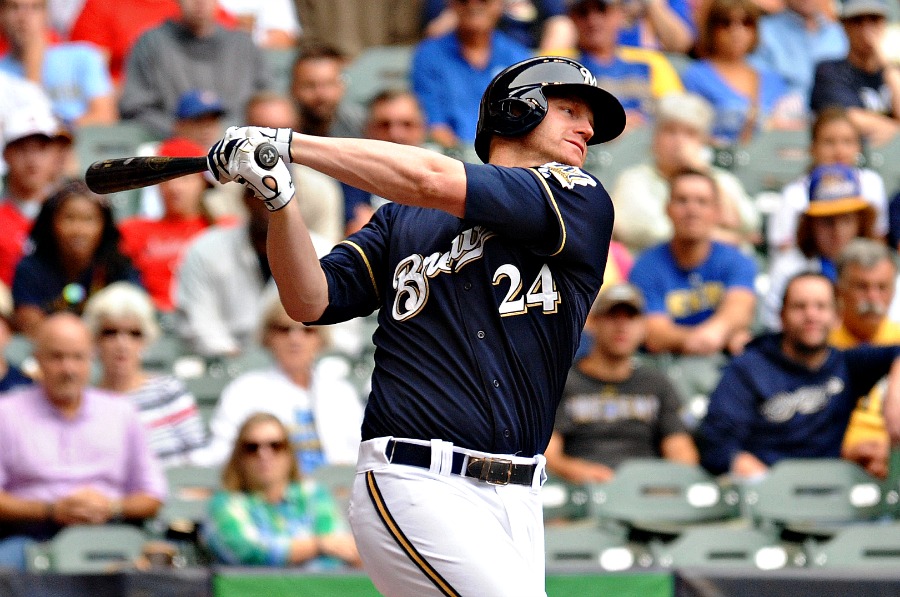 The non-waiver trade deadline is July 31 and you would expect the Brewers to at least put feelers out into the market to see who can be had to improve the team.

During the playoff push of 2011, utility man Jerry Hairston, Jr. was acquired to bolster the bench and wound up playing many key games down the stretch at third while hitting .274 with 11 extra base hits.

The current bench – which includes the platooning Rickie Weeks, Mark Reynolds and Lyle Overbay – hasn’t featured much power outside of Reynolds, and hits in general are hard to come by. The eight players who have primarily appeared off the bench this year have combined for a .218 average with 54 extra base hits and 71 RBI while striking out 213 times.

Can this unit, as is, be counted on to come up with a big pinch-hit late in a key game? Or replace a starter for an undetermined length? It's something general manager Doug Melvin and Roenicke will have to look long and hard at.