The Brewers unveiled plans for a complete transformation of the food and beverage hospitality experience at Miller Park. The project will be the single largest upgrade by the club in every measure, from scope to financial investment, since the facility opened in 2001.

In a press conference held this morning, the Milwaukee Brewers unveiled plans for a complete transformation of the food and beverage hospitality experience at Miller Park. The project will be the single largest upgrade to Miller Park by the club in every measure, from scope to financial investment, since the facility opened in 2001. The announcement was made by Brewers Chief Operating Officer Rick Schlesinger.

The new food and beverage program is inspired by the Brewers organizational mantra to "cherish our fans" and promises to enhance Miller Park’s status as baseball’s top entertainment destination.

"Our promise to the fans is that we will further enhance what we believe is a best-in-class entertainment experience at Miller Park, and we know that the food and beverage program is central to this," Schlesinger said. "We are going to completely transform the food and beverage experience for 2017 throughout Miller Park, from new concession stands and bars to reimagined offerings that reflect the traditions of Wisconsin and elevate the program to an even higher level of quality. 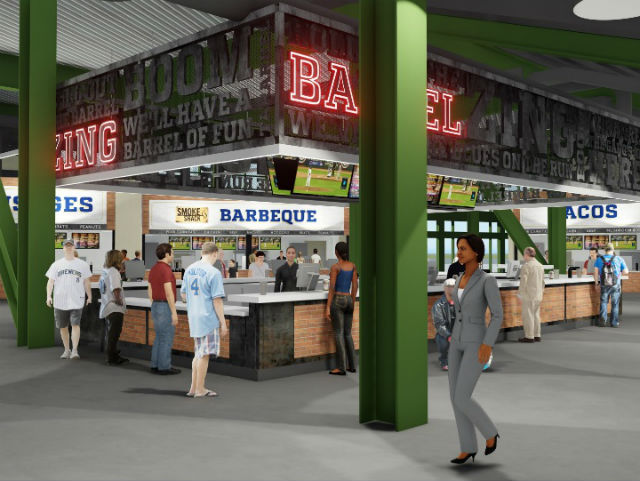 Schlesinger was joined in speaking at today’s press conference by John Sergi, co-founder and principal at Howard & Sergi, a consultancy that focuses on the F&B hospitality experience at sports venues; and Joe Sorge, president of Hospitality Democracy, a local company that owns and operates a number of highly-acclaimed Milwaukee restaurants.

The Brewers have partnered with Howard & Sergi and Hospitality Democracy, as well as concessionaire Delaware North, to reimagine everything connected to the food and beverage experience at Miller Park.

The project will be funded entirely by Brewers ownership and Delaware North. 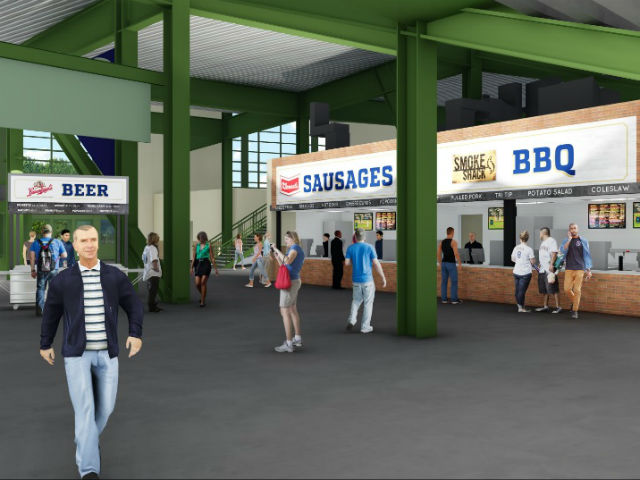 The initiative will feature a comprehensive rebuild of Miller Park’s food and beverage infrastructure. It will encompass an architectural redesign throughout the ballpark, including a total of 11 concession stands in the brand new "First Base Ward" and "Third Base Ward" on the Field Level and two brand-new Field Level full-service bars with a variety of MillerCoors offerings and views of the field.

The construction and rebranding of new stands, which will span all seating levels of the ballpark, will leverage the rich architectural history of Milwaukee. The project will install state-of-the-art equipment in the permanent concession stands and portable locations to enhance the quality of the offerings, as well as offer 33 percent more points of sale for faster service.

Another exciting element of the redesign is the "Local Brews" Bar on the right field side of the Loge Level. This new gathering spot will feature an expanded beer program with 30 taps serving craft beers from across Wisconsin for fans to enjoy. 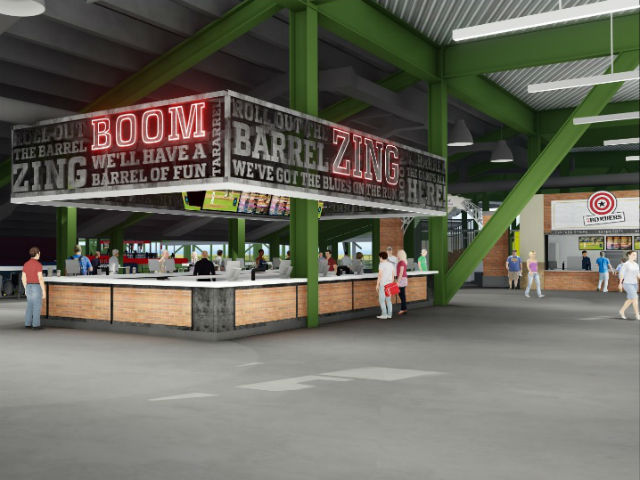 For the concession menu, the Brewers will draw on Milwaukee’s rich food traditions and burgeoning restaurant scene to expand beyond the typical ballpark fare. Hospitality Democracy is a key part of the Milwaukee dining scene; the restaurant group features many popular brands such as AJ Bombers Hamburgers, Smoke Shack Barbeque, Zaffiro’s Pizza and Holey Moley Coffee and Doughnuts.

Fans will not only be able to enjoy items from these restaurants at Miller Park, they will also experience offerings that the project team collectively worked to identify with feedback from fans. Many of those items will have ties to Wisconsin culinary tradition and include mac and cheese, frozen custard, cheese curds, plus tacos and a new line of all-natural Klement’s sausages only available at Miller Park. These items will have expanded distribution from locations on all seating levels of Miller Park.

Uihlein-Wilson Architects is serving as the project architect and Hunzinger Construction is general contractor. 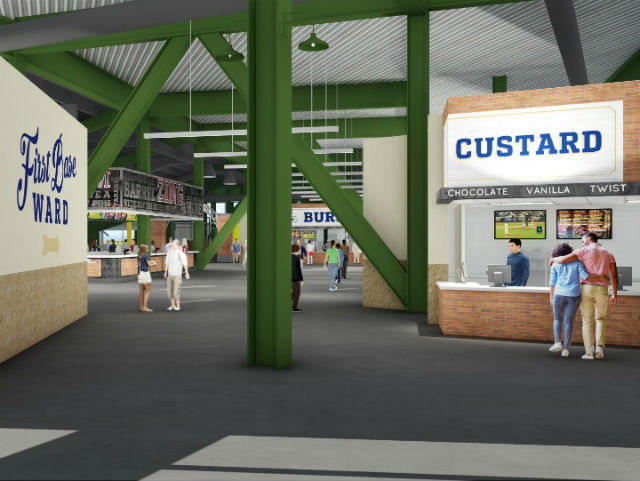 The press conference was completed today with a ceremonial demolition of one of Miller Park’s original concession stands, and construction on the redevelopment will begin immediately.