Before the MLB trade deadline Monday, the Brewers sent Jonathan Lucroy and Jeremy Jeffress to the Rangers for two highly ranked prospects and a player to be named later. Milwaukee also dealt Will Smith to the Giants, acquiring San Francisco's top prospect and a catcher in exchange.

Mere minutes before the 3 p.m. MLB trade deadline on Monday, the Brewers finally completed the blockbuster deal that seemed preordained in the offseason more than seven months ago.

Milwaukee sent prized catcher Jonathan Lucroy, along with closer Jeremy Jeffress, to Texas in exchange for a pair of highly touted young players, consummating the trade that Lucroy had essentially requested back in January and one day after he vetoed a different proposed deal with Cleveland.

The Brewers acquired outfielder Lewis Brinson and right-handed pitcher Luis Ortiz, the Rangers’ second- and third-ranked prospects, both of whom are in the MLB Top 100 list. Milwaukee also received a player to be named later, which could be a significant piece, given the value of Lucroy and Jeffress.

Brinson, 22, a raw but athletic center fielder with speed and power, is MLBPipeline.com’s 21st overall prospect (fifth among outfielders). The 20-year-old Ortiz, the website’s 63rd-ranked minor leaguer, has good stuff and the potential to become a No. 2 starter.

"While it is extremely difficult to part with players the caliber of Jonathan Lucroy and Jeremy Jeffress," Stearns said in a statement, "we are excited to add more young and talented players to the organization as we continue to build toward future winning seasons in Milwaukee.

"We would like to thank Jonathan for his seven years of not only all-star play on the field, but for the leadership and dedication that he and his wife, Sarah, displayed throughout the community. We also would like to thank Jeremy for his contributions to the Brewers, particularly his admirable work as a first-time closer this season."

The Brewers made another major trade a little earlier in the day, sending lefty reliever Will Smith to San Francisco for pitcher Phil Bickford, San Francisco’s top prospect, and catcher Andrew Susac. Bickford, 21, is a hard-throwing right-hander with good size and stuff; Susac, 26, has 87 games of big-league backstop experience and is expected to help fill the hole left by Lucroy.

Considering Lucroy, an All-Star at a key position, and Jeffress, who’s emerged as one of the best closers in baseball, are both relatively cheap and under team control beyond this season, there was some concern – notably on social media – that the Brewers didn’t receive enough for them in return, especially since Texas didn’t have to part with top prospect Joey Gallo. The 30-year-old Lucroy, who’s under contract for $5.25 million in 2017, is batting .299 with 13 home runs and 50 RBI in 95 games this season. Jeffress, 28, who has a 2.36 ERA and 27 saves this year while making just $519,000, is arbitration eligible after the season.

The market for catchers was thin, and Lucroy is one of the game’s best, and previous trades for high-caliber relievers – such as Aroldis Chapman and Andrew Miller – had netted large hauls of prospects. In a vacuum, though, Milwaukee got three very talented, promising young players, and the team had always seemed destined – and determined, following the Cleveland trade falling through – to deal Lucroy, Jeffress and Smith.

At least the Brewers waited until after last Saturday's "90s Night" at Miller Park to deal the back-end bullpen duo. 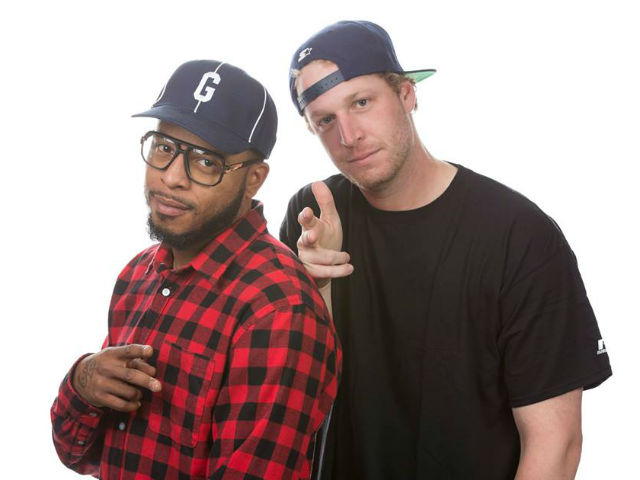 Brinson, the Rangers’ first-round draft pick in 2012, batted .237 with 11 homers, 40 RBI and 11 stolen bases in 77 games at Double-A Frisco this season. If he can stay healthy, cut down on his strikeouts and develop his tools, Brinson is a good defensive glove with 30-30 potential. Ortiz, Texas’ 2014 first-round pick, went a combined 4-6 with a 3.48 ERA in 16 games between Class-A High Desert and Double-A Frisco this year. With a 92-97 mph fastball and a plus slider, he could be a front-of-the-rotation starter if he continues to advance.

The player to be named later is probably not a throw-in type and could turn out to be very important. There’s a chance the Brewers will get to choose from Rangers selected in the 2016 MLB Draft that took place in June; it’s also possible Milwaukee simply didn’t have enough time before the trade deadline to pick a player. In 2008, when the Brewers acquired CC Sabathia from the Indians, they traded three prospects and a player to be named later, who turned out to be eventual All-Star outfielder Michael Brantley.

In trading Smith, one of the most dependable setup men in baseball, with a 3.28 ERA in 181 relief appearances with Milwaukee, the Brewers received San Francisco’s best pitching prospect.

Bickford was the Giants’ first-round pick in 2015 and is currently MLBPipeline’s 65th-ranked overall prospect. This season, he went a combined 5-6 with a 2.71 ERA in 17 starts between Class-A Augusta and Class-A San Jose. With a mid-90s fastball and above-average secondary pitches, Bickford, who appeared in this year’s All-Star Futures Game, held opponents to a .208 batting average with 105 strikeouts in 93.0 innings.

The trade deadline has passed, but the Brewers could still make more transactional moves – the players must first clear waivers, though, which makes it more difficult – and they likely will, given wheeling-and-dealing Stearns’ active track record. Some candidates for waiver trades include relievers Carlos Torres and Blaine Boyer, starter Junior Guerra and first baseman Chris Carter.

On Monday, Lucroy sounded happy to be dealt to Texas, where he’ll be on a contending team and closer to his home of Lafayette, La. The veteran and Milwaukee fan favorite posted on Twitter:

Thank you @Brewers fans for everything!Nothing but love and respect from our family. You will always have a special place in our hearts! — Jonathan Lucroy (@JLucroy20) August 1, 2016

Now, moving on to the @Rangers let's take this bad boy to the 'ship! Really excited and can't wait to get after it! — Jonathan Lucroy (@JLucroy20) August 1, 2016

What did you think of the trades? Did the Brewers get enough? Let us know in the comments.