On Tuesday morning at 10:30, the The Brewery Neighborhood Improvement District #1 will unveil a massive new sculptural sign for the neighborhood.

On Tuesday morning at 10:30, the The Brewery Neighborhood Improvement District #1 will unveil a massive new sculptural sign for the neighborhood.

The district hopes the large steel and stone structure, which its calling the "Gateway Sculpture" – and which looks a bit like a post-modern Kerry Peninsula ring fort – will serve as a welcome to residents and visitors.

The structure – a collaboration between Eppstein Uhen Architects, Ascend Design and David J. Frank – was commissioned by the Brewery Project LLC, which has developed the former Pabst Brewery site into one of the city’s most unique and in-demand neighborhoods, and the City of Milwaukee. 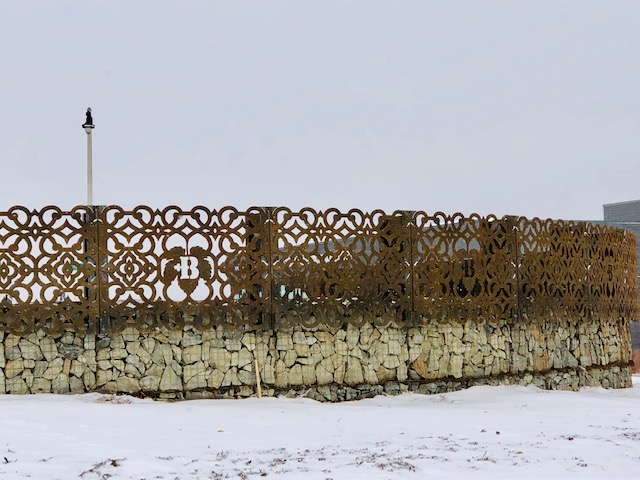 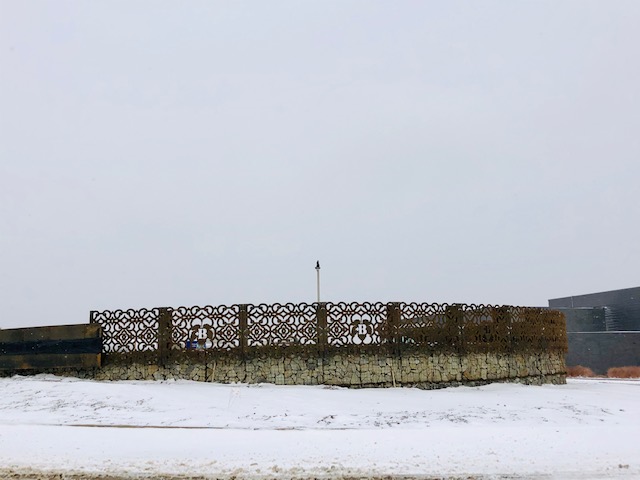 The ring is located in the grassy center of roundabout at 7th Street and Juneau Avenue, in front of the Hyatt Place hotel that opened last year.

The circular structure is 72 feet in diameter, with a base of stone held in place in cages, with steel panels running along part of the top and reaching nine feet high. The words "The Brewery District" are etched into two sides of the work, which will be illuminated with LED lighting powered by a trio of photovoltaic cells.

There are also Jacob Best – the forerunner of Pabst Brewing – hop leaf logos engraved in the steel. 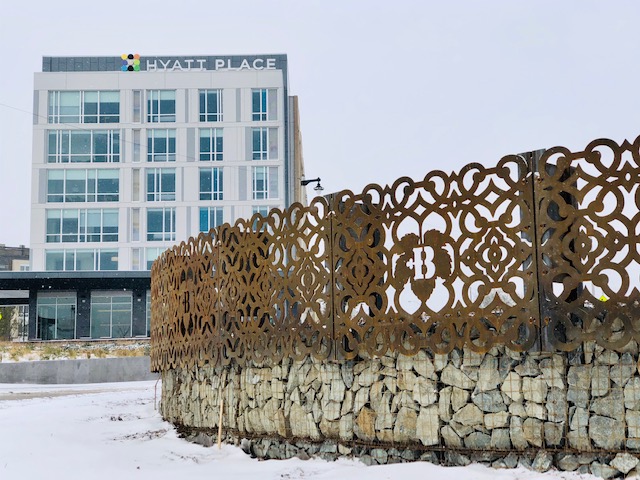 The lighting, as well as indigenous landscape plantings will be added next spring.

"The initial design inspiration for the new Brewery District’s gateway sculptural signage was the strength and large scale of many of the original Pabst buildings," said architect Kevin M. Mantz, AIA, of Zilber Ltd.

"In most cases, heavy in industrial materials and purpose built. The loose laid stone gabion wall is a current interpretation of the historic stone building foundations. Its protruding circular form is ‘remnant like’ of the original grain silos. The unfinished Corten steel curved panels with exposed fasteners reinforces the industrial nature of The Brewery District, past and present. 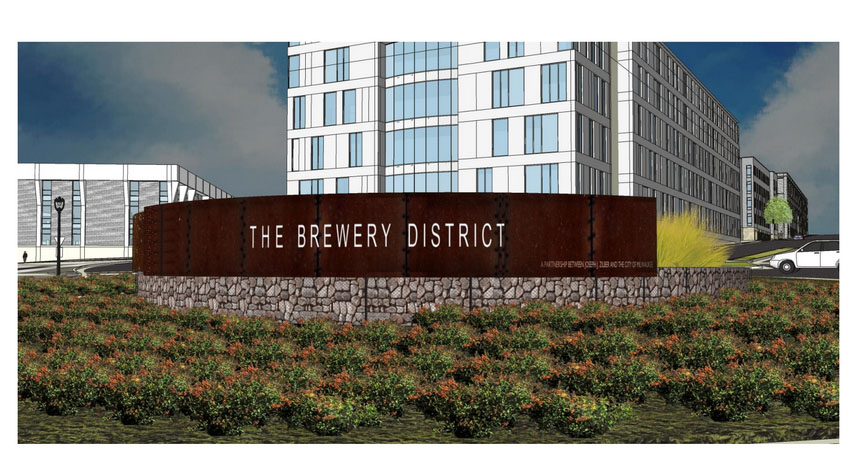 "The open cut decorative panels nod to the craftsmanship, artistry and ornamentation found on many of the Pabst era buildings. The original Pabst logo is understated in the design paying homage to the Best and Pabst families. The laser-cut stainless steel lettering is set off by the ever rusting Corten steel panels and provides not only an artful contrast, but symbolizes the strength of old and new coming together."

As part of the unveiling, which will be held in the Hyatt Place due to the cold, Mayor Tom Barrett is expected to declare Tuesday to be Brewery District Day. After a welcome from Zilber Executive Vice President John Kersey there will be free beer for all attendees (age 21 and up, of course) thanks by Pabst Milwaukee Brewery & Taproom and MKE Brewing Company and live music by Milwaukee’s Polka Kings.