This afternoon, a sidewalk at 2244 N. King Dr. was hit by a sudden and frightening shower of cream city bricks toppling to the ground from a partial collapse of the building's veneer.

This afternoon, a sidewalk at 2244 N. King Dr. was hit by a sudden and frightening shower of cream city bricks toppling to the ground from a partial collapse of the building's veneer.

The collapse happened on the North Avenue side of the building, which is located on the intersection’s southeast corner.

Thankfully, it appears no one – save for the Bublr Bikes station located on the sidewalk – was hurt in the sudden shower of bricks, which police are currently saying may have been the result of a truck running into the building earlier Friday morning. Video of the incident retrieved by WISN 12 and photos of the aftermath, however, still paint a dramatic and dangerous close call.

VIDEO: Brick facade collapses from building at MLK and North in #Milwaukee. No injuries but close calls abound. #WISN12 at 5. Thanks to Pete’s Fruit Market for the video. pic.twitter.com/zPoPuebqj8 — Nick Bohr (@NickBohrWISN) June 1, 2018 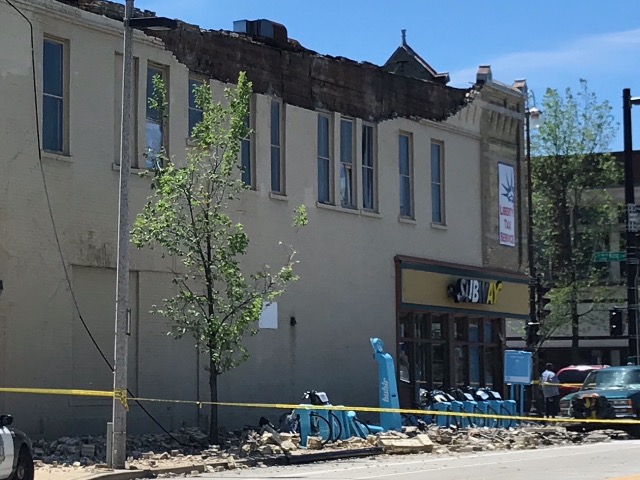 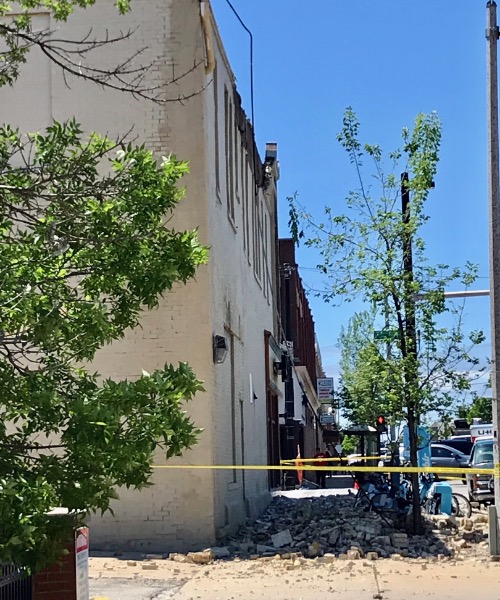 The station on MLK and North is currently down as part of the building behind it has collapsed onto the station and bikes. Hopefully no one was injured. pic.twitter.com/cxVBMzqrGM — Bublr Bikes (@BublrBikes) June 1, 2018

The building, which currently houses a Subway and a tax office, was built in 1907, according to the Wisconsin Historical Society and Milwaukee Public Library, though it does seem to appear on the 1894 Sanborn fire insurance map.

Perhaps ironically, considering the fate of the Bublr Bikes and station, the building's namesake and builder, H. E. Bauch, was an early bicycle enthusiast and member of the north side chapter of the Wheelman's Cycling Club in the 1890s.

A similar cream city brick collapse took place several years ago – though to a far less dramatic and dangerous extent – on Humboldt and North. 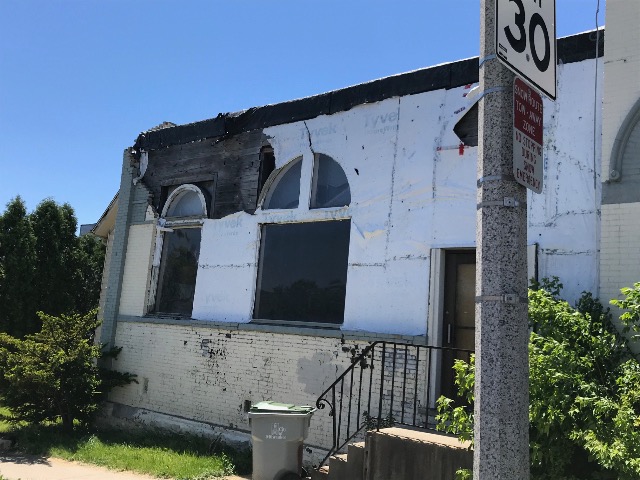