Just like Water Street's summer tune-up, Broadway in Downtown Milwaukee got a full refresh this past weekend, brightened with a new pavement job.

People seem to love freshly paved roads. And just like Water Street's summer tune up, Broadway in Downtown Milwaukee got a full refresh this past weekend.

Ghassan Korban, commissioner of public works, told me this via email on Sunday, "We just paved Broadway between Clybourn and Kilbourn over the weekend. This was done as part of the high impact paving much like we did Water Street earlier this summer. In light of all traffic congestion Downtown has seen due to various projects this season, we felt that it was best to perform this work during the weekend while traffic is significantly lighter. Additionally the same work would have taken 4-5 days had we done it during the week." 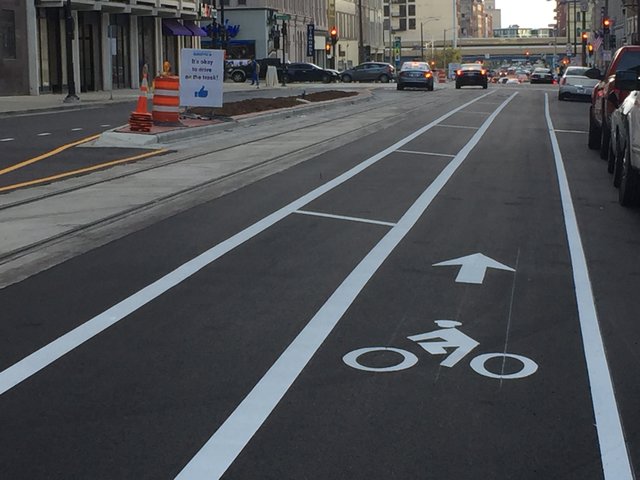 Downtown is definitely taking on many new looks and refreshes. The streetcar tracks have already proven to create density and development, the new arena grows daily and as I recently mentioned, the city has also repaved two other major Downtown streets this year: Chicago Street in the Historic Third Ward and Harbor Drive along the Summerfest grounds.