General Capital Group and Joseph Property Development bought three properties from Milwaukee Institute of Art and Design in September and unveiled plans to raze the structures to build a mixed-use development with retail, apartments and a commons space for MIAD students to replace one of the buildings, which had served as the school's student union. Two of the three are threatened with destruction.

Last week, The Business Journal’s Sean Ryan wrote about neighborhood efforts to prevent the destruction of a pair of buildings on the triangle at the foot of Broadway in the Third Ward.

General Capital Group and Joseph Property Development bought the properties from Milwaukee Institute of Art and Design in September and unveiled plans to clear the site and build a mixed-use development with retail, apartments and a commons space for MIAD students to replace one of the buildings, which had served as the school’s student union.

Two of the three are threatened with destruction.

In 1915, a candymaker occupied the building, but Milwaukee Italian-Americans remember it best as Frank Dragotta’s tavern, which endured from the 1950s until the mid-1990s. 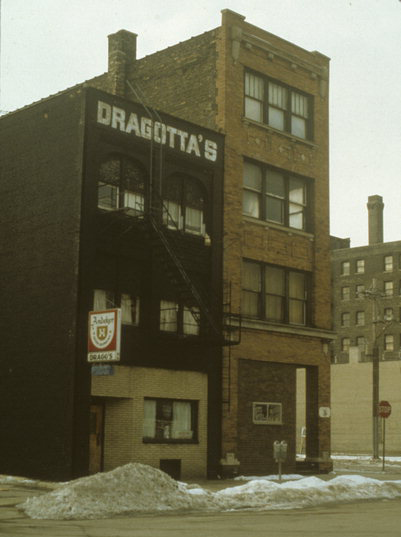 Though the building bears a historical marker describing the Caradaro Club, owned by John Caravella and Joe Todaro, which was the first Milwaukee restaurant to dish up pizza, in 1945 (ignore the plaque’s assertion that pizza was making its way to America at that time; it was already long established in cities with larger Italian enclaves), the restaurant was actually across the street at 326 E. Erie St. The site is now a surface parking lot. 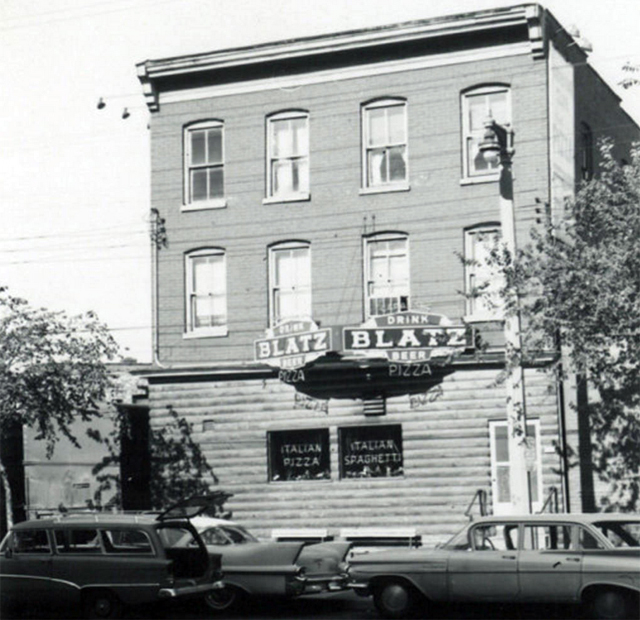 The four-story warehouse next door, at 147 N. Broadway, was built in 1911 for Clemens H. Kavelage based on designs by Carl Ringer. Both these buildings face onto Catalano Square. Razing this one is not part of the plan at the moment. 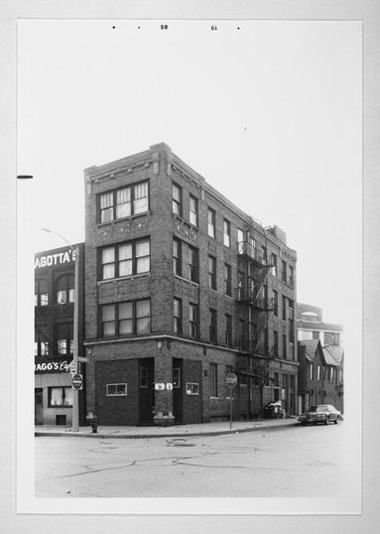 Though the main floor most recently housed a salon – like its neighbor, the upper floors are residential units – throughout its history, the building has been a warehouse for business like coffee wholesaler Koehler-Clemens, Forster Label Works and H.F. Auler Co., which sold hobby supplies like model cars, glue and stamp collecting materials.

To the west of these buildings is perhaps the most interesting structure, a triangular building at 266 E. Erie St., that until a 2013 fire, served as the MIAD student union. All three buildings, incidentally, were added to the National Register of Historic Places in 1984 and to the state's register five years later. 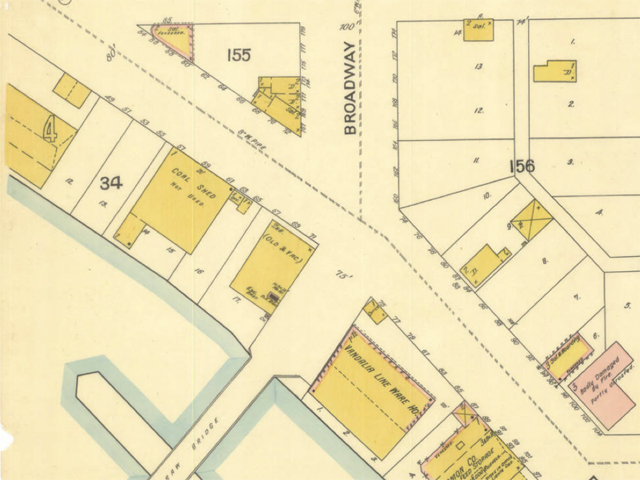 After the Third Ward fire, there were a lot of vacant lots in the area.

But this attractive and unusual Queen Anne structure – one of just a handful of buildings to survive the devastating fire that basically erased the area in 1892 – has a long history as a saloon.

However it is possible that the first tavern opened there in July 1891, when William Murphy applied to the Common Council for a license to sell "vinous, spiritous, malt, ardent or intoxicating liquors or drinks in quantities less than one gallon, to be drank on the premises."

The east addition was put on in 1912 and designed by Miller's favorite architects Wolff & Ewens.

In June 1918, Hungarian immigrant Mark Rechnitzer applied for a liquor license for the business, but it's unclear whether or not he got it. If so, he didn't serve long as a saloonkeeper there (Prohibition loomed, after all).

By May 1920, Rechnitzer was running a place at 64 12th St., where he was nabbed for illegally possessing liquor, a charge he was also indicted on two months earlier, and which may have ended his career behind the bar. Later records suggest Rechnitzer had a number of jobs unrelated to saloons. 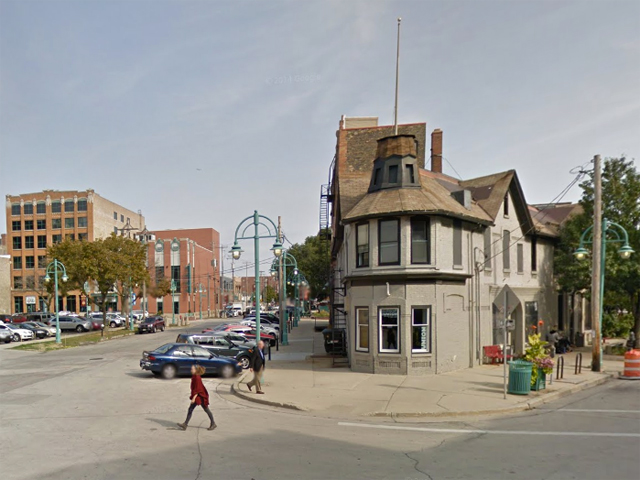 From 1972 to about 1995, the building was home to the now-legendary Wreck Room Bar, described in this detailed history as "Milwaukee’s first cowboy/levi-leather bar."

Opened by Wayne Bernhagen, the bar was the birthplace of the Silver Star Motocycle/Leather Club and the home to a wooden cart with a hitch carved to resemble an erect penis. When The Wreck Room closed, the cart was moved to Woody’s.

When the bar closed, after a big street festival in celebration of its history, MIAD purchased it and re-tooled it as its student union.