Broken Bat Brewing Company, the Third Ward's first brewery and tap room, opens on Friday. And we've got the first look at the space, which (surprise, surprise!) pays homage to the all-American sport of baseball.

When Broken Bat Brewing Company owners Tim Pauly and Dan McElwee hatched the plan for their brewery and tap room at 231 E. Buffalo St., their hope was for an Opening Day launch.

And they were pretty much on the ball, only a few days late. The baseball-themed brewery and tap room – the first of its kind in the Third Ward – will open its doors to the public on Friday, April 7 at noon. 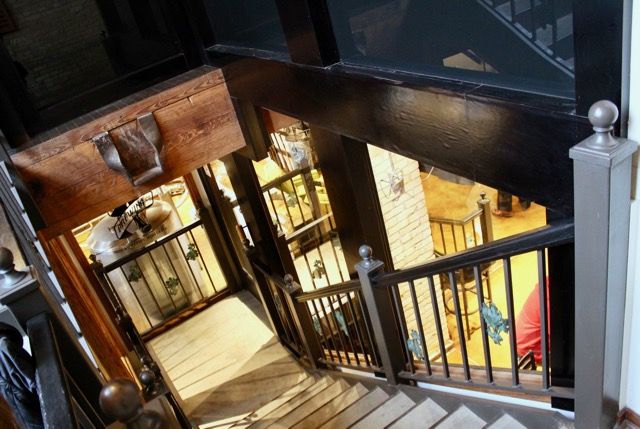 The brewery isn't difficult to find. But, you will have to head down the stairs just to the left of the entrance to get there. 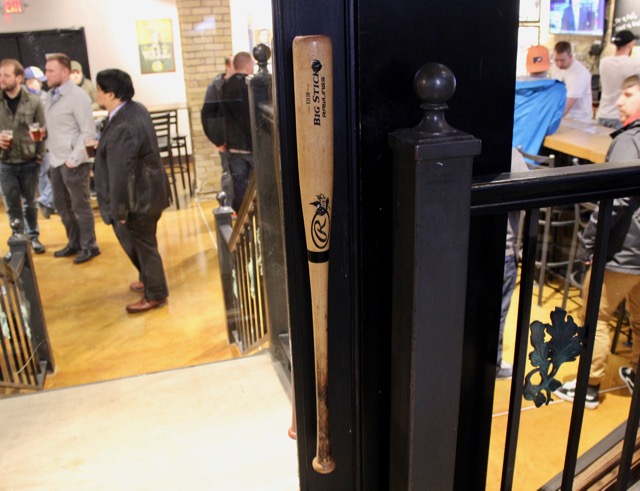 Right off the bat, you'll see the brewery's theme come into view. Even the door handles play along. 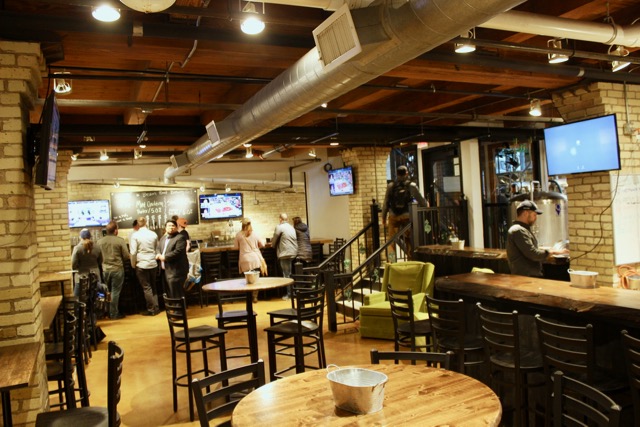 The tap room itself seats about 40. You can belly up to the molded cement bar or perch on a seat at one of a variety of high-top tables. 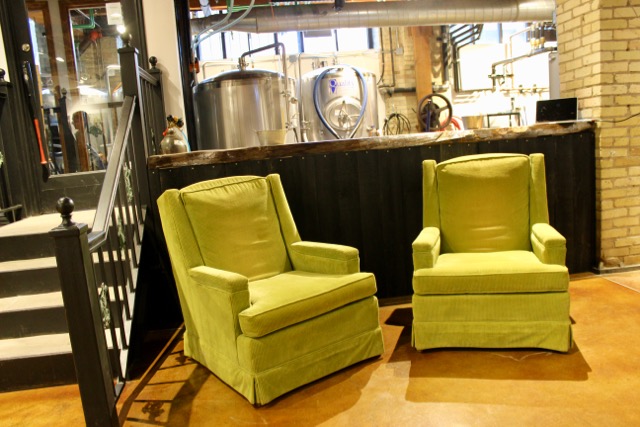 If you prefer, you can sit back and relax in one of the man cave-esque green chairs. They may seem out of left field, but they've become an integral part of the space.

"Those chairs were the only things here when we moved in," notes McElwee. "People seem to love them, so we can't seem to get rid of them." 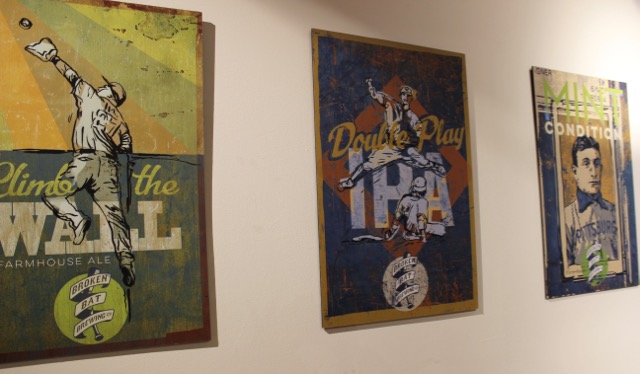 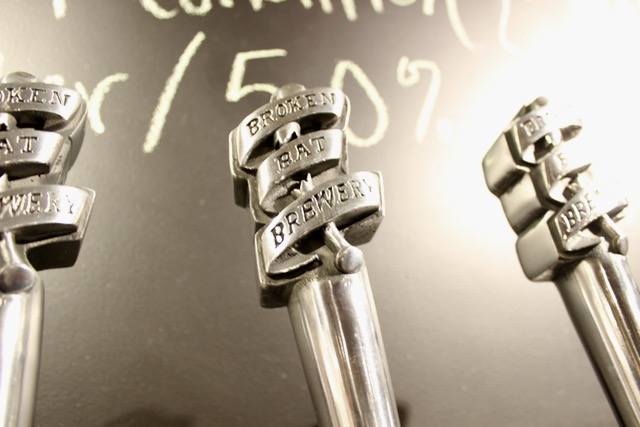 The tap handles behind the bar were designed by Mark Martio, an artist friend from La Crosse during one of the friends' early conversations about starting a brewery. The original drawing was sketched out on a Post-it note. 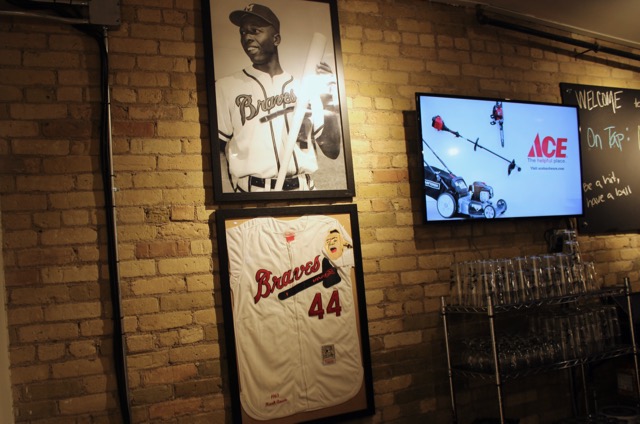 A framed photo and Braves jersey pay homage to one of the greats: Milwaukee Braves and Brewers outfielder Hank Aaron. 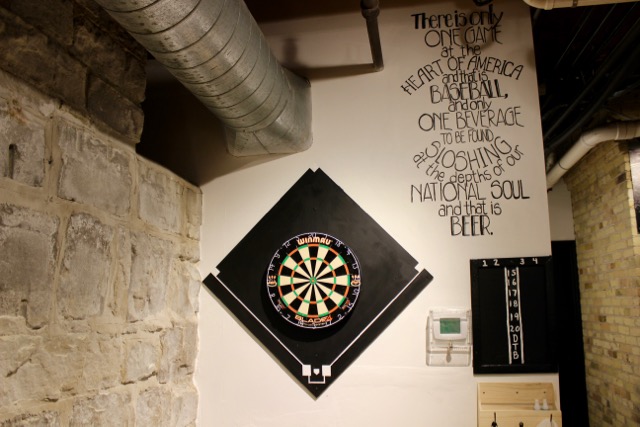 A dart board welcomes players to while away an afternoon with friends. 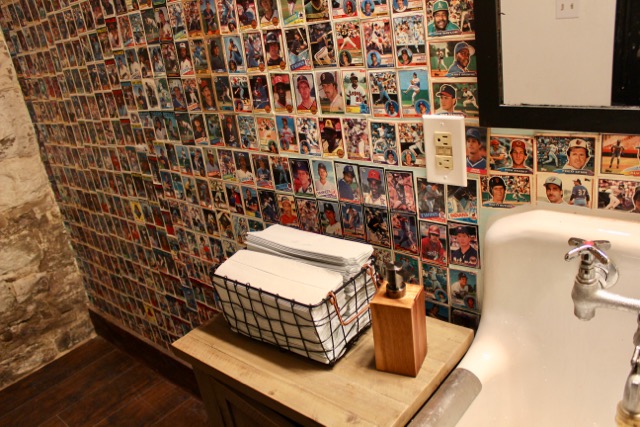 Even the men's room is a testament to baseball. It features a wall covered solidly in baseball cards collected since childhood by Pauly and McElwee. 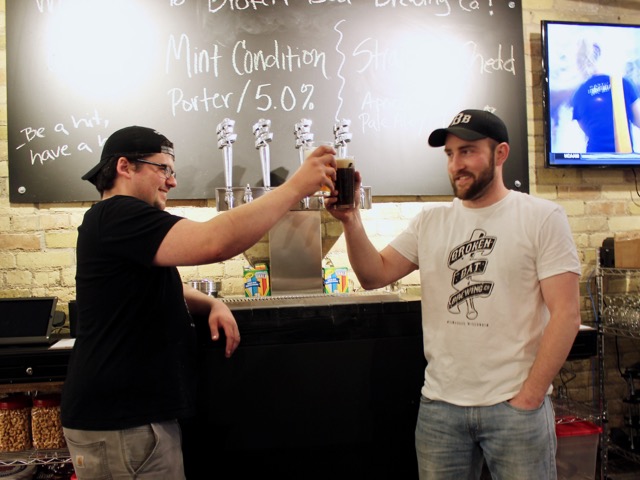 The brewery is cozy. But, it's vibrant and functional. And that's a home run for Pauly and McElwee, who've made their baseball and beer loving dreams come true.