When WUWM program director Bruce Winter died last month of complications from cancer at age 64, long-time listeners may have expected the voice they've heard on 89.7 FM to go silent for the first time since 1978. But that's not what station manager Dave Edwards, who worked alongside his friend the entire time, had in mind.

When WUWM program director Bruce Winter died last month of complications from cancer at age 64, long-time listeners may have expected the voice they’ve heard on 89.7 FM to go silent for the first time since 1978.

But that’s not what station manager Dave Edwards, who worked alongside his friend since the beginning, had in mind.

"His voice is on everything," says Edwards who is retiring next year and doesn’t intend on replacing Winter during his tenure. "I was talking to Bruce’s son a week or so after his dad died. He said to me that the very next day he woke up and heard his dad on the radio and said it was actually kind of comforting. When movie stars die, we don't erase their movies. In fact, we celebrate their work."

And that’s why his legacy will live on at the station for years to come.

"Bruce’s voice is going be on WUWM for a long time to come because even if we wanted to erase it, it would take us years to do it because he's on so many things," says Edwards.

Naturally, Winter’s colleagues took the news of his passing pretty hard, and Edwards says the staff meeting he led the next morning was the hardest thing he’s ever done.

"You can see the many boxes of tissues," says station marketing coordinator Christine Lamitina, pointing to the boardroom where his death was announced. "We had gotten used to Bruce always just bouncing back, so it was a huge shock. Bruce has been such a great person to work with, and his enthusiasm for the station is unparalleled. Despite having been here since 1978, he was always trying something new. We had just talked about this document he put out about how to sound like NPR, and sound like Milwaukee (at the same time)."

So, on a daily basis, Edwards will use his other two announcers on staff, Lauri Jones and Rachel Owens, but voiceovers like Winters’ many fundraising spots, station IDs and promotional messages will continue to grace the air. "Those will still be with us for a long time to come," says Edwards. 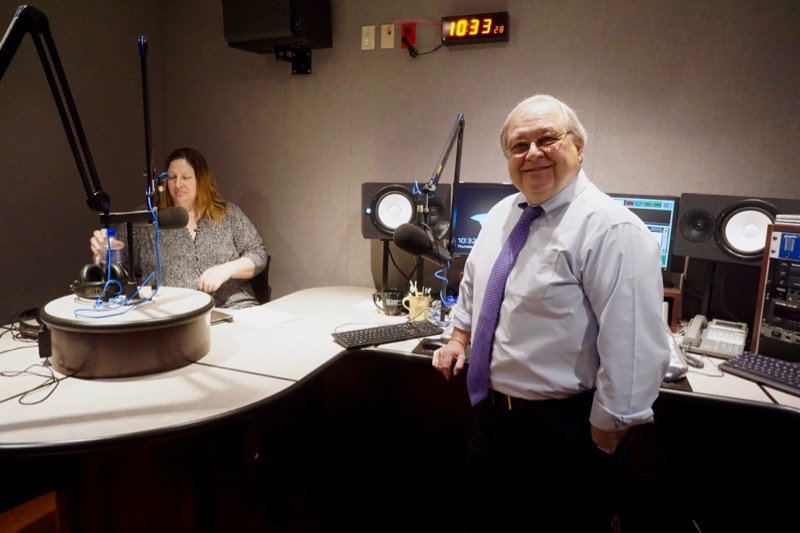 On Monday, Edwards also announced to his staff that WUWM will name its production studio after Winter. Says Edwards, "It was the studio that Bruce worked out of. I've always called it Bruce's studio because if you couldn't find Bruce in his office, that would be the next place you looked, and so we're going to name that studio after him."

"That's a lasting legacy, but you know, literally, we could just name this entire station after him because he was that critical to the organization," says Edwards.

For a pair that’s known each other since high school and worked together for decades, you can quickly tell that Edwards isn’t just paying lip service to his late employee. He says he misses talking about Packers games with his friend on Monday mornings, and he couldn’t bring himself to listen to his own station for a few days after Winter died. He says they could literally finish each other’s sentences.

And that kind of chemistry is rare.

Says Edwards, "When Bruce and I would talk about how we wanted the station to sound, I could articulate it but Bruce could hear it and he knew how to execute it. We spent countless numbers of hours sitting in my office talking about the way the station should sound and the NPR sound and the competitive broadcast environment."

"My life – and I think all of our lives – are so much richer because we got the chance to work with Bruce," says Edwards. 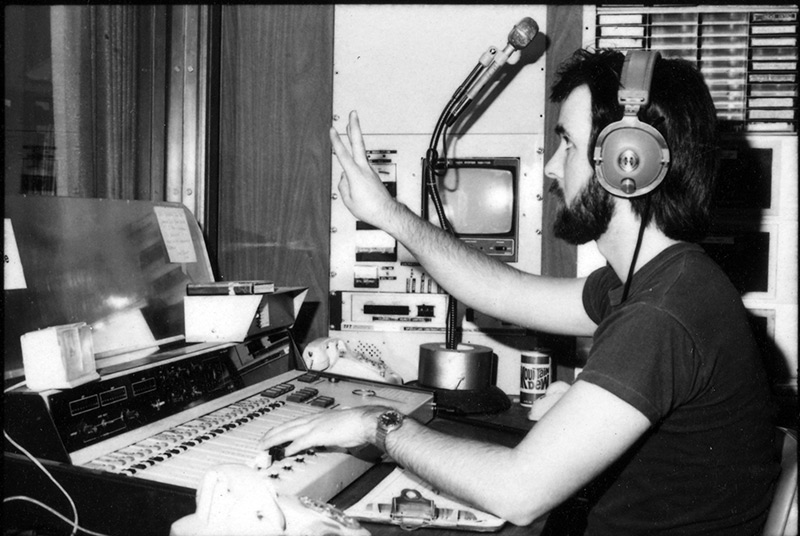 HYFIN is the name of the new 88Nine urban radio channel

Father to son: Gene Mueller looks back at his legendary radio career