OK, I'll admit that when I first heard that the former Blue Cross Blue Shield office building at 401 W. Michigan St., was going to be transformed, I was skeptical. But I guess there's a reason that the group that transformed the place is called Phoenix Development.

OK, I'll admit that when I first heard that the former Blue Cross Blue Shield office building at 401 W. Michigan St., on the southwest corner of 4th and Michigan was going to be transformed, I was skeptical.

With all the beautiful old buildings that are pulled down for new developments, this 11-story place, built in 1973 and empty since 2006, was going to be saved?

But I guess there's a reason that the group that transformed the roughly 250,000-square foot place – designed by Brust Zimmerman Architects and enlarged in 1977 – in The Buckler is called Phoenix Development Partners.

After taking a tour of the new apartment complex, which opened to tenants in November and has commitments for about 20 percent of its 207 units, I have a new appreciation of how some under-appreciated buildings can be given new life. 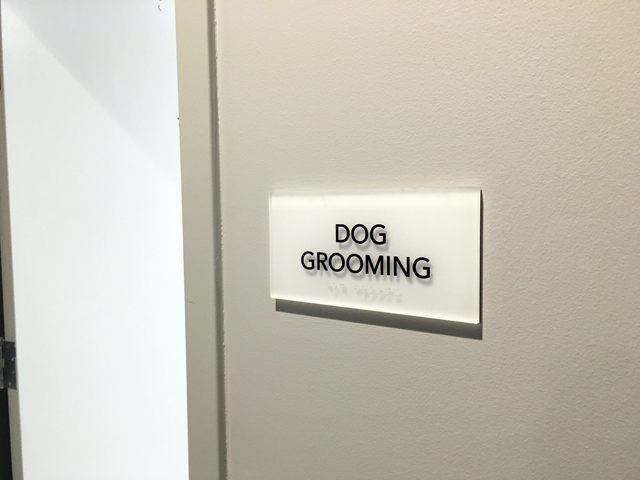 Yes, when it is complete, there will be a washing station, grooming table and more for the furriest (I hope) tenants. 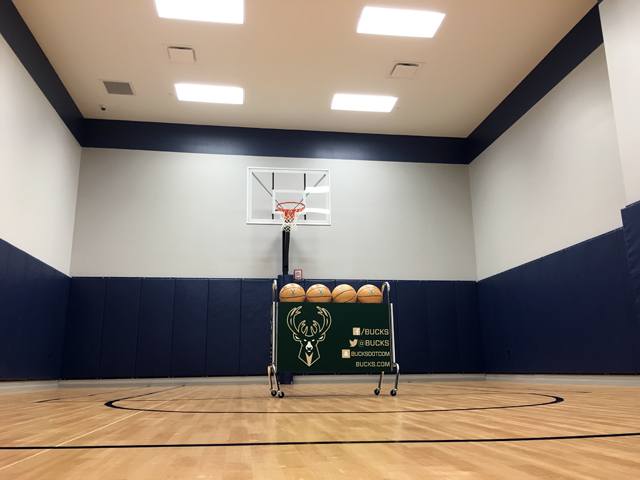 A hardwood basketball court, so you can squeak like the pros in your own building. 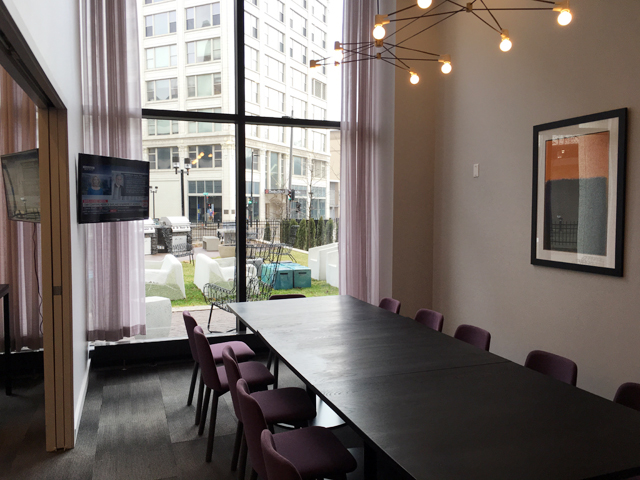 Let's face it, you might never have to leave. 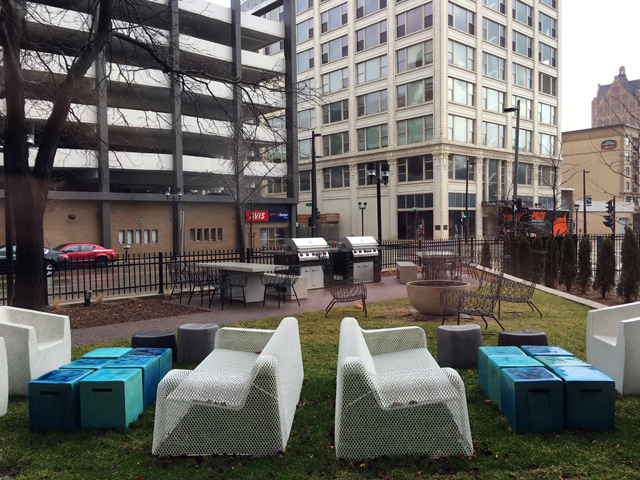 You're a renter, living in Downtown Milwaukee, but that doesn't mean you can't grill out, read a book in your own yard or cuddle around the fire pit. 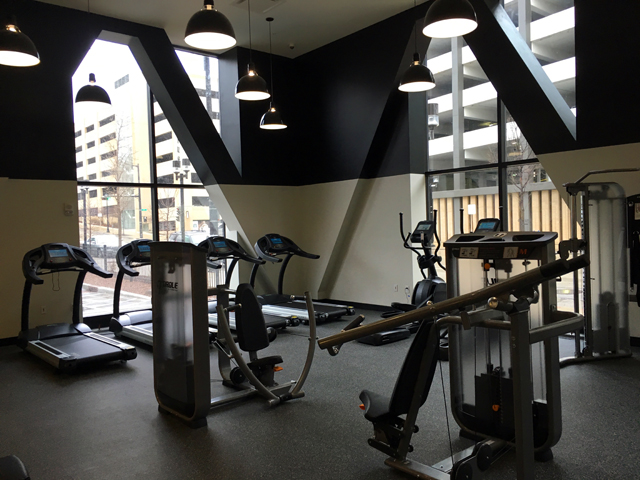 So, you can get ready to kick the competition to the curb on that basketball court. 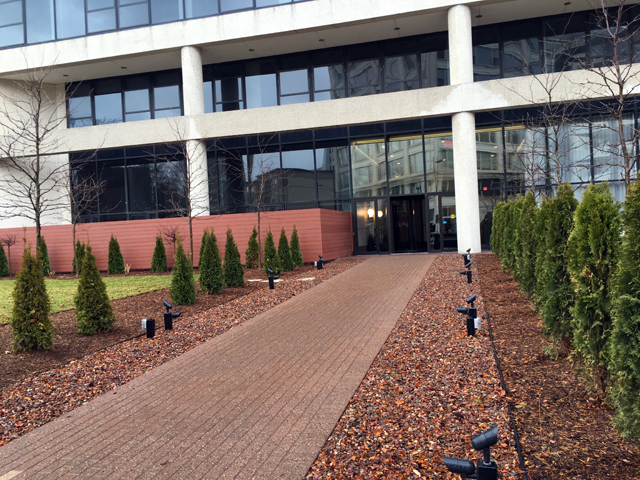 The sprawling space outside the triangular building is greener than ever, which is good news not just for tenants but for everyone that passes by. 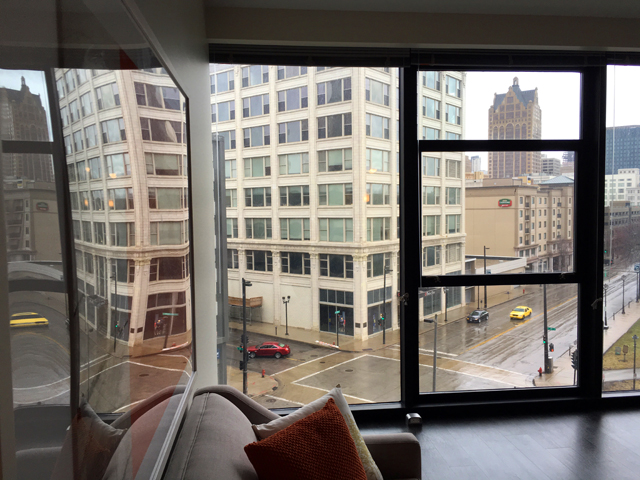 Many of the apartments have really nice views of Downtown Milwaukee. Some also face west and offer a panorama that includes Miller Park. 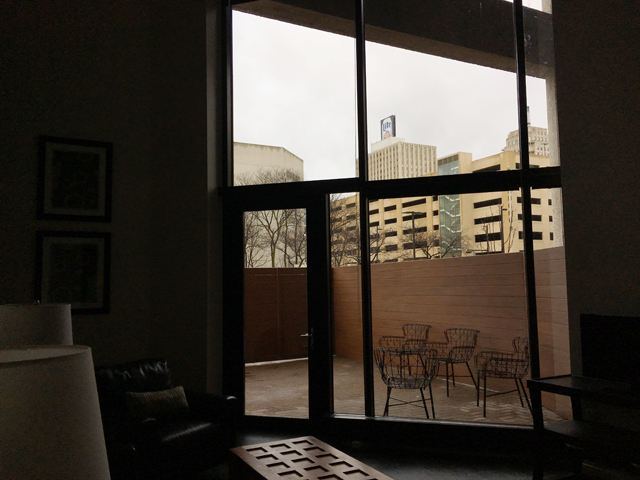 The first-floor townhouses have private patios and the top floor apartments have enclosed decks, too.

9. Variety of shapes and sizes 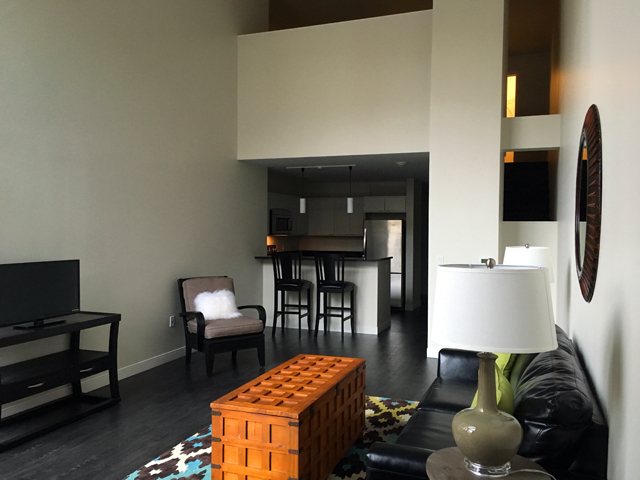 The more than 200 units boast more than 100 different floor plans, including studios starting at $995 and large two-bedroom units topping out at $3,128.

MMAC to move headquarters to The Avenue

Downtown gets new wayfinding signs ahead of big tourism events