Buckley's has expanded, but it's still beautiful, cozy and welcoming

The first phase of Buckley's Restaurant & Bar expansion has been completed. And beginning Wednesday, January 9, diners can get their first peek at the beautiful new space.

It’s been just over three years since we announced that Buckley's Restaurant & Bar, 801 N. Cass St., would embark upon a major expansion that would triple the size of the Juneautown restaurant.

But, after long last, the first phase of the ambitious endeavor – which combined two historic buildings into a seamless whole – has reached completion. 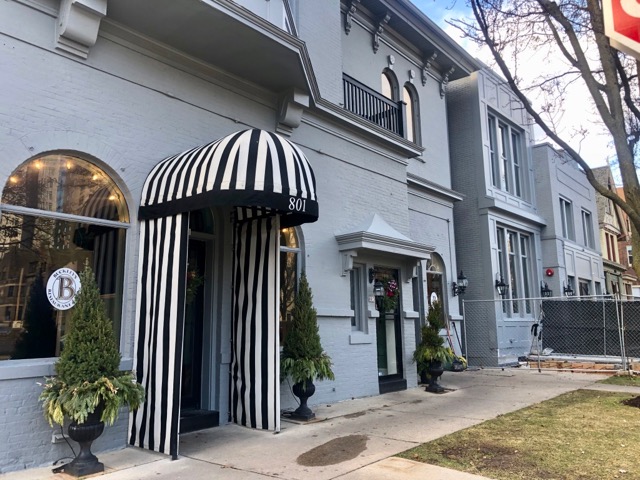 To accommodate finishing touches on the new space and allow for staff training in both the kitchen and dining areas, Buckley’s closed briefly on Monday and Tuesday of this week. But it will reopen to the public for lunch service on Wednesday, Jan. 9. And when it does, diners will be treated to a very new, yet comfortingly familiar, Buckley’s. 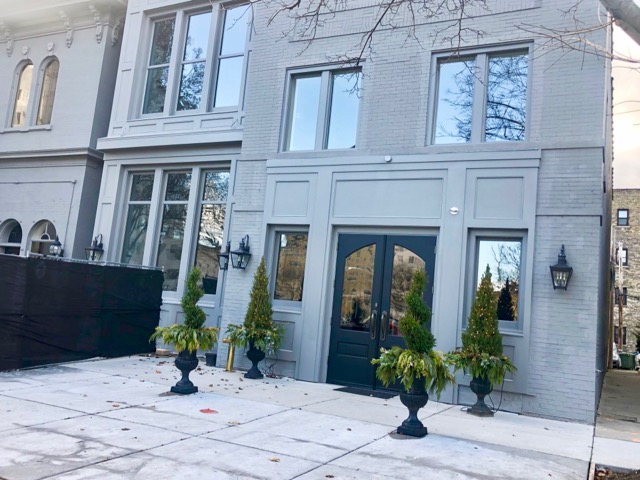 Thanks to the expertise of architect Paul Gondek and Adam Kirchner of ADK Design, the original Buckley’s restaurant has been adjoined to the building directly to the north, and the new space has been equipped with a brand new kitchen (complete with a combi oven and plancha grill), a new ground floor dining area and an upstairs dining room which will eventually become a space used for catering and special events.

A peek at the beautiful new space

Pam Buckley, who owns and operates the restaurant with her husband Mike and sons Britt and Taylor, oversaw the look and feel of the space with the help of her daughter, Tara Sherry, who earned a degree in interior design. 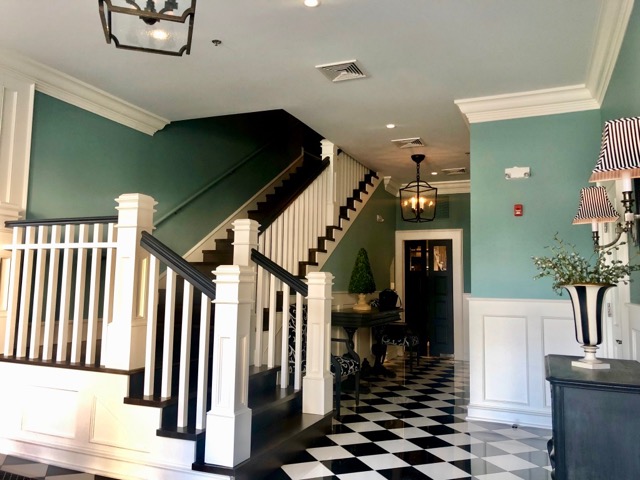 "I’ve always had fun with the design in the restaurant," notes Pam, of the project. "In so many ways, we really followed the lead provided by the character of the building, but the goal was really to create a space that felt cozy and welcoming. We live in this building, so it really is our home, and we always wanted the space to reflect that … for people to feel as if they were sitting inside our house, having dinner with us."

The space is, indeed, cozy and welcoming. The dining area on the first floor is bright, thanks to light from eastern-facing windows. It’s also familiar, decorated with the same hues of bright blue, grey and white Farrow and Ball paint that adorned the original restaurant. 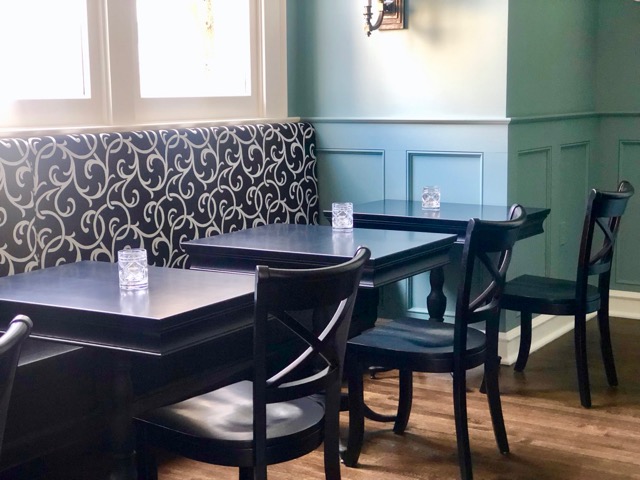 Pops of black and white give the room a casual elegance. A fireplace offers warmth and coziness. 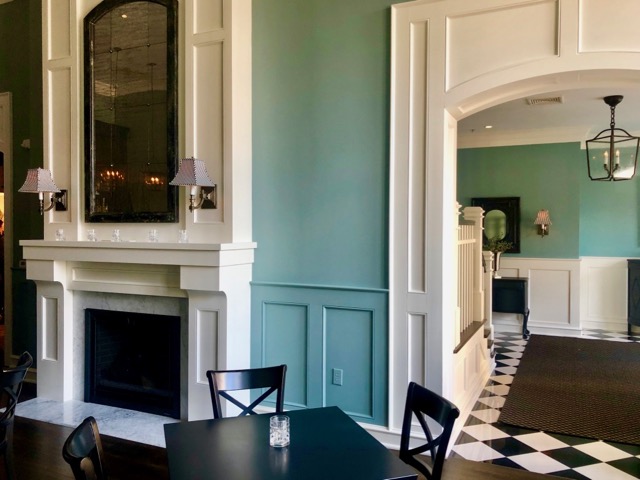 And a pub-style bar offers the space a convivial vibe (and a view of that impressive collection of Buckley's-famous amaro collection). 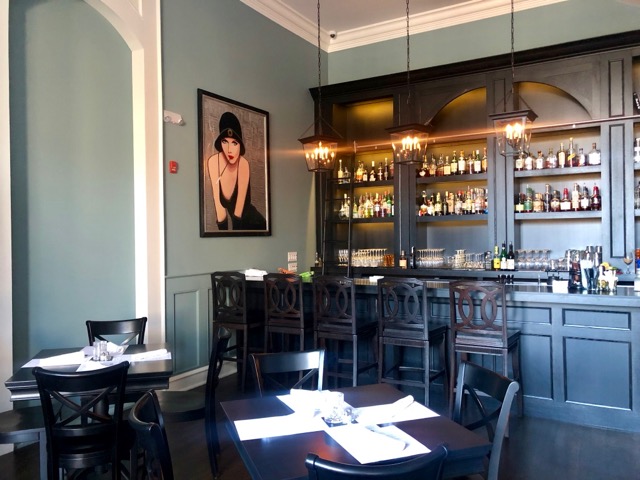 Four new pieces of art by Georgia artist Jeff Williams grace the walls throughout the venue.

That includes a spacious dining area on the second floor. 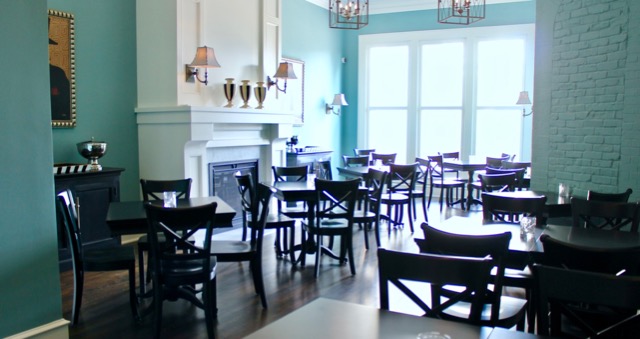 The room, which features floor-to-ceiling windows and a fireplace, is currently being used as an active dining area. However, once construction is completed on the original Buckley's restaurant, it will be used primarily for special events. 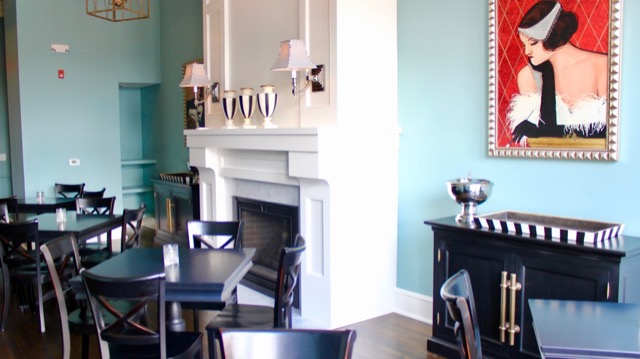 Pam, who also gained a brand new pastry kitchen on the second floor of the restaurant, says she’s also looking forward to working with her daughter Shannon Seth, who will take on the role of pastry assistant for the restaurant, lending a hand in creating the mouthwatering carrot cakes and pastries for which Buckley’s has developed a reputation.

A new chef and more Buckley's to come

Buckley’s will also reopen with a new chef at the helm. Van Luu, a chef whose experience includes work with Charlie Trotter in Chicago along with posts at Bartolotta’s Lake Park Bistro, Bacchus and, most recently, Locavore at Potawatomi Hotel & Casino, joined the kitchen team at Buckley’s in early December, where he trained with former chef, Thi Cao, who departed Buckley’s at the end of 2018 to devote his time to the opening of Wild Roots, 6907 W. Becher St.

The menu at Buckley’s is likely to remain the same for the meantime. However, Luu is expected to introduce numerous new dishes in the next month or so.

For the next few months, dining will take place entirely in the new portion of the restaurant while the former dining area, bar and kitchen are renovated; plans include new paint, flooring and a bit of reconfiguration.

Britt Buckley says the former kitchen will be gutted beginning next week. It will then be transformed into additional dining space. The former exterior windows on the north side of the building will open up to visually connect the two dining areas, creating a space that’s cozy but not isolated.

Watch OnMilwaukee for updates as they become available.