It's hard to believe it's been 10 years since Buckley's opened. And soon there will be more of this beloved Juneautown restaurant to love.

It’s hard to believe it’s been almost 10 years since we announced the arrival of Buckley’s Restaurant & Bar at 801 N. Cass St. The warm, cozy restaurant with its richly colored walls, cozy bar and intimate seating has become a staple of fine cuisine in the city. And now it’s on the cusp of a major expansion which will virtually triple its size.

Since Buckley’s was established in 2007, the area around Juneautown in Downtown Milwaukee has experienced myriad changes. And it’s a phenomenon few have watched more closely than owner, Mike Buckley. 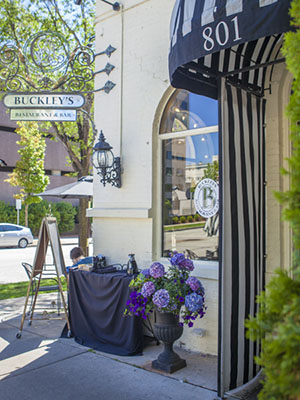 Despite setting his sights on Downtown, Buckley landed first in Riverwest, where he operated a bar on Keefe Ave. for seven years before taking a break to spend time with his family.

But, as sons Britt and Taylor came of age, they expressed interest in learning more about the bar and restaurant business. So, Buckley made the decision to open Buckley’s restaurant with his wife Pam in 2007. This time, he settled in Downtown.

These days there are brand new high rise apartments and condos being built, along with Northwestern Mutual’s 32-story tower – development that will bring thousands of  additional people to the area on a daily basis.

"Not only are all the condos filling in, but it’s just getting to a point where people want to be here," says Buckley. "Milwaukee is really at a crossroads. We’re making progress in stem-cell research and high tech. Okanjo is here. You have heavy industry that’s still doing well … and then we’re the freshwater capital of the universe. To be a part of this Renaissance, it’s huge."

The Renaissance for Buckley’s, which is expected to begin early next summer, will include expansion into the building next door to the restaurant, opening up new square footage which will be used to expand the kitchen and dining room. The basement of the buildings will also be built out to accommodate a new prep space and additional storage. 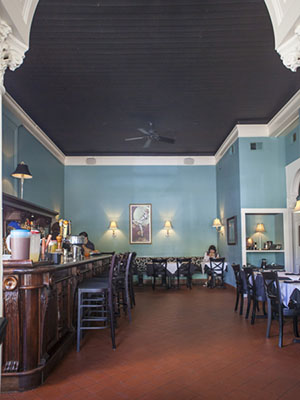 Currently, Buckley’s accommodates about 45 people in its intimate dining area and bar, along with another 25 on the outdoor patio. The expansion will increase that number to nearly 200, providing more diners the opportunity to experience delicious cuisine and Buckley family hospitality.

"I have no desire to live or do business anywhere else," says Buckley, who says part of the impetus for the expansion is to assist the city in becoming even more of a destination for dining. "Milwaukee is a great place to live and eat. And there’s no reason why we can’t be one of the premiere spots for dining in the Midwest."

Buckley is genuinely excited about the changes.

"Here I am, skinny little kid from Lawrence, Mass.," he says. "And I stand back and take a look at this, and I pinch myself."

Stay tuned to OnMilwaukee.com for more details on the expansion as they become available.