Although it doesn't have the history of the Celtics-Lakers rivalry, the Bucks and Celtics are brewing one of the East's top rivalries with games that are always fun to watch. Take, for instance, Thursday night's game.

Just past the midseason mark, the Milwaukee Bucks entered Thursday night’s matchup against the Celtics with the league’s best record and with a 7 and 7.5 game lead over the East’s second and third place teams – both of which handed the Bucks one of their rare losses earlier in the season and one of which shared a roof with the Bucks on last night.

So while Milwaukee is sitting pretty at the top and can essentially coast to a number one seed in the Eastern Conference, the Bucks still had plenty to play for against Boston, hoping to wipe their memories clean of their 116-105 loss at the TD Garden in October.

That's not to say that the Celtics weren’t also seeking some revenge of their own, as the Bucks eliminated Boston from the Conference Semifinals last season, winning four straight games after losing the series opener. Although it doesn’t have the history of the Celtics-Lakers rivalry, the Bucks and Celtics are brewing one of the East’s top rivalries with games that are always fun to watch.

The Bucks are off to their best start in franchise history, and as it stands today, the Celtics are one of the few threats to Milwaukee’s road to the NBA Finals in 2020.

Here’s our breakdown of the Bucks’ 2019 Conference Semifinal rematch against the Boston Celtics by the numbers:

7.5: Game lead in the Eastern Conference

After handing the Celtics their 13th loss of the season, the Bucks have increased their lead in the conference to 7.5 games over the second-place Miami Heat. Milwaukee now leads Boston by eight games, who are currently the third seed in the East. Anything can happen, but if Coach Budenholzer’s Bucks were to lose the top spot in the conference by the time playoffs come around (even with 38 games to go), then they probably wouldn’t be the serious contenders that their fans know them to be. 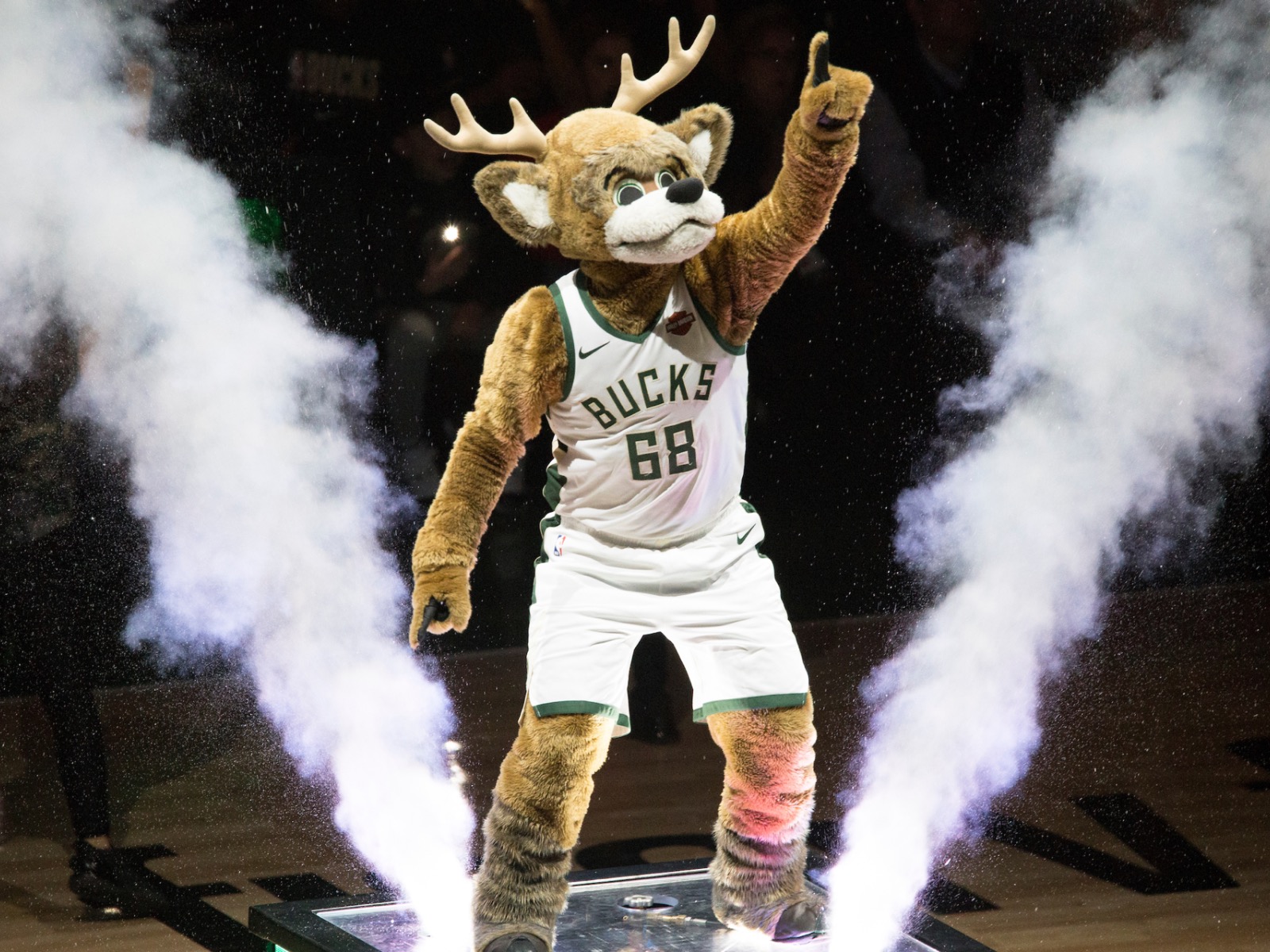 With their five-point win over Boston, the Bucks raised their win total to 37 games, having now won over 86 percent of their games this season. Not only is this a record-breaking start for the franchise, but the Bucks are currently on pace to be one of only three teams to reach the 70-win milestone in the regular season, potentially joining the 2015-16 Golden State Warriors and Michael Jordan’s 1995-96 Bulls. But like those teams, the Bucks care much more about winning their last game of the playoffs than winning a milestone number in the regular season.

It was a cold Thursday night, but the city still came out in big numbers to cheer on the home team. Over 17,000 fans passed through the turnstiles last night to help create a playoff atmosphere in the middle of January. The sixth man needs to be in its top condition come playoff time to reward the Bucks if and when they lock home court advantage – and it certainly was last night. 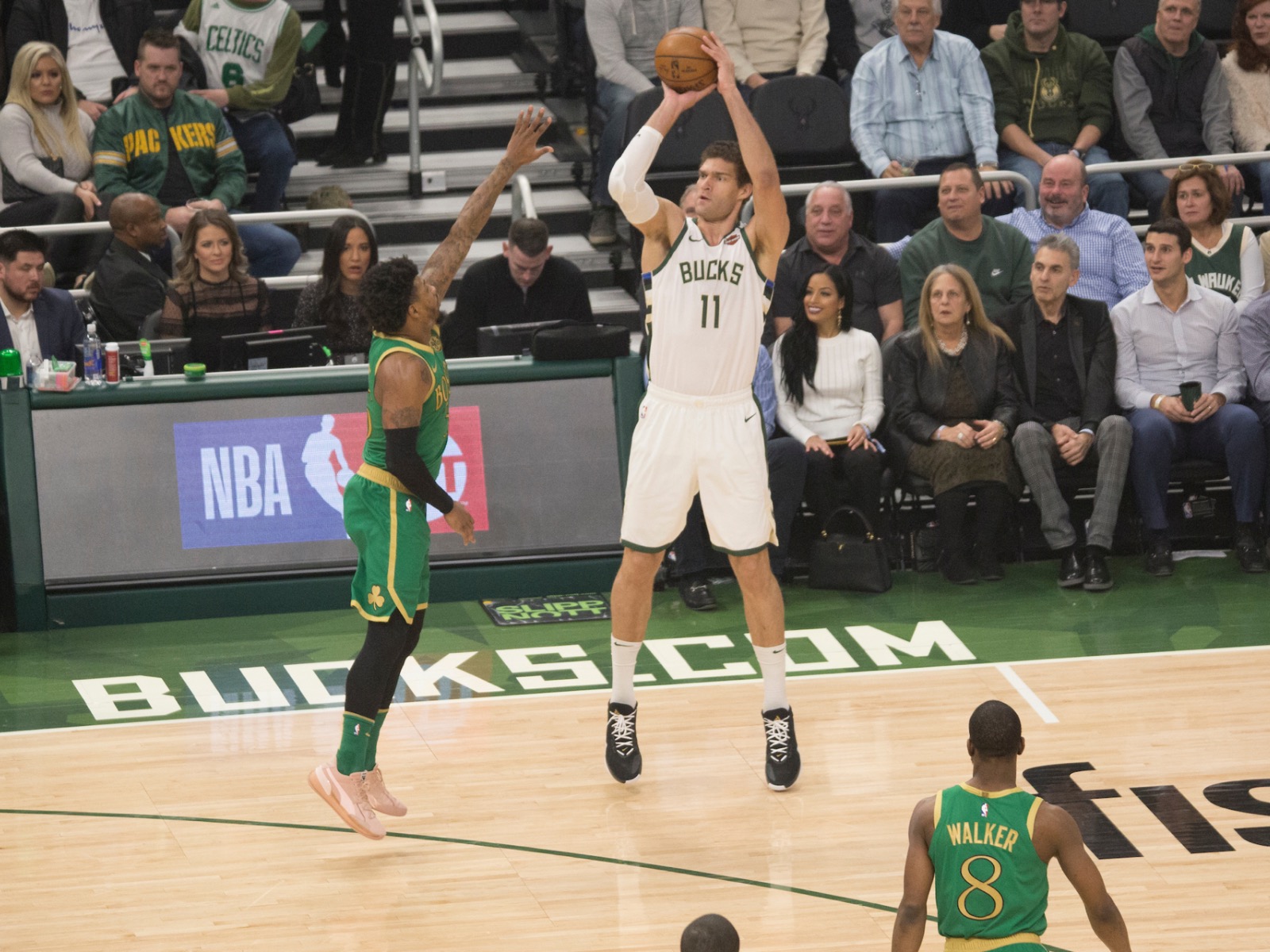 76: First half points for the Bucks

To no one's surprise, the Greek Freak put up another impressive statline. Leading all Bucks scorers with 32 points, Giannis also finished the night with 17 rebounds and seven assists. Antetokounmpo put up a mediocre 22 points during the Bucks’ last game against Boston in October, so it’s no surprise he bounced back and put the team on his back last night.

With less than half of the season left to go, the reigning MVP is the favorite to take home the trophy for a consecutive year. Giannis added a three-point shot to his massive arsenal of weapons, is having a better season than last year and is leading an even better team into the postseason. 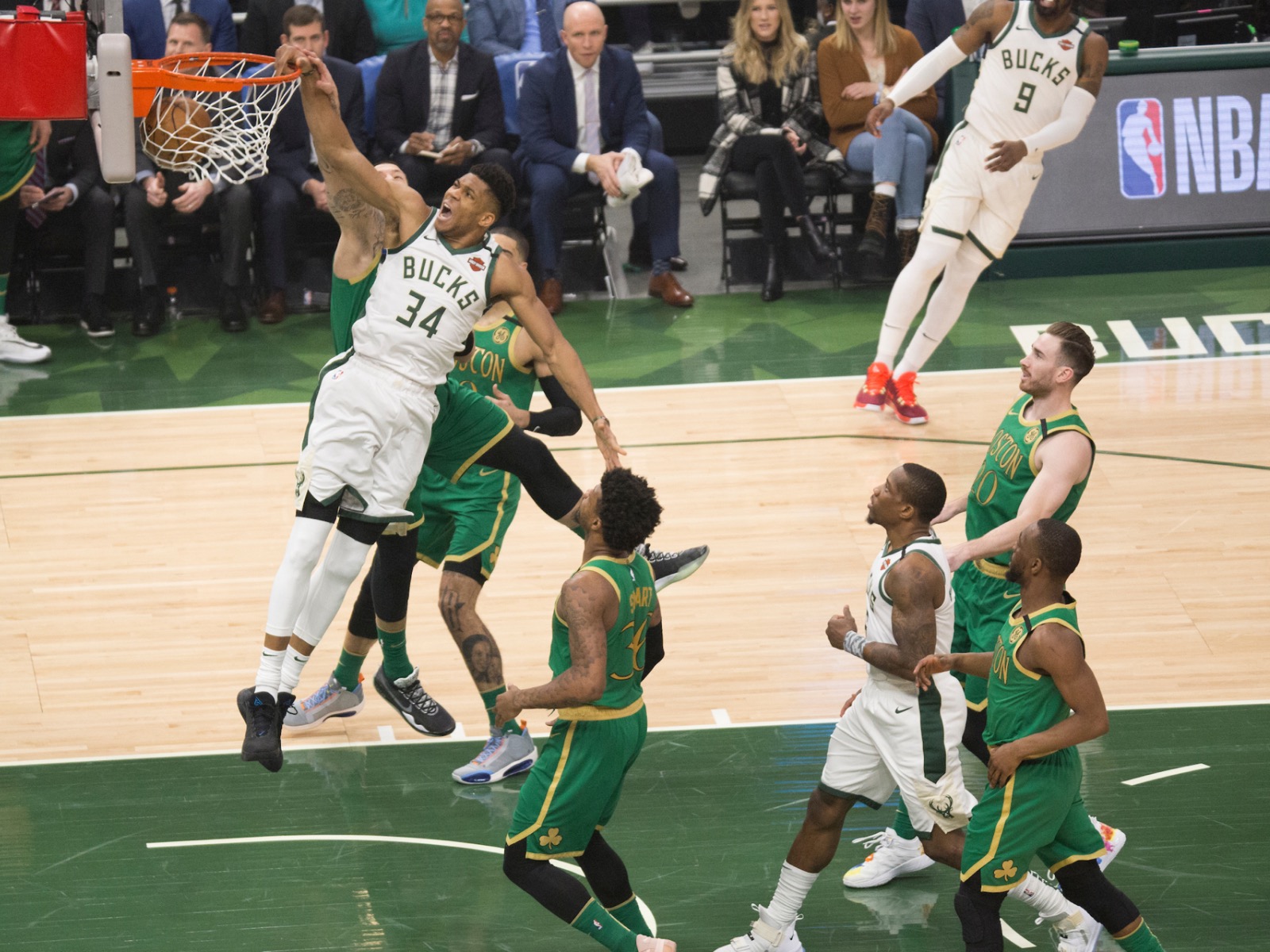 17-3: Scoring run in the third quarter

Many will tell you that basketball is a game of runs, and without the Bucks’ impressive scoring run in the third quarter – just as the Celtics were making a comeback – last night’s game could have went in a different direction. To the fans’ delight, Milwaukee went on a 17-3 scoring run, highlighted by big plays from George Hill, Khris Middleton and more. From that point on, the Celtics were trying their best to play catchup in the fourth, but Jayson Tatum and company couldn’t match the performance with a big run of their own.

Kemba Walker was the Bucks’ kryptonite during their last meeting, and last night was more of the same. The former Charlotte Hornet put up 32 points for his new team when the Celtics defeated the Bucks just over a couple of months ago. Despite a losing effort, Walker outdid himself on Thursday night with 40 points, but it wasn’t enough to upset the Bucks on their home floor. If the Bucks and Celtics meet in the playoffs for a third straight year, finding an answer to Kemba Walker will be huge. 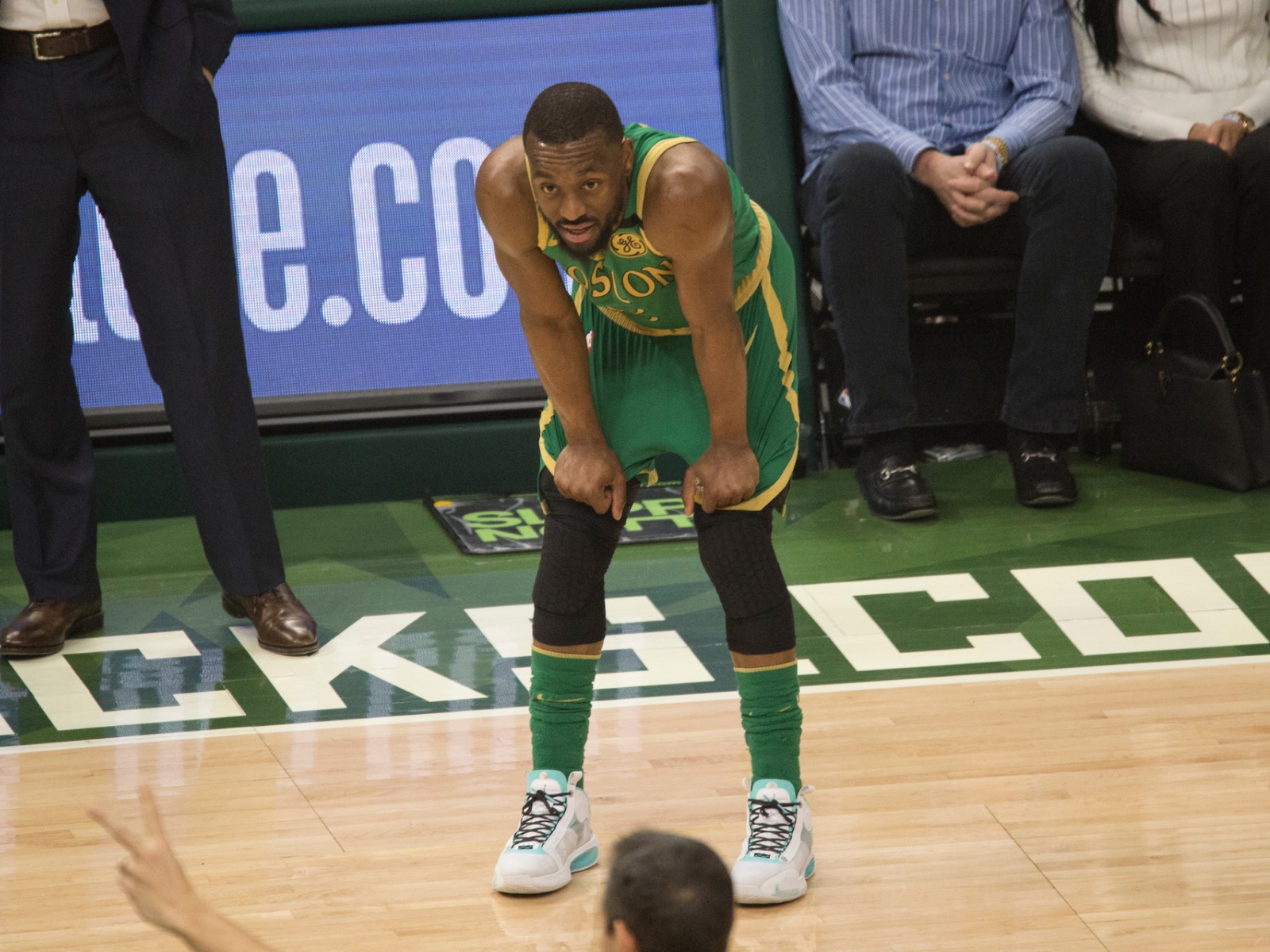 1-3: Against their biggest threats in the East

Wins aren’t hard to come by this season, but last night’s win against a rivaled and legitimate competitor felt a little bit better than some of the rest. Of course Bucks fans can’t celebrate too hard just yet. Despite holding the best record in the entire league, with Thursday night’s victory, the Bucks are still only 1-3 against perhaps their three biggest competitors in the conference: the Celtics, Heat and 76ers. Still, Milwaukee is the heavy favorite to come out of the East with the monumental season they are having thus far.

92: Days until the playoffs

As you can tell, the Bucks have no plans to simply coast through the remainder of the regular season, even with a massive lead in the Eastern Conference. While Coach Bud surely will limit Giannis’ minutes whenever possible to keep the MVP fresh and rested for the playoffs, you can bet that the Bucks are going to go out and try to win every game from here on out.

In that same breath, the regular season means very little come playoff time. With just one upset victory, an eight seed can steal home court advantage over the best team in the league, so you can wipe the slate clean in just a few short months. The NBA playoffs are a whole different animal, so we’ll all have to be patient until then.

This just may be the year for the Milwaukee Bucks, so April 18 can’t come soon enough.