After making headlines with his high flying alley-oop in the NBA All-Star game, Giannis and the Bucks returned home to kick off the rest of the regular season. And what better way to return than with a matchup of two of the hottest teams in the East?

After making headlines with his dominating performance and high flying alley-oop in the NBA All-Star game, Giannis Antetokounmpo and the Milwaukee Bucks returned to Fiserv Forum to kick off the second half of the regular season.

And what better way to return from the All-Star break than with a matchup of two of the hottest teams in the East? A rematch of the Bucks’ dramatic playoff exit from last season, Milwaukee hosted the Boston Celtics on Thursday in a playoff atmosphere, hoping to win the regular season series against their 2018 rivals.

A lot has changed since the Bucks’ Game 7 loss in Boston last year, and tonight was evidence of just that. A healthy Kyrie Irving and the luck of the Irish wasn’t enough for the Celtics to overcome the matchup problems that the Bucks present, as Milwaukee defeated Boston by just a single point.

Here are our seven midseason takeaways from the Bucks’ narrow win against the Boston Celtics: 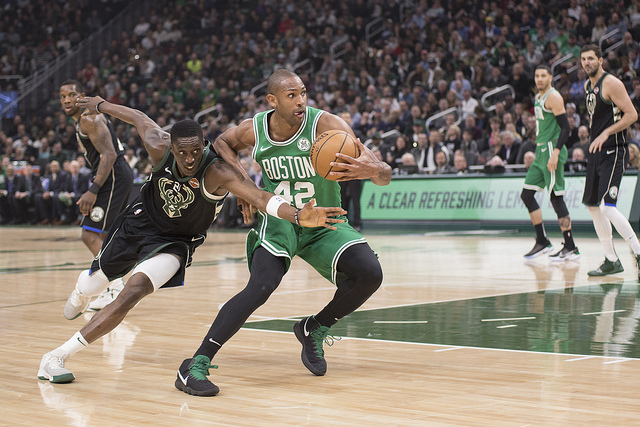 Wounds are still healing from the Bucks’ dramatic Game 7 loss against the Boston Celtics in the first round of the 2018 NBA Playoffs. Lucky for the Bucks though, this is a new season, a new year and, in many ways, a new team.

The Bucks were just one game away from pulling the upset as the #7 seed last year. Taking the series to a seventh game against arguably the best team in the East, the series was a moral victory – but left many wanting more.

Fast-forward to Feb. 21, 2019 and the Bucks own the best record in the NBA, while the Celtics have regressed, despite the addition of a healthy Kyrie Irving and Gordon Hayward for the majority of the season.

While the Celtics are certainly one of the hottest teams in the East right now and returning to their 2018 ways, winning 12 of their last 15 before Thursday night, the Bucks are no longer the underdogs. With last night’s dramatic win, the Bucks won the three-game regular season series with Boston and we like their chances in a seven-game series if they meet again in the playoffs, but this time with a home-court advantage.

2. Brad Stevens doesn’t have an answer for the Greek Freak 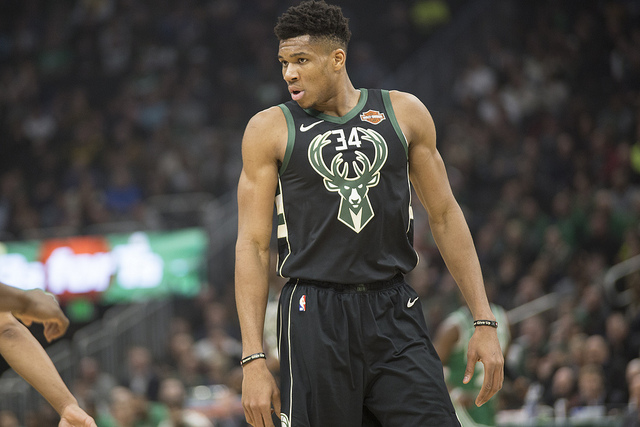 Like most teams, head coach Brad Stevens and the Celtics can’t seem to find an answer to the Greek Freak. Giannis is having an MVP season, and his success over Boston is a staple in most of their matchups.

Thursday night was no exception to this trend. Leading the NBA’s best team, Giannis added 30 points and 13 rebounds to his MVP campaign. It was no secret to the Celtics that the Greek Freak would get his touches, but it didn’t matter; Boston couldn’t stop him. 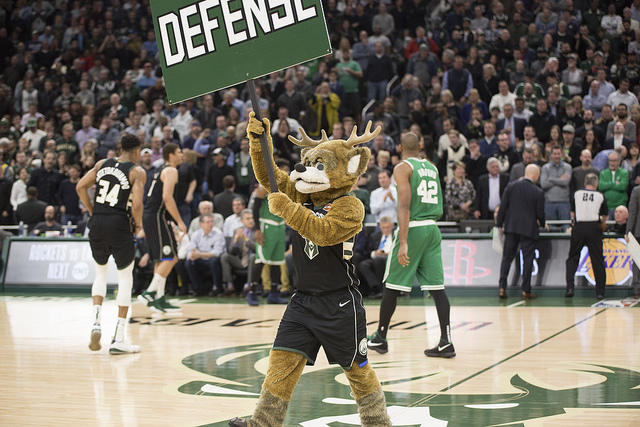 Home-court advantage is big for any team, and it’s been especially huge for the Bucks this season. While the Bucks have a great record on the road too, Milwaukee is now 24-5 at the Fiserv Forum this season.

That advantage is only going to get more important come playoff time. The home-court was the true difference maker in the playoff series with Boston last season, as the home team took home the W in all seven games.

Although Coach Budenholzer wouldn’t necessarily like to see the Bucks in a seven-game series in the opening round, he can take comfort in knowing that if the Bucks hold on to their current position, any potential Game 7 would have to go through the Fiserv Forum, a place where the Bucks have never lost a playoff game in their franchise history. (Don’t mind my very misleading stat.)

4. Nikola Mirotic is a great fit in Milwaukee 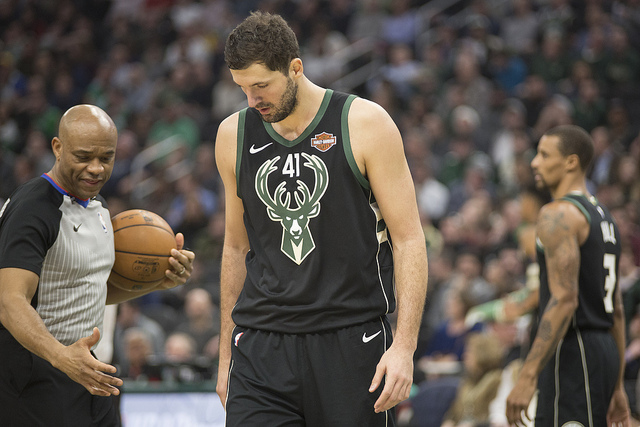 Although the Bucks are tied with Boston for the second most three-point field goals made per game (13.1), there is still room for improvement.

In fact, the above stat is fools gold in many ways and a result of the high number of tthree-point attempts per game. When it comes to three-point percentage, Milwaukee ranks 18th – but the team might have found the answer to improve that number.

Moments before the trade deadline, Milwaukee dealt away Thon Maker for Stanley Johnson, who, with the help of some future draft picks, they then turned into PF Nikola Mirotic from the New Orleans Pelicans. Mirotic is in the top 10 for three-pointers made per game, is average career highs in points and rebounds, and his long-range shooting percentage is solid.

Thursday was the first chance to see Mirotic in a Bucks jersey, and he did his part to help the team win with two clutch three-pointers in the close game. Only time will tell, but the Mirotic trade looks like it may pay off. 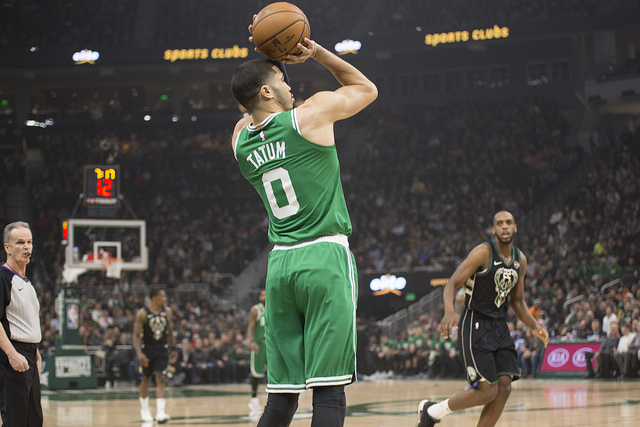 While Kyrie Irving stands out as the face of the Boston Celtics, the Bucks’ focus has shifted to contain another former Duke Blue Devil.

Jayson Tatum is a rising star and, along with Giannis, was one of the most talked about players during the 2019 All-Star weekend after winning the event’s Skills Challenge.

The Bucks limited Tatum to 17 points on Thursday night – and they won’t want to give him anymore if they meet again in April or May.

6. The Bucks play their best against the best 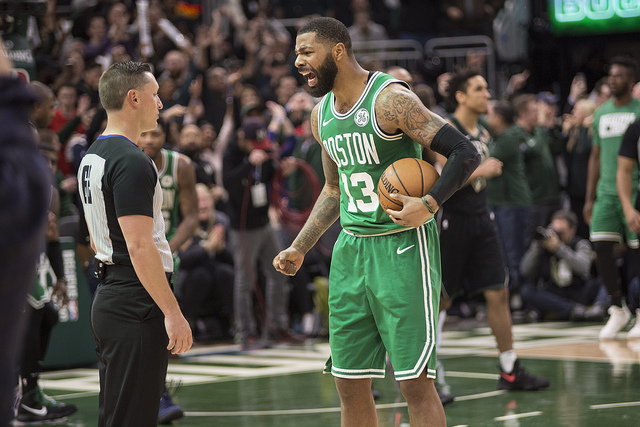 With Thursday’s win, the Buck’s success against the top teams in the East continues.

When facing the top four teams in the Eastern Conference (not including themselves), the Bucks are a combined 8-3. Milwaukee has now won two of three against Boston and Indy, are 1-0 against the 76ers and won three of four against the Raptors, who are right behind Milwaukee in the standings.

It’s one thing to beat up on the bottom teams who are tanking games in hopes to draft Zion Williamson; it’s another to succeed against the teams you’ll be facing in the postseason.

7. The East is the Bucks to lose 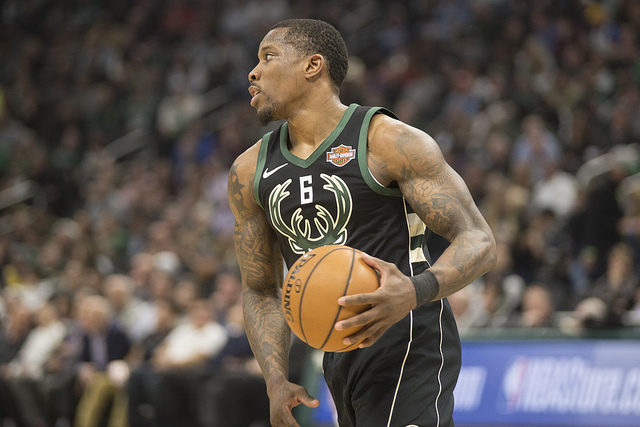 Thursday night was yet another statement win that tells the league that the Milwaukee Bucks are the real deal. The Bucks currently hold a 1.5 game lead over the second-seeded Raptors, and while Toronto has the most favorable strength of schedule in the league, the Bucks will also have an easy road in the next couple months, with the 26th ranked remaining strength of schedule.

With the NBA’s best record, an easy schedule ahead, a two-game lead in the loss column relative to Toronto and the head-to-head tie breaker, the East is really the Bucks to lose for the remainder of the season.

If the Bucks ride their momentum from the first half of the season and Giannis continues to have an MVP-caliber season, there is no reason the Bucks can’t lock home-court advantage for the entire playoffs.