Another new Bucks alternate jersey was unveiled - and it looks awesome

Just when you started getting used to the Bucks' highlight-bright MECCA-inspired alternate jerseys, they bring out another new one.

Editor's note: This article originally ran Dec. 12, 2018. Only applicable links have been updated.

Just when you started getting used to the Bucks' highlight-bright MECCA-inspired alternate jerseys, they bring out another new one.

The Bucks unveiled a new fifth jersey, called the "Earned" uniform, this morning. Shortly before the announcement, the look was leaked courtesy of pro uniform expert Paul Lukas, who tweeted out this photo of the then-supposed fifth Bucks jersey.

EXCLUSIVE: A source tells me that this will likely be the Bucks' new "Earned" uniform, set to debut on Dec. 25. pic.twitter.com/Oeg2n0Cjc9 — Paul Lukas (@UniWatch) December 12, 2018

And now that it's official, here are some cleaner looks at the Earned uniform courtesy of the Bucks. 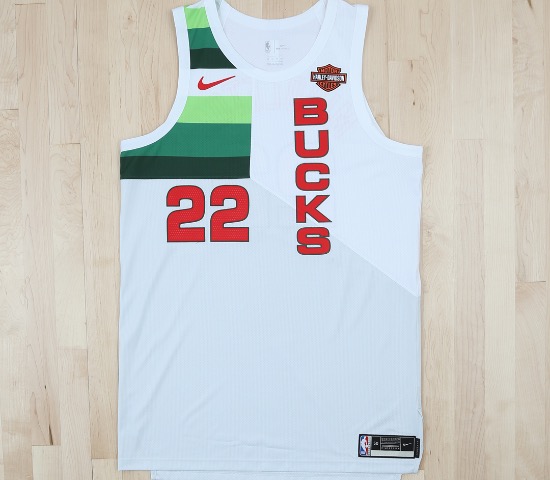 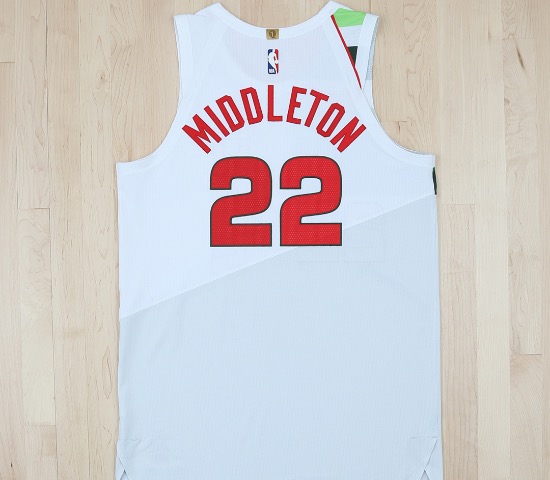 For those who are very confused, the Earned uniform is a special fifth jersey exclusively for the 16 teams that made the NBA playoffs last season. That's not to be confused with the City Edition uniforms (aka the yellow MECCA look) which each team gets and redesigns every year as an occasional alternate. And that's not to be confused with the Statement jerseys (aka the black big deer look), which is a fancy name for what used to be called the regular alternate uniform. And then there's the classic home and away looks (aka green and white for the Bucks), which were renamed "Association" and "Icon." That should help clear everything up. 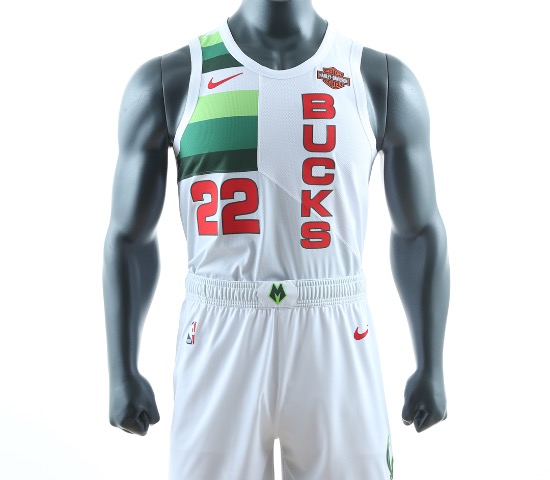 But what's not confusing is that these new Bucks Earned uniforms are ... pretty awesome! The off-center design is about the same as the City Edition, but the big, bold MECCA colors have been traded out for a dash of the famous Irish rainbow look and a bright splash of red font. And it's super cool. Maybe a little more plain than their sunglasses-required City Edition kits, but it's still an eye-catching and exciting modern take on an old jersey, one that feels new and hip while keeping a sense of the classic.

But we'll see how they look on the court; the City jerseys, after all, looked terrible until I saw them in action ... and winning. Everything looks better when it comes with a W.

According to Lukas – one of the popular jersey experts in the field, with his Uni Watch column often appearing on ESPN – and now confirmed by the Bucks, these beauties will make their debut on Christmas Day against the New York Knicks. In this case, Christmas truly came early.