The Milwaukee Bucks today released a set of renderings of the entertainment block that will be constructed adjacent to the new downtown arena in conjunction with the submission of detailed plans for the development to the city.

This new entertainment block, which will span North 4th Street between West Highland Avenue and West Juneau Avenue, is a central element of the master design plan for the new arena and surrounding development, and will feature an active space designed for year-round community use featuring a mixture of dining, entertainment and retail activations. The block will serve as an important connection between the new arena and existing commercial activity along Old World Third Street. 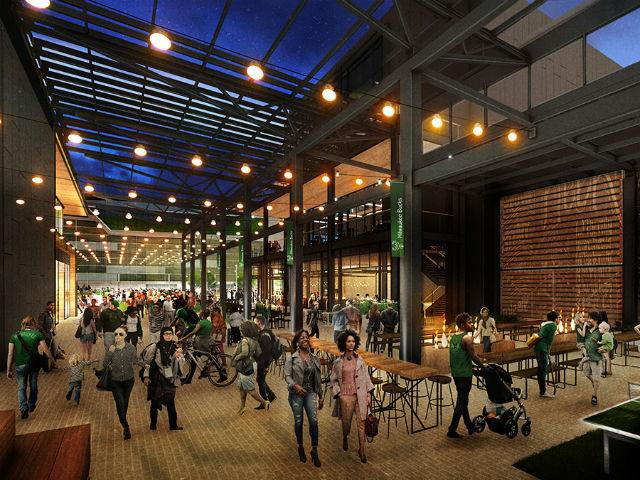 "This new space will be a transformational addition to the community and a year-round hub for activity in downtown Milwaukee," Bucks President Peter Feigin said. "Our ownership had a bold vision for a flexible space that will connect the neighborhood, spur additional development and empower additional local businesses to partner with us in revitalizing this portion of the city. Our fantastic design partners on this project have brought that vision to life and we’re beyond excited to see this project taking shape."

"The design of the entertainment block strives to connect the surrounding community, acting as a catalyst for the development and evolution of the district and downtown Milwaukee through an active and inspiring environment for people to live, work and play in the heart of the city," said Matt Rinka (Rinka Chung Architecture), Sasha Zeljic (Gensler) and Jereck Boss (Office of James Burnett).

The design for the entertainment block aims to create a new urban destination in Milwaukee that will drive activity downtown while celebrating the city’s unique local and regional experiences. At the center of the project is a large public plaza, which will serve as a "living room" for the city and be activated year-round by a wide-ranging scope of events that could include farmer’s markets, outdoor concerts, festivals and even a seasonal skating rink. The space also includes a promenade along the arena featuring public art, gardens, a signature water feature and event lawns. 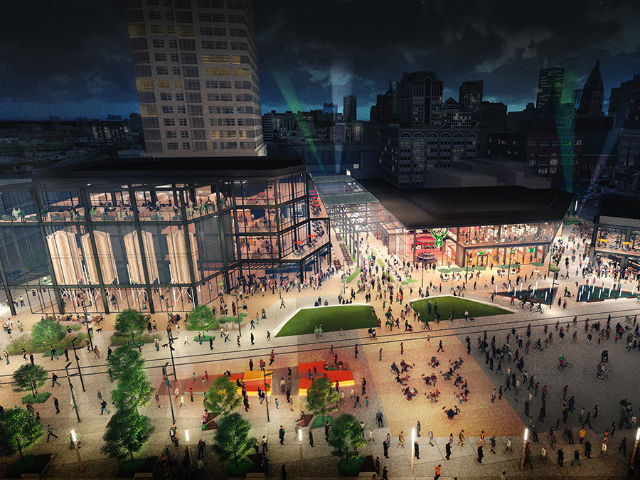 The series of structures incorporated into the entertainment block design will cater to a variety of dining, retail and entertainment activations, including a year-round beer garden and an outdoor media wall in the covered pedestrian walkway that will link the arena with Old World Third Street. The block is designed to promote activity both at the pedestrian level as well as vertically through balconies, terraces and rooftop spaces. The overall architecture of the project is envisioned as a modern interpretation of the industrial history of the city, with exposed steel, aluminum, wood and brick all featuring prominently in the design.

The entertainment block will be adjacent to the new Milwaukee Entertainment & Sports Center, the centerpiece of an ambitious development project spearheaded by Bucks ownership to transform 27-acres of mostly vacant property into a vibrant retail and entertainment district in the heart of downtown Milwaukee.

Scheduled to open in fall of 2018, the 714,000-square foot arena will be home to Milwaukee Bucks basketball and countless sports and entertainment events. The new arena was designed by Populous, Eppstein Uhen and HNTB, with Mortenson tabbed to lead the construction of the project. For more information, visit www.wisconsinesc.com. 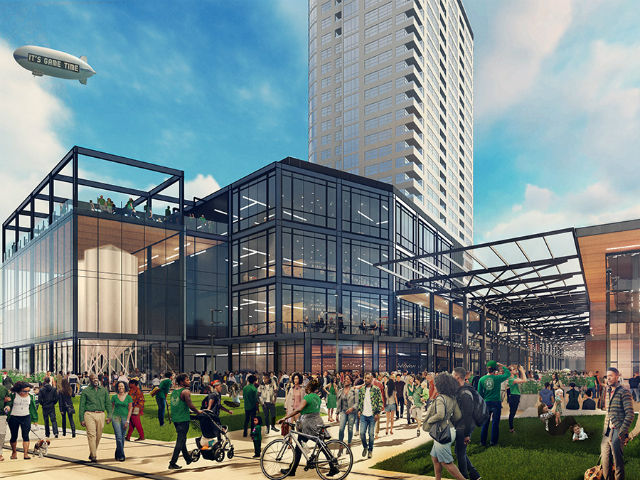