You deserve a day to celebrate and bathe in this rare joy of the Bucks' big Game 5 win last night. But more realistically, you'll spend in bathing in watching the internet dunk on Paul Pierce like he's back on the Brooklyn Nets.

Hopefully, thanks to the Bucks, you're all just now getting out of bed and getting ready for work today.

Last night, shortly after the Bucks' Game 5, series-clinching stomping of the Boston Celtics at Fiserv Forum, Bucks president Peter Feigin and Casamigos Tequila co-founder George Clooney (yes, that George Clooney) tweeted out a letter granting the city a half day of work today, in order to nap off the celebrations from the big win.

Take a half day Milwaukee. You've earned it!!

And in case you're just finding out about this now, maybe still print it out and see if your boss will grant you the half day and let you punch out early. After all, we've earned it. It's been almost 20 years since the Bucks last made the Eastern Conference Finals – and during that time, we lived through trading a future All-Star for a Gary Payton rental, endured a 15-win season, witnessed the lows and literal highs of the Larry Sanders Show, and a whole lot of middling mediocrity in between. You deserve a day to celebrate and bathe in this rare joy.

But more realistically, you'll spend in bathing in watching the internet dunk on Paul Pierce like he's back on the Brooklyn Nets. And you should! He made a very bad, dumb prediction and was proven hilariously wrong! Dunk away!

(Do not, however, spend your newly earned free time mocking fellow ESPN commentator Ryan Hollins, whose only currency for his employer is desperately farting out hot takes removed from facts and reality solely in the hopes of driving hate clicks. ESPN's fourth-string troll, whose best season was averaging 6.1 points per game for a Minnesota Timberwolves team that finished with 15 wins, is not worth your energy and only survives off your oxygen. I've already given him too much time!)

Anyways, here's some of the real good stuff: the internet owning Paul Pierce into oblivion. Soak it all in:

Paul Pierce trying to keep up with all the #bucks fans clowning him right now pic.twitter.com/Bd6T7TSJs6 — Ramie Makhlouf (@RamieIsTweeting) May 9, 2019

Paul Pierce getting ready for the post game show after the Celtics loss pic.twitter.com/H4do4jfzXL

After Boston won Game 1 against Milwaukee, Paul Pierce said "I think it’s over"

The Celtics didn’t win another game after that.

The Bucks are going to the Eastern Conference Finals. pic.twitter.com/4ScnRINqGn — SB Nation (@SBNation) May 9, 2019

The Bucks wasted no time getting in on the fun:

LMFAO BUCKS WERE JUST HOLDING THIS THEN PLAYED IT POSTGAME ON THE JUMBOTRON 😭😭😭 @paulpierce34 pic.twitter.com/ZtvWgN7LQM — MKE Bucks News (@BucksNewsNStuff) May 9, 2019

Things are this bad for Paul: He farted on air and somehow that's not the most embarrassing thing he's done this month.

Anything to say for yourself?

OK, that's enough. We kid because we respect (unlike a certain former UCLA player turned limited-use NBA journeyman). We've had our fun, and now we've gotta go back to napping off the hangover from last night – and preparing for the next series. Underestimate the Bucks at your own risk – and at our supreme entertainment.

Oh, and for some bonus basking in Game 5's glory, and since last's 11 images were a goof, here are some ACTUAL glorious images from last night's glorious game via the great Dan Garcia: 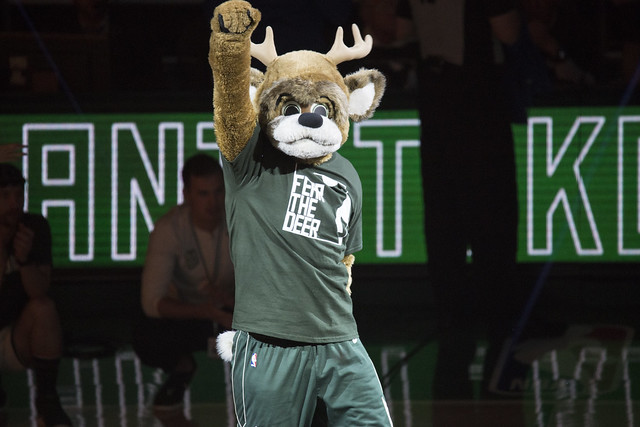 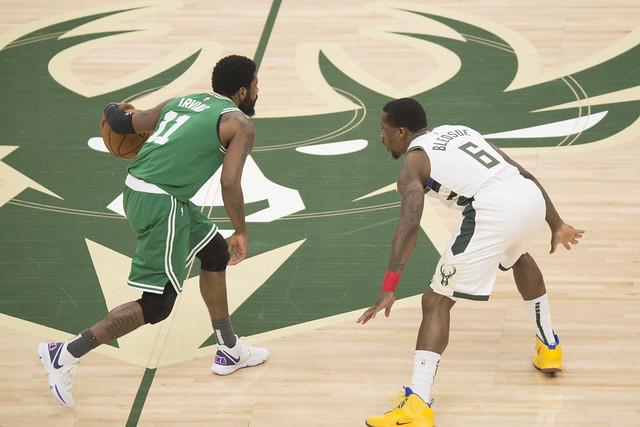 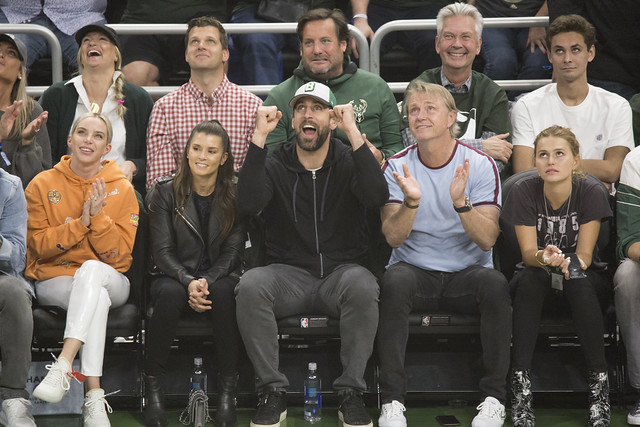 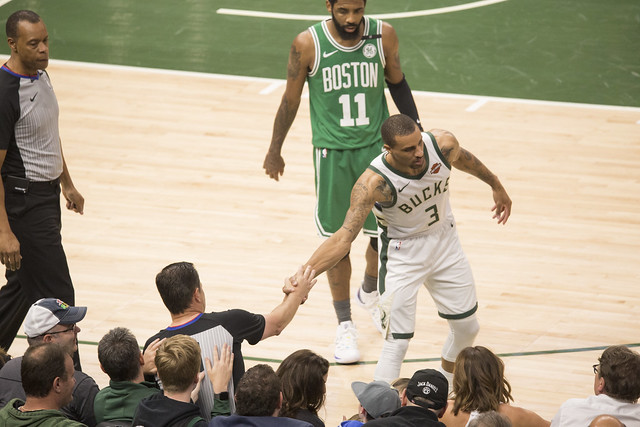 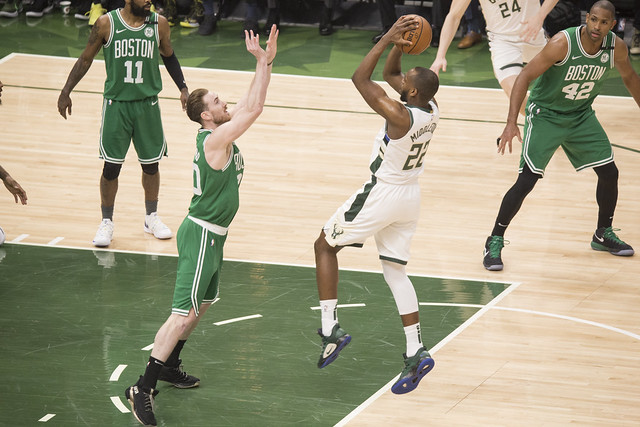 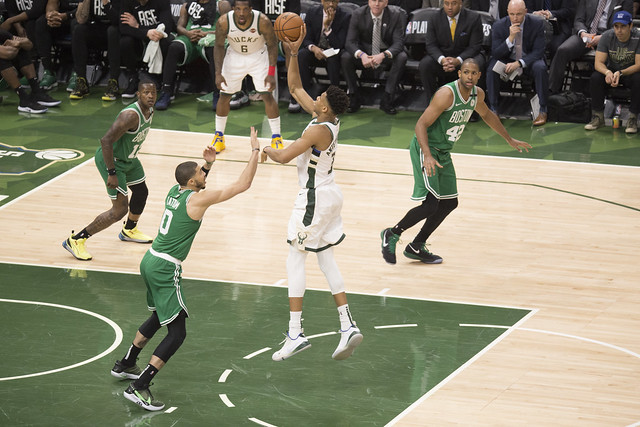 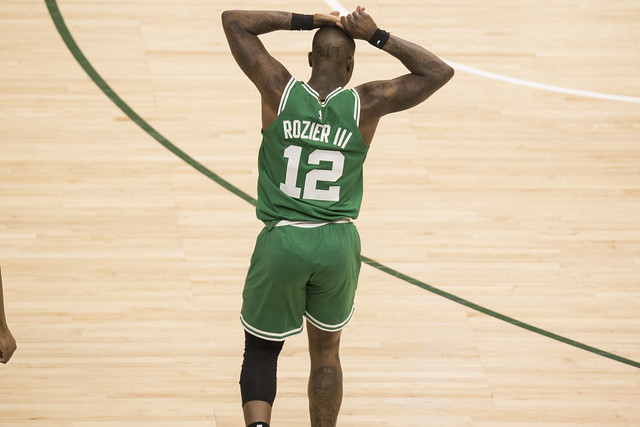 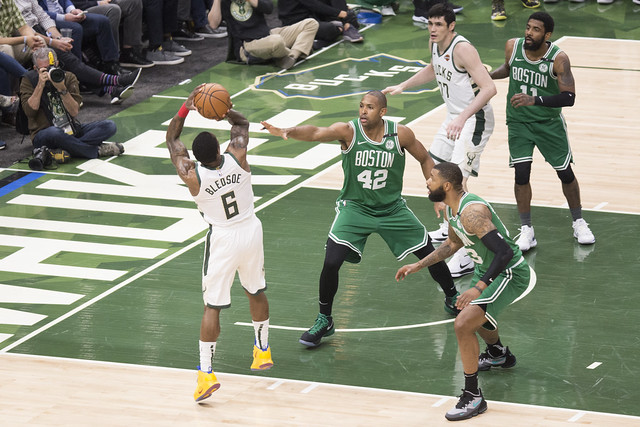 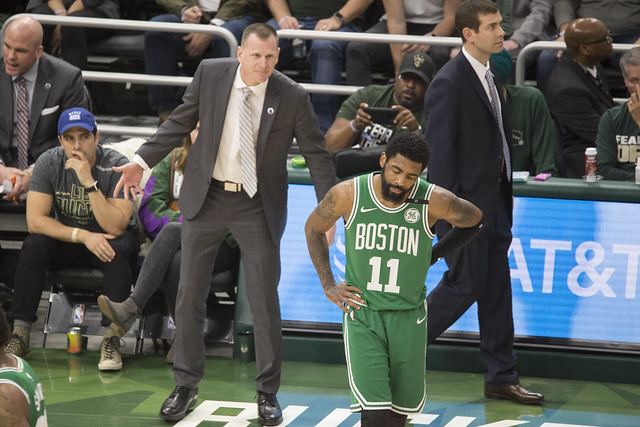 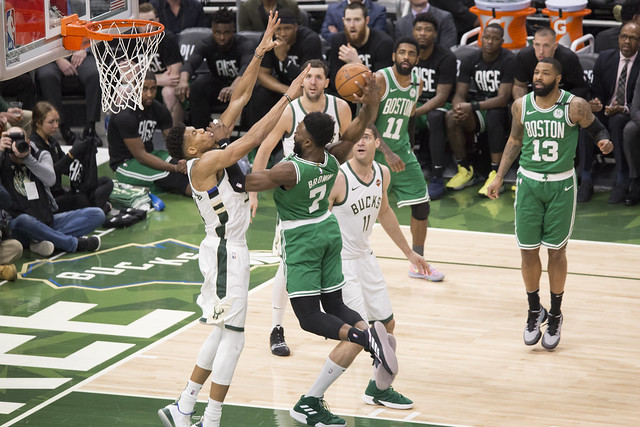