After salvaging some dignity and avoiding the sweep in Game 4, the Bucks couldn't quite make up for the MVP-sized hole in their lineup in Game 5, losing to the Miami Heat, 103-94, and falling short of the NBA Finals yet again.

Welp, that went about as well as could be expected.

Indeed, after salvaging some dignity and avoiding the sweep on Sunday with a gutsy, mostly Giannis-less victory in Game 4, the Bucks couldn't quite make up for the MVP-sized hole in their lineup in Game 5, losing to the Miami Heat, 103-94, and falling short of the NBA Finals for the second straight year.

There will be a lot of questions flying around the Bucks this offseason, from fans and talking heads alike. Will Coach Bud still be in charge of the team? Will Giannis leave Milwaukee? Which members of the supporting cast will stay? (Marvin Williams already announced his retirement.) Again, will Giannis leave Milwaukee? Will we see a system change on offense or defense? AND FOR THE LOVE OF GOD, ESPN CRIES OUT, WILL GIANNIS JUST LEAVE MILWAUKEE ALREADY?!

Well, bad news, ESPN: Giannis has at least one more year in Milwaukee, and he sure sounds like he plans to keep it. As for the other questions, though, those answers will come with time. So for now, let's take one final look back at Game 5.

I'm no doctor – I don't even play one on TV – but this doesn't look great.

Giannis Antetokounmpo arrives at the arena ahead of the Bucks’ Game 5 against the Heat. pic.twitter.com/aUYO6he8bd — Malika Andrews (@malika_andrews) September 8, 2020

Not that anyone who saw the play had high hopes of Giannis playing after his scream-inducing injury, but this pregame clip deflated just about any hopes a fan might've had about seeing the soon-to-be MVP on the court for Game 5.

That's Giannis! On the court! HITTING SHOTS! Could it be!? Do you believe in miracles?!

Indeed, as expected, Giannis sat out the game due to his sprained ankle – a decision any good, compassionate and humane sports fan should easily understand. Hey, remember during last year's playoffs when Kevin Durant was rushed back to the court after a rough injury due in part to pressure from the media and fans, only for Durant to suffer an even worse injury that took an entire season off his career? And then afterwards, the media and fans collectively looked in a mirror and realized the catastrophic impact of their callous expectations on these players' careers? Just remembering that today for no particular reason. Sure would be embarrassing if we forgot those lessons that barely a year later! 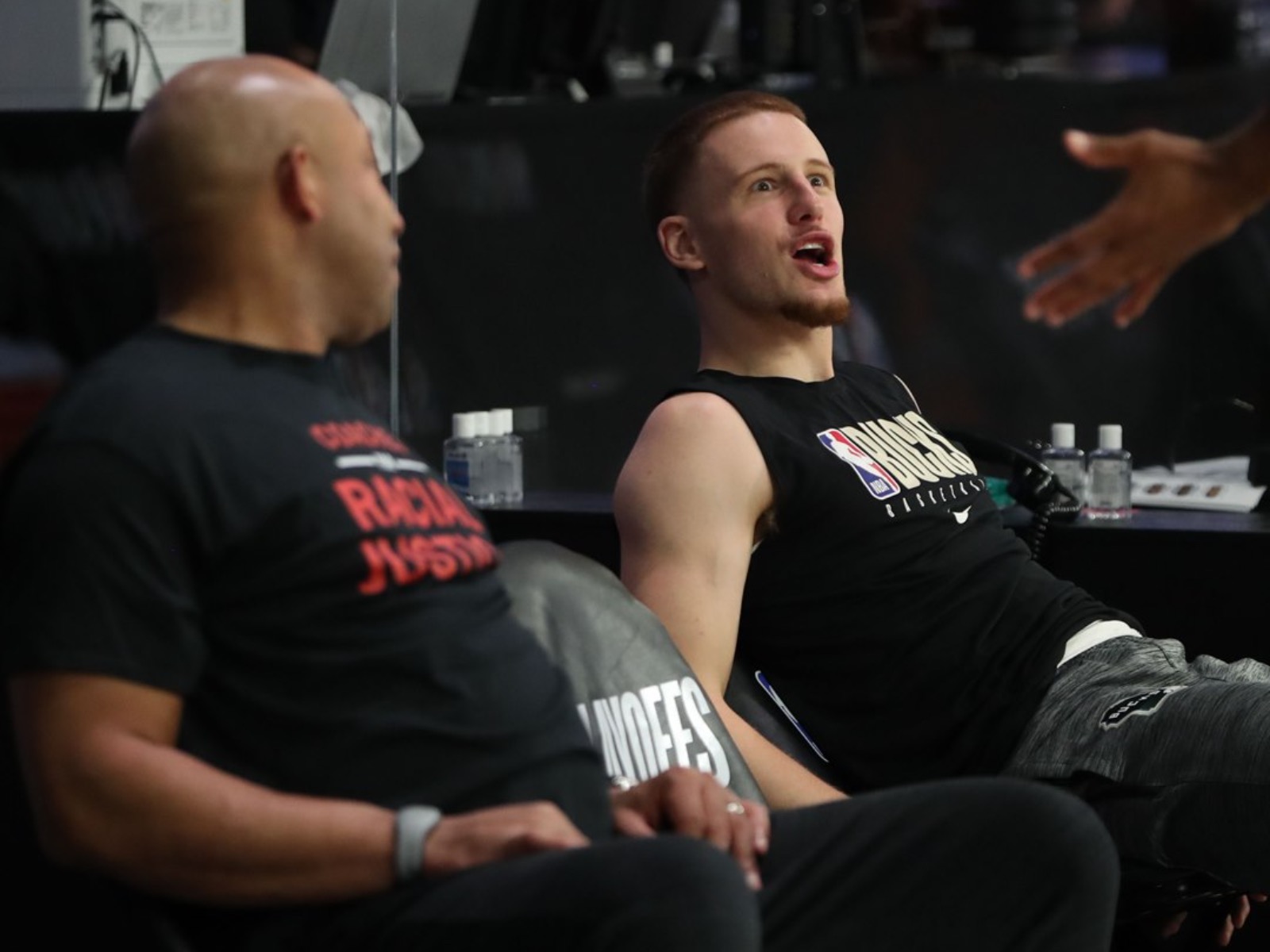 I like to imagine this photo was taken at the exact moment Donte DiVincenzo found out he was going to start in place of Giannis on Tuesday.

Once again, the Bucks' fate was in the hands of Donte DiVincenzo. And you know what? It didn't look terrible. The Big Ragu hit several big threes in the first quarter, looking unbothered by the big game spotlight and helping lead the Bucks to a first quarter lead. Maybe the Bucks weren't venison just yet ...

6. I repeat: DONTE IN THE DIVINCENZONE!

You can place the blame for the Bucks' elimination on many elements (*glares over at Eric Bledsoe's 2-for-12 line*), but you can't blame DiVincenzo, who did his best impression of his vintage Villanova days with 17 points – including going three-of-six from deep. After looking lost for much of this series (he and the entire bench squad), DiVincenzo impressively showed up for Game 5 – and likely locked himself a place on next season's Bucks revenge tour.

At the end of the day, the sad truth is that the Miami Heat were simply the better team this series across the board. Erik Spoelstra was the better, more nimble coach with a system better designed for his competition; the Heat's star, Jimmy Butler, came up clutch when the team needed him to; and Miami's bench was deeper and more reliable. The Heat simply looked smarter and sharper on the court, running their plays and strategies to suffocating perfection, while the Bucks often looked stagnant and stiff. Before the playoffs, no Milwaukee fan was looking forward to facing the Heat – and now we all-too-clearly see why. Here's to never playing them again, please! 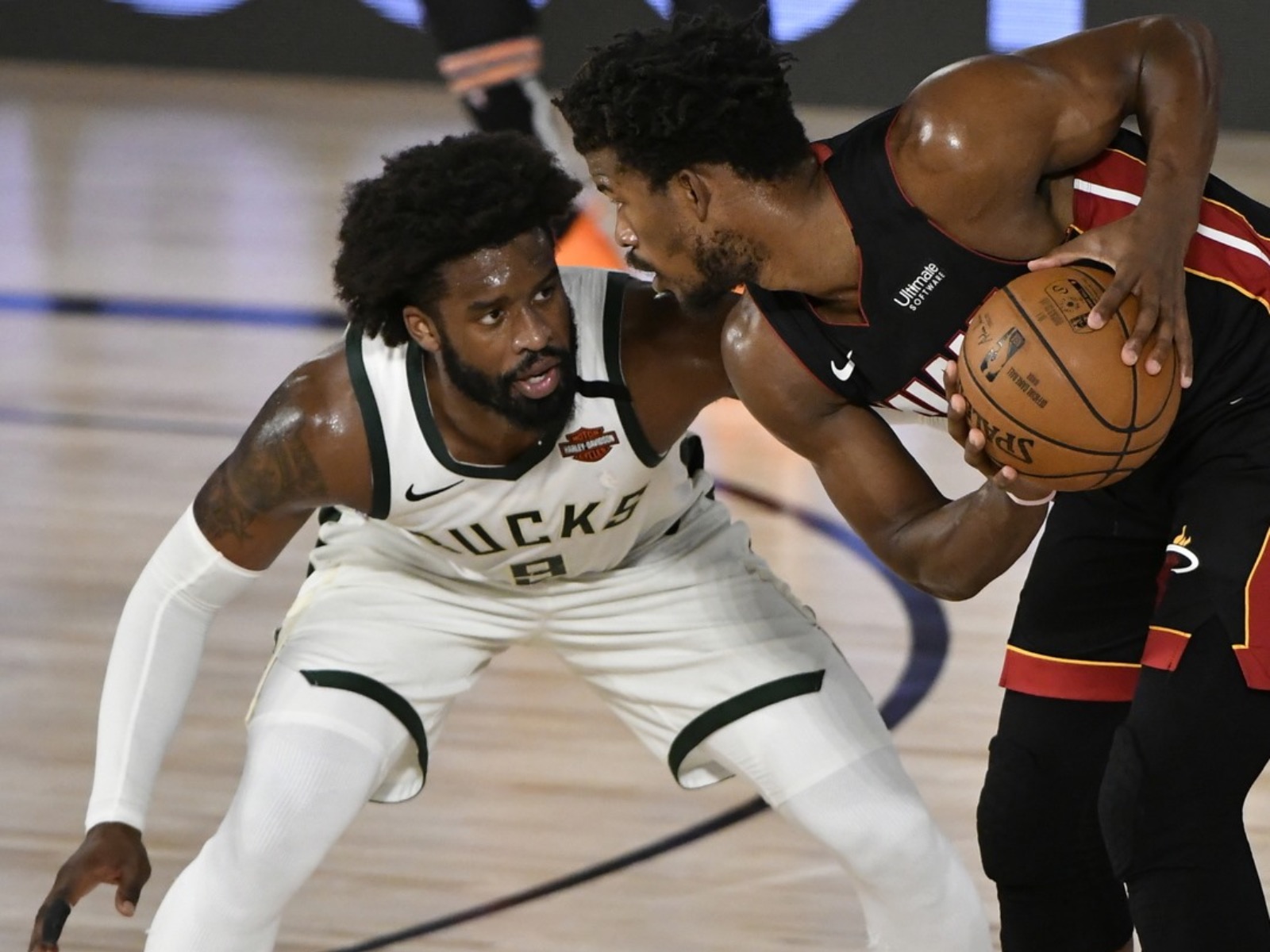 Clearly, the Bucks problem in this series was a lack of Marquette basketball players. Milwaukee just had Wes Matthews (who did his damnedest to lock down the Heat's star all series long) while the Miami Heat had the above Jimmy Butler as well as Jae Crowder. That's two Golden Eagles to just one. An area for improvement next year, to be sure.

Why does 2020 hate Milwaukee so much? Is it lactose intolerant? We're sorry!

"Hopefully, we can build a culture in Milwaukee that for many years we can come out and compete every single year for a championship."

Giannis after being eliminated in the playoffs pic.twitter.com/DjWUnX6ySl — Bleacher Report (@BleacherReport) September 9, 2020

A great soundbite for Bucks fans – and an absolutely devastating one for ESPN. That's weird; according to national sports reporters, I thought Giannis already had his bags packed, his plane tickets bought and punched Bango in the snout because he just had to get out of Milwaukee as urgently as possible. But maybe that's just one quote ...

Welp, sounds like you'll have to keep caring about Milwaukee for at least another year – and perhaps beyond! What a shame! You do hate to see it.