With the Greek Freak putting on a dunk clinic and the Brewers forcing a NLCS Game 7 with their win over the Dodgers, sports fans in Milwaukee had a lot to celebrate on Friday. Here are our seven early takeaways from last night's victory.

Fans were nervous as the Milwaukee Bucks trailed 8-0 against their division rivals, the Indiana Pacers, on Friday night during the team’s regular season home opener. Two consecutive Giannis Antetokounmpo dunks, however, broke the seal and from that moment the Bucks never looked back, dominating the Pacers, 118-101.

With the Greek Freak putting on a dunk clinic and the Brewers forcing a NLCS Game 7 with their win over the Los Angeles Dodgers, sports fans in Milwaukee had a lot to celebrate on Friday.

1. This is still Giannis’ team 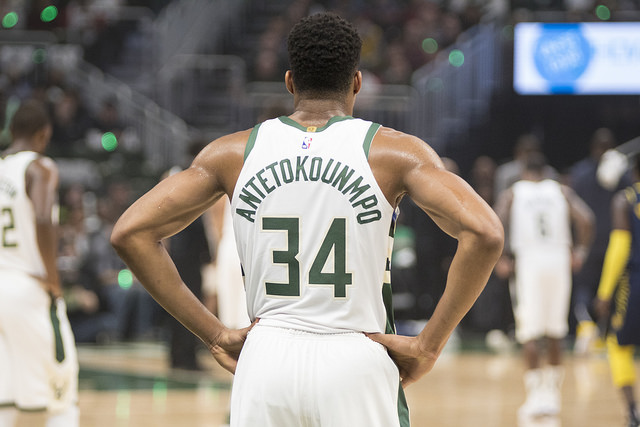 Although Bucks starters like Khris Middleton and Malcolm Brogdon both had good games of their own on Friday night, it’s clear that Milwaukee is still home to the Giannis Antetokounmpo show. Giannis dominated the box score for the Bucks, leading the team with 26 points and 15 rebounds.

For now, the Bucks are still a one-man-show, so unless the team makes a big trade during the season, the rest of Milwaukee’s starters and role players will need to split the responsibility of helping the Bucks improve for the 2018-2019 season, unless someone on the roster has a breakthrough season and emerges as the team’s distinct No. 2 option. 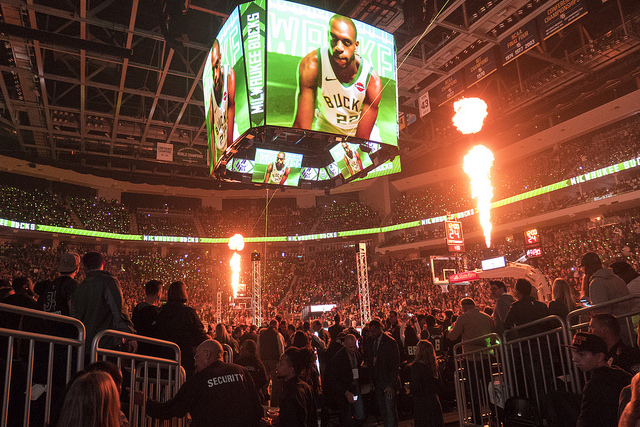 The Bucks haven’t had a 50-win season since the days of Ray Allen, Glenn Robinson and Michael Redd (who was in attendance last night), and that has the potential to change this year as many believe that this year’s team can get over that hump. Although Vegas oddsmakers project Milwaukee to win about 48 games this year, with a 2-0 start, a dominating win against a talented rival and Giannis on your roster, 50 wins is certainly possible.

If the Brewers can exceed expectations of oddsmakers this year, so can the Bucks.

3. Coach Budenholzer is picking up the pace 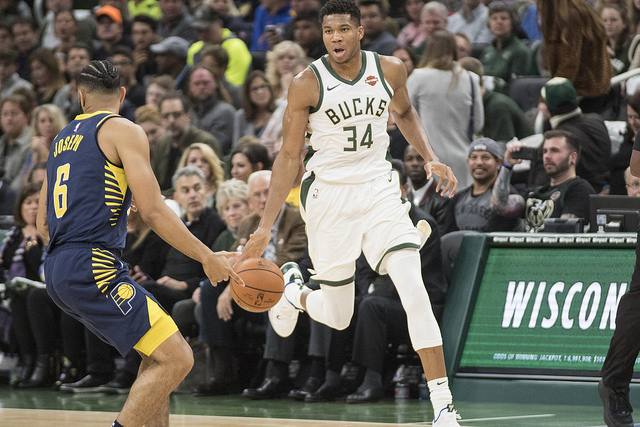 The Milwaukee Bucks ranked just 20th in game pace under Jason Kidd and interim head coach Joe Prunty last season, and Coach Mike Budenholzer is looking to up the tempo in the new season.

Over the past few seasons, the Budenholzer-led Atlanta Hawks consistently ranked in the top 10 for pace, so fans can expect similar results for the Bucks. Last night was just a small sample of the above, as the Bucks and Pacers put on a high scoring and fast paced game with no shortage of possessions for either team.

4. Brook Lopez is looking to be the Bucks’ best new addition 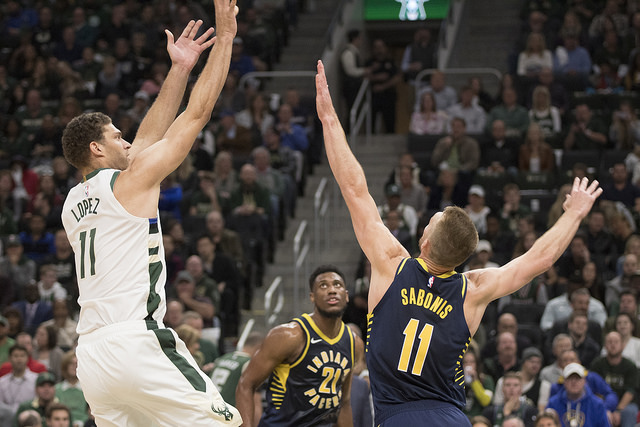 Although he had an underwhelming game on Friday night, putting up just eight points and three rebounds, seven-foot-tall Brook Lopez is looking to be the Bucks’ best off-season acquisition this year. Lopez has the potential to give the Bucks some consistency at the center position, something the Bucks desperately need.

Despite his mediocre stats for the team’s home opener, the Bucks were still at their best when Lopez was on the court, as the California-native had the second best plus-minus of the team with a +18 point differential. It wasn’t obvious last night, but Lopez may be a great addition for the Bucks, especially when he settles in and finds his role with the team. 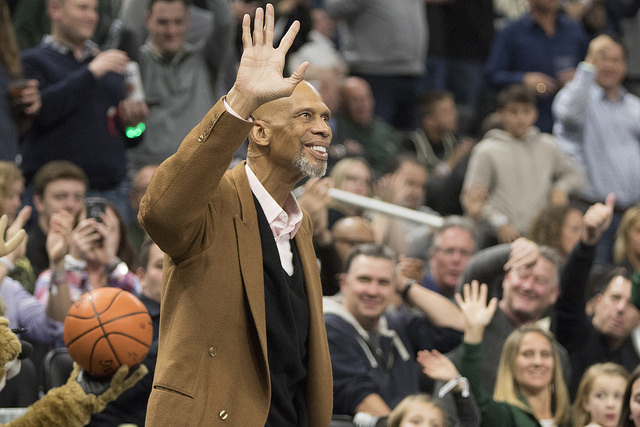 MVP chants filled the packed arena on Friday as Giannis Antetokounmpo touched the ball. An early favorite to win the trophy last season, Giannis ultimately didn’t take home the award, but he looks to do so for the 2018-19 season.

If the Greek Freak pulls it off, he will be the first Milwaukee Bucks to win MVP since a guy by the name of Kareem Abdul-Jabbar. Ever heard of him?

As of today, Giannis is one of the top three favorites – along with LeBron James and Anthony Davis – to win the award this season, but his chances of winning may be contingent on the team’s success as a whole. So if Giannis continues to grow as the team does, and both parties perform like they did Friday night, we definitely like his chances.

6. Budenholzer is the coach for the job 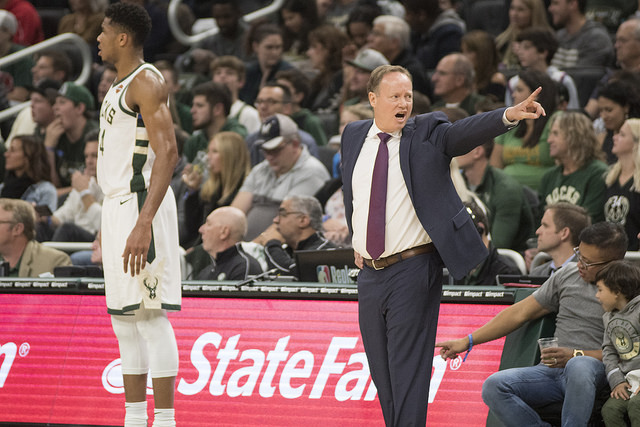 Although many fans were sad to see Jason Kidd go, and others would have liked interim head coach Joe Prunty to win the position, the Bucks’ new head coach Mike Budenholzer looks to be the right selection.

Only time will tell whether Budenholzer is the answer or another bust, but his team definitely looked great against the Pacers. His fast tempo controlled the pace of the game, an early time-out quickly erased the Pacers’ 8-0 lead and although Giannis shot 0-7 at the 3-point-line, Budenholzer and his staff are making serious efforts to add a jumper to Antetokounmpo’s game, which would be very dangerous for the rest of the league. 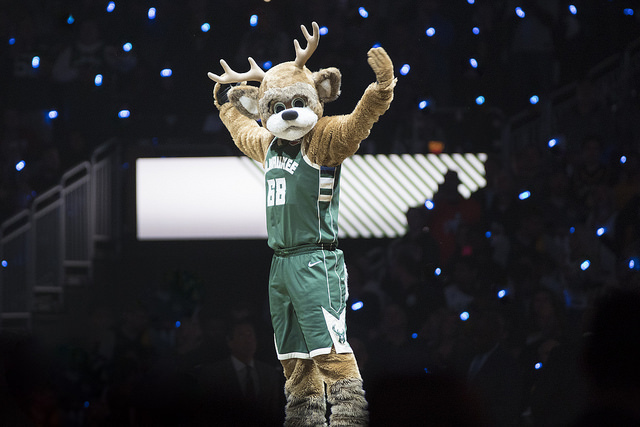 This just may be the season that the Bucks escape the first round of the playoffs, something they haven’t done since 2001.

With a LeBron-less Eastern Conference and a young roster that gets better by the day, the Milwaukee Bucks can not only make the playoffs this year, but do some damage when they get there. And if the team can win enough games to grab a 4-seed or better in the conference, Fiserv Forum’s home court advantage could play a huge role in making those dreams come true.

Fans were heartbroken last year as the Bucks fell to the Boston Celtics in game seven of the first round, so anything short of that would be a disappointing season.

Despite a small sample size of two games and a preseason, the Bucks definitely look like one of the four best teams in the East, who can certainly win a playoff series or two. (And hopefully more if you ask Bango.)