Not that anybody wants to linger too much on Tuesday night's Game 4 beatdown in Toronto - but let's at least look at some sweet photos from a not particularly sweet game.

And now it's a three-game series.

The Toronto Raptors emphatically tied up the Eastern Conference Finals against the Milwaukee Bucks Tuesday night, 120-102, sending the series back home to Fiserv Forum on Thursday. Now, nobody wants to linger too much on this game – but let's at least look at some sweet photos from a not particularly sweet game. 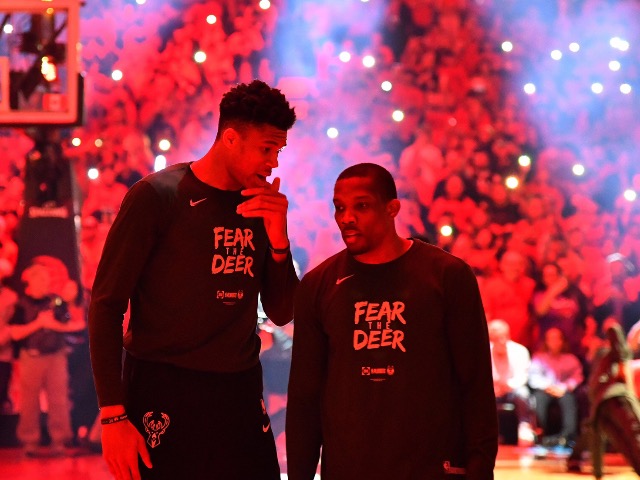 Ended up being no Milwaukeean's delight. Fans went into Game 4 pretty confident; after all, they almost won Game 3 despite pretty awful performances from Giannis, Khris Middleton and Eric Bledsoe. And certainly they'd all settle back into their usual dominating form, and all would be well, right? RIGHT!?

For a moment, it seemed like that would be exactly the case as the Bucks came out hard against the Raptors, jumping out to an early lead after a few powerful Giannis dunks.

3. See, how could things go wrong?

Look at that! You can't lose a game when your star player is doing that! That's in the rulebook!

Well, it turns out that's not in the rulebook, and you can indeed lose even when your star player does awesome dunks to start the game.

Much of the analysis coming from the first three games of the series talked about how the Bucks' bench was going to be the real deciding factor, how they picked up the slack when the starters were struggling (which has been a lot this series) and how the Raptors couldn't match Milwaukee's depth. The Raptors' bench must've heard all of that, because in Game 4, they dominated. Regular Bucks menace Norm Powell scored 18, Serge Ibaka put up a double-double with 17 points and even the much maligned Fred VanVleet showed up with 13 points. As for the Bucks, the most they got from their bench was a lowly seven points from Ersan Ilyasova.

Part of the big frustration from Game 3 was that, if just one of the Bucks' big three showed up, the game was theirs for the taking. But instead, the Bucks blew it – and gave the Raptors complementary players, who've been struggling for much of the entire postseason, time to figure out their shots. Now it looks like they have, and we've got a brand new series.

5. Nice of you to arrive, Khris Middleton 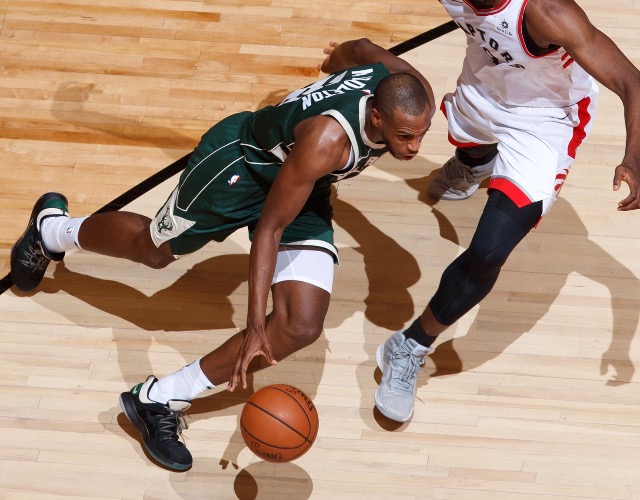 It took several games, but the Bucks finally got a big night from its second scorer, as Middleton put in a game-high 30 points. About time! In fairness to Middleton, he's been having to work hard on both sides of the court, serving as the main defender to Kawhi Leonard. Now that the Raptors star is clearly injured and not his usual self, Middleton got to take advantage. Unfortunately the Bucks didn't. Maybe next game we could get him AND Eric Bledsoe to show up too. But there I go again on one of my fantastical dream-like reveries.

More so than The Raptors Bench Game, more so than The Kyle Lowry Game, Tuesday night's match will be remembered as The Drake Game, as the world's corniest rapper made sure his presence was known on the sidelines all game long, heckling Giannis, doing weird windmill ... things and just generally being a nuisance. Who could've ever guessed that the guy who made "YOLO" popular would be obnoxious and annoying!

OK, this is actually kind of nice. Raptors head coach Nick Nurse deserves a massage; after all, he coaches Toronto AND he hosts "The Price is Right" every afternoon. That'll take a lot out of a guy!

Just as the prophecy foretold ...