On Thursday night, the Bucks won a big game by a lot of points, looked really good doing it and are now in the driver's seat against the Raptors. Here are three somethings I took away from Milwaukee's Game 3 blowout.

The Bucks’ best and most impressive overall performance of the season – a total annihilation of the Raptors, 104-77, in Game 3 of their first-round Eastern Conference series at the BMO Harris Bradley Center – may actually have been only the third most-thrilling of the three NBA Playoff matchups on Thursday. After all, the Cavaliers overcame a 25-point halftime deficit to beat the Pacers, while the Grizzlies grit-and-ground out an 11-point victory over the heavily favored Spurs the same night.

No matter, for the Bucks, their fans and the suddenly basketball-proud city of Milwaukee, the blowout win against Toronto was everything they could want. It was easy, electrifying and comprehensive, a turning point for perhaps both the series and the future for this playoff-forsaken franchise that hasn’t advanced past the postseason’s first round since 2001. At the very least, it was an exclamation point, a "we are here to win now" statement for a team often marginalized as young and potential-filled, its promise dismissed as still somewhere off in the hazy distance.

When this series started, I predicted the Bucks would win Game 1 because their unconventionality presents matchup problems for superior teams, but that they would lose Game 2 because the well-coached and disciplined Raptors would make adjustments. I said the Bucks, a funky bunch of lengthy limbs and youthful ignorance, who thrive in the open court but struggle when games decelerate and are led by the ultimate NBA unicorn, needed to be the aggressor, the puncher in the series, because they are less able to react than to surprise, especially against a 51-win team like Toronto.

So far, all of that has been true, though Milwaukee has played far better than probably anyone outside their locker room could have anticipated, a plus-35 for the series that’s tied for the second-largest plus-minus among all teams in the postseason.

But enough grandiloquence and self-congratulation. The sixth-seeded Bucks won a big game by a lot of points, looked really good doing it and are now in the driver’s seat against the third-seeded Raptors. Game 4 is Saturday afternoon at the Bradley Center, and you can bet Toronto will be out for blood.

Here are three somethings I took away from Milwaukee’s Game 3 win over the Raptors: 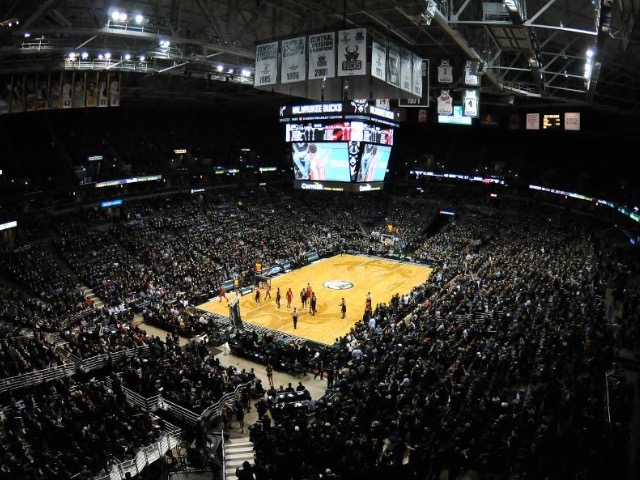 The atmosphere inside the BMO Harris Bradley Center and around the city last night was awesome. Milwaukee showed out to support the Bucks and help protect the home court. From the pep rally that started three hours before tip outside the arena to the pregame pyrotechnics display to the uniformly blacked-out crowd wearing "Fear the Deer" T-shirts and cheering boisterously throughout the night to the vibrant nightlife scene afterward, this felt like playoff basketball in a city that really cared about it.

Outside the arena following the game, I was approached on the street by a guy, which isn’t at all unusual Downtown. His first question was expected: "Can you spare a dollar?" His second was not: "How many did Giannis have?" Antetokounmpo had 19, and he’d be glad you asked. 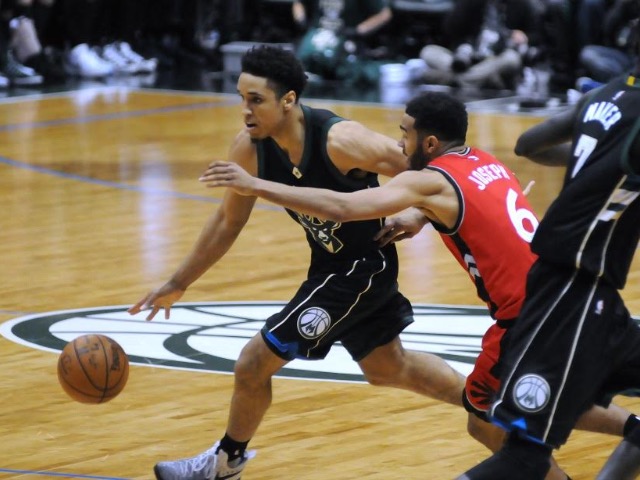 The Bucks blitzed the Raptors in Game 1, utilizing their high-pressure trapping defense to harass All-Star guards Kyle Lowry and DeMar DeRozan, aggressively pushing the pace and scoring 17 fastbreak points in the win. Toronto successfully slowed things down in Game 2, making it a half-court battle and executing better than Milwaukee at both ends. The prevailing belief – confirmed in comments by players and head coach Jason Kidd at practice on Wednesday – was that the Bucks needed to run to beat the Raps.

Despite the complete control in a rout that would suggest tons of transition opportunities, Milwaukee only finished with six fastbreak points on Thursday night. But the Bucks assisted on 29 of their 39 field goals, moving the ball quickly, sharing it enthusiastically and getting nothing but open looks and high-percentage shots. Before the game, Kidd talked about the importance of ball movement, and it seemed instrumental to Khris Middleton finding an offensive rhythm and breaking out of his shooting slump (8 of 15 for 20 points, plus seven assists). The Bucks also scored 38 points in the paint, as backup center Greg Monroe – spurred on by chants of "Moose!" from the crowd – dominated down low (16 points, seven rebounds), and wing players’ drives to the basket freed space for shooters outside.

The Bucks would still rather run whenever they can, but their effectiveness in the half court was hugely encouraging.

3. Something I’m looking forward to 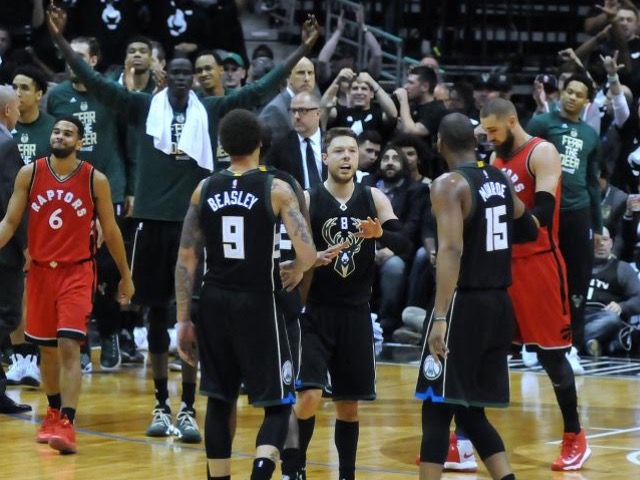 What will Game 4 look like? For much of the season – though less so over a flourishing final month and a half of the season – the Bucks were consistently inconsistent, predictably unpredictable, winning two games then losing three, exhilaratingly defeating the Spurs on the road, then inexplicably falling to the Sixers at home. So, too, were their fans, who would turn out for marquee games against Cleveland but only half-fill the Bradley Center against less-prominent opponents.

I’m eager to see if the momentum and excitement from Game 3 carries over to Game 4. On Thursday night, with the owners in the house for Milwaukee’s first home playoff contest in two years, Giannis and Co. simultaneously fed and fed off the emotion of the crowd. The Bucks are a team that gets up for big games, and it will be interesting to see if the team – from the front office, coaches and players to the marketing, events and game-day operations staff – and its supporters can produce the same environment Saturday afternoon against a motivated and desperate Raptors squad.

Game 4 is Saturday at 2 p.m. (TNT, FOX Sports Wisconsin), with another pep rally three hours beforehand. Tickets are sold out, but fans are encouraged to check Ticketmaster’s official NBA resale site at bucks.com/tickets.