Even though they currently have opposite records and aspirations, there are several reasons the young Bucks have the edge over the veteran Bulls in their renewed rivalry. Here are five of them.

This article has been updated since the Bucks' Jan. 5 loss to the Bulls.

After enduring a 117-106 defeat in Chicago last week and coming off a humbling road loss to the Knicks on Sunday, the Bucks return home to take on the Bulls at the BMO Harris Bradley Center on Tuesday and renew their reinvented rivalry.

Over the last calendar year, in nine games between the teams (playoffs included), the Bulls have won five times and the Bucks have won four. Call it the I-94 Encounter, the Amtrak Challenge, the 25-Minute-Flight Fight or whatever – this rivalry is real.

In the first round of the playoffs last year, the Bucks gave the Bulls a spirited battle. Milwaukee took two of the first five contests before being obliterated by 54 points in Game 6. During the series, bad blood ran high; John Henson, who would play the best basketball of his career, bowling over Aaron Brooks, standing over the Chicago guard and inciting a skirmish in Game 2 was an emotional climax. In the blowout series finale, the acrimony culminated with Giannis Antetokounmpo decking Mike Dunleavy on a 3-pointer and sending him into the seats, a flagrant foul that earned Antetokounmpo an ejection but one he felt was warranted because of alleged dirty play by Dunleavy.

Milwaukee lost three of the four regular-season matchups with Chicago in 2014-15, and last week it couldn't stop star guard Jimmy Butler (32 points, 10 assists) or noted Buck-killer Pau Gasol (26 points, 11 rebounds). After their latest defeat to the Bulls, the Bucks are a peeved, plucky bunch eager to prove they’re more than a little brother for Chicago to beat up.

They’ve currently got opposite records and aspirations, but here are five reasons the Bucks (15-24 and developing) have the edge over the Bulls (22-14 and contending) in this rivalry.

1. Angry Giannis is a dangerous Giannis 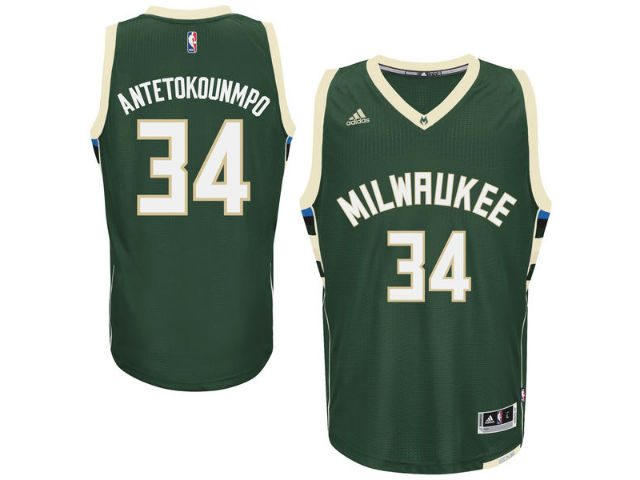 Since he’s been in the NBA, Antetokounmpo has played better in big games, relishing the lights of primetime and matchups against opposing stars to perform at his best. What we’ve also seen, especially evidenced by his Tzatziki-scowl stink face after huge dunks, is that when Giannis is angry, he’s more aggressive. That can manifest itself in good and bad ways – Dunleavy can testify to the latter – but it often results in the third-year forward attacking the basket harder, drawing more fouls and, generally, being a larger part of the offense.

Antetokounmpo’s numbers are up in almost every statistical category this season, and you can bet he’s had every game against the Bulls circled, starred and underlined since being thrown out in Game 6 last April. Unfortunately for Angry Giannis, Dunleavy (back injury) is out again for Tuesday night. In last week's contest, Antetokounmpo scored 18 points on 8-of-17 shooting, grabbed seven rebounds and had four steals. He also mostly stayed out of foul trouble, picking up only three personals and keeping his composure. In Milwaukee, he could channel his emotions into a dominant performance.

The encore to last year’s surprising success hasn’t gone according to plan for upstart Milwaukee this season, but it’s still a team on the rise. The Bucks’ starting lineup has an average age of just 22.8 years, a few of their core players have taken statistical steps forward and they’ve notched huge wins against both of last year’s NBA Finals participants. While they’re still searching for the right on-court recipe, the franchise has attained an off-court identity, brand and forthcoming new arena.

Meanwhile, the Bulls have been treading water – granted it’s high-quality water – for several years, as they’ve made the playoffs in seven straight seasons but never (gotten past LeBron James) advanced to the NBA Finals. The leaders of those squads, Joakim Noah (14.5 PER) and Derrick Rose (11.0), have regressed to, respectively, league-average and below-average. The oft-injured Rose, currently at 14.9 points and 4.9 assists per game, has become a shell of his former MVP self; Noah, at 8.8 rebounds per game and a career-low-tying 96 defensive rating, is no longer one of the league’s top defenders.

Even if the Bulls were to make a high-profile trade (for Carmelo Anthony, say, or DeMarcus Cousins), it likely wouldn’t change their long-term trajectory, as they’d have to part with significant assets (Bobby Portis, Nikola Mirotic, Taj Gibson, Doug McDermott, draft picks) and would further aggravate existing chemistry issues. 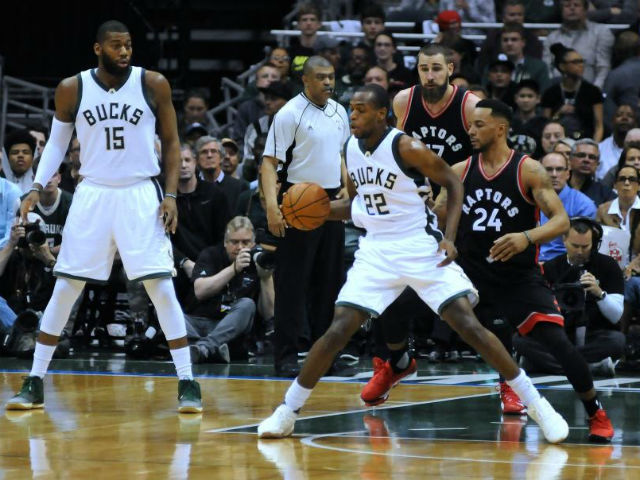 After earning a five-year, $70 million contract in the offseason, Khris Middleton started this year slow, averaging about 14 points and three assists through the end of November. But the sharpshooter picked it up in December and has been on a roll for the past three weeks. Since Dec. 15, Middleton has averaged 21.6 points (including 27 against Chicago) and 4.9 assists (including seven last week) in 14 games.

He’s ranked sixth in the NBA in 3-point shooting (44.9 percent) and is now Milwaukee’s leading scorer (16.9 per game). Middleton has become the team’s top offensive threat and, against lockdown defender Butler, his much-improved passing could hurt the Bulls, too.

Last month, Butler pointedly called out teammates and coach Fred Hoiberg in an eyebrow-raising postgame interview. The hardworking Bulls guard, who played collegiately at Marquette, criticized players’ hustle and desire and questioned the ability and leadership of the first-year head coach. Granted, since then, Chicago has won seven of 10 games and Butler and Hoiberg have praised each other, so perhaps the condemnation worked.

But even if the tactic has been a short-term shot in the arm, it’s not a good sign when a player publicly rebukes a coach. The Bulls’ season had already been hurt by infighting– Rose and Butler do not get along and there have been reports of "big-time problems in the locker room" – and rampant trade rumors will surely persist until the deadline.

5. Jabari prefers Milwaukee over his hometown

OK, maybe Parker only said that he likes the Milwaukee County Zoo (and his beloved Onassis) more than the Lincoln Park Zoo in Chicago, but still, chalk one up for Brew City.

Last Tuesday marked Parker’s first professional game in Chicago, where he was born and raised and won four straight state championships for Simeon Career Academy. He had a quiet performance, with 11 points and seven rebounds. But playing on his home team's floor against his hometown team should benefit Parker (10.9 points, 4.3 rebounds per game), another Buck whose performance – or at least dunking ferocity – seems to elevate in big games.