The Bucks' $524 million arena and entertainment district is a couple years from completion. In the meantime, the team has launched the WESC Preview Center, a digital and physical showcase for the new arena development. We got a first look Friday.

The Milwaukee Bucks' $524 million arena and entertainment district – a massive project that the team says will revitalize Downtown and activate commercial, residential and office development to attract an additional $500 million worth of private investment – is a couple years from being completed.

Ground was broken on June 18, but the Wisconsin Entertainment and Sports Center (the placeholder name for now) isn't expected to open until September 2018. In the meantime, the Bucks want to stimulate excitement, grow support, provide information and, of course, sell their much-hyped future, both figuratively and literally.

That's why they recently launched the WESC Preview Center, an innovative digital and physical showcase for the new arena development, occupying 13,000 square feet on the fourth floor of the team's Schlitz Park Stock-House Building offices. Over the next two years, while the new arena and entertainment district are being constructed a few blocks away, the Preview Center will serve as an "interactive education and sales platform for the project," while "further articulating the project’s transformational impact on Downtown Milwaukee," according to the team.

The expansive space allows visitors to experience virtual tours of the facility and gain a tactile feel for "premium seating concepts," particularly through the fully built replica of a customizable luxury suite. This, arguably, is the primary purpose. The Preview Center also offers fully interactive models, including a large, movable augmented-reality overlay that will live and change over time, as the actual development evolves, and a technologically agile touch-screen representation.

In design and decor, the Preview Center pulls strongly from Milwaukee civic and Bucks franchise history – there's a wall-length timeline spanning from the city's 1846 founding to the arena's future opening in 2018 – and it conspicuously utilizes area raw materials, including Cream City brick, reclaimed barn wood from Wisconsin farms and original Schlitz concrete. It’s sleek, cool and cutting-edge, as most of the Bucks’ sales and marketing efforts have been under the new ownership.

There’s an adjoining private event and social space, Suite 414, which has authentic Milwaukee flourishes, a full bar and premium catering. An upscale lounge, it complements and supports the Preview Center and is also available for rent for non-arena events.

Ted Loehrke, the Bucks' executive vice president, strategy and development, says the goal of the Preview Center is to allow people to touch and feel the physical space and see the live plans – including blueprints and building material – before the new arena opens.

"Part of this is we're building something that won't be fully realized for another two years," he says Friday during a media tour, "so we want people to be able to experience it."

Loehrke says the Bucks have gotten a "great response to the suites." Besides the impressive luxury box replica, which has a screen showing a game going on in the new arena, there is a display case in the Preview Center containing Schlitz bottles that represent the number of suites that have been sold; it's already about half-filled. Loehrke jokingly calls it "the world's most sophisticated inventory management system."

The space is currently only available for Bucks and corporate partner events, but Loehrke hopes the public will be allowed in for tours by next spring.

Prior to the Bucks buying and building out the Preview Center, the space was vacant. It will live for the next two years, serving its sales and information purpose for the team during WESC construction, and then be shut down to become an event space managed by Schlitz Park.

Ted Loehrke gives a tour of the Preview Center 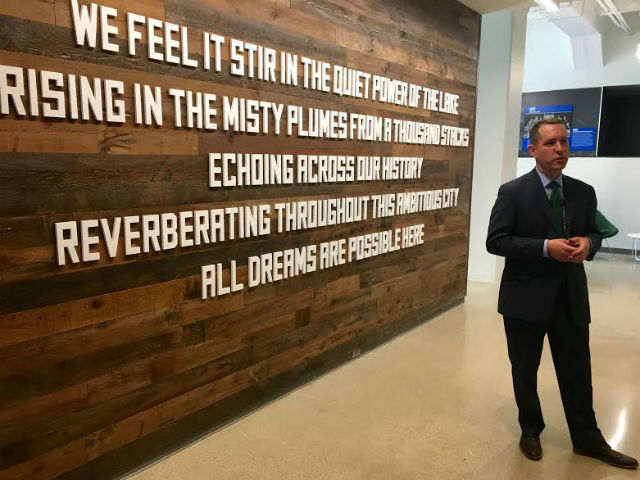 The Bucks' past, present and future buildings

"This is a big project," Loehrke says, "and it's going to take big partners to get there" 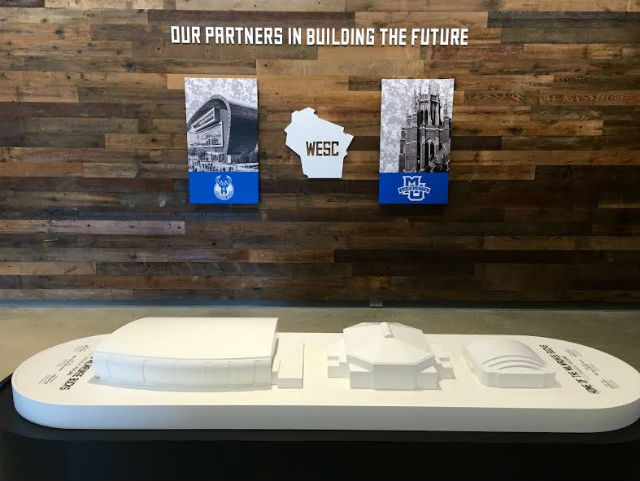 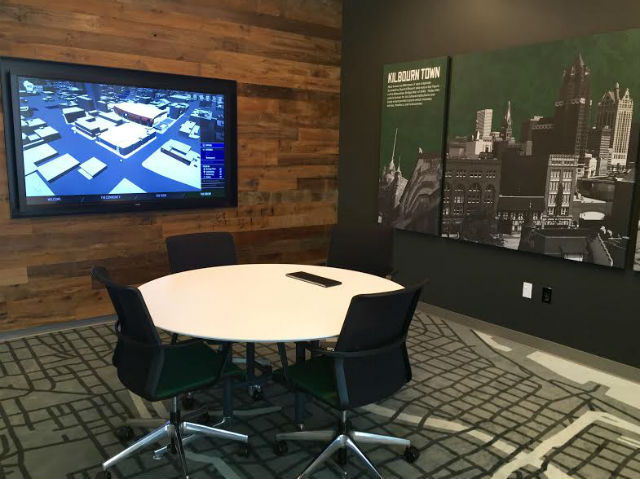 Juneautown is the largest and features a touch-screen model

A wall-size rendering of the arena and entertainment district, with Bradley Center seats 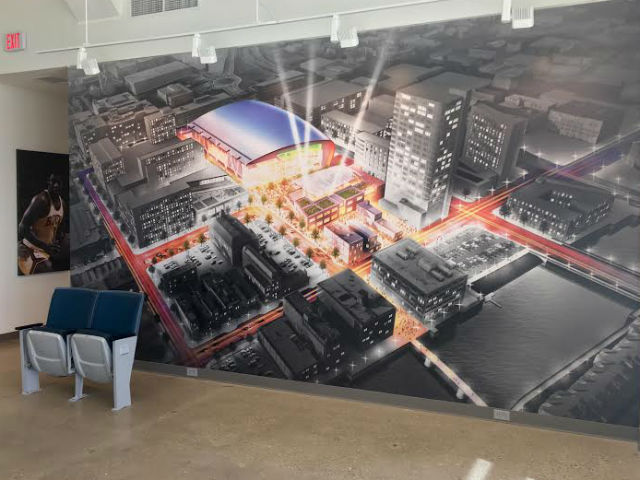 The augmented reality overlay of the arena district and surrounding neighborhood 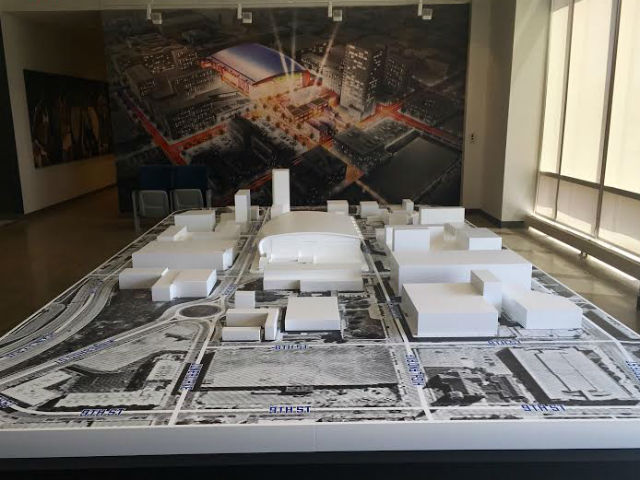 And outside, a view of the actual construction site

These are floor plans for the arena concourses 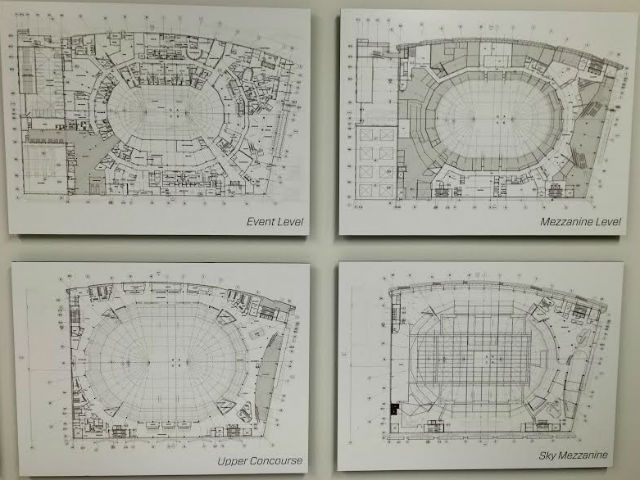 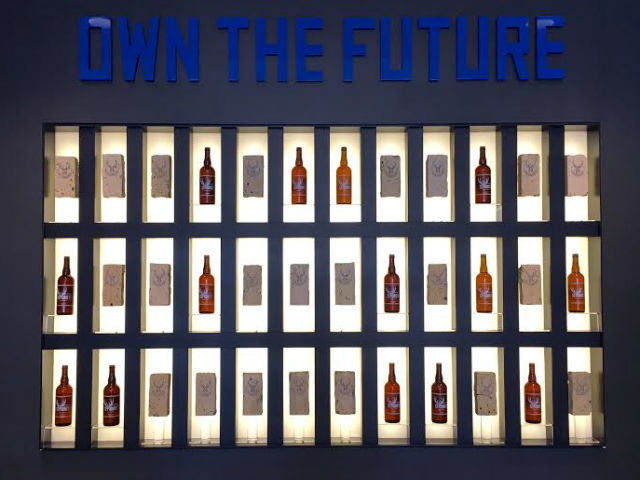 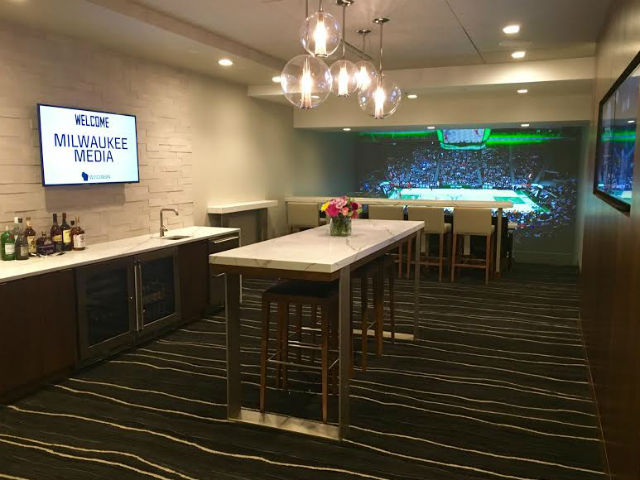 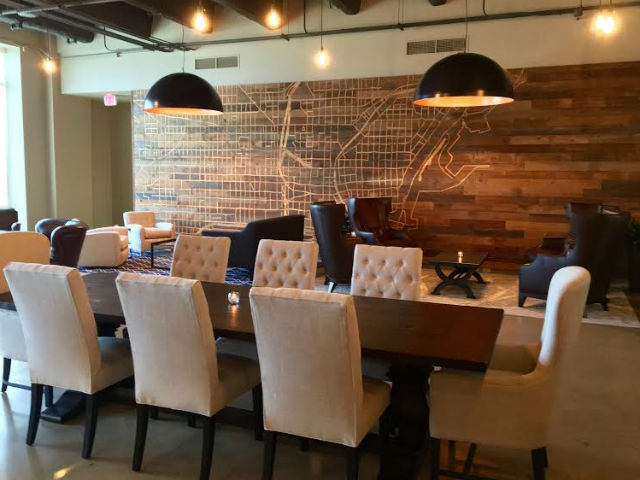 This representation of Milwaukee was made with reclaimed Wisconsin barn wood 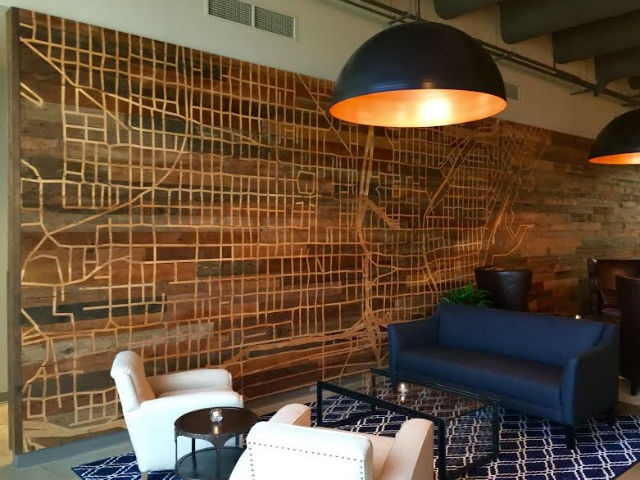 The lounge space features a full bar and premium catering 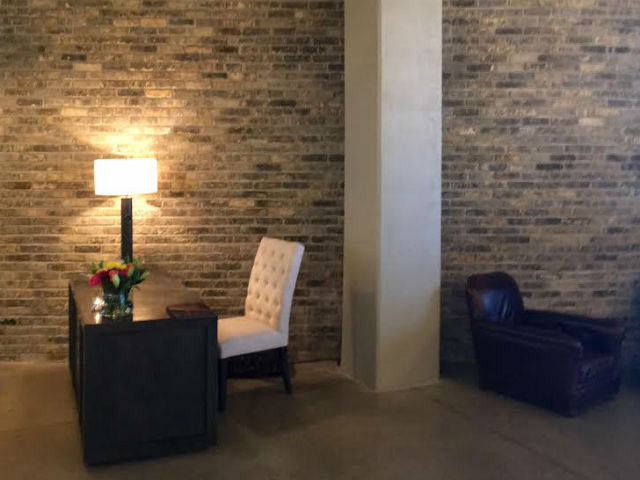 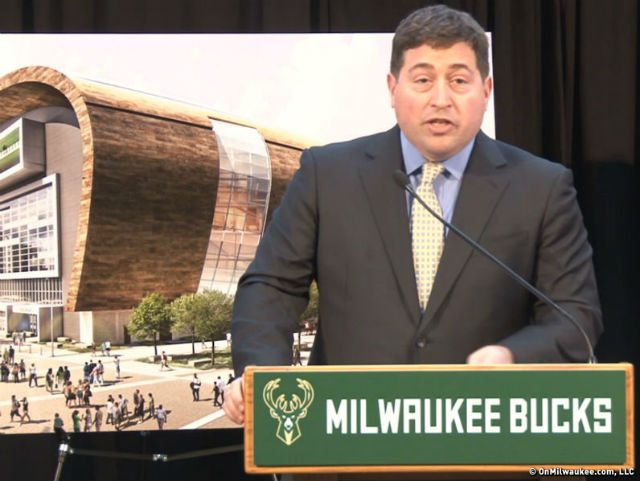