Celebrate, Milwaukee, Matthew Dellavedova is now officially a member of the Bucks. The team on Thursday announced the acquisition, which had been widely reported last week, after formally completing a sign-and-trade with Cleveland for Dellavedova.

Rejoice and be glad, Milwaukee, Matthew Dellavedova is now officially a member of the Bucks.

The team on Thursday announced the acquisition, which had been widely reported last week, after formally completing a sign-and-trade with Cleveland for Dellavedova.

The Bucks and the 25-year-old restricted free agent had agreed to a four-year, $38.5 million offer sheet, which the Cavaliers did not match. LeBron James tweeted out his congratulations to Dellavedova last Friday. Today was the first day that NBA free agents could sign deals.

In return for Dellavedova, Milwaukee sent the draft rights to Albert Miralles and cash considerations – plus a $4.8 million trade exception – to Cleveland. 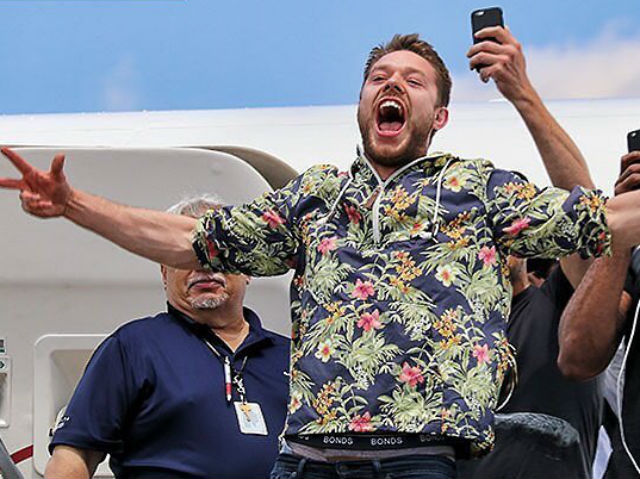 The Bucks had been high on Dellavedova for some time, supposedly sending scouts to Cleveland to watch the 6-foot-4 backup point guard during the playoffs, and they moved fast to get him. After averaging career highs in points (7.5), assists (4.4), rebounds (2.1), three-point percentage (41.0), free-throw percentage (86.4) and minutes (24.6) in 76 games during the regular season last year, the third-year player appeared in all 20 Cavaliers playoff games, averaging 3.9 points in 12.1 minutes en route to a championship.

In 2015-16, Dellavedova’s three-point percentage ranked 11th in the league, while his 2.9 assist-to-turnover ratio was 10th. In 62 games off the bench, he averaged 4.1 assists per game, fourth-most in the NBA among reserve players.

Following a disappointing 33-49 season last year, the Bucks – who have said they’ll begin 2016-17 with 6-11 point-forward Giannis Antetokounmpo running the offense – needed to add three-point shooting and defense, particularly at the point guard position. Dellavedova is known for both, as well as a tough, scrappy style of play that made him a lightning rod of controversy during the 2015 playoffs, when he made seven starts and averaged 7.2 points on the Cavs’ run to the Finals.

Born in Australia, Dellavedova played college basketball at Saint Mary’s (California) before going undrafted in 2013. Cleveland signed him later that summer, and he appeared in 72 games as a rookie, averaging 4.7 points and 2.6 assists.

For his career, Dellavedova is a 39.5 percent three-point shooter. His 41.0 percentage last season would have been second-highest on the Bucks, behind free-agent guard Jerryd Bayless.

The team’s other three unrestricted free agents are O.J. Mayo, Greivis Vasquez and Steve Novak. Damien Inglis and Johnny O’Bryant were waived last week, with the former being picked up by New Orleans, and center Miles Plumlee is a restricted free agent the Bucks supposedly are interested in re-signing. It’s unclear what Milwaukee’s plans are for Novak, a hometown star acquired last year who remains unsigned but has appeared at team events and been featured in promotions.

Miralles is a 34-year-old big man whose rights Milwaukee acquired in 2011 and currently plays in the Spanish league.