The Bucks are celebrating the start of the NBA season with a full slate of community engagement events during Tipoff Week. They began with the refurbishment of three public courts in Milwaukee on Monday and will continue with improvements to local community centers.

The Bucks are celebrating the start of the new NBA season with a full slate of community events this week, and they began with the refurbishment of three public courts in Milwaukee on Monday.

Tipoff Week, which surrounds Wednesday’s season opener at home against the Charlotte Hornets, is highlighted by nine separate community engagement events over three days across the city, including appearances by every player on the team. The Bucks, along with VolunDeers and other community partners, are working to fulfill the franchise’s mission of improving the quality of life for youth and families in Wisconsin.

"Our entire organization, from our ownership to our players to our front office staff of VolunDeers, is committed to building a stronger, healthier and more vibrant community for youth and families in Wisconsin," Bucks President Peter Feigin said in a statement released by the team.

"While we’re excited to tip off the season Wednesday night, we know we have as much of an obligation to contribute in the community as we do to win games. We’ll be joining with many of our fantastic community partners next week to create more safe environments for children while setting the tone for a winning season on and off the court."

Over the course of more than three hours on Monday, the entire roster, including Giannis Antetokounmpo and Jabari Parker, joined VolunDeers, Bucks entertainers and staff from Precision Sports to renovate public basketball courts at Mitchell Park, Kosciusczko Park and Sherman Park. The group replaced backboards, rims and nets and repainted the lines. At each location, the team welcomed children from a local community center to meet the players and take the first shots on their new neighborhood court.

At Mitchell Park, 524 S. Layton Blvd., Antetokounmpo, Michael Beasley, Matthew Dellavedova, Thon Maker, Jaleel Roberts and Jason Terry were in attendance and helped recondition the courts at the north end of the parking lot behind the Mitchell Park Domes. The community partner was Journey House.

And at Sherman Park, 3000 N. Sherman Blvd., Parker, Malcolm Brogdon, Orlando Johnson, Steve Novak, Miles Plumlee and Tony Snell were present to aid with the restoration of the courts in the northeast corner of the park. The community partners were the Boys & Girls Club, Safe and Sound and Sherman Park Neighborhood Association.

On Tuesday, the organization was back in the neighborhoods, visiting the Milwaukee Christian Center, Journey House and the United Community Center. The VolunDeers put the finishing touches on the court-refurbishment projects by applying Bucks-branded decals and donating new basketballs. The visit to the United Community Center also included a celebration for students in attendance, highlighted by a performance by the Rim Rockers dunk team.

The Bucks begin the 2016-17 season Wednesday at 7 p.m. against the Hornets at the BMO Harris Bradley Center. Following that night’s game, they are slated to be back in the community on Thursday as the team partners with Master Z’s to refresh recreation rooms at four local community centers.

With the support of Master Z’s, the Bucks will donate and assemble rec room items, including pool tables, ping pong tables, foosball tables and dart boards at the COA Holton Center, COA Goldin Center, Running Rebels and Silver Spring Neighborhood Center. The event will culminate with a celebration at the Silver Spring Neighborhood Center, as the children there will see their new rec room for the first time, as well as a performance by the Rim Rockers.

As part of Tipoff Week, the team is also donating tickets for the upcoming season to each of the community partners it visits. In total, the Bucks will contribute more than $230,000 worth of basketball equipment, rec room equipment and tickets as part of the week’s events.

Here are some photos of the Bucks refurbishing the courts at Kosciusczko Park: 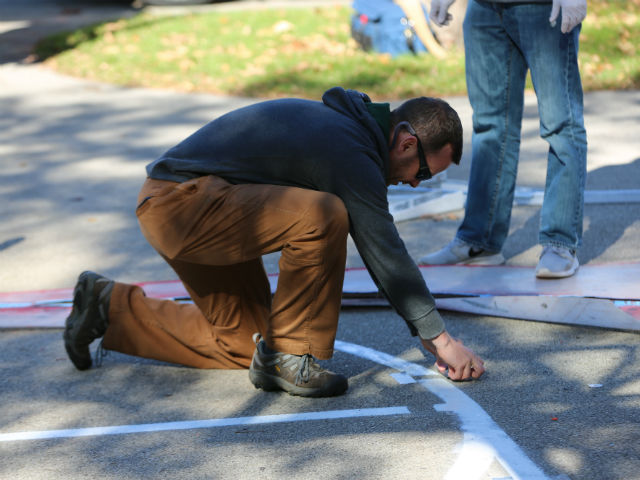 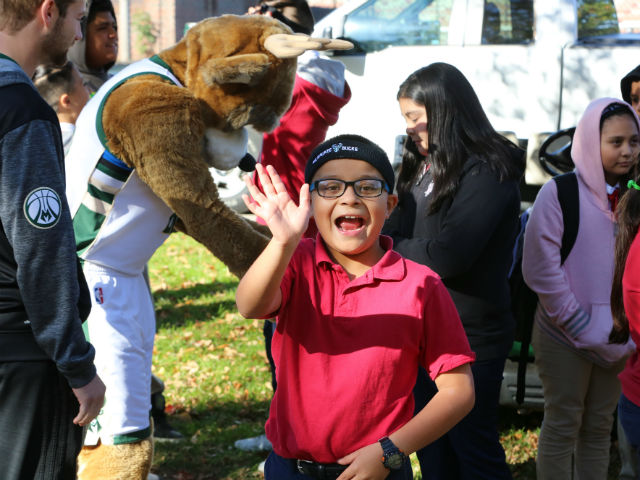 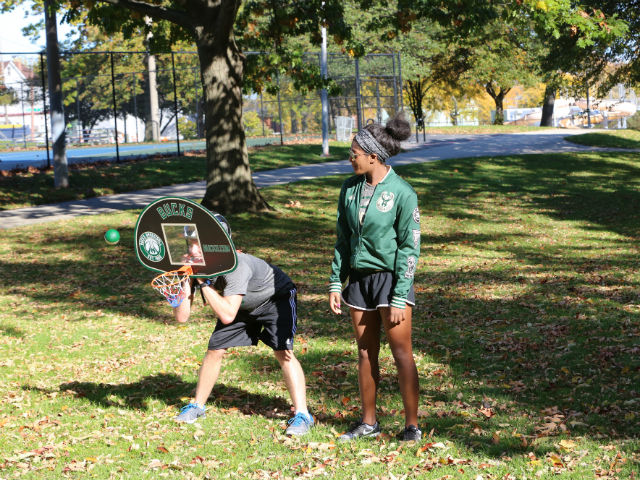 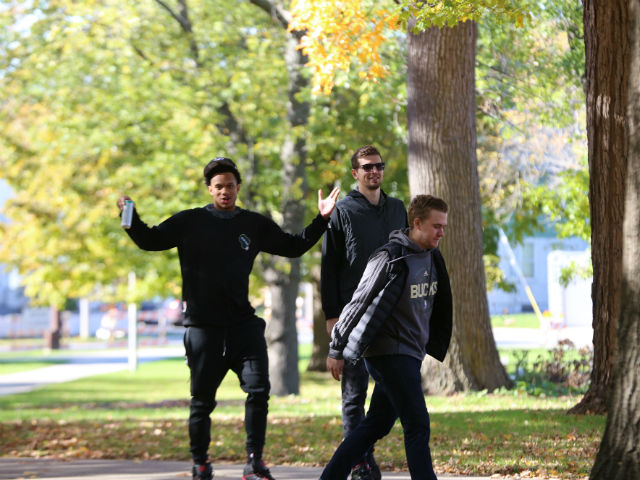 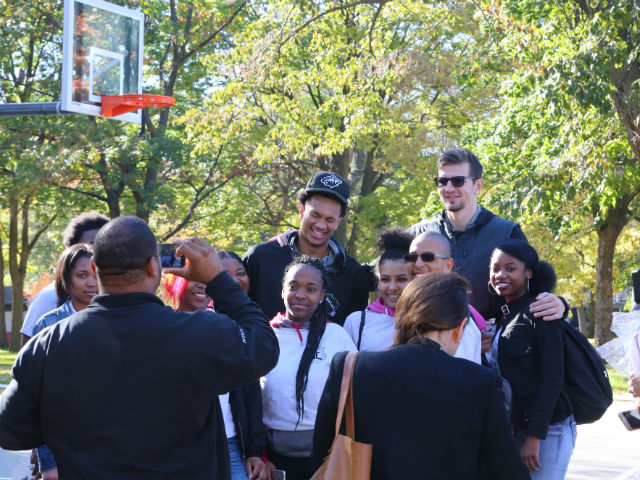 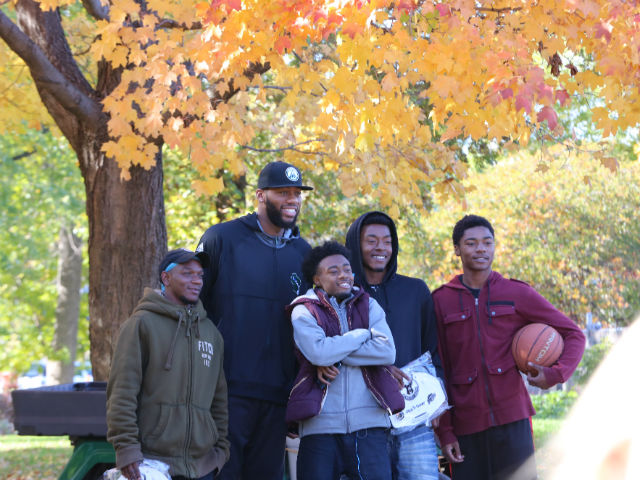 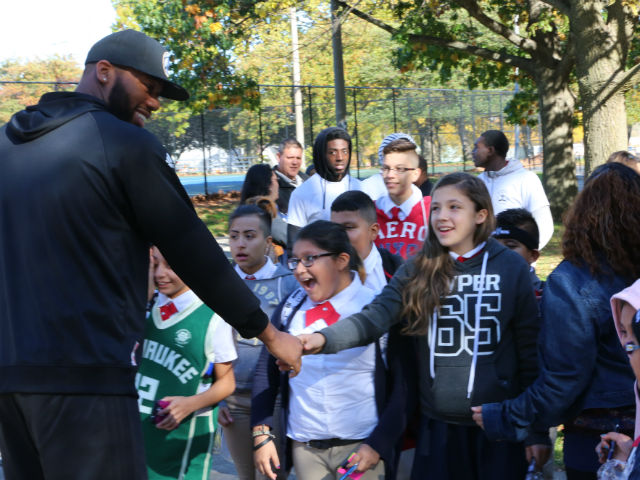 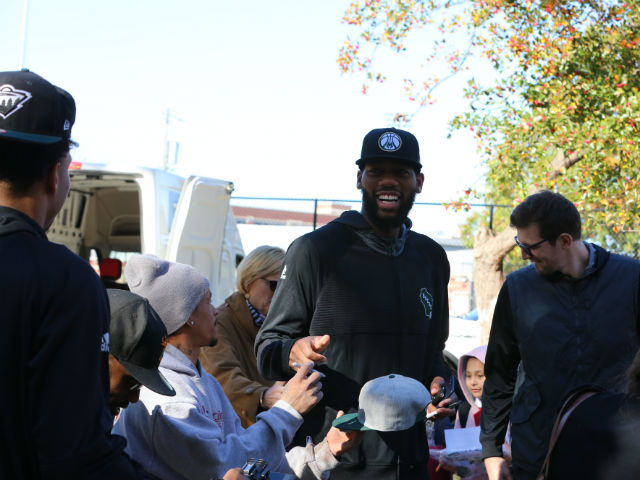 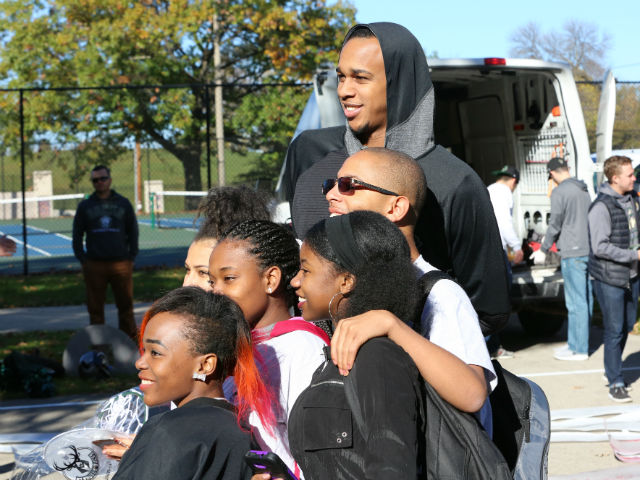 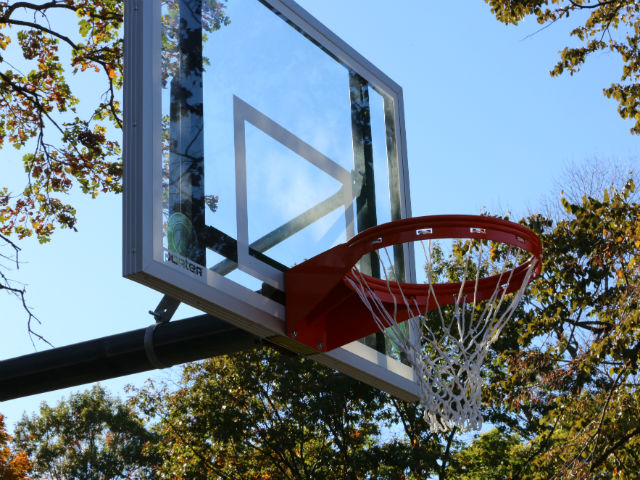 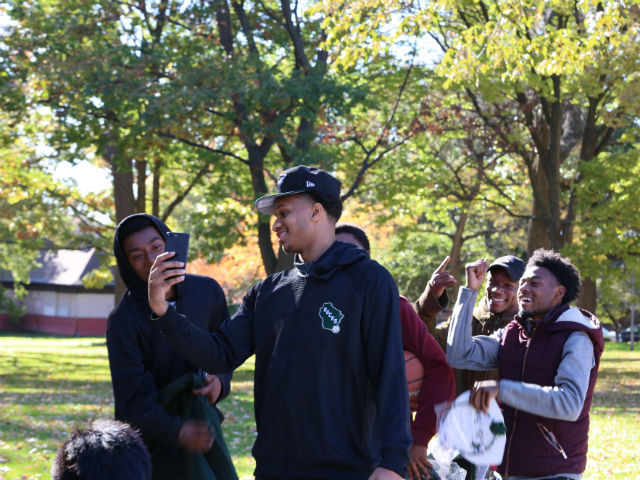 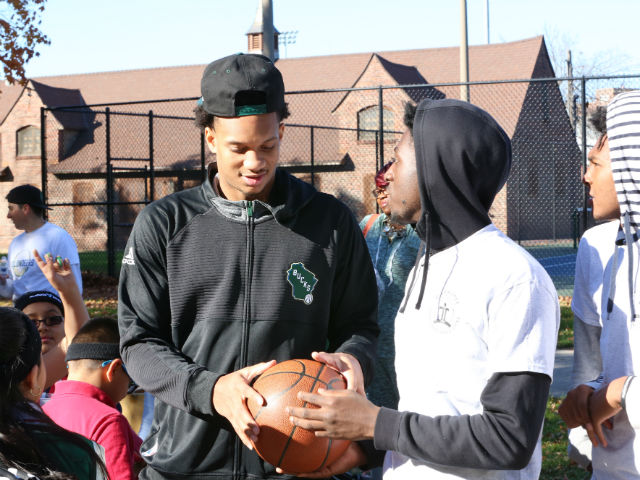 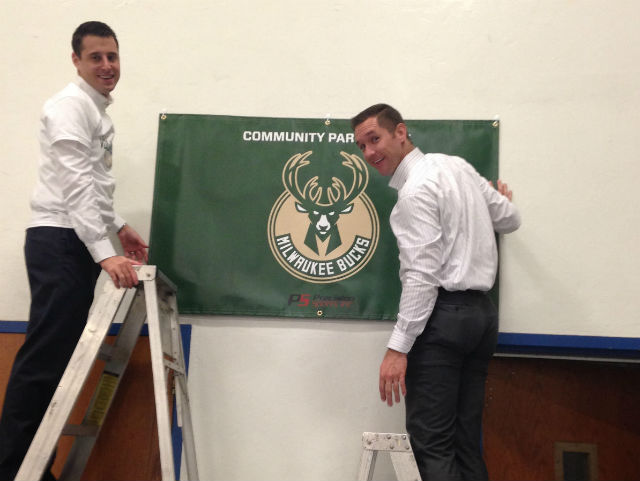