You just need to look at the 1915 photo of the polar bear exhibit at the Washington Park Zoo in this article to see why Milwaukee County decided to acquire a huge plot of land to construct a new zoo, beginning in the late 1950s. Here is a look at that construction project.

You just need to look at the 1915 photo of the polar bear exhibit at the Washington Park Zoo in this article to see why Milwaukee County decided to acquire a huge plot of land to construct a new zoo, beginning in the late 1950s.

While the Washington Park Zoo, opened in 1892, had served its purpose, at just 38 acres and hemmed in by neighborhoods on two sides and a multi-purpose park on two more, there was little room to grow.

Add the fact that the zoo was slated to lose some of its western acreage – which had been home to the elephant, bear and other buildings – and the picture comes even more into focus.

With an eye toward the move, the zoo was renamed the Milwaukee County Zoological Gardens in 1953 and initiatives to raise the $12.6 million required to build the new 190-acre zoo began soon after.

The idea sprouted even earlier, it seems, because the county began acquire land for the new zoo as early as 1947, at which time it was estimated that land acquisition – which continued through 1964 – would cost $200,000.

The land on which the Milwaukee County Zoo is located was owned was located in a number of subdivisions – including Midway Park, Wetzel and Forestdale – in Town of Wauwatosa, and was acquired by eminent domain and purchased from individual landowners and corporations, according to zoo records.

Interestingly, for a time, Milwaukee had two zoos.

The Milwaukee County Zoo opened in its current location in 1958 with a focus on relocating the buildings and habitats that were being replaced in Washington Park with the planned Stadium Freeway.

So first up were the primate building, feline house, grizzly bear den and pachyderm mall as well as some others like monkey island and winter quarters barn beneath the feline building, which, according to Milwaukee County Zoo Librarian/Information Specialist Mary E. Kazmierczak, "houses the ‘prey’ animals for the South American (tapirs, alpaca), the African Waterhole (zebra, kudu, eland, waterbuck), and African savannah (impala, gazelles) yards. The predators (jaguars, lions/hyenas, cheetahs) are housed above in the feline building."

According to Kazmierczak, the first animal exhibit building completed was the A-frame on monkey island that was heavily renovated in 2002, losing its original appearance. The restaurant and administration buildings were also among the earliest additions.

"The first thing built on zoo grounds was the train," Kamierczak adds. "People could ride the train and watch the construction of the zoo."

The cost of the first eight buildings was $12.6 million.

The first locomotive for the 15-inch gauge railway was a 4-4-0 steam engine built by the Sandley Light Railway Works of Wisconsin Dells in 1957. A couple years later, a diesel engine arrived. Two more steam locomotives were added in 1961 and 1977. In 1989, the zoo loaned that original steam locomotive to the Riverside and Great Northern Railway in the Dells and later received another diesel engine in a permanent trade.

In 1958-59, the sheep mountain and Alaskan bear, polar bear and wolverine exhibits were added, as was a commissary. In 1959, the last Rhesus macaques were moved from Washington Park to the new zoo.

The giraffe building followed in 1960 and just before the zoo officially opened to the public on May 13, 1961, the train depot was completed.

It was at this point that the Washington Park Zoo saw its last days.

Kazmierczak couldn't find a specific closing date for the Washington Park facility, but the last animals were moved in 1963.

Over the following years, of course, many more exhibits and buildings were opened, including the aviary in 1962, the hospital in 1963, the small mammals building in 1964 and the aquarium/reptile building in 1966.

Work to continue improving the zoo continues to this day, with new otter, elephant and hippo areas being among the most recent upgrades. 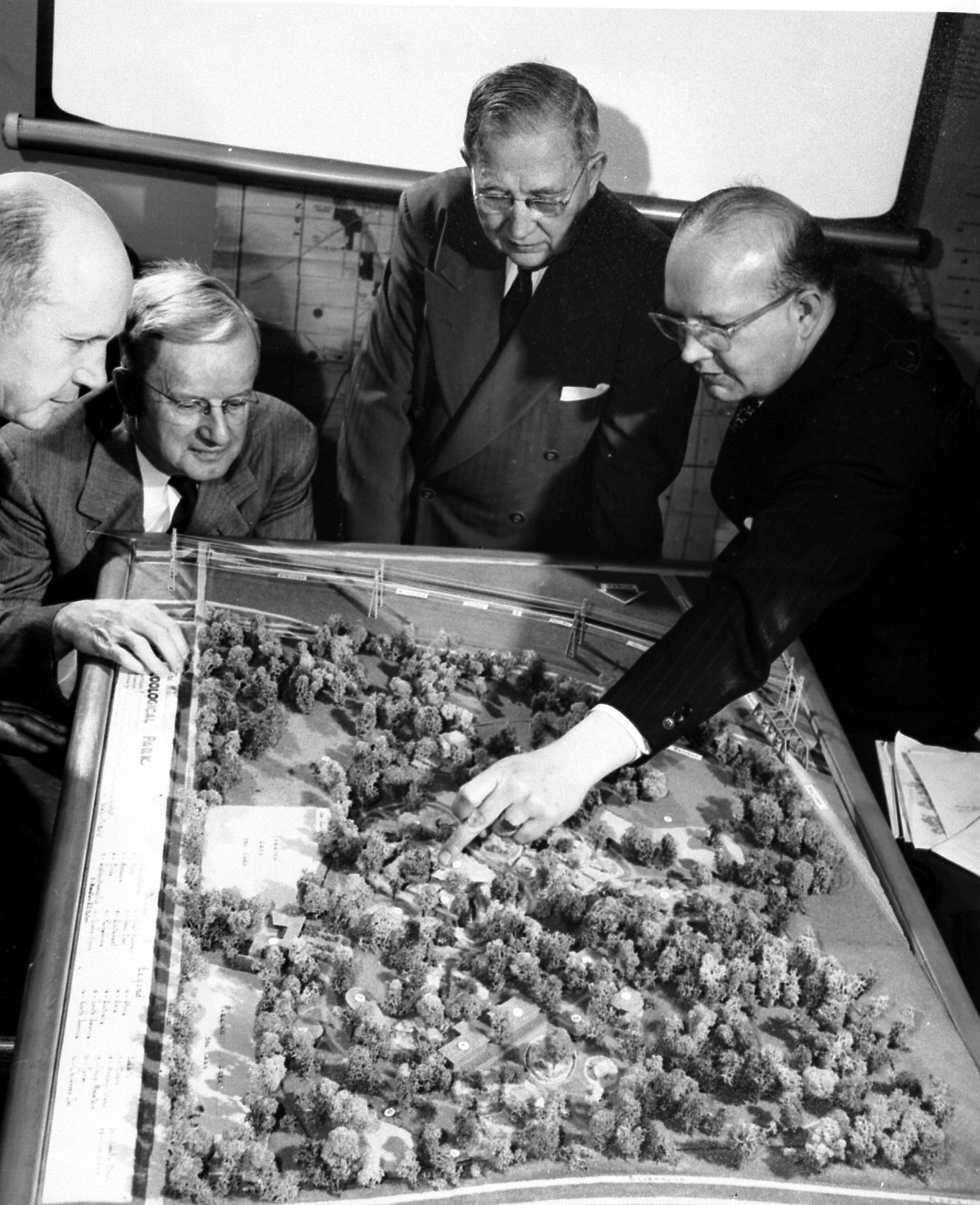 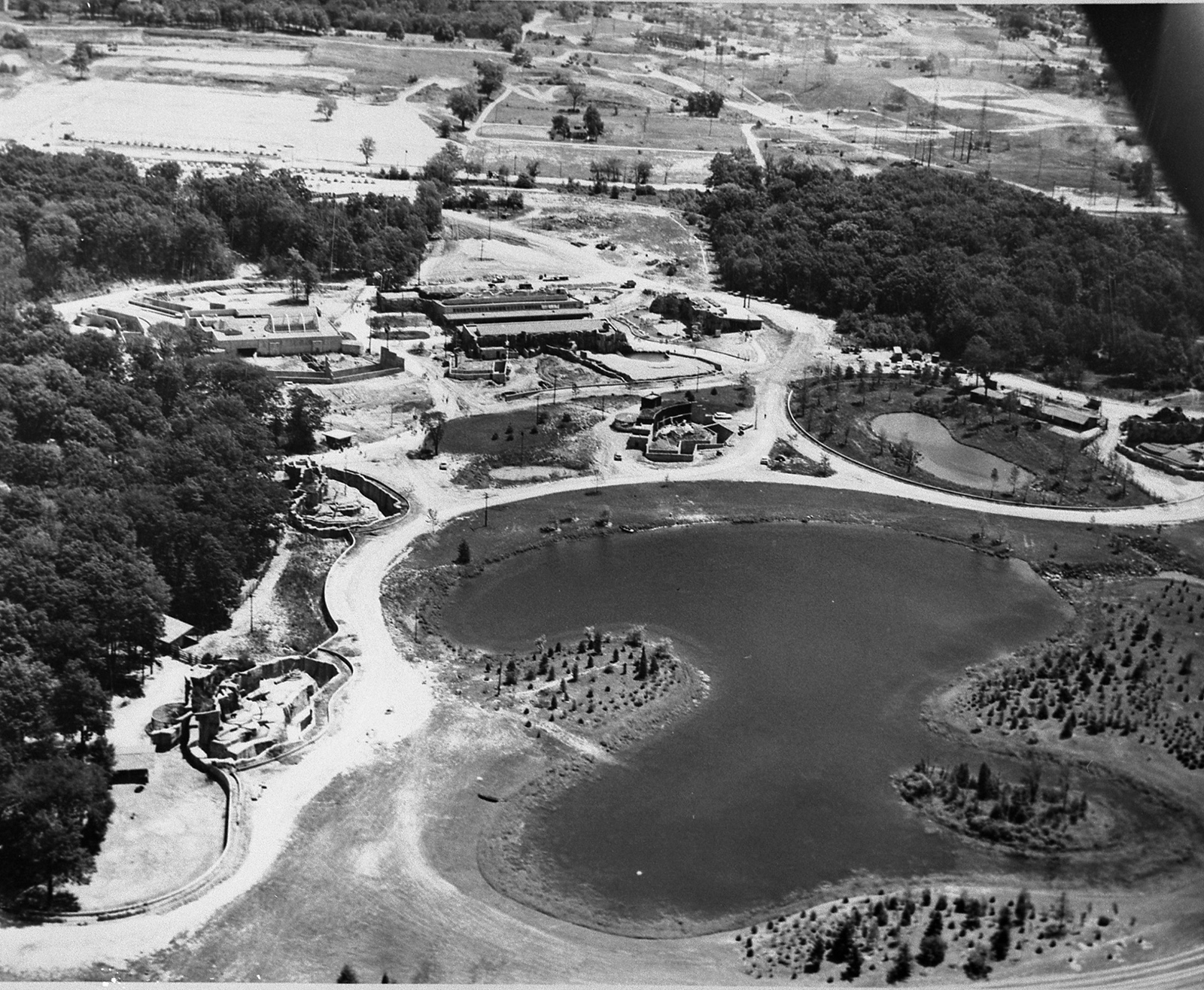 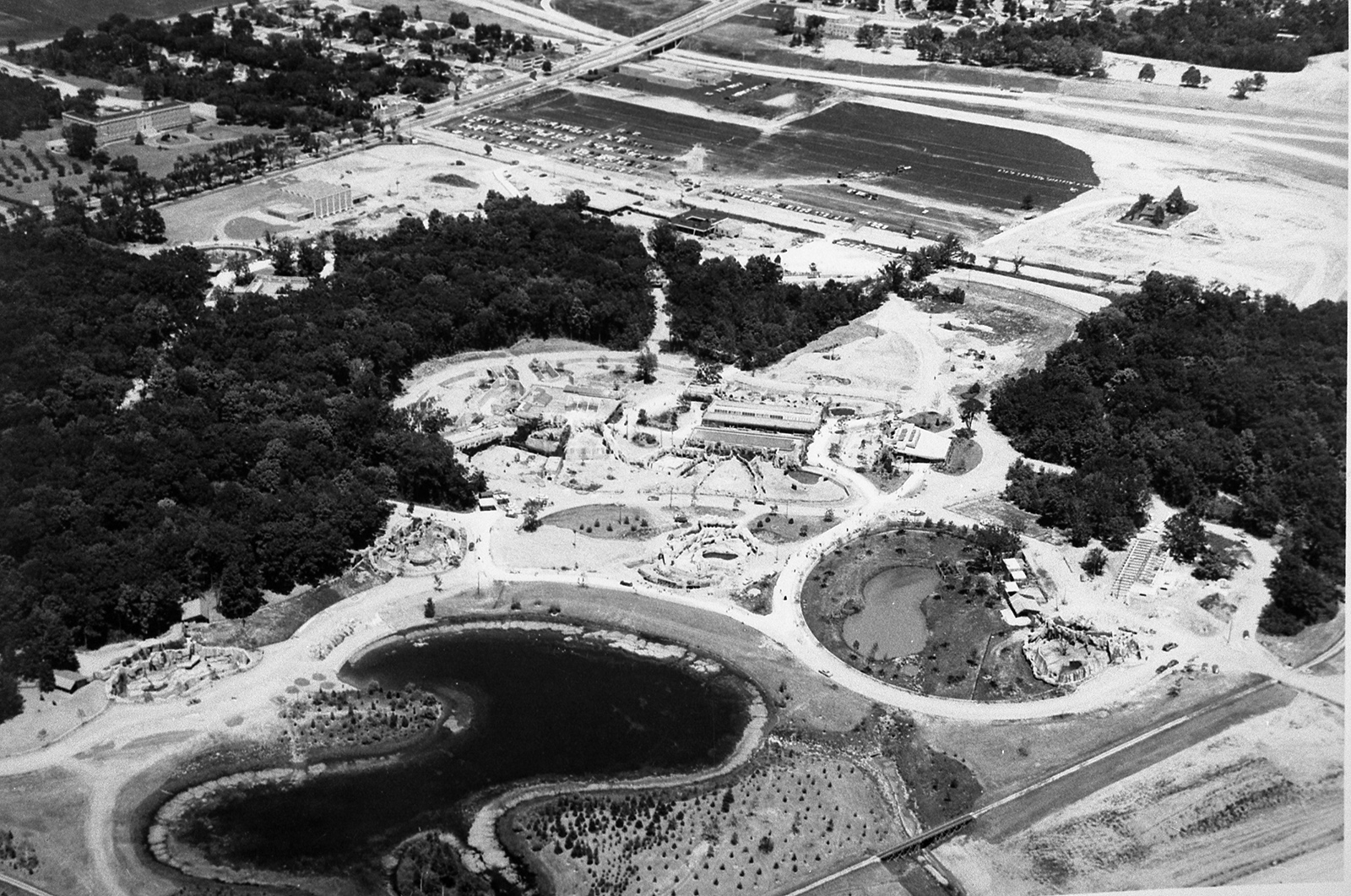 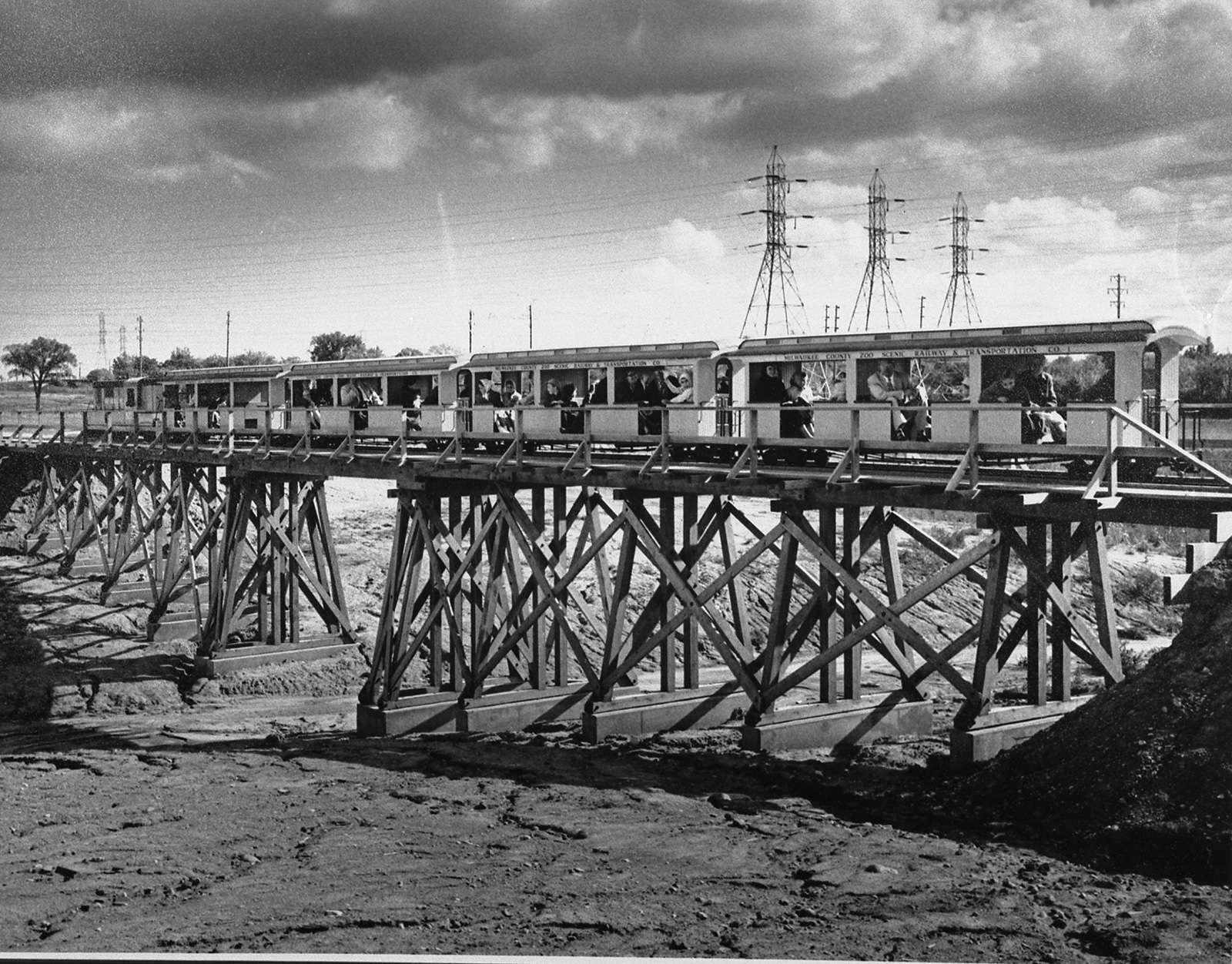 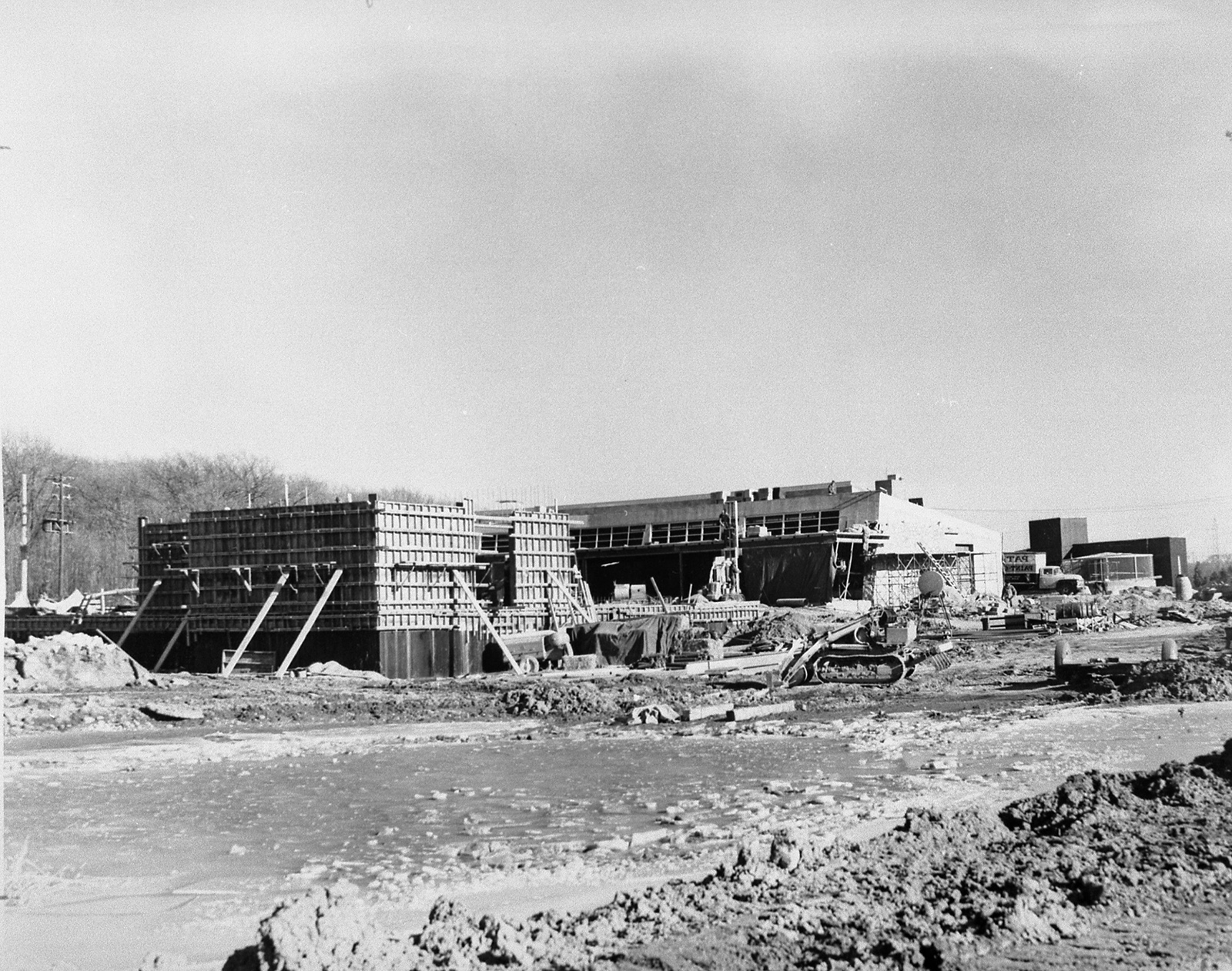 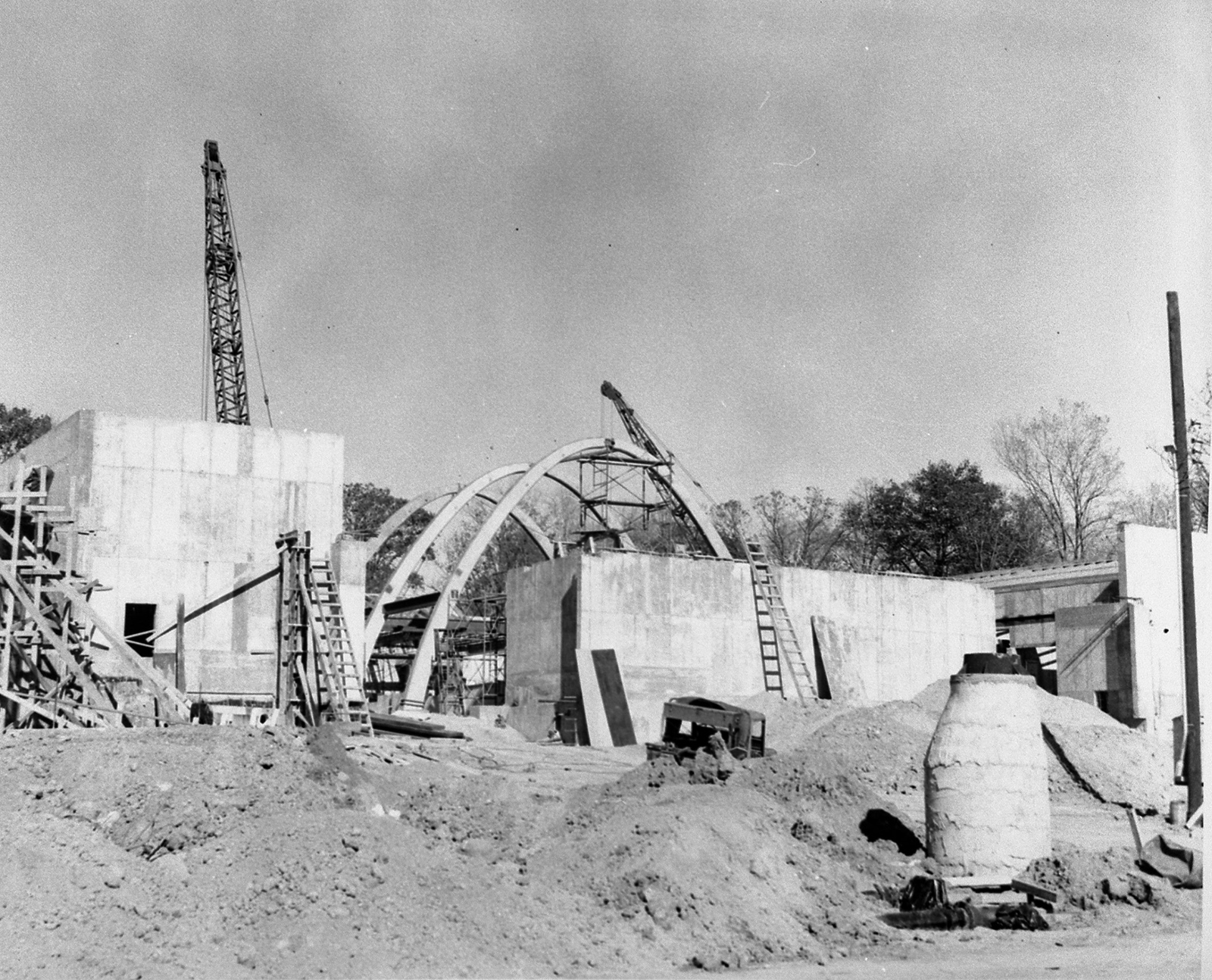 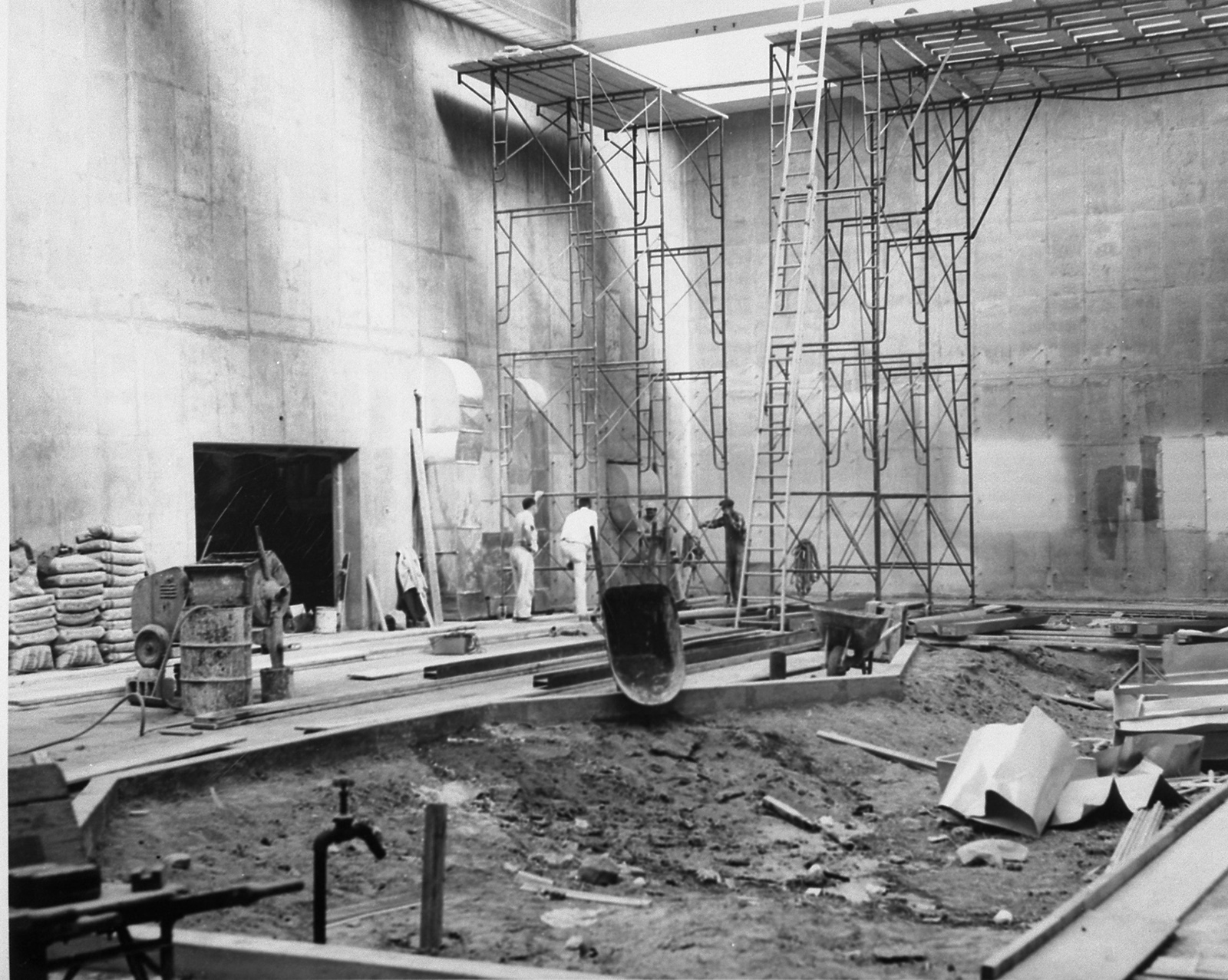 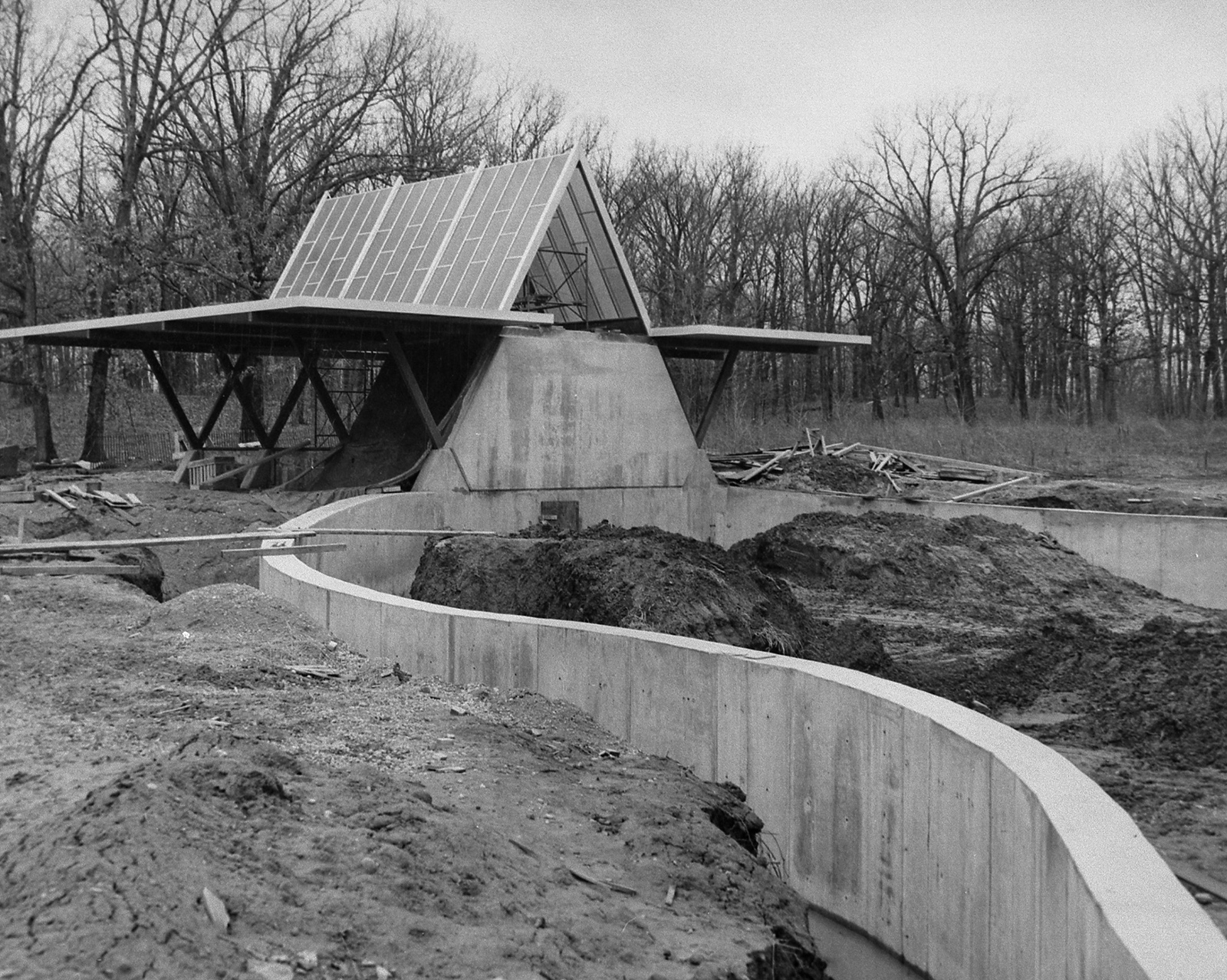 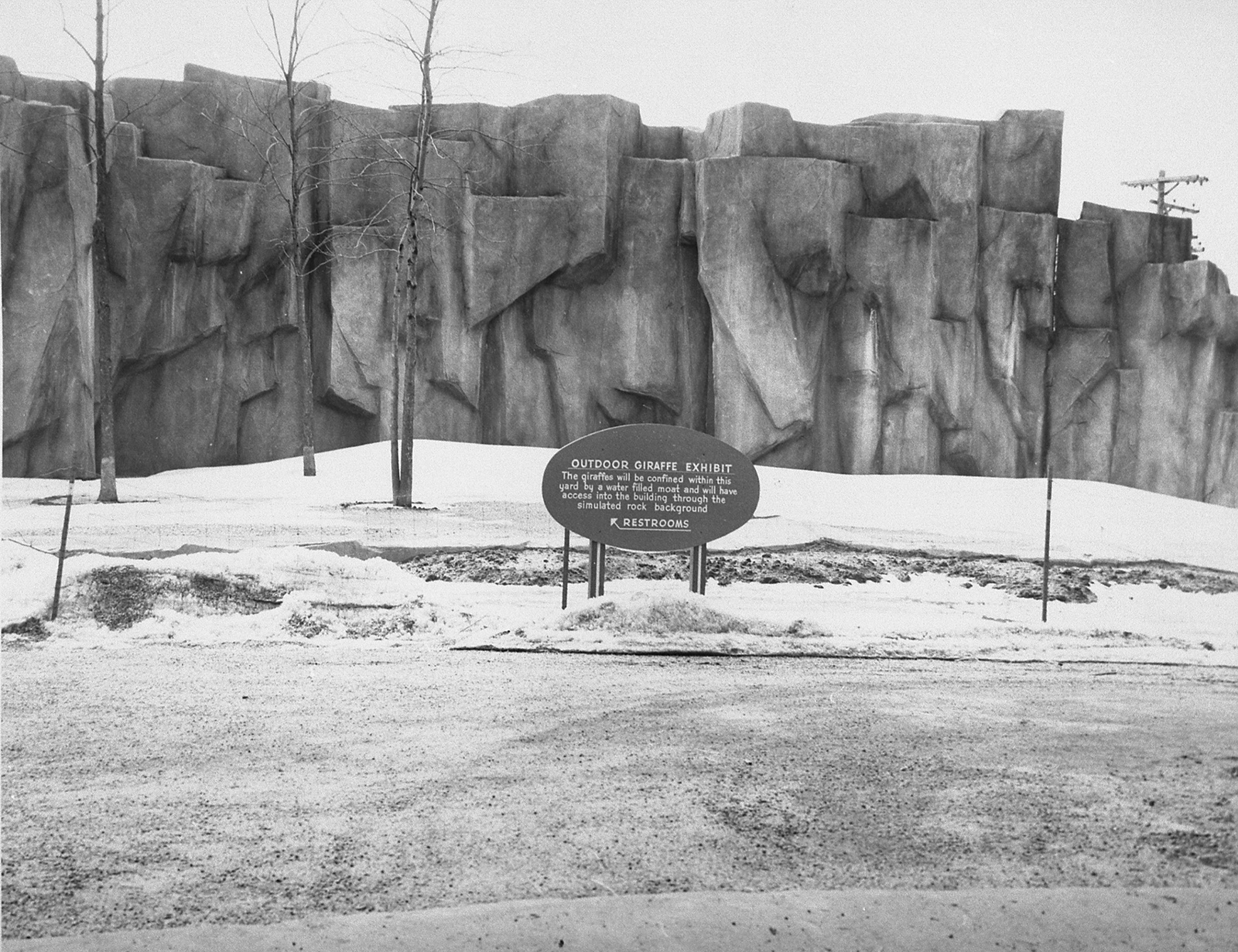 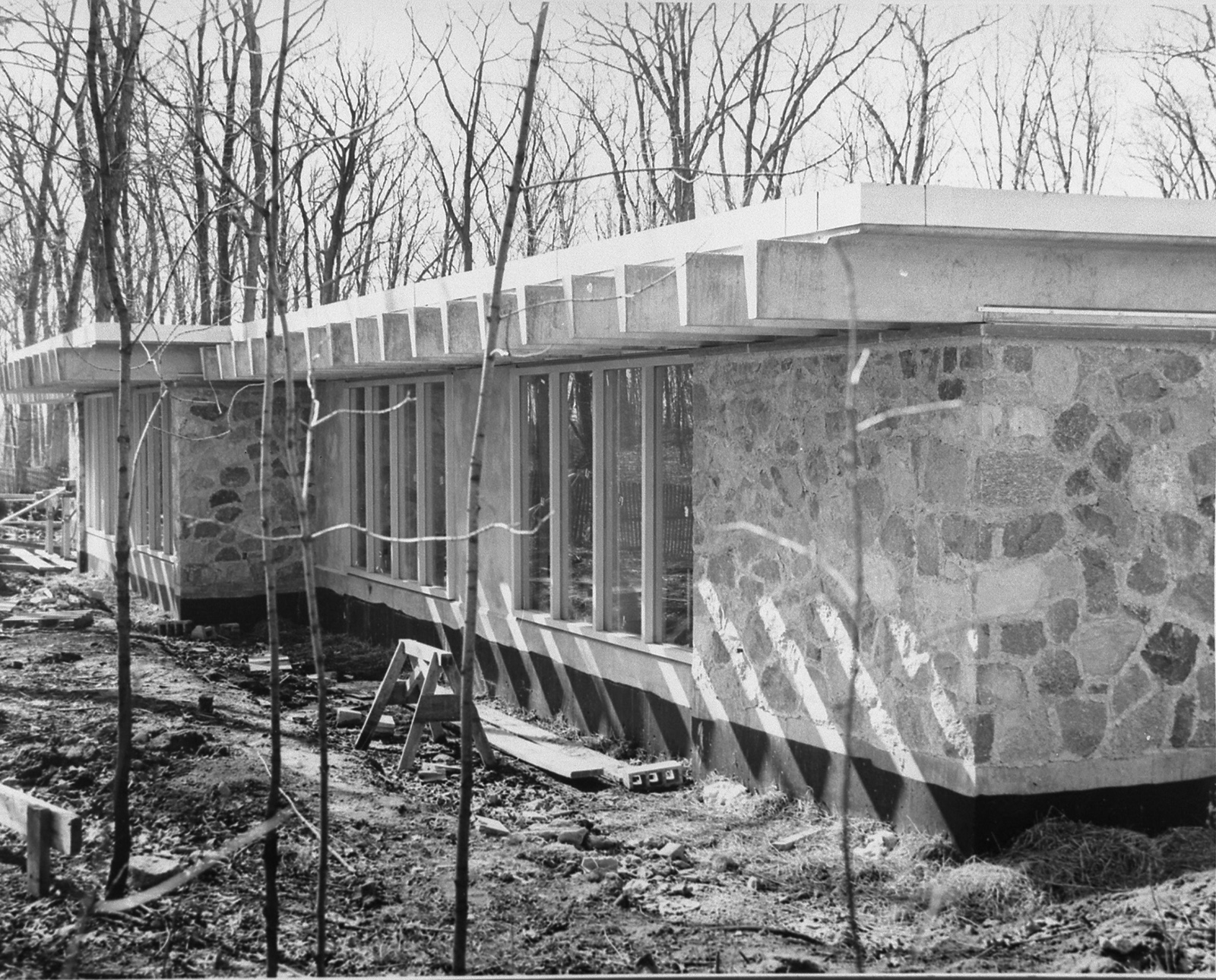 There are another 14 Washington Park Zoo images, including a map of the zoo exhibits here.