A peek in the old Pabst bottling house renovations

A year before it is slated to open in the former Pabst Brewery's Building 29, the new international student housing development under construction at 10th and Highland was open Monday for peek into the progress.

A year before it is slated to open in the former Pabst Brewery’s Building 29, the new international student housing development under construction at 10th and Highland was open Monday for peek into the progress.

The project – designed by HGA’s Jim Shields – is a partnership between Zilber Property Group and Blue Ribbon Management and is leading to the renovation of the old Pabst bottling plant, a sprawling structure that was erected in three phases, from 1889 until 1912.

"Building 29 will be converted into a full service education and housing complex, dedicated to serving the needs of domestic and international students," reads the Blue Ribbon website. 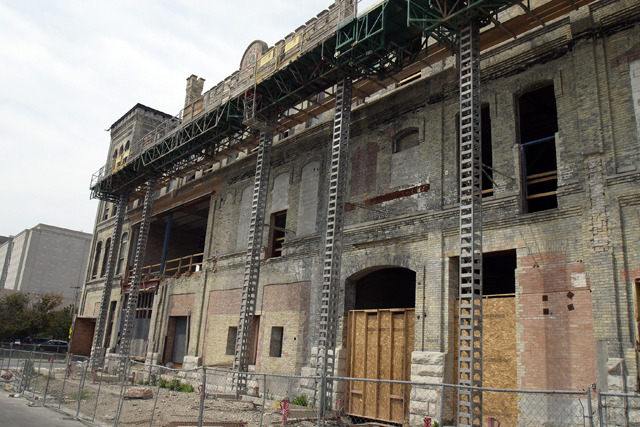 "The facility will include a fitness center, classrooms, retail, and food market. The mission is to promote cross-cultural understanding, mutual respect and friendship among local residents, guests, and scholars. People of all ethnic and socio-economic backgrounds reside in the Metropolitan Milwaukee area and the project will help to bring the people together through the forming of community."

I first saw Building 29 about five years ago when it was a peeling, crumbling shell of a manufacturing building; one that Ald. Bob Bauman says was "on the bubble" in terms of demolition. 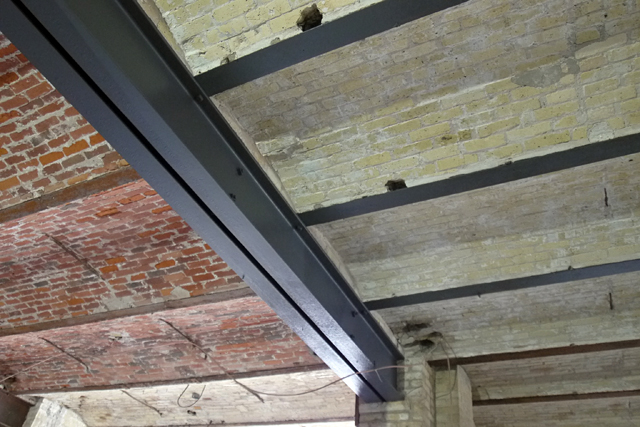 "Eleven years ago when the original Pabst City development was being discussed, nobody knew what to do with this building," Bauman said, standing amid the forest of wooden supports that hold up the cream city brick structure. "It was very big. It required a tremendous amount of money to restore or to reuse for any purpose.

"The malt house across the street, perhaps the most challenging building on the site in terms of its interior design and construction, was going to be torn down. A lot of the other buildings were all in jeopardy. The Pabst City project fell through and then Zilber stepped forward and took a shot at doing a master plan for development here. We now see the results."

In this case, the results will be three floors of single- and double-unit housing units – more than 400 beds all told – for college students attending local colleges and universities. And they will be dramatic. 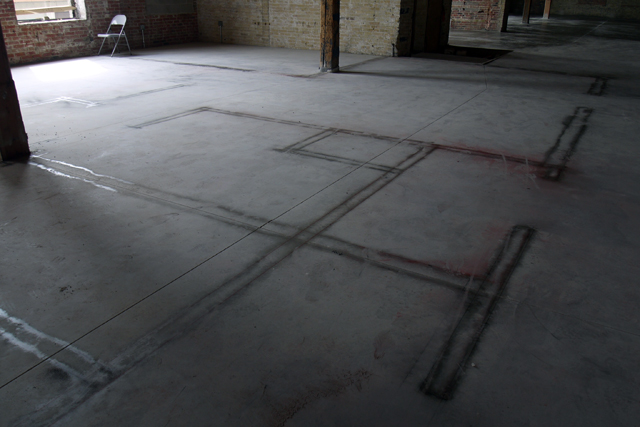 Units will have the tall windows that have been a feature of the building since it went up more than a century ago. Some will have dramatic views of Downtown and nearby landmarks, like Trinity Lutheran Church. 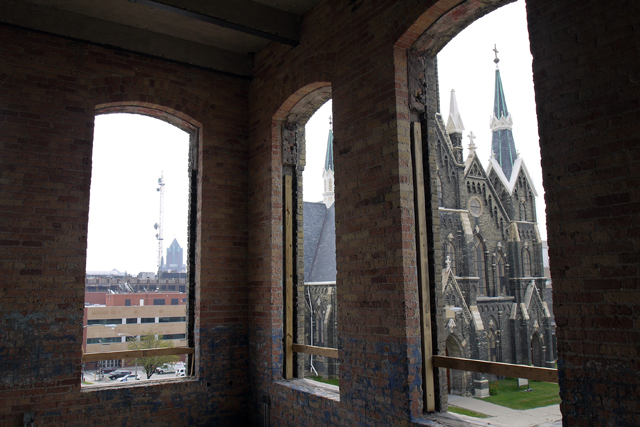 And there will be more daylight than ever flooding into the building thanks to Shields’ design, which includes a pair of atria.

"The biggest challenge was doing enough to make this a useful building for people to live in and not ruin it to the extent that we’d lose historic tax credits," said Shields, who noted that his grandfather used to work at the building as a teamster for Pabst. 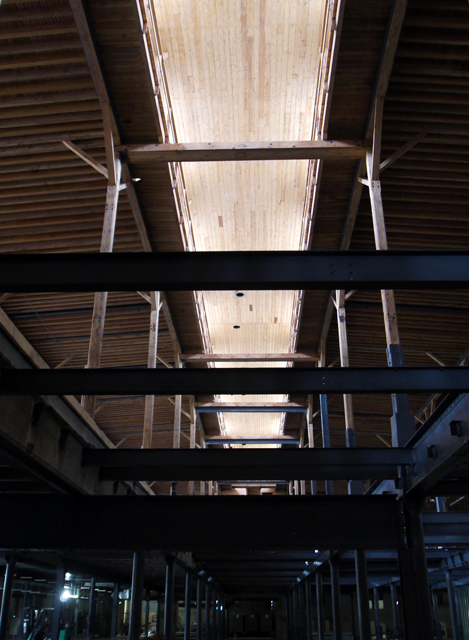 "So that was a really big challenge finding that line to make the building work but no so much as to irretrievably change it. One of the solutions here was to open up two atriums. We’ve removed the floor in these areas so we can let daylight down. But also to bring back some of the lost skylights. Those are going to be letting daylight into the atriums that are going to allow these buildings to breathe and to provide the level of day lighting that the building didn’t already have."

Among the work that has already been completed has been the restoration of the brick walls and the wooden support structure, which have been stripped of copious paint.

"When first this building was seen by those of us who walked around with Joe Zilber before he made the decision to purchase this whole big project, the insides were blue, Pabst blue, grey and many different colors. So you are seeing for the first time the way this building looked when the first workers walked in here (in 1889)." 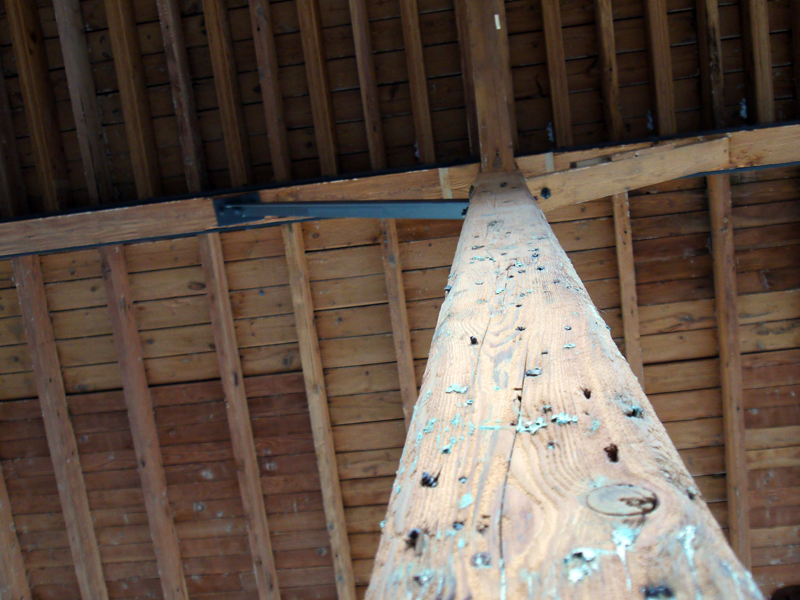 Shields noted that restoring some of the building’s original materials was another challenge.

"Sometimes finding the right material (was difficult)," he said. "For example we have to find a lot of stones for areas that were demolished or that had fallen apart over the years. And the most difficult stone, surprisingly, we finally found in Cleveland.

"It was actually quarried in the Cleveland quarry that opened in 1868 and we’re getting the same sandstone they used on City Hall tower for the replacement stone for example for all the caps on the parapets. We had to really search and do investigations to find the materials to put this building back and meet National Register criteria." 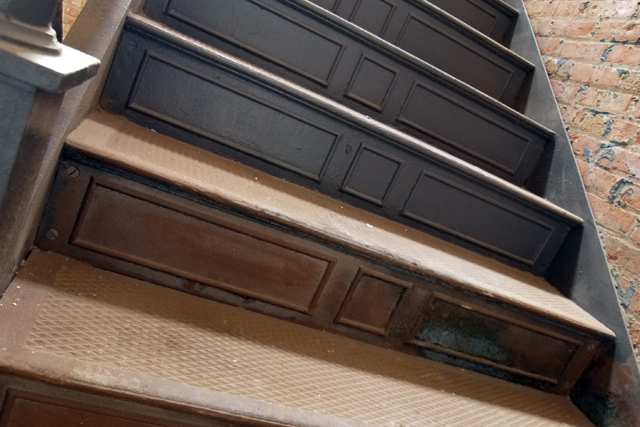 While the project doesn’t yet have a name – everyone is still calling it Building 29 – it is coming together, including on the lower level, which will have amenities for residents, like a gym, study rooms and common area, but also a food court, convenience store and coffee shop that will be open to the public. 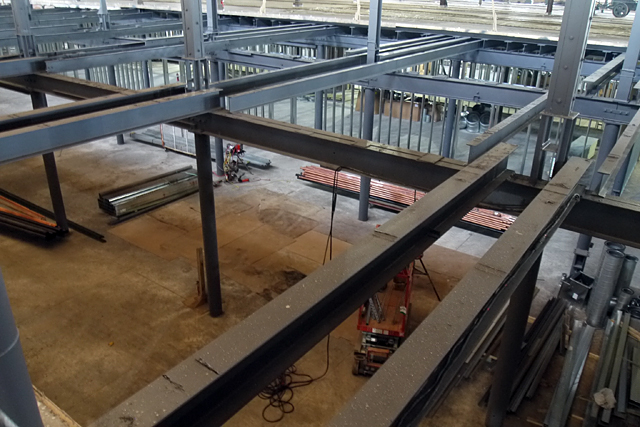 "Perhaps what’s most exciting to me on this project in addition to the new residents that will be brought into the neighborhood and, of course, the tax base that will be created by this building being renovated and upgraded is the fact that there will be a lot of amenities in this building ... which has been a major demand of the folks who do live here."

Bauman said as neighborhood development continues, he expects Building 29 to become a locus of activity for residents. 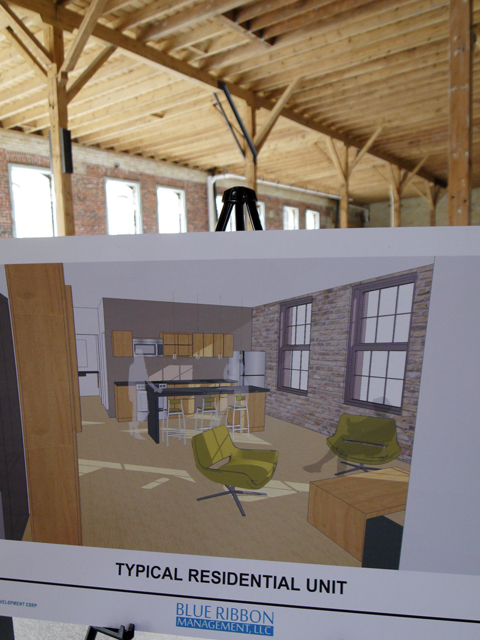 "There are already two residential properties up and running on this site," he said. "A third residential property is under construction, soon to be complete. This will be a fourth residential site. The malt house is planned to be a residential location already. That’s a fair amount of people. That’s getting up to the 1,000 residents range and one of the complaints of the residents is that there’s nothing to walk to. ‘Yeah, great buildings but it’s all a bunch of wood and concrete and mortar but there’s really no neighborhood here yet. Where’s the neighborhood?’ 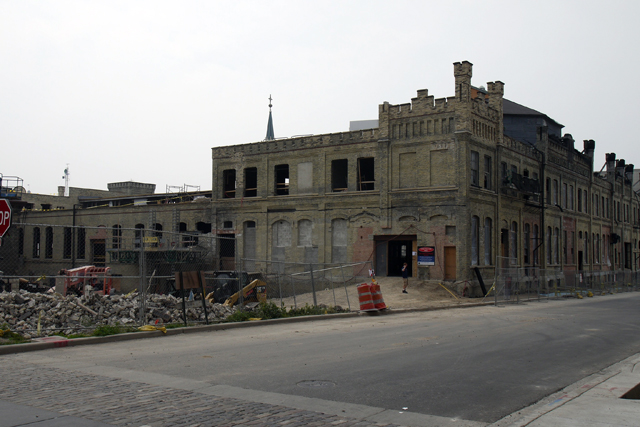 "This will be the neighborhood, the focus point of the neighborhood and will provide those amenities and I suspect you’ll see a significant acceleration in the attractiveness of this area for not just residential but for commercial, office and retail as well. Because you reach critical mass and suddenly the location is in very high demand."

The project is expected to be complete next spring, with a "soft" opening for some residents in June and a complete launch in time for the 2016 fall semester.

Downtown BID to award $100,000 to small businesses through MKE It Back program

MMAC to move headquarters to The Avenue

Downtown gets new wayfinding signs ahead of big tourism events